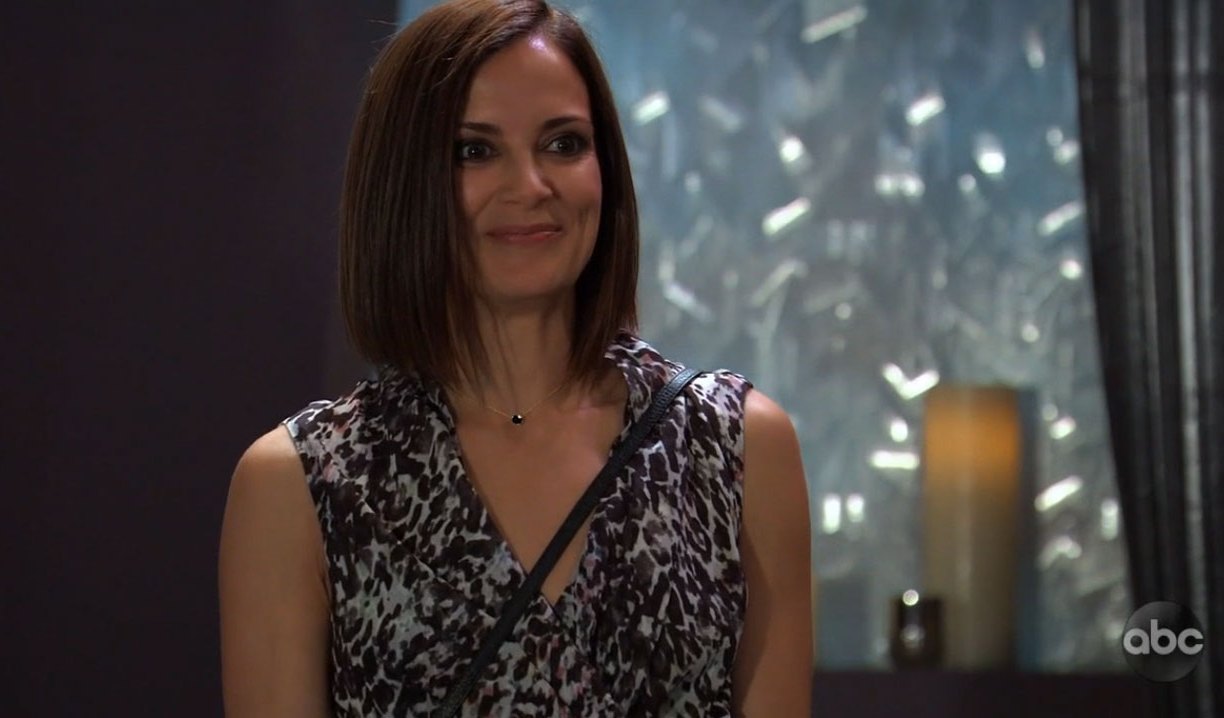 This week on General Hospital felt very much like a filler week. Several episodes didn’t really advance any of the storylines. We almost made it an entire week without Shiloh, but the snake showed up on Friday. That episode also finally moved Drew and Jason, and Nina and Willow’s storylines forward.

Is this it for Dante?

In the resolution to last Friday’s cliffhanger, a crazed Dante got a hold of the guard’s gun and fired off a shot, hitting Peter in the shoulder. Everyone was faced with how sick Dante is, and that he may never get better. Lulu has been left in limbo for a long time and this storyline needs to be resolved. Friday’s show had Lulu being served with divorce papers from Dante. While sad, Lulu needs to find closure and move on with her life.

After Sibley channeled Kiki, it sure seems like the psychic isn’t a quack and has the gift. Watching Kiki read Ava the riot act from the other side was amazing, but at the same time it is dragging out Ava’s grief. This was supposed to be about Ava getting closure, and that isn’t happening. Kiki is becoming the new Morgan, mentioned more in death than when she was alive. However, what had me most excited about their whole seance was that Sibley couldn’t feel Nikolas’ presence on the other side. That, combined with all the recent talk about him, has me hoping the Cassadine will return to challenge Valentin. Let’s not forget, it’s a Cassadine who seemingly abducted Cassandra the last time we saw her.

Nikolas has been mentioned how many days in a row now? Soap lingo for “Prepare for that character’s return, dead or not.”

You are all very sweet to be so loyaI as you always are. I know they are talking about Nikolas as of late. I’ve always said I would never close that door from my side. I just want to thank you all for always rooting for me and the character. I grew up with him as many of u have.

We’ve learned that Hayden is conspiring with Jax against Valentin. Given her closeness with Nikolas and Spencer, her wanting to seek vengeance makes sense. But what’s Jax beef with the guy? He only recently met Nina. Is he that obsessed with her that he’s determined to take him down? Did he buy Crimson in part to get closer to Nina? If so, that’s an extreme level to go to because you like someone. Jax seems to be scarily obsessed with Nina.

It seems impossible, but we almost went an entire week without Shiloh. Come on writers, did you have to spoil our Friday by making him reappear, and get out of jail on bail? Willow, Brad and Lucas got the good news that Shiloh’s custody case has been suspended pending his criminal trial. He also has to begin the case from the ground up, and all evidence he’s collected has been thrown out. While all great developments, like I blogged about in last week’s Deconstructing GH: Shiloh has a way of evading the law and I’m sure he already has a plan to go free. Meanwhile, Nina discovered Willow’s connection to Shiloh and realized her fight with her may have tipped Shiloh off to his child. I was floored that Nina actually felt bad for how she treated Willow for once. When she told her Aunt Liesel she had done something horrible, Liesel responded in true Obrecht fashion with one of the best lines on the show in ages. She claimed not a day went by where she didn’t do something bad and that it was, “good for my soul and builds characters in others.” Nina apologized to Willow, and started to see that they were a lot more alike than she realized. It’s good to see this pointless year-long spat finally resolved.

He can’t be gone that easily, is this the calm before the storm?

I was really glad to see Drew and Jason grabbing beers after working on Oscar’s treehouse, and Drew suggesting they try and build some type of relationship. I have been waiting for this, and it seems taking Shiloh down could see them working together. It looks like we may finally get some answers about Drew’s past as well, at least what Shiloh knows about it. Shiloh recalled waking up in Afghanistan after Drew saved him, but is that what really happened?

I’m not feeling the story with Dev. He’s a good actor, but so far it’s just a nonsensical and non-important story that appears to only be to build up the teen scene in Port Charles. It seems a little too obvious Dev and Joss will inevitably become involved, and he will have some shady past just as Jason has warned of. Wake me when it starts to get interesting.

Deconstructing GH: Enough With the...