Deconstructing GH: Enough With the Drugging and Sexual Assaults 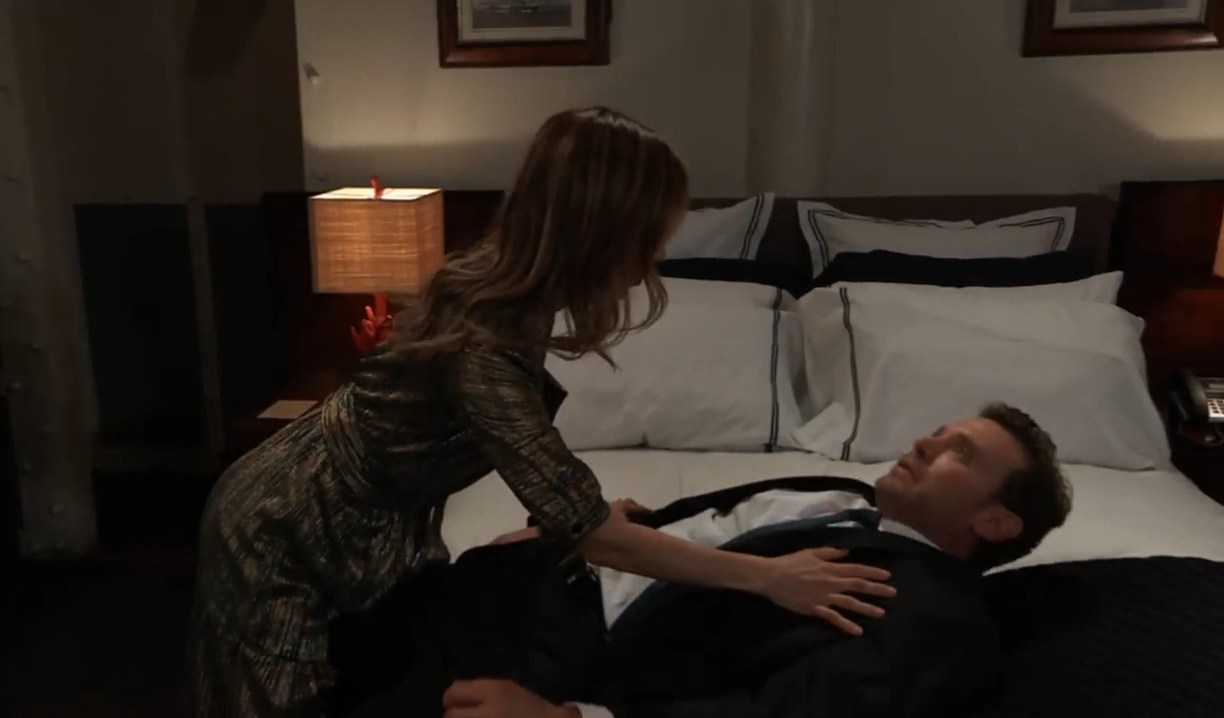 This week on General Hospital, tensions ran high after another eventful wedding reception on The Haunted Star. I blogged in last week’s Deconstructing GH nothing good happens at parties on that boat. Compared to other parties on that boat, the disruptions were fairly minimal, though a lot of shady stuff was going on in the background. Then there was Shiloh, whose downfall appeared imminent.

I’m not even a Friz stan, but I’m looking forward to this week. I’ve had enough of the dead kids, diabetes and carrots. #GH

Franco and Liz’s wedding reception was one of the best episodes in a long time full of classic soapy goodness. Even through all of the twists and turns, they still ended up with a lovely reception that wasn’t totally ruined. Cam, Jake and Aiden performing was a nice touch, and I almost hit the floor when he referred to Franco as their father.

Drunk Obrecht brought some comedy to the event, but the situation turned serious when someone pushed her off the boat. Valentin and Brad appear to be the main suspects, because she has secrets on both of them, though Obrecht is focused on Hayden. I’m honestly shocked she didn’t suspect Valentin, who has threatened her on numerous occasions.

Hayden made her return when she walked into the reception, and hilariously Finn couldn’t seem to stay far enough away from her. It was shocking that everyone acted like she just left yesterday when it’s been a few years and she basically ghosted them all and went into hiding for a good period of time. We still don’t know where her child with Finn is, and now she has some secret arrangement with Jax, who she somehow knows. Hayden is obviously still as mysterious as ever, and I’m so glad she is back.

More: Read about the blackmail on the latest episode of Ambitions

Kim lost her marbles, drugged Drew, and was about to rape him during the reception in order to get pregnant with Oscar 2.0. Thankfully Julian caught and stopped her. I can’t believe she went there, and that the powers that be did as well. We just got over watching the uncomfortable scenes of Shiloh and the drugged Sam, only to have to sit through Kim about to sexually assault Drew. I’m equally as shocked that Drew seems to have gotten over what she did so quickly. At least she’s finally getting professional help.

Veronica Cartwright began airing as Sibley Gamble, a psychic that Ava hired to make contact with Kiki. I admit I have a soft spot when it comes to soap psychics. I enjoyed her introduction and that she has ties to Nina and her mother Madeline, and Nina thinks she’s a fraud. That’s a tidbit that could be further expanded on should the writers choose. Even though Cartwright is only scheduled to appear in a handful of episodes, every soap needs a crazy, eclectic psychic, and Olivia hasn’t been making much use of her powers lately. Hopefully she’ll have messages for other residents, and who knows, reveal a huge secret.

Last will and testament

The reading of Oscar’s will was a touching episode until it was revealed his ELQ shares were left to Shiloh. I groaned out loud at the thought of Shiloh being shoved into more characters’ orbits. Fortunately, Oscar made a later addition to the will wanting the shares to be used to set up a foundation to help terminally ill kids climb Mount Kilimanjaro. For once things don’t look to be going Shiloh’s way!

In another surprising twist, Harmony’s eyes were finally opened to what she had become as Shiloh’s right-hand woman, and how evil he truly can be. Everything is neatly falling into place for Shiloh’s downfall, which has me concerned, that another twist will have him skating free. Either he’ll hold Harmony’s pledge over her head to force her to not testify, or have her shanked in jail, but I just don’t believe taking this snake down will be this easy.

Are you kidding me with Lucas ripping up the DNA results and throwing them out? Sam pointed out they will still be in the General Hospital system, so I’m guessing Brad or Spinelli will sabotage that. We were so close to the truth coming out about the baby swap!

Wow, Friday’s cliffhanger with Maxie bursting into Dante’s room at the WSB facility as a gunshot rang out was intense. But did he shoot himself, or the other agent that’s been guarding him? Or did the agent shoot Dante? I can’t wait until Monday!

As always, these are only my opinions on the week’s episodes. Please leave your own thoughts in the comments.