Deconstructing GH: It’s Time to Wrap up Ryan and Other Stories 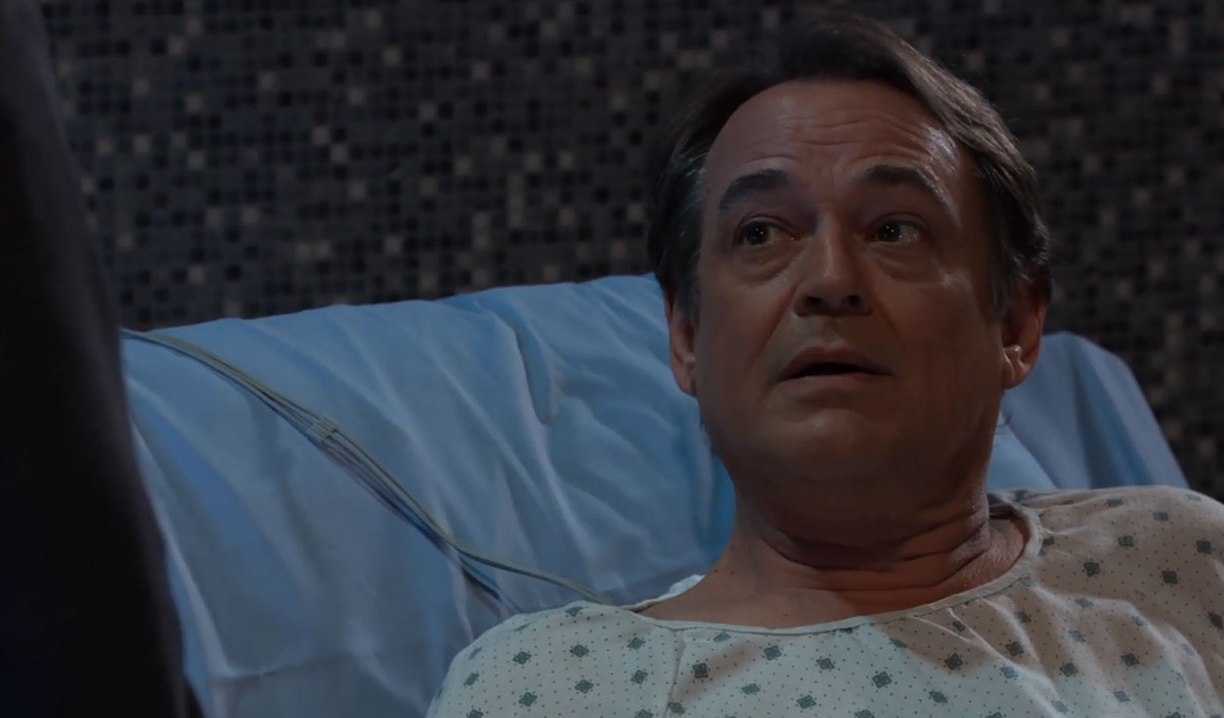 This week on General Hospital, Shiloh was taken down but is far from out, Jordan’s health declined, the tiresome drama that is Willow vs. Nina continued while the Ryan story has gone on too long.

Time to wrap up Ryan

I think most viewers probably guessed Ryan was going to crash the ball, and I noted in last week’s Deconstructing GH Ryan’s return was fun. Ava calling him predictable when he fell into her trap was great, but it’s time to bring this story to a close. It’s gone on long enough. The only thing left is for Ryan to donate his kidney to Jordan and then be locked away like Hannibal Lecter. How they will convince Ryan to donate his kidney should be interesting, because he’s not in the business of saving lives. It was nice to see Jordan admit that the idea of Ryan’s kidney in her creeped her out, which I voiced in last week’s blog.

Drew and Kim departed Port Charles to spread Oscar’s ashes atop of Mount Kilimanjaro. I thought Drew asking Monica for her blessing, rather than burying Oscar in the dark and dreary Quartermaine crypt was touching, as was Monica suggesting they still put a plaque in there for him. I adored Monica also reminding Drew and Jason they were to work on the treehouse together after Drew suggested his twin get a start on it. Way to keep those boys in order! Seeing Monica featured more has really been great.

For some reason, which we haven’t exactly been informed of, Drew sold half his company to Jax. Now Jax owns Crimson and has positioned himself as Nina’s boss, which is sure to create tension with Valentin. It was clear he was smitten with Nina at the ball and plans to give the Cassadine competition. It will be interesting to see the chemistry dynamic between all these characters once Cynthia Watros arrives at General Hospital as the new Nina.

I’m really having an issue with the pledges. Sam and Jason returned Willow and Kristina’s pledges to them and destroyed the rest, but what about the taped confessions they gave to Shiloh that were transcribed? And he still has the knowledge of what was in them that can be used to blackmail people. I know Alexis stated that any copies of the original weren’t legal documents, but this all seems to feel like sloppy writing to me.

Margaux and The Trust

Hold the phone, so now Margaux is in The Trust? And she willingly gave Shiloh dirt on the crime she committed in protecting her mom’s involvement with her father’s murder? I really can’t believe Margaux is being this stupid, especially when Shiloh later asked her to make any evidence that comes out against him disappear. Also, did she not get the tea, tattoo and Shiloh sex as part of her initiation? Did Shiloh just skip those for her, thinking she’d prosecute him? More messy writing!

I just want the whole story to go away.

More backstory the writers didn’t share with the viewers.

I was glad to see Lulu and Liz step up for Willow and present her with a petition from the other parents to keep her job. Meanwhile, Nina continued her harassment and bullying of Willow, which at this point is becoming fast forward material. It’s blatantly obvious that Nina and Willow are being made to hate one another to make the reveal that Willow is Nina’s real daughter sting. It’s too bad Sam and Jason didn’t read Harmony’s pledge, because I’m sure it was about how she bought Willow on the black market. It also seems that when the truth about Wiley is revealed, that Willow will be devastated to learn her child died, and Nina will offer support knowing for years she thought her own daughter was dead. This is all so predictable, that hopefully, something different and unpredictable will play out.

Meanwhile, everyone is doing their best to protect Wiley, including Julian turning to Sam for help. I would love it if the Wiley drama could begin to mend things between Sam and Julian, but when the shoe drops that Julian knew Brad’s secret that the baby isn’t the original Wiley per se, everyone will despise him again. Sometimes it sucks to watch characters dig their own graves.

As usual, this is an opinion column. Please leave your thoughts in the comments.