Deconstructing GH: The big reveal surrounding Nelle was a load of bull 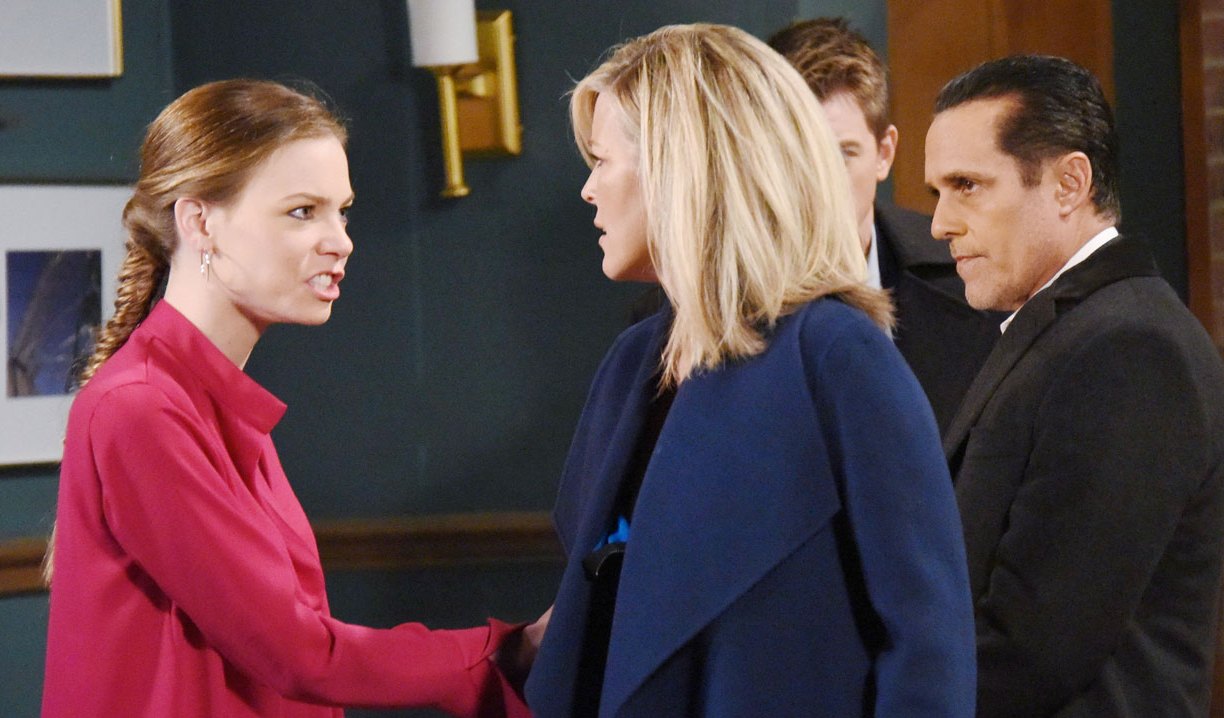 Overall it was a good week in Port Charles. Some aspects of the storylines which were meant to make them exciting actually seemed ridiculous. Sam and Jason’s scenes were very touching. However, viewers waited all this time to find out Nelle’s game and it was a letdown.

Finn saves the day, and the hospital.
Thankfully the dreadful storyline involving General Hospital going under and being sold to developers seems to be over. Now if they could just end Finn’s addiction story I’d really be happy. Finn used the money from his cure for Blackwood Syndrome to inject the hospital with a healthy dose of cash. One viewer though noted something on Twitter that I too thought about.

Brad probably should be relived he still has a job. If GH closed I doubt anyone else would hire him given his past infractions at work. Hopefully though Brad won’t make a stink about not getting his cut, because I found his blackmailing Finn to be a ridiculous plot point. Maybe the writers realized it was bad too, and that’s why they dropped it.

There is only one ambulance in Port Charles.
It took forever and a day for Jason to find poor Sam under the bridge, and she was literally below his feet. To make things even more ridiculous, he called for an ambulance, which naturally didn’t arrive until after Sam had delivered the baby and Jason had to perform CPR to get their baby girl breathing. Scott Sickles, one of the show’s writers, joked that the reason is because GH only has one ambulance to serve all of Port Charles.

Now that GH has been saved, maybe they should work on buying a few more ambulances.

Curses!
While baby girl Scout is safe, complications from birth and surgery left Sam in a coma. A worried Jake told Franco that this was because of Helena’s curse on Sam. I had wondered if they were ever going to bring that back up. For now though, Sam has escaped the curse. Jason and Alexis brought the baby to Sam, which caused her to wake up. As ridiculous as her labor was, the Sam and Jason scenes were incredibly sweet and touching.

Jason's dialogues were right on point this week. Thank you to #ElizabethKorte for knowing Jason & #GH's history @PFossil

The worst brother in the world.
There was something humorous about watching Olivia and Julian bicker this week about which one of them is the worst sibling to the other. I’ve really enjoyed Olivia, she’s a fun kind of crazy, but I don’t know how sustainable she is as a character. Unless they resurrect Morgan from the dead, her days are probably numbered. Then again, given the fact that Julian and Sonny are walking free, I’m sure there is a way for Olivia to as well.

We almost learned why Olivia is after GH, but she had to flee from Jordan and the cops and we never got an answer. All we know is it is something under the hospital. This could be an interesting story, and I’m intrigued to know what it is. Hopefully it’s not a weather machine or ice diamond.

All points bulletin!
One of the best parts about the storyline involving Olivia is the tie in to the past storylines. Poor Anna has enough to deal with what with her cancer, now she’s got an obsessed psycho from the past back for revenge. Friday’s cliffhanger with Robin running straight into crazy Olivia was great. I also can’t wait to see what she has planned for Griffin.

The worst assistant in the world.
In last week’s Deconstructing GH I applauded Liv finally being exposed, and this week I was eager for it to be Nelle’s turn. Watching Bobbie tear Nelle apart was one of the highlights of the week. I loved when she told her to crawl back to whatever alligator swamp in Florida she came from. It’s been long overdue watching her get what she deserves. Unfortunately, just like this entire storyline, Nelle’s exposure dragged out throughout the week. To make matters worse, the big reveal was a real stinker. As many figured, Nelle is Frank Benson’s daughter and he fed her a pack of lies about Carly and Virginia. He got himself into debt and sold Nelle’s kidney for money and claimed Carly asked him to do it for her. Her entire revenge scheme was over a lie. I feel like I just wasted months watching this story to be let down. Wait, I did! To make it worse, Sonny and Carly still think Sonny had sex with Nelle. I was disappointed that as much as Sonny figured out about Nelle’s game that he never questioned if he really had sex with her.

As always, this is an opinion piece. Please leave your own thoughts in the comments.

Deconstructing GH: A lot of...