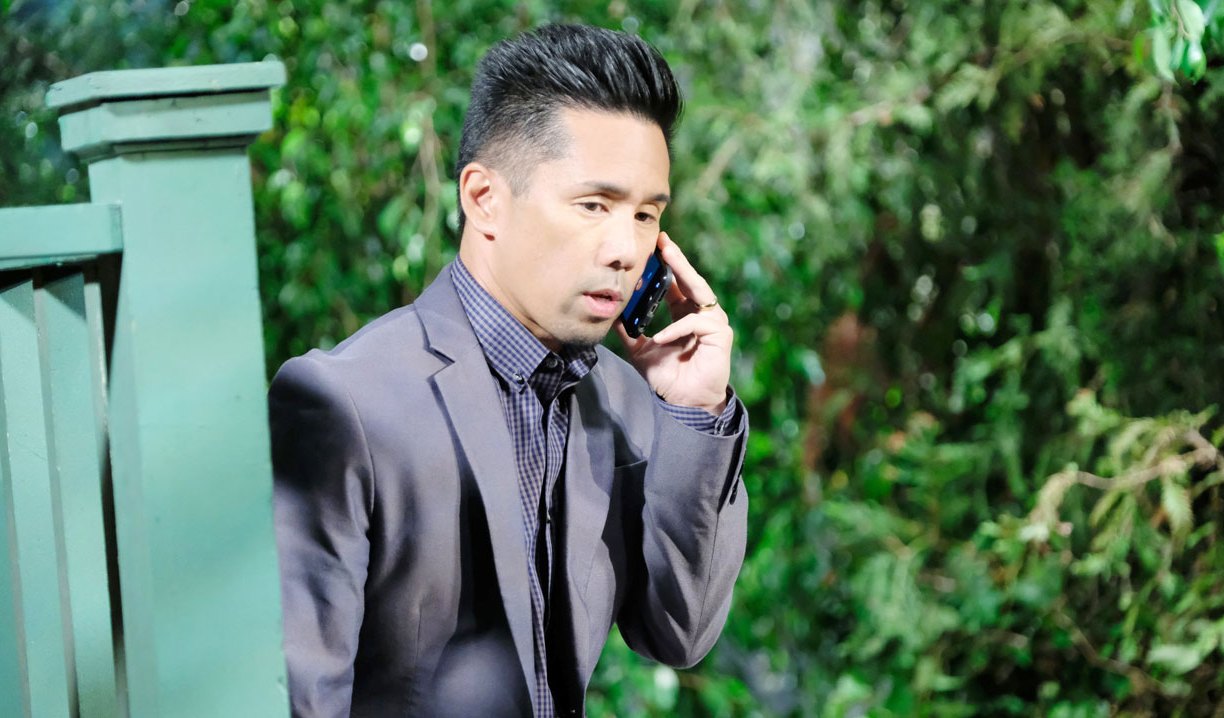 This week on General Hospital was fairly uneventful. Every year around this time, right before sweeps, there is a lull in the action. Fans often refer to it as the dull before May Sweeps. We have the Nurses’ Ball to look forward to, and the inevitable return of Ryan. Good things are coming, but right now we seem stuck watching the creepy Dawn of Day storyline drag out. Friday left us with the cliffhanger of Kevin receiving a package from Ryan, which I think has Ryan’s hand in it. (Correction, the Canadians have Ryan’s hand, unless he somehow got it back from them!)

Dawn of Day, sharing is caring

I thought in last week’s Deconstructing GH that Harmony may be Willow’s mother, but that she could also have some relation to Neil. Well, Willow once again mentioned her mother was involved in Dawn of Day, making me think even more strongly that Harmony is Willow’s mother. If true then I don’t know what to expect next with this creepy cult! Harmony is in love with Shiloh, that’s been made clear, but has acknowledged sharing him with other women has been hard for her. Now one could potentially be her daughter who got knocked up by him. Yuck! I still can’t figure out what this cult is about, aside from being a creepy sex harem for Shiloh. Maybe he thinks he’s a god? Many cult leaders do.

While Sonny is running around like a chicken with his head cut off thinking Kristina ratted out a secret about him to Shiloh, viewers learned what she told him was that Alexis ran Kiefer down on purpose, not by accident. Many viewers suspected this might be what Kristina offered up, and I previously thought if the dirt was on Alexis that Shiloh could blackmail her into legally defending him if he needed it. However thanks to the magic of YouTube, one can go back and rewatch that fateful scene, and Alexis seemed more in shock because of Kristina’s beating and the hit-and-run happened in her state of shock, not purposeful intent as Kristina seemed to claim in her confession. Is Kristina lying, or are Van Etten and Altman slightly rewriting the story?

Of course Kristina did. She is selfish and not a very evolved person. I believe all she says is , “I I I”

Ah, thought so, and yet wasn’t sure bc damn that is both petty and an inaccurate lie. Makes Kristina even less likable bc this was conscious decision, betrayal on her part. Hoping everyone who loves her, Michael included, rip her for it. #gh

Brad has always been morally grey and made stupid decisions, but I never considered him a stupid person. He’s only just joined Dawn of Day but is acting like a brainwashed buffoon already. I can’t believe he lied to Jason about the contents of the goblet he was asked to test just because Shiloh asked him to. Then there is Margaux, who is also becoming a devotee. At least with her, I can understand the need to let go of the past given what she’s been through over the past year discovering her mother’s part in her father’s death, and how she could get sucked in. But Brad? What seemingly rationally thinking character will be next to fall under Shiloh’s spell?

More: Rebecca Herbst and Roger Howarth’s admiration for one another

Franco and Nina’s discussion about their stepkids was touching. Nina has been on my every last nerve lately with her “Charlotte is a perfect brilliant angel” speeches, that it was nice to see her being more down to earth when Franco explained Aiden’s situation. You could see the hurt in her eyes, and I thought her mentioning that she thought this generation was supposed to be “woke” was spot on, as was Franco’s response that people will never stop being mean and hurtful.

Meanwhile, I’ve before said Cam often gives me whiplash with his back and forth attitude. First, he seems okay with Franco, then he hates him, then he’s okay with him again… Then there is Aiden who at first he was looking to protect, now he wishes he’d “act less gay.” As a teen, he’s supposed to be a mess of hormones and indecision. But as a character, he’s making me dizzy from shaking my head. And somehow Liz feels she handled his outburst wrong and he was only trying to protect his brother. No, it sounded like he wanted to make things easier for himself and not have a gay little brother, or at least one that is perceived as gay.

These are only my thoughts on this week’s episodes. I welcome reading your own, which you can leave in the comments.

Deconstructing GH: A Doom and Gloom...