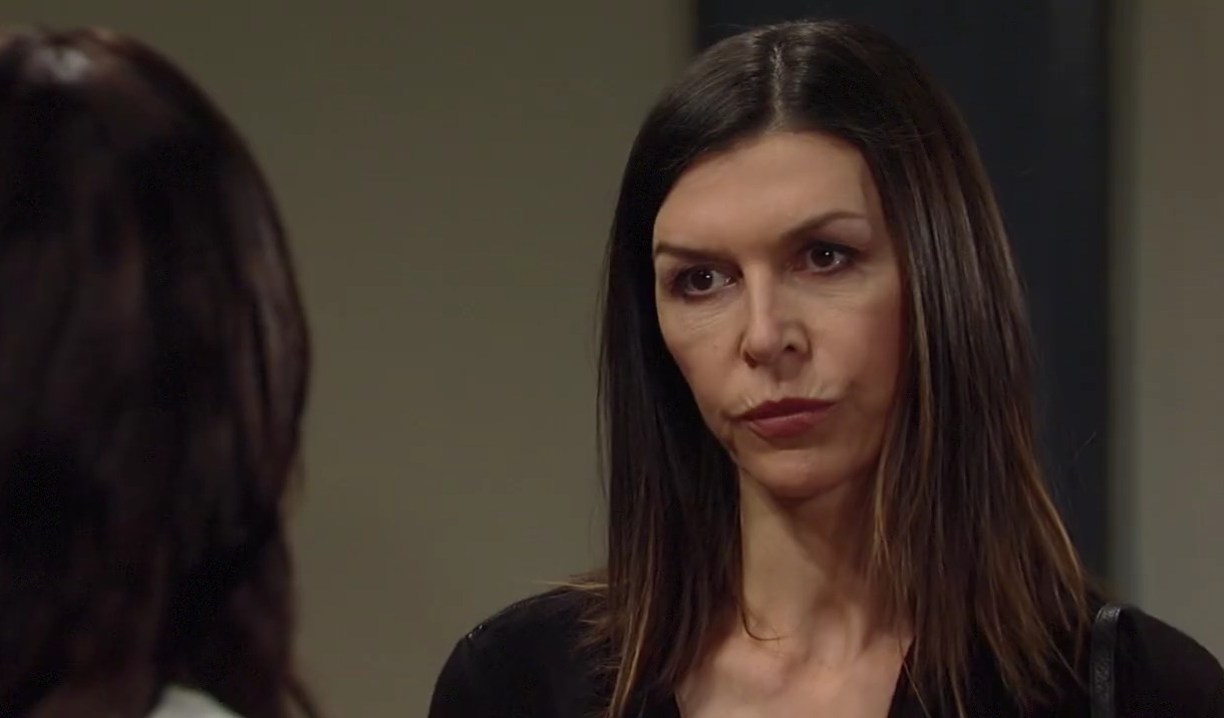 This week on General Hospital, the Dawn of Day cult crossed a line, Oscar is still hanging on, and Anna feared what many viewers don’t want to see happen.

Kristina continued down her misguided and brainwashed path to joining the Dawn of Day trust circle, though she did not seem to be aware this involved Shiloh having sex with her, which would have happened after they gave her the drink that knocked her out. Willow indicated to Chase that there was always free will, and she always willingly was with Shiloh, but what was going to happen to Kristina was date rape. This story has gone from creepy and scary to downright disgusting. Then there is Kristina, who is so far gone she seems to have no problem with the fact she was drugged because of what, she drank the kool-aid they offered her willingly? There have been aspects of this storyline that I found intriguing, such as the cult’s real motives, but now it’s just time to wrap it up.

Yeah, I don’t get Willow, Chase, and Michael all going…we can’t bust them, there’s nothing illegal going on here….??? Drugging women then tattooing them and Shiloh screwing them??? Also can’t stand Krissy being so dumb #GH #GH56 #whatarethewriterssmoking pic.twitter.com/R1uNYcgSJI

Alexis and Sonny both tapped Neil for advice, and both interpreted his advice in different ways. Sonny decided to extricate Kristina by force, which as it turned out was a good decision. I had started to wonder for a hot second if Neil was part of the cult, but it seems based on his story of trying to help someone escape a cult that went horribly wrong, that he may be connected in another way. Maybe Harmony is his ex who left him for Shiloh? I also have been pondering if Harmony could be Willow’s mother? Willow also mentioned a while back that her family was in Dawn of Day and that’s how she ended up there, but lately it seems they rewrote the story and she was drawn in because she felt lost due to her family always moving around.

Well Alexis can never seem to find a normal guy so Neil being the mastermind would fit her pattern. 😂😂

A few weeks back I suspected Alex was dropping hints to Anna that Robin might not be her daughter. This week Anna began to suspect just that. It was bad enough when Altman and Van Etten re-wrote Anna’s past so that she produced Peter with Faison, but now they are toying with taking Robin, Emma and Noah from Anna. While introducing shocking twists to a character’s past on soaps is nothing new, usually, it’s with characters like Jason and Drew who are missing parts of their memories. The rewriting of Anna, while offering Finola Hughes challenging material, is also infuriating for many viewers. The very fabric of who Anna is is being ripped to pieces. Hopefully, this is simply a fake out and the real reveal will be that Peter is Alex’s son with Faison, and Alex doesn’t want that known so she’s distracted Anna with this Robin lie.

More: What makes you hold a grudge against a soap character

The end of Oscar

As I noted in last week’s Deconstructing GH, it’s time to end the Oscar storyline, one way or the other. They are dragging this poor kid’s death out until the end of time. Terry and Monica said he had days left this week, so now General Hospital is tasked with trying to drag a day out as long as they possibly can. And any soap viewer knows that the writers can make a day stretch on for weeks.

Willow and Chase making love and just generally enjoying one another’s company made for one of the happier moments in the week. These two have great chemistry, and thankfully the writers did not play out a triangle with them and Michael, which is where things seemed to be headed. Even Peter and Maxie were sweet, especially when he realized Maxie still wasn’t ready to move on and he promised to wait for her. These moments helped lighten what was otherwise a dark and depressing week on the soap opera.

This is an opinion piece. Feel free to leave your own thoughts in the comments.