Deconstructing GH: Another Action Packed Week and a Fantastic Payoff 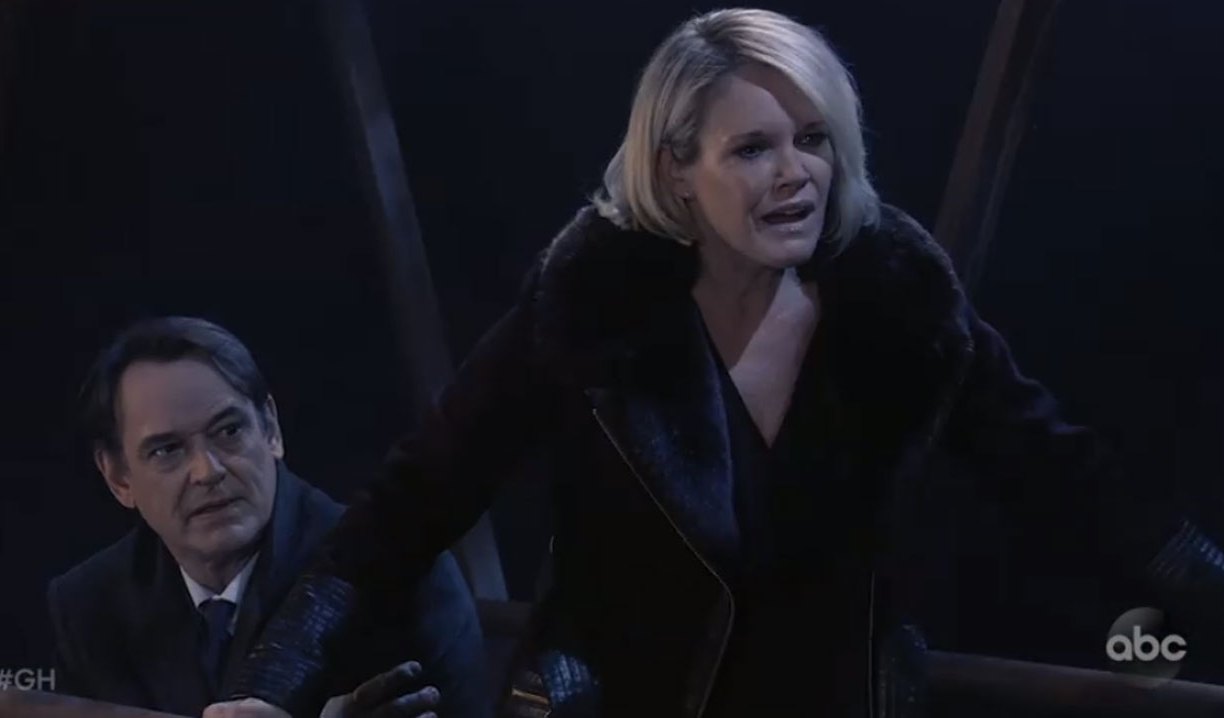 This week on General Hospital, Ryan was finally exposed as the killer, Franco was exonerated, and Sonny and Carly both found themselves in dangerous situations. All in all, it was another excellent and exciting week.

A coffee importer walks into an arms deal

Sonny strutting into the poker game of the Turkish arms dealers and acting like he was going to get the information he needed without them knowing was hilarious. He may be the big don of the Northeast, but he was so out of his league with these guys. A clearly annoyed, and perpetually grumpy, Robert swooped in to save his ass, after already telling him not to get involved and potentially blowing Dante’s cover. At least the show is rectifying the missing-in-action Dante, and hopefully, they do the actor and character justice with this storyline arc. The downside though is Sonny is on the other side of the world as Carly is in her own world of trouble.

Sonny and he’s ego, he honestly thinks he can handle anyone!

Beware the mark of the beast

Sam noticed a bizarre tattoo of Daisy’s, which looked like some variant of Roman numerals, and later Shiloh’s tablet’s lock screen had the same symbol. Dawn of Day is more than just some crazy cult, and seems to be a front for something much larger. What Shiloh wants with Sam is one of the few things that’s still intriguing me with this story, and I still think his father left his pattent to her. As I blogged in last week’s Deconstructing GH, the self-help and energy healing aspects of DoD have gotten to be cheesy.

With Laura’s escape from the basement of Ferncliff and verifying Franco’s statement that Ryan was the killer, the truth was finally made known to all. As frustrating as the Kevin/Ryan storyline was at times, the past two weeks have been worth it. The action, the excitement, it’s all been great and I’m actually sad it’s going to have to end. I would have liked to see Felicia and Mac’s reaction at the confirmation that Ryan’s alive and has been so close to them these past few months. Felicia did seem to figure it out, but it was Laura who confirmed it for everyone.

I’ve enjoyed this ride so much! No fair! #GH

Ava, Carly, you in danger girls!

Ryan taking Carly hostage was unfortunately predictable. From the moment she revealed she was pregnant I’ve been expecting Ryan to jeopardize the baby somehow. Knowing Altman and Van Etten love to create drama for Carly and Sonny, if she does lose the baby with Sonny on the other side of the world then I can see this becoming a major issue for them. Plus there is also the return of Jax coming.

Ava’s discovery of Carly in the trunk was a great scene, and you could see the panic in her eyes. I was disappointed she didn’t call 911 as she initially planned to, but then again, that would have interfered with the big showdown to come. As much as she hates Carly, she even showed a tiny sliver of compassion for her, though likely all because she didn’t want “Kevin” to get in trouble and thinks he’s just having a mental breakdown.

After their amazing and exciting time of being trapped in the catacombs, I don’t know how Joss and Oscar thought running away for a non-parental approved trip to Niagara Falls wouldn’t turn out to be a disaster. Naturally, Oscar had a seizure while away from home and on his own. Fortunately, his friends aren’t completely useless teens and got him to a hospital. Unfortunately, it looks like his time is running out without a miracle cure. Paging Dr. Patrick Drake!

Liz’s not so happy family

Cam’s hatred for Franco seemed to return out of nowhere, especially given he had been getting along with him in seeing how Franco was helping Aiden with his baking and bullying trouble. But, every soap has to have at least one or two teens who hate their parents, or whomever their parent is dating. As I blogged about a few weeks ago, Liz is living in a dream world if she thinks everything is going to go back to being perfect for her and Franco. I am really impressed with the new actress playing Trina. I’m not the biggest fan of the teen storylines, but Trina and Cam have clicked, and her reading him for his pity party in light of Oscar dying was fantastic.

The showdown on the footbridge to Canada between Jason, Laura, Ryan and Ava was fantastic, and I look forward to Ava finally realizing she’s been played by Ryan. However, I wish the weekly promo and commercial had not spoiled the twist of Ryan jumping off the bridge and pulling Ava with him, because that was a shocking scene best left to surprise the viewers.

As always, this is only an opinion column. Agree or disagree, leave your thoughts in the comments.