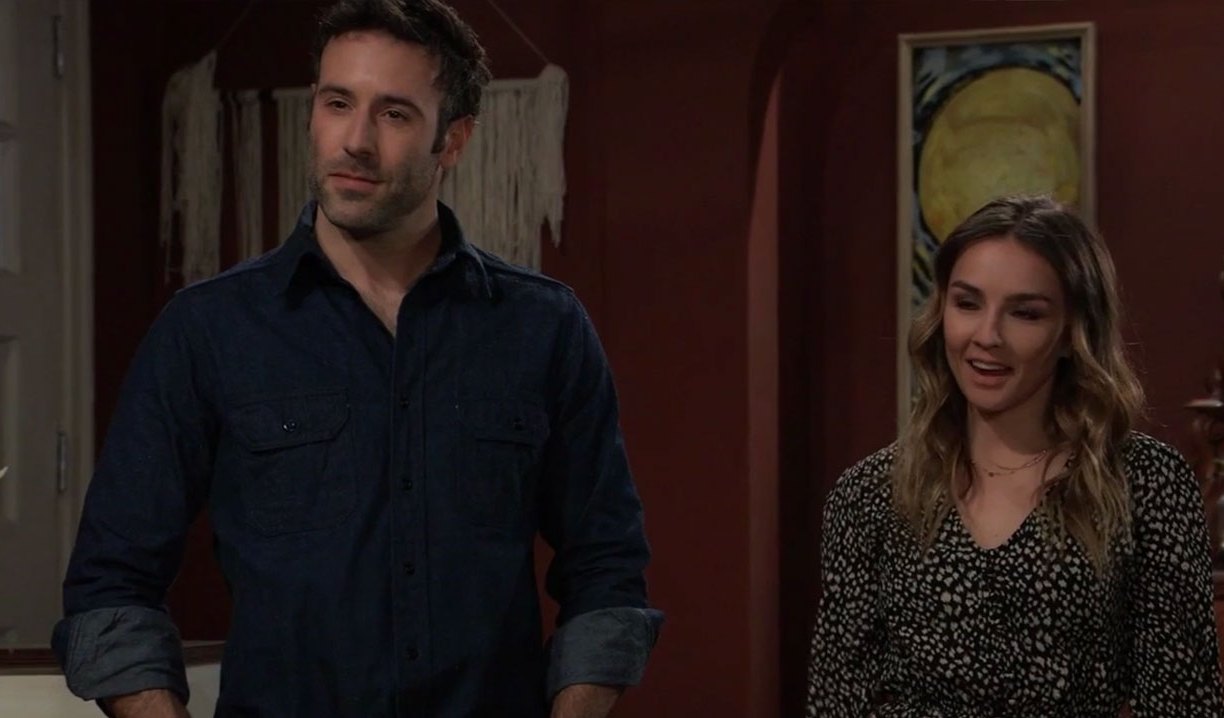 This week on General Hospital, tensions escalated as Franco agreed to Jordan’s plan, infuriating residents of Port Charles and viewers alike, and Ryan took Laura hostage, which we can only hope is a major turning point in wrapping up this story.

Franco’s pleading guilty was infuriating, but not as maddening as Jordan’s plan to keep everyone in the dark. How could this possibly go wrong? Franco was denied legal counsel to advise him if this was a good idea or not, and as far as we know nothing was put in writing about the plan stating this was a false plea. Yeah, Franco is screwed! I was pleasantly surprised that Lulu realized after his plea that something felt wrong and that Ava didn’t go on one of her normal rampages. Even Liz, who slapped Franco, eventually calmed down and both she and Drew realized something was up. So much for Jordan insisting her brilliant plan be kept a secret! Unfortunately, the damage is done, especially between Liz and Cam, with her son suspecting Franco could be guilty. Putting this family back together may not be so easy once Franco is vindicated. Meanwhile, Peter providing Lulu with a backup of her laptop and files should be the key she needs to figure out the Kevin/Ryan situation and likely trigger her memories, but in true soap fashion, when she’ll get back to that could be weeks from now.

Based off Jordan’s prior intelligent ideas? Franco better prepare to get cozy at Pentonville lol

The basement of doom

Laura discovering Kevin at Ferncliff was an amazing scene, and long overdue, and hopefully means we are at the turning point of this story and will see it end soon. Of course, Ryan has thrown them in the basement of Ferncliff, and soaps have the amazing ability to keep characters locked in secret dungeons for weeks to months on end. Heck, Kevin has already been locked up for months! That basement appeared pretty clean, and I can’t imagine employees never go down there. Ryan can’t be guarding them 24/7, so it seems ridiculous they wouldn’t be found. Also, how long can the mayor also be missing before someone starts to worry? With Franco in Ferncliff, I’m guessing he’ll discover them and then be locked up with them. I am looking forward to Franco and Laura’s reunion now that she knows Franco is innocent, well of these latest murders that is.

Laura and Kevin reunite!! I’m so happy to get some truly soapy scenes #GH

Why didn’t Maxie just go to Brad to get a quick DNA test done on Sasha and Nina? It’s taking longer for Maxie to get this DNA test than it did Valentin to fake it. However, I can’t help but think there is another twist coming that will indicate Sasha is related to Nina. She may not be her daughter but could be a long lost sister. Sofia Mattsson has been phenomenal in the role and I could see the show wanting to keep her around in some way.

The cult of stupidity

I ranted in last week’s Deconstructing GH Kristina’s replaced her obsession with Parker with Dawn of Day. Now she’s convinced Michael to lend her $1500 for her enlightenment classes. How could Michael be so gullible? Oh wait, it’s Michael! It seems like many who have had any type of contact with this cult have just gone stupid. Then there is Margaux, who is attending seminars and spilling everything about Drew and the flash drive to Shiloh. I thought she was smarter than this! Maybe she’s been working too closely with Jordan and the stupid has rubbed off on her. Finally, Sam is convinced she can just go off with Shiloh to “The Tower” and she’ll be able to take care of herself. Oh Sam…. Really? One positive development that has come from this is Drew knows Shiloh has a secret that has to do with his missing past, and he’s working with Jason to nail the guy. I really want to see Jason and Drew forge a relationship of some kind. It would make up for the head writers’ complete bungling of Jason’s return.

Blinded by the light

Friday left us with a pretty good couple of cliffhangers. Drew and Jason, the final two patients in Cabot’s program, went blind at the same time. Jason tumbled down the stairs at The Tower, and possibly has blown Sam’s cover. Surprisingly Sam didn’t screw up for once! Drew meanwhile passed out while driving and ran down poor Jordan. And Anna has been told she was given Alex’s memories, to the cheers of viewers who have hoped Alex is actually Peter’s mother. I can’t wait for Monday!

These are only this writer’s opinions on the week’s shows. Please leave your own in the comments! 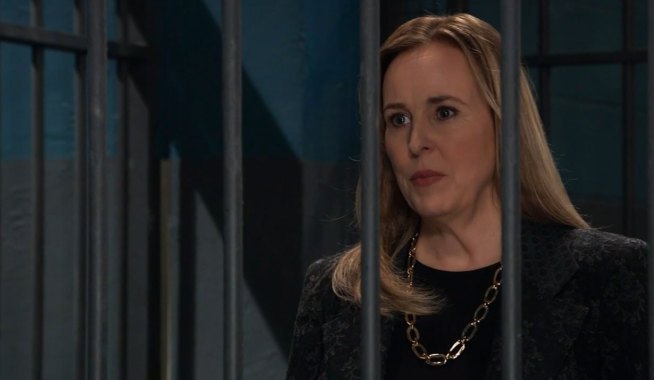 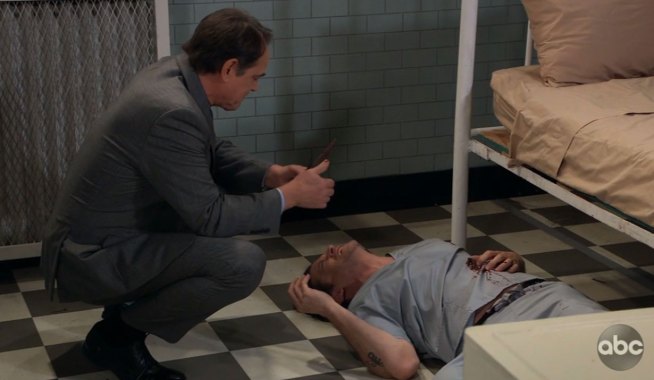