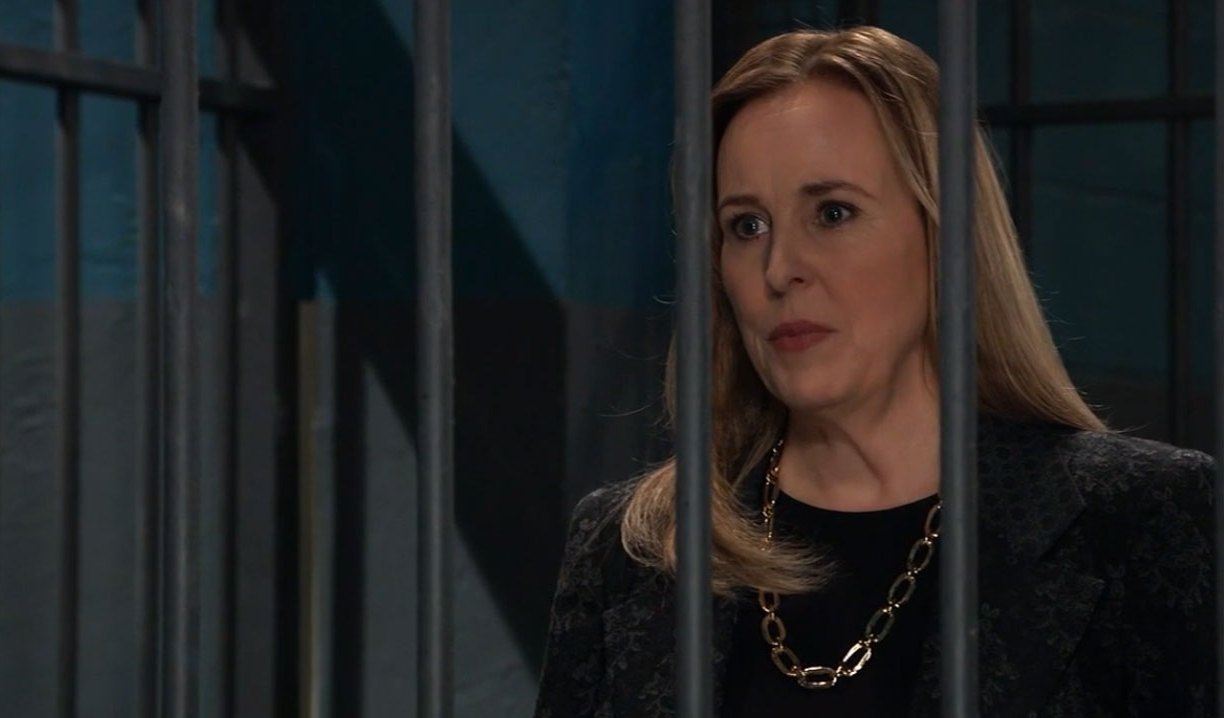 The theme of the week on General Hospital was the many lightbulb moments of realization for several characters, which look to finally move several stalled plots along.

When the photo of Cabot first appeared, and his face was hidden from the camera, I was hoping he would have turned out to be someone we knew like Victor Cassadine. But he’s just some random nobody now residing in a Swiss hospital, who just like his twin subjects has recently gone blind due to a long-dormant virus in his system. However, once he realized he was being played because Anna couldn’t keep her cool, he revealed very powerful people would kill him for spilling their secrets. Hopefully, this will finally play back into Cassandra and who has her, which I really hope is Victor. And how has Anna remained alive and in the spy business this long? I’m starting to think Finn is better at this than she is as of late!

Shiloh’s love and light shtick is getting old, but at least we now know he’s not some selfless do-gooder. His relief that Drew has no memory of his past tells me Drew would know what his real game is. I used to think that Shiloh was involved in Drew’s kidnapping and the memory mapping, which he could still be, but I think Drew figured out Shiloh’s pre-Dawn of Day con, which could have something to do with his father’s suspicious death and a patent that would make him very rich. I’m going to guess that patent was left to Sam, and that’s what Shiloh is after. Then again, this is an intensely large and long con he’s set up with this little cult just to reel Sam in. But that’s a soap for you!

Meanwhile, watching Kristina has become as painful to watch as Commissioner Jordan. She hasn’t become enlightened or grown, she’s just replaced her obsession with bad boys, and Parker, for the cult. Watching Valerie flee from her non-stop gushing about the group was hilarious!

I wish Leah Remini would pop over and end this sad excuse of a cult story. #GH

So many light bulb moments

I ranted in last week’s Deconstructing GH that Jordan’s ineptitude was difficult to watch. With a little prodding from both Drew, who it was nice to see stepping up and defending Franco, and Curtis, Jordan began to entertain the idea that the evidence against Franco was too nice and neat. By the end of the week she deduced Franco was innocent after witnessing his reaction to her showing him photos of Kiki’s murder. Now she has a brilliant plan to catch the killer, and it all rides on Franco. I was pleasantly surprised by this turn of events, but seeing it’s Jordan’s plan, I won’t hold my breath.

Laura’s confrontation with Franco in jail was a fantastically acted scene. As furious as she was with Franco, his remark about Kevin not being the man he thought him to be hit her hard. It seems everyone finally realizing Kevin is acting strangely has hit a chord with her! Later, Ryan fell into the fake prenup trap that Kevin set for him with Laura, who realizes something is really wrong with her husband. Now if only Ava could have her aha moment about Ryan.

I really feared Lulu had stolen Maxie’s brain because she struggled for days with what Valentin was keeping from Nina that involved Sasha, and Obrecht was using against him. With Peter’s help, a lot of it, she finally deduced Sasha was a fake and set out to test her DNA. The number of secrets on the verge being exposed right now is mindblowing.

Liz’s surprise marriage to Franco at the PCPD jail was definitely unexpected, and probably not the romantic scene Friz fans had hoped for. There is always a do-over wedding! Again it was nice seeing Drew be there for Franco, and dealing with Shiloh earlier in the week. Heck, it’s nice seeing Drew do something other than being background support to dying Oscar and crying Kim. Though, Jordan’s plan, teased in Friday’s previews to have Franco plead guilty to lure the real killer out, could screw up his and Liz’s happiness. Couldn’t Friz be happy in their newlywedded bliss for just one day?

I am in shock, as I think others are, that Carly has a bun in the oven. At least they both realized this pregnancy poses problems. I have a feeling this story won’t have a happy ending, and it will be due to Ryan. Ryan’s own daydream of offering Carly and Sonny up to Ava for the killing seemed to be foreshadowing that Carly and her baby could be in danger.

I sick of hearing St Morgan’s name but seriously of all the couples, the writers choose #CarSon to be pregnant

This is only this writer’s opinions on the past week. Please comment with your own!

Deconstructing GH: Dawn of Day Is...