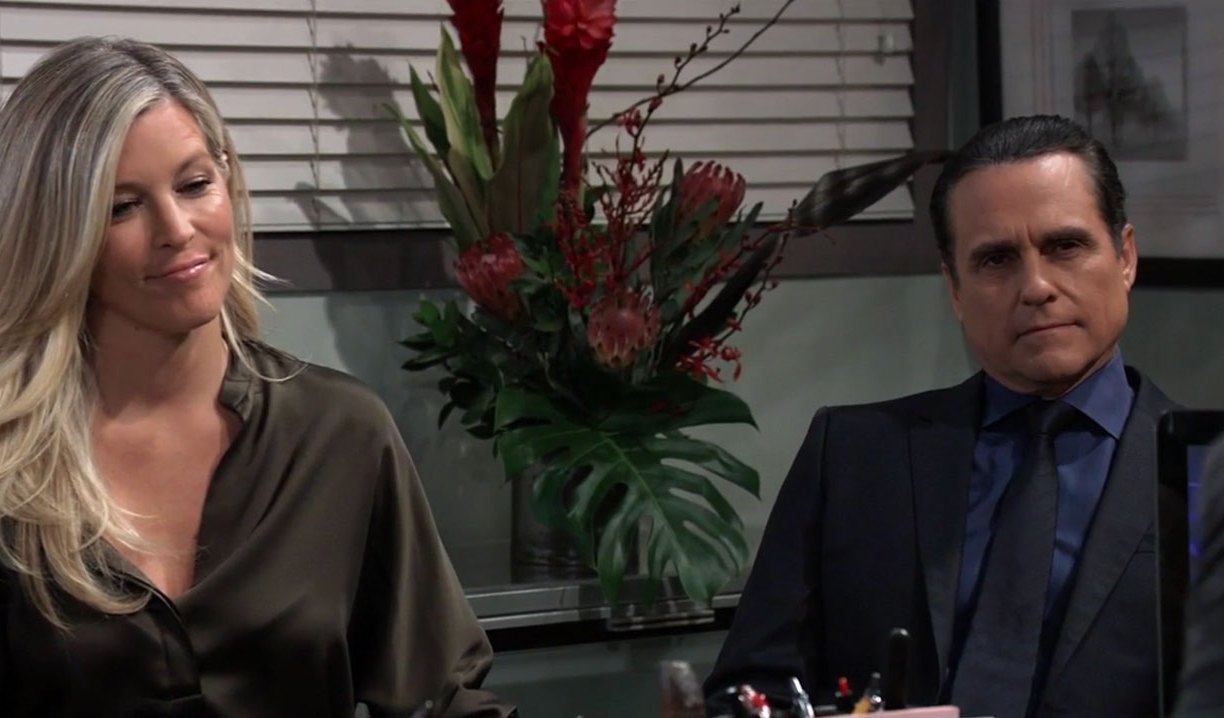 I ranted in last week’s Deconstructing GH that the soap has become depressing. Well, it was another mostly dark week on General Hospital, what with Aiden continuing to being bullied, Mike’s illness worsening, and Oscar still dying.

Not going to happen

Ryan’s decision to kill Carly and Sonny, so that Ava will be free to leave town with Avery and join him somewhere far, far away, was just ridiculous. I doubt there is a single viewer who actually believes the show is going to kill off Sonny and Carly. That being said, Ryan does need to kill, or at least try to kill, someone major to keep this story going. The producer’s death was not shocking, and without another shocking moment, the story is getting a bit stale. Jon Lindstrom is still killing it, pun intended, as the creepy Ryan. After Friday’s episode in which Lulu realized “Kevin’s” list of Ryan’s victims had more than reported on in the press, Lulu seemed to have become Ryan’s next target. Again, there is no way the writers will kill Lulu, but her snooping was eventually going to make her a target.

Franco’s scenes with Aiden, who opened up to him about his love for cooking, were adorable. However, Cam quickly discovered he was still being bullied, and some anonymous kids over a videogame on his tablet were calling him “Gayden.” The writers are definitely hinting that Aiden might be gay, but this storyline could simply be about bullying over a kid that doesn’t conform to what others think is proper behavior. So far it’s been well written and acted, but it is breaking my heart.

#GH Little Jason David aka Aiden Webber (Spencer) has been a joy to watch. That kid is going places.

Not only is the little Aiden actor adorable he is also impressive in this role #GH needs a tad more meat to compete for an Emmy though..the writers just have to trust that he can handle the material

Gail’s will revealed she had left money to the hospital for mental health treatment, but before it could be allocated mysterious conditions, yet to be revealed, must be met. Finally, a storyline that isn’t depressing, seems like it could be fun, and is making use of vets like Monica, Laura and Scott. Unfortunately, the mental health aspect has me worried that somehow Ryan will get sucked into it.

More: GH actresses in the thriller The Wrong Husband

It’s not often I find myself feeling sorry for Sonny, but when Mike didn’t recognize him and sucker punched him over thinking Sonny had stolen his watch, I did. This is another storyline that has been well written, at least the parts not involving the awful Croton aspect, and well acted. But again, it’s another Debbie-downer of a storyline! There is seriously no sunshine and hope in Port Charles these days.

Shiloh’s self-help seminar during which Daisy was verbally beating Kristina up about her past memories of Kieffer finally showcased the cultish side of Dawn of Day. It also seems Daisy is far more than an ordinary member and appeared to be Shiloh’s second in command. I’m still convinced someone bigger is pulling the strings behind this movement, and it’s obviously more than about helping people.

Anna’s recovery from her blindness, after a laser operation, may have set a record for the quickest recovery on the show. They still don’t know how she got the mysterious virus that caused her blindness, but have linked it to a doctor who worked for the DVX and possibly Faison. Their discussion of Faison’s brainwashing, in the same episode as the Dawn of Day’s bizarre therapy session, has me wondering if these stories are linked. I’m also wondering if Finn is capable of being involved in a storyline that doesn’t involve viruses? I get that is his specialty, but other doctors on this show have storylines outside of their work. I’m hoping this will tie into the mystery Cassadine who has Cassandra, which has the potential to be a fun storyline. And right now, this show needs some fun!

Best part of today’s #GH was that #BirdBox2 teaser at the end 😂😅🤣😆 pic.twitter.com/XsbogE1yuH

Just like Britney Spears, oops Nina did it again! She bit off Willow’s head when she brought them less than amazing news about perfect Charlotte, that Charlotte is potentially cheating in school. The way they’ve set Nina and Willow against one another clearly means she’s going to turn out to be Nina’s long lost daughter. This is a classic soap set-up!

As always, this is an opinion piece. Please leave your own in the comments.