Deconstructing GH: Boring and Predictable Amid a Ticking Time Bomb 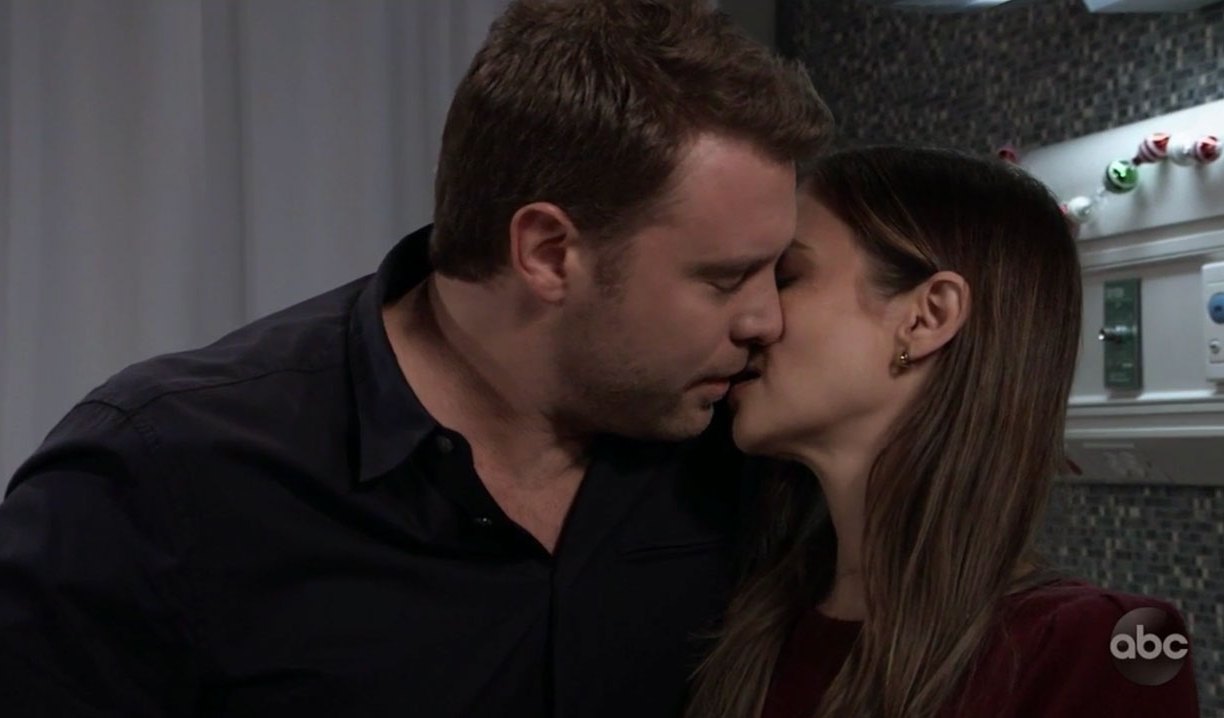 It was a short week what with the Christmas holiday, and next week will be the same due to New Year’s. There were a few surprises, a lot of meddling kids, and Ryan targeted another victim.

Obrecht learned the truth about Brad, Nelle and the baby swap, but has chosen to sit on the information. She’ll likely use it when it best serves her, but I can’t wait for this storyline to end. I have grown to abhor baby swap stories on soaps because they are so overdone. Prison seems to be suiting Nelle though, and it can’t be that bad because she has a stunning new hair color. Elsewhere, Willow learned Michael is the godfather to the boy she believes is hers. I noted in last week’s Deconstructing GH the reveal of Willow as the birth mom will hopefully move this story forward. Willow is turning into a ticking time bomb, and I won’t be surprised if she ends up trying to kidnap Wiley. Baby swap storylines can be pretty predictable.

Whenever Ava is in prison, somehow she always gets a manicure too! 😂😄

It was obvious where this was going

A few weeks back I blogged that I wouldn’t be shocked if Kim and Drew had grief sex should Oscar’s condition go south fast. And while he’s currently stable and in the drug trial, he’s still expressing he wants his parents together. Of course, Joss has now taken it upon herself to make that wish come true, pressuring Julian to let Kim go and to be with Drew. Really Joss? She sure is Carly’s daughter and already knows what is best for everyone! I get she is just looking out for Oscar, but she is still a kid and meddling in grown-up affairs. Kim and Drew don’t need her help though, it was obvious this was the direction the writers would inevitably take. The two are growing closer and now Kim has revealed it was on New Year’s that they conceived Oscar, lighting the romantic flame under Drew’s butt. One thing led to another and the two kissed at midnight, which naturally Julian saw. I really feel bad for Julian, who has feared for a while he would lose Kim to Drew. Kim and Drew later acted like they just got carried away and are pretending like the kiss was nothing, but it will likely happen again. This relationship is just a forced mess, and he has more chemistry with Margaux than Kim. Not that I want to see that pairing happen either. I can only hope this mysterious Hank who claims to know Drew will bring some shocking news about Drew’s past, and maybe it will involve Kim. At this point, anything other than the boring Oscar and Kim storyline would be better material for Drew.

#GH Some random recognizing Drew Cain. Damn it took them over a year to back to this story.

Emma returned, and so far her sole purpose has been to make sure Anna and Finn move in with one another. What’s with the kids in this town interfering with the adults and their relationships? Hayden can’t return fast enough at this point, and are we ever going to find out what Finn’s beef is with his old man? Or has that story been sidelined for another year?

For weeks many viewers have vented about the fact that nobody has figured out something is seriously wrong with “Kevin.” Laura has been suspecting it, and even thinks he may have had a psychotic break. But now out of the blue, some documentary producer has figured out that Ryan may not have died in the funhouse, and could be out there and look like anybody else. Seriously? He was a twin, and he looks like Kevin! That line was ridiculous. Of course, Peyton knew too much and had to die, another victim of Ryan’s. However it was Felicia’s interview, and Ryan’s reaction, that really worried me. He was fuming at her words, and while he’s moved on to being obsessed with Ava, Felicia may have pushed too many buttons and is likely on his hit list.

These are just my thoughts as we come to the end of another year. Feel free to leave your own, and see you in 2019!