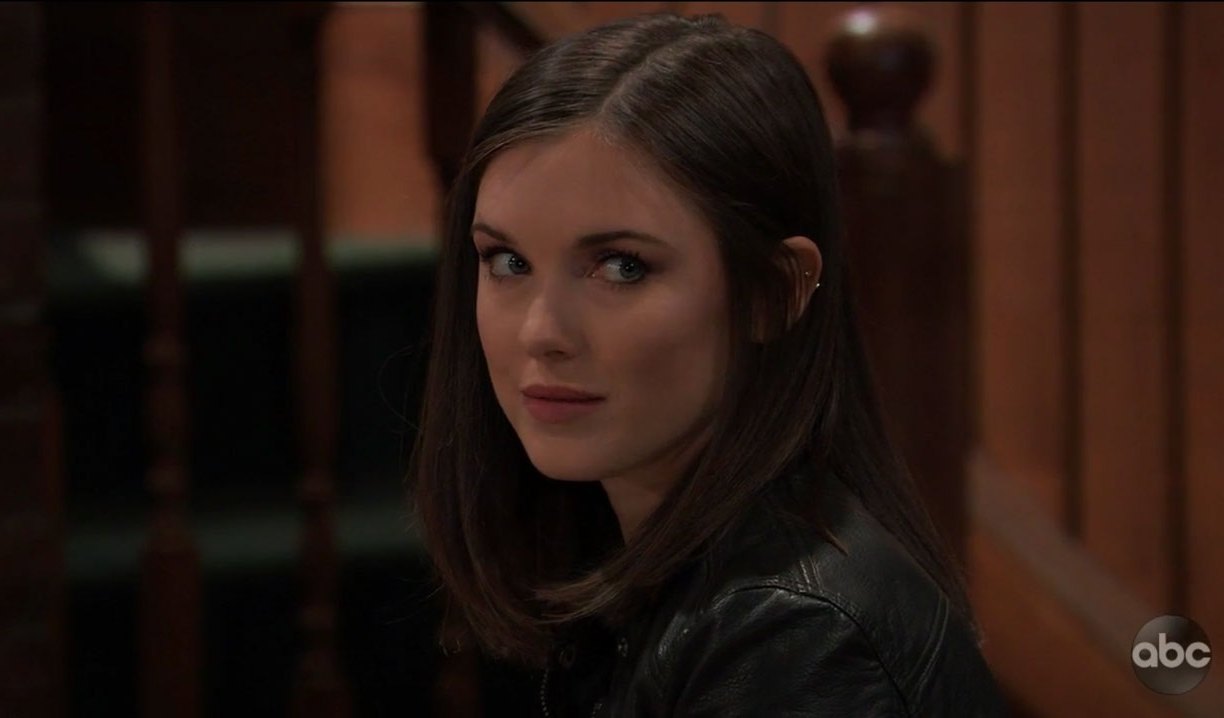 Tensions in Port Charles between characters continue to rise, the truth about Willow was revealed, and Carly was fearful of Sonny falling victim to his old ways. Hopefully, all these slow builds will lead to an explosive New Year’s Eve in Port Charles.

Charlotte’s apology left me flat. I’m not convinced the little girl sees anything wrong in what she did, nor that she’ll actually stop the bullying. Obviously, something is really eating at poor Aiden!

#GH Jason David who plays Aiden is breaking my heart. I don’t know if I’m ready to see where this story is going but this young child is carrying it well.

Mike’s taking off with Yvonne to go to a jazz club seems to indicate he’s getting worse. And while Sonny wants his dad to enjoy these fleeting happy moments, he is being insensitive towards Marcus. It can’t be easy for Marcus to watch his wife cavort with another man because she doesn’t always remember him. At the same time, Marcus doesn’t seem to be facing that the day is coming where his wife won’t remember him. This story is heartbreaking for all involved and sadly we know there won’t be a happy ending.

The writing on the wall

Carly swore to Jason she wouldn’t take Sonny back if history repeats itself and he cheats on her with Margaux, only to get burned by her in the end. Yes Carly, yes you will take him back! Just like Sonny, she has her own mistakes she always repeats. It would be nice if they didn’t play this out to the predictable end of cheating, Margaux finally getting the goods on Sonny, and it all blowing up in his face.

I’m hoping that means it’s the too obvious play now. Maybe the theory that Margaux is Sonny’s sister will play out, especially in light of her scenes with Mike.

Sam’s boring past and Kristina drinks the Kool-aid

I really thought Sam’s past coming back to haunt her would be more interesting than it has been, though it is still early in the story. We know Daisy is involved in the blackmail somehow, and now the person contacting Sam claims they want to help her. It definitely seems like the cult wants Sam, but I don’t see Sam being taken in so easily by them.  With Kristina moving out of Sam’s and in with the cult, hopefully, we will see more hints dropped as to what is really going on with them. This storyline should be more exciting than it has been.

It seemed inevitable the writers would pair Valerie and Kristina, but I found Kristina’s conversation with Val about her dating history a little out of nowhere. Suddenly Valerie had some kind of “weird” experience with a female friend in high school, and her past relationships with Dante and Curtis were more about her seeking comfort in the loneliness of her mother’s death. The writers seemed to be trying to paint a picture of Valerie as a confused lesbian when they could have just gone with Kristina’s explanation that for some sexuality is fluid and you like who you like. I mean, it’s almost 2019 people!

I was really hoping that the writers were pulling a fast one on the audience with Cam telling his dealer he didn’t need the product anymore, because he found another source and baked them into the brownies. Unfortunately, this isn’t what happened, and the brownies were basic boring old Betty Crocker ones. This was a missed opportunity for hilarity and hi-jinx.

This is going to blow up in Valentin’s face

I vented in last week’s Deconstructing GH that the Sasha scam has gone on too long. With Nina and Valentin officially back together, the clock is now ticking down to the inevitable reveal that Valentin has pulled off a baby swap, only with an adult.

It’s a shame that this show is so predictable.

Joss calling Wylie’s naming ceremony a hipster baptism, because it was a baptism without the church, was one of the highlights of the week for me because the line was just so hilarious. Fortunately, it seems the show is finally moving the swap story along. Not only has it been revealed that Willow is the original Wylie’s birth mom, now Obrecht has been clued in on everyone believing Nelle had a stillborn, which she knows is a lie. Obrecht is now the keeper of all the baby swap secrets in town!

Friday’s show was a nice Christmas episode. Chet returned and visited with Maxie, Peter softened towards Anna at her Christmas party, and Monica and Bobbie kept the tradition of reading the Twas the Night Before Christmas and Santa handing gifts out to the kids at GH, with some help from Sonny. The don saved the day by providing a spare Santa suit for Bobby to wear when the normal one was eaten by moths. So, Sonny is Santa?

These are only my thoughts, please feel free to leave your own in the comments, have a Merry Christmas should you celebrate it next week!