Deconstructing GH: The Sasha Scam Story Has Run Its Course 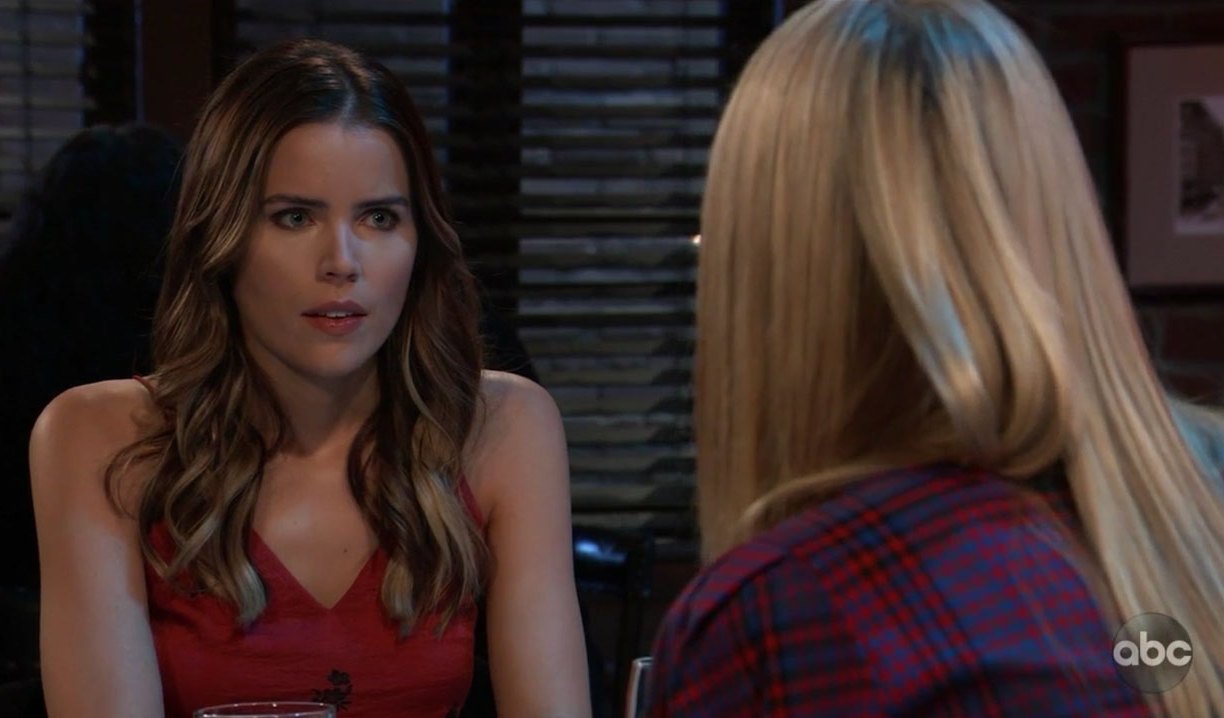 Following Kiki’s funeral, it was a week in Port Charles mostly of building tension between characters. The episodes were good, but it felt like there was a lot of rehashing of plot points we’ve already watched.

Kiki’s funeral was a great episode, and Franco’s speech about Kiki always seeing the good in him and others was heartbreaking to watch. Unfortunately, Ava lashed out at everyone and made it “The Ava Show” as Carly put. It would have been nice to see her do something un-Ava like in that moment and be respectful of her daughter. Carly attacking Ava was a bad move because between that and her tipping “Kevin” off that she knows about Wilson at Ferncliff, she’s just put a big target on her back. Of course, they’ll never kill Carly off.

Chase surprising Willow Tate with a dinner date in his apartment for their first date wasn’t the wisest thing to do and could be conveyed as sending the wrong message. But the way she snapped at and accused him of luring her into his lair was surprising. In last week’s Deconstructing GH I suggested she could be Wiley’s birth mother. The bereavement group could be her dealing with giving him up, and perhaps whatever was behind her hostility has something to do with her choice. I’m glad they worked things out because they are a darn cute couple.

Obrecht gets a leg up

With her back against the wall, Obrecht has found her golden ticket out of the slammer after getting the goods on Valentin and Sasha. Hallelujah! I hope she exposes him because this story has gone on far too long. Sasha and Valentin are constantly doing that awful soap opera thing where they talk about their huge secret out in the open. They can at least go to the park like everyone else instead of always sitting in the busy Metro Court discussing the fact she’s not Nina’s daughter. After ranting to Valentin almost every time she was on screen that she was done with their scheme, Sasha finally left town, but will eventually be returning. Sasha’s likely going to be one of Ryan’s victims only because when the truth comes out there will be no point for her to stick around.

Didn’t we just watch this?

It appears that one of Sam’s marks in the past could be Daisy’s father, and that’s why she’s after Sam. At least that’s what Sam and Curtis’ current thinking is. I hope this isn’t the case because don’t we have enough going on with the Margaux and Sonny storyline? How many “I need to avenge my father” stories do we need?

Carly learned about Sonny’s touching gesture of giving a cold Margaux his scarf and hilariously told him that he should have let the witch freeze. Clearly an epic showdown between Carly and Margaux, likely to be broken up by Sonny, is coming, and I’ll have my popcorn ready.

Drew and the drive

Margaux finally gave Drew the flash drive back, probably the one and only right thing she’s actually done, and later Jason and Drew had another great talk about the situation. I’m loving the civility between these two lately. Jason understood why Drew couldn’t risk the chance and was stuck with Jason’s memories for the time being. It was great they teased the idea that one day they may be able to give him his memories back. Yes please! I think it will open many new possibilities for his character to be developed based on secrets in his past. Hey, maybe he’s the founder of the New Dawn cult?

Lulu finally learned Charlotte was bullying Aiden and decided to set things straight with her daughter, though it seemed Charlotte was not really taking Lulu or Valentin’s words to heart. Why would she when she has Nina championing her as the perfect child, claiming the parents of the other kid should just teach them to be tougher? Nina is out of control, so no wonder Charlotte is a little monster. Hurray for Lulu for not backing down, and boo to Nina for thinking Charlotte needs to be protected from Lulu who is going to stunt the perfect angel’s development.

No disrespect; but Charlotte just rolled in looking a little psycho. #GH

It would appear that Cam has baked some very special brownies that are accidentally on their way to the school bake sale courtesy of Franco.  Frankly, it would have been way more fun to watch Laura, Franco and Liz all dig into them, similar to what happened a few years back on Days of our Lives when Jen, Julie and others ate JJ’s pot donuts.

I hope every character on the show eats the pot brownies…we could all use a laugh. 🎄 #gh

This is an opinion piece. Please feel free to leave your own in the comments.