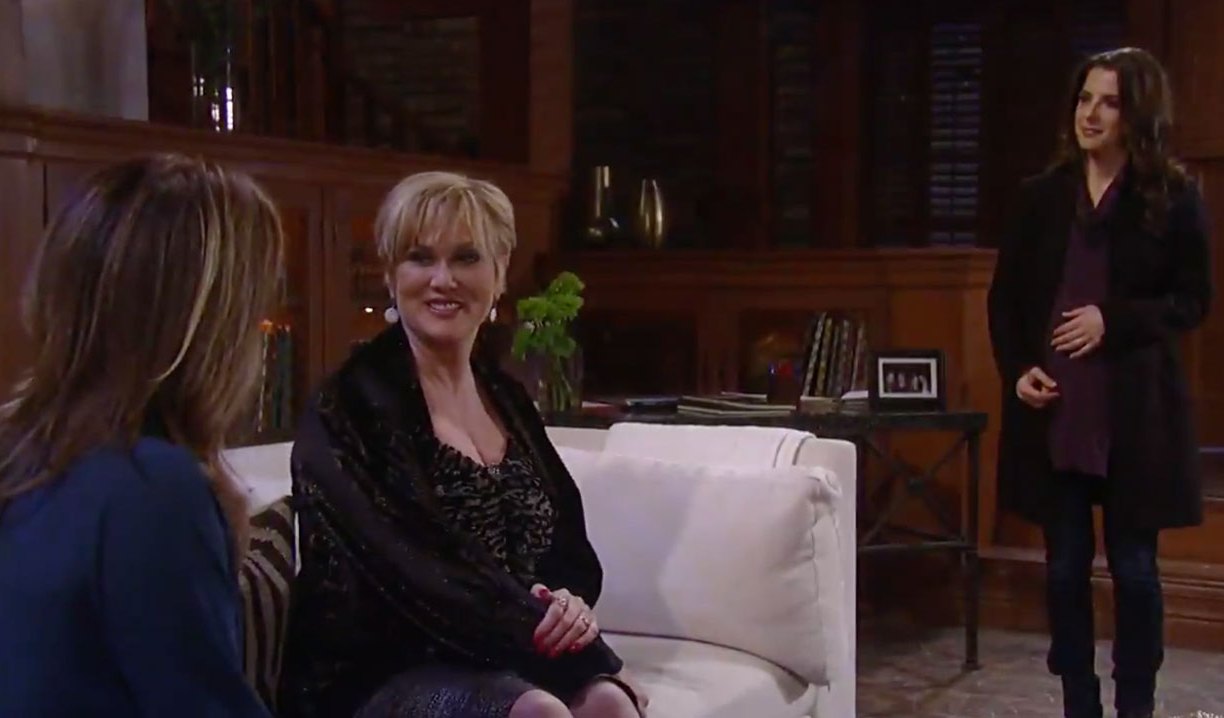 We are in the middle of February sweeps, so characters are making bold moves and rash decisions. Unfortunately many of them are resulting in frustration for viewers. Lulu continued to not listen to anyone, Brad and Lucas were given unneeded drama, and Sonny predictably jumped to the wrong conclusion. Then there is Liv, who should be utilized more than she has been by now.

The battle over General Hospital.
General Hospital is still in the red, thanks in part to Paul’s antics last year. Watching Michael and Hayden try and save it by threatening to slash staff hasn’t been the most exciting of storylines. Maybe they should look at “Grey’s Anatomy” for inspiration on how to do it. The nurses strike could be interesting.

Meanwhile Liv (Olivia Jerome) is out to buy the hospital and has Julian scheming to do so for her. Why? She claims she wants to turn it into condos so nobody else dies there. Is this about Duke’s death again? I am hoping they come up with a better reason for her wanting the hospital, like giving it to Griffin, who is Duke’s son. A lot of viewers seem torn over what to make of Liv. Some are loving her, while others just can’t take her seriously. Hopefully she’ll integrate herself into more storylines soon. Watching her order Julian around is getting a bit old.

I see Olivia Jerome is the same psycho she was back in the 80's. I'm a bit upset with #GH right now, but I'm watching @Tonjawalker scenes.

Unnecessary couple drama.
After months and months Brad and Lucas were finally on screen together, but instead of it being a joyous occasion it was a frustrating one. While Brad has always been morally grey, was it necessary for him to blackmail Finn in order to get royalty fees on Finn’s cure? Finn’s Zen-Zen addiction storyline is boring enough, now they’ve gone and dragged Brad into it, and Lucas caught his husband blackmailing a fellow doctor. Thumbs down to the writers for creating drama for this couple, who deserves a better storyline than this.

More: Grey’s Anatomy recap: Bailey suspends one of the attendings

The most awful custody battle since Kramer vs. Kramer.
Watching Lulu, Nina and Valentin battle over Charlotte has been downright frustrating. Just last week I was feeling sorry for Lulu in my Deconstructing GH column, but now I’m back to not caring. While viewers should be on Lulu’s side, her constantly doing the opposite of what everyone is telling her to do makes it hard to root for her. While I have always been a fan of Nina’s, her desperation for a child of her own has clouded her judgement and she needs to realize that Lulu is her biological mother and was unfairly left out of the little girl’s life. Then there is Valentin, who has clearly spoiled his daughter, which has left Charlotte acting like a brat lately. While she should be rightfully lashing out given all the crap she’s had going on in her life, it’s also hard to feel for her when all she’s doing is acting like a brat on screen.

Sorry Lulu, the courts SHOULD give Valentin sole custody. You're awful and everything Nina said was spot on. #GH

Seriously. Valentin and Nina are acting like Lulu abandoned Charlotte at birth or something #GH https://t.co/YQG33ZBzfM

I would buy Nina wanting Charlotte's best interest more if she hadn't wanted Lulu out the door the moment she found out about her. #GH Jason probably should have been honest with Sonny about what he found, because he should have expected Sonny not to let things go and jump to the wrong conclusion about the evidence, which he did. Given Sonny is supposed to be in the mob, wouldn’t he know Julian’s family history? Wouldn’t Sam or Jason also know this? How they haven’t thought that the sister Julian spoke of was his supposedly dead one is mindboggling, especially given the Chinese characters for resurrection they keep discussing.

Bad romance.
Curtis and Ava’s scenes at the art gallery were great. I would be up for seeing something develop between these two. I was glad to see Curtis give Jordan the boot and condemn her to a boring relationship with Andre. Of course it was double satisfying to see Andre turn around and dump Jordan because he can see she’s into Curtis more than him. Jordan has become a little too high and mighty with her preaching, she needed to be taken down a notch or two.

@BlueWizard75 How unfair of Jordan… She pitched a fit about Andre and Anna, now is all defensive over Curtis. #GH #GeneralHospital

Is Valentin a pain in Anna’s head?
Anna has suddenly been overcome with horrible headaches, just as she’s remembered her past with Valentin. Coincidence? I think not! My first thought was that Valentin had done something to her, but secretly I think he’s still in love with her. Perhaps this love will come out if this turns into a real medical crisis for Anna, which would tick Nina off. Liv is the more likely candidate behind what is happening to Anna given she’s vowed revenge against her. 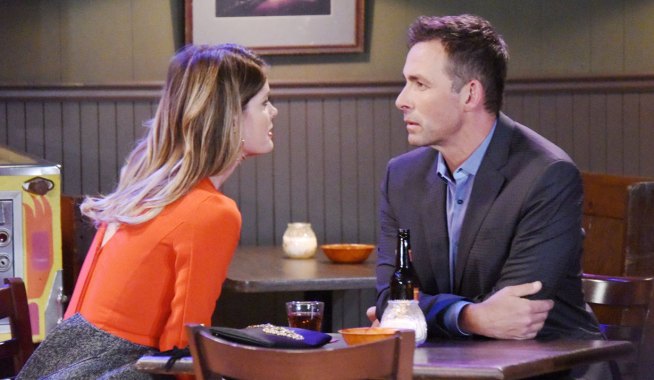 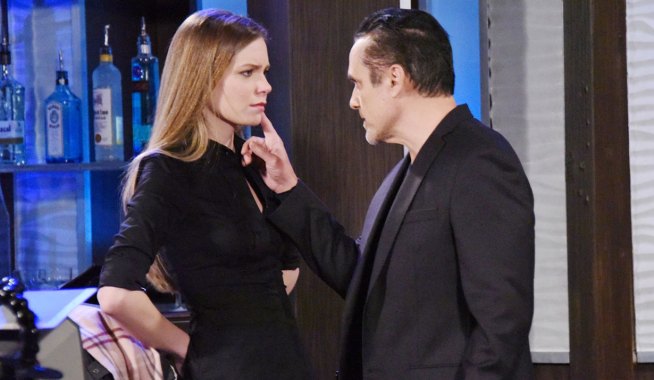