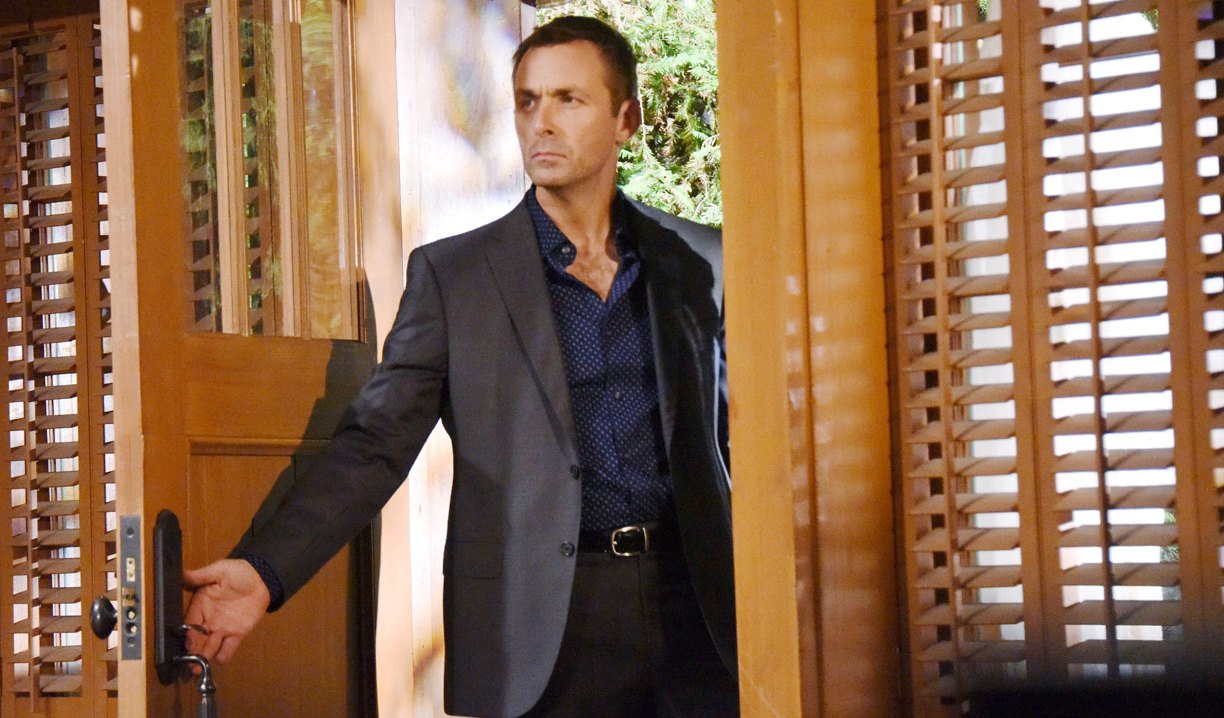 After several slow and dark weeks, things in Port Charles finally got moving again. Valentin returned to town, and with him many secrets started to boil to the surface.

Valentin moves in and takes over.
Valentin’s return to Port Charles came just in the nick of time, as the past weeks having been dominated by Morgan’s death have been a bit dull. Valentin went from shocking his family with his move to Port Charles and taking over Wyndemere, to trying to sweep Nina off her feet again. Unfortunately for him, she hasn’t forgotten that he’s crazier than she is and told him to get lost. I don’t think she’s all that done with him given how she sung his praises as a great lover.

The real sparks flew between Valentin and his half-sister Alexis. Even fans on Twitter were joking about the siblings heating up the screen, and the actors themselves got in on the laughs.

“@NancyLeeGrahn: All this talk about the sexual chemistry between Alexis & her step bro. #gh 1/2 bro. I'll only misbehave with 1/2 of you.

Well, the Cassadines are rumored to keep it in the family! While Alexis wants nothing to do with the Cassadine part of herself, I think it would be interesting to see her connect with her brother, if only to pry into his past. Also anything is better than watching her sit around and drinking herself stupid.

Anna remained fixated on somehow knowing Valentin, but he assured her they hadn’t met. However we saw that he had an old photo of her. In last week’s Deconstructing “GH” I questioned who Valentin’s mother was as we only know he is the product of one of Mikkos’ affairs. Anna doesn’t seem old enough to be his mother, but as pointed out by ‘TreeBuild’ on our message board, Anna did have an aunt named Charlotte. The same name of Claudette’s little girl. Hmmm!

Where is Claudette, and who is Charlotte’s mother and father?
Claudette left Port Charles last week as Bree Williamson is finished taping on GH for now. Clearly Valentin has her, as we saw a photo of what appeared to be him escorting her off the plane she fled on. At some point she’s bound to return, as there are too many unanswered questions about Charlotte as well as why Valentin is interested in her. Between Nathan pushing Griffin to get a DNA test to solidify his claim to Charlotte, and Daphne showing up in Port Charles and filling Lulu and Dante in on the fact that Helena wanted her to carry the Stavros embryo, it’s looking a lot like Charlotte could be Lulu’s child and Claudette was simply the surrogate. Thursday’s episode almost beat us over the head with this idea, along with Lulu reminding viewers of Olivia’s premonition that she had a little girl out there somewhere. However by Friday, Valentin claimed Charlotte was his, just as Griffin got the DNA tests. Hopefully there will be resolution to this soon, or Maury Povich may have to come settle this. I actually liked Griffin as her father as it gave his character more depth.

Sonny’s Halloween is one big trick, no treat.
It was no shock that Morgan didn’t return from the dead, but Sonny confused a kid playing a prank on his house for his dead son. Now it seems like Sonny is getting ready to skip town and ditch his family after Morgan’s funeral. Honestly, between Sonny blaming himself and others, and Carly blaming Sonny and Kiki, the whole storyline has gotten repetitive and boring. While Sonny is a huge component of the show, a break from him for a little bit wouldn’t be a bad thing, as many are getting fed up with him and the mob.

All this "you have to help Sonny" nonsense is ridiculous. Everyone else is to blame for Sonny's terrible decisions and I'm so over it. #GH

Romance should get played more than the violence. It’s a daytime drama not a primetime crime drama. #GH

On a more positive note, Carly seems to have figured out something was wrong with Morgan’s meds, and Ava has a mystery figure threatening her over what she did.

The plot thickens!
Many people believe Sonny was not responsible for the bomb in Julian’s car, and Friday’s episode had Jason questioning Julian’s henchman as to why he really left Julian’s car alone and with the keys in it. Before he could answer, someone had him shot. It does look like Julian may have had the bomb planted to set Sonny up.

Small clues to Nelle’s secrets surface.
Very slowly the writers are giving us pieces of info about Nelle’s past and her motives. We saw her reading what appeared to be a very threatening letter from her father. Who is he and what did he want? Hopefully we will learn more soon.

GH is back in business.
GH was able to reopen its doors this week, and in a shocking twist someone gave Hayden a job as the hospital’s chief financial officer. I was glad to see her put Finn on notice that she couldn’t just be his friend when she wanted more from him. Even Tracy goading him about his feelings for Hayden was amusing. It’s time to just have Finn find the cure for his disease so he can be with Hayden, as that storyline has run its course.

Franco’s imploding again, shocker!
Franco’s jealousy and his self-destructiveness is once again going to ruin another relationship for him if he doesn’t get things under control. Franco and Nina were great together, and I even like Franco with Liz, but Obrecht was right in telling him that he’s his own worst enemy. Her line about the sexy Dr. Griffin, and why Franco should be worried about him and Liz, was the line of the week though!

Best line of the day lol

"if I ever had a chance to glaze his strudel….oh boy!" ? #GeneralHospital #GH