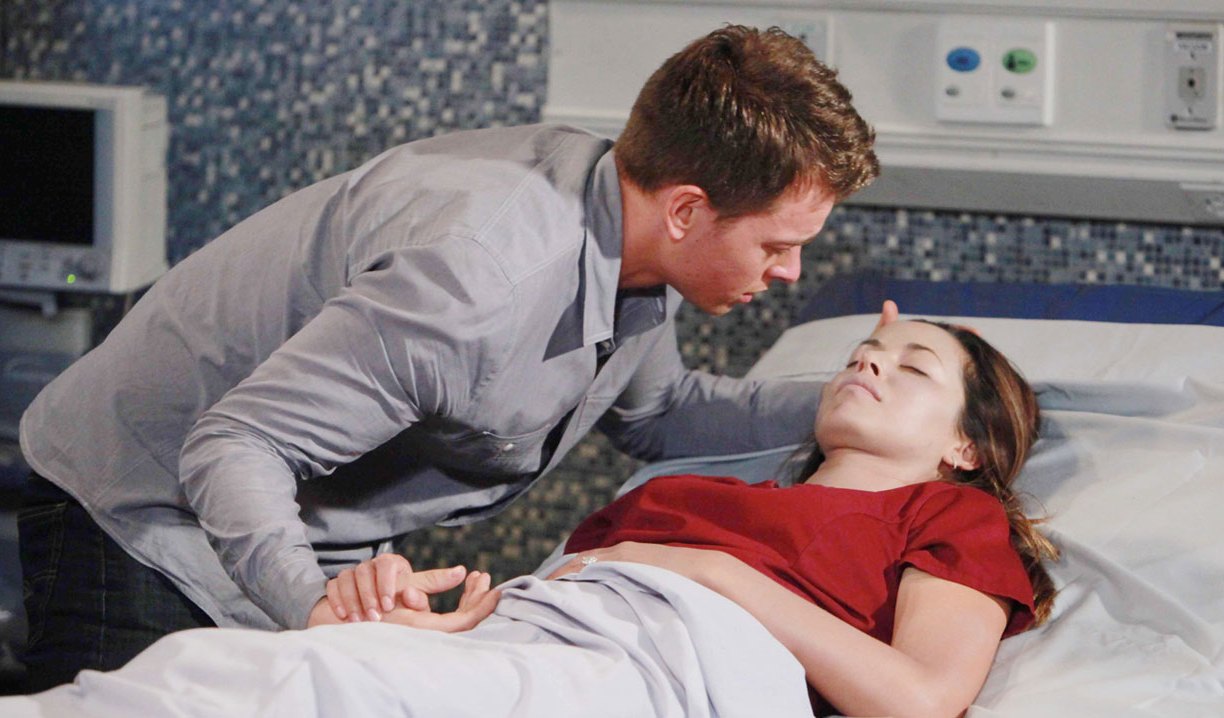 It’s been a whirlwind of a week for General Hospital fans with two actors out, and a third on their way. Sabrina’s murder was the pivotal moment of the week, and we finally got a glimpse into what is motivating Paul to commit these murders.

Sabrina’s murder, shocking but not shocking at the same time.
As exciting as the hospital killer storyline has been, viewers on Twitter pointed out one of the main flaws in the story so far.

@BlueWizard75 @soapoperafan We've not been given any incentive to care have we? #GH

@BlueWizard75 A major character had to die 4 the hospital killer story to really be effective! But why bring back JVP if no Sabrina?

They are exactly right, we haven’t been given a reason to care much about the killer storyline because nobody we are invested in died, until this week. In last week’s Deconstructing GH I felt there was heavy foreshadowing that Sabrina would be the next to die, and this week it came to pass. As much as I was not a fan of Sabrina and Michael, there was promise for her and Joe. Now it seems we’ve got a new character in Joe and nothing for him to do, other than try and fight Michael and Tracy for Teddy. Haven’t we had enough custody battle storylines lately? Some are hopeful that Teddy will magically turn out to be Michael’s son.

Michael, Tracy and Felix’s goodbyes to Sabrina were incredibly moving. I smell Emmy nominations! I really enjoyed the flashbacks of Felix and Sabrina at the end of Friday’s show as well. Though they also made me angry that they killed this character off.

Paul’s motives teased.
Since the reveal that Paul was the killer viewers have been scratching their heads as to why. This week his birthday call to someone, who we can only guess is his daughter Susan, revealed a partial motive. He claimed what he was doing was for her, and Andre deduced that the killer actually had a grudge against a group of people and possibly the hospital itself. Paul seemed to want to make Monica his final target. Could something have happened to Susan and he blames Monica and General Hospital?

Moments with Monica.
Both Tracy and Jason’s bedside moments were touching, especially Jason calling Monica “mom” and telling her that he needed her to stick around to be there for him and his kids. I love this side of Jason, and would like to see much more interaction between him and Monica.

Flash from the past: Jason Morgan’s multiple shootings Don’t fight with your sister!
Franco bursting in on Hayden and Liz’s fight and telling Hayden to be nice to her sister was a great way for the truth about them to come out, and was totally Franco. I was surprised that Liz actually felt a bit of guilt over having Sabrina turn the diamonds in and getting Hayden locked up. It was a glimmer of hope for them to work things out as sisters eventually, but obviously no time soon as Hayden is fuming mad.

What is to become of Nikolas and Morgan?
The news dropped this week that Tyler Christopher (Nikolas)would not be returning to GH as previously thought, and Bryan Craig (Morgan) is also leaving GH. Viewers are now left wondering what will become of their characters. Morgan has unfortunately been written into a corner as of late, constantly making the same mistakes over and over again. While his latest blunders are due to Ava messing with his meds, how many times can we watch him and Kiki break up and get back together? In my opinion, Morgan should be written off for the time being. On the other hand Nikolas is important to the show as the Cassadine heir, so leaving him dead for too long is a mistake. I wouldn’t mind seeing Nick Stabile, who filled in over the summer for Christopher, be asked back and many on Twitter agree.

Julian’s trial: the unexpected, and the predictable with Alexis.
Julian fans have wondered how in the world he was going to get off. Well it would appear on a technicality! Alexis’ address was written down wrong on the search warrant, so the wiretap and his confession were thrown out. Are you kidding me? Jordan swore there was no mistake, and my guess is a grinning Ava somehow fudged the documents. Unfortunately, the case against Julian rests on Alexis, who predictably has become an alcoholic. We could see this coming weeks ago as she does nothing but drink, even at her daughter’s wedding. Then she had the gall to chug something in a red solo cup right before taking the stand! On Friday she admitted she had one glass of wine, but as Jordan noted, it seemed she had a lot more. Some readers in our recaps have pondered that Ava or Paul spiked whatever she was drinking to make her fall apart on the stand. Either way, I’d much rather see any other storyline for Alexis than turning her into the new Luke Spencer.

This is only an opinion piece. Feel free to leave your own in the comments below.

JaSam's wedding dragged on, while...