JaSam’s wedding dragged on, while Finn & Curtis’ bromance was a treat 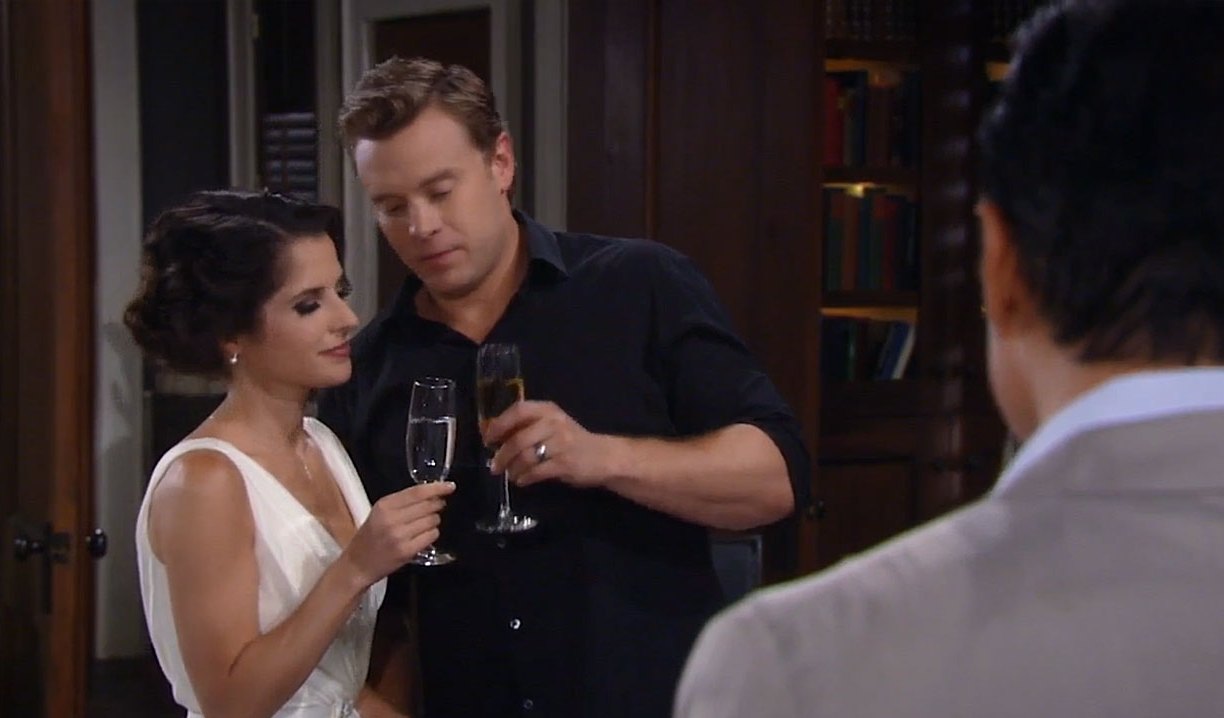 The hospital remained on high alert as the killer literally stalked the halls unknown all week. Viewers were also treated to a great wedding and some high-tension scenes involving Franco, Hayden and Jason. The mystery surrounding Lulu’s embryo took another interesting turn as well.

Could a suspicious Sabrina be the next victim?
In last week’s soapbox I wondered what Paul’s motives for being the General Hospital killer were. We still haven’t been given any clues, but this story is keeping many wondering.

@BlueWizard75 I'm a big fan of the Jelly writing team, so I have faith all will be explained. Just hope Paul/Richard @richard_Burgi stays!

I am hopeful that we will get a really well thought-out answer as to why Paul has been doing this, especially since I’ve been enjoying the storyline. Sabrina unfortunately overheard Ava blackmailing Paul into letting Julian go. It was unclear whether she heard Paul was the killer, but even so, why hasn’t she run to the cops with what she did hear? It definitely seems they are setting her up to be the next victim of Paul’s. As boring as I find her and Michael, the introduction of Joe’s character has promise for her. Therefore, it would be terrible to see them kill her off. Who knows, maybe it will actually be Sabrina who busts Paul, because we can’t count on the PCPD to do it at this point.

The happy couple is too happy.
Sam and Jason’s wedding went off without a hitch, though I felt it dragged out a little too long. The news of Liz’s accident did send Jason running to the hospital, but only after the couple said “I do” and had a happy celebration. However, this is a soap, so no couple can be happy for long. It seems Sam has forgotten about Helena’s curse, which is bound to rear its ugly head soon. Hopefully the curse won’t tear them apart, but will bring some kind of exciting storyline for them. Jason and Sam can be awfully dull when they are just sitting around being lovey-dovey.

@BlueWizard75 It's the curse of the writers.. they never let anyone stay happy for long.

@BlueWizard75 as long as they get a good story, I am here for it!

The secret sisters and the staircase plot continues.
Franco and Liz have been adorable this week, well when she’s not hemorrhaging and coding. I was glad to see that Franco was going to tell Liz the truth about her sister and wasn’t able to only because she passed out. His showdowns with both Jason and Naomi over Liz were great as well. It was somewhat shocking to see Franco actually render Jason speechless, if only momentarily. Many viewers are loving the friendship between Finn and Curtis as they worked to clear Hayden. These two should form a private detective agency, as they’d likely solve more cases than the PCPD. Valerie might not agree as she wasn’t amused that her boyfriend doubted her skills as a cop. After a talking to from Hayden she seemed to come around. Only on a soap can a rookie cop make it their mission to solve all department’s cases. Shouldn’t she be out giving tickets?

@BlueWizard75 more likely get her diamonds back!!

With Hayden free, she’s now out to make a deal with Franco in order to give up her blood to save Liz. As one viewer on Twitter suggested, she’ll likely want her diamonds back so she stays out of trouble with the feds. I can’t believe though after everyone went on and on about how rare her and Liz’s blood types were that nobody, not even Finn, questioned how they were a one-in-a million match.

The mystery of the missing embryo.
Robert returned to give Lulu and Dante the news that the embryo at Crichton-Clark may have survived. Lulu is definitely her father’s daughter, as it didn’t take her long to suspect Helena took off with it before the explosion to assure her beloved Stavros could spawn another offspring. Lulu wants to return to Cassadine Island, where she thinks the embryo might be. Ever since Olivia’s premonition that she has a granddaughter out there, I and other viewers have felt that child has been born and is on the island.

Of course it might not be that clear-cut, as Robert revealed apparently nobody named Daphne lives on Cassadine Island and the house she claimed to live in has been empty for years. Dun dun dun!

Move on or stop dwelling!
Ava tampering with Morgan’s meds to break him and Kiki up is disgusting, or would be, if this was the real world. Since this is a soap I find myself on team Ava, as Kiki and Morgan are just terrible. Even when Dillon decided to stop dwelling on Kiki and try and move on, it was clear it wouldn’t be that easy. His “I hope you and Morgan are really happy together” speech to Kiki was painful to watch, and she seemed to all but want to scream, “Don’t walk away from me!” This triangle, or whatever you want to call this mess, just needs to end.

These are my thoughts on the week’s shows. Please feel free to leave your own in the comments below.