Paul’s motives have viewers puzzled in an otherwise exciting week 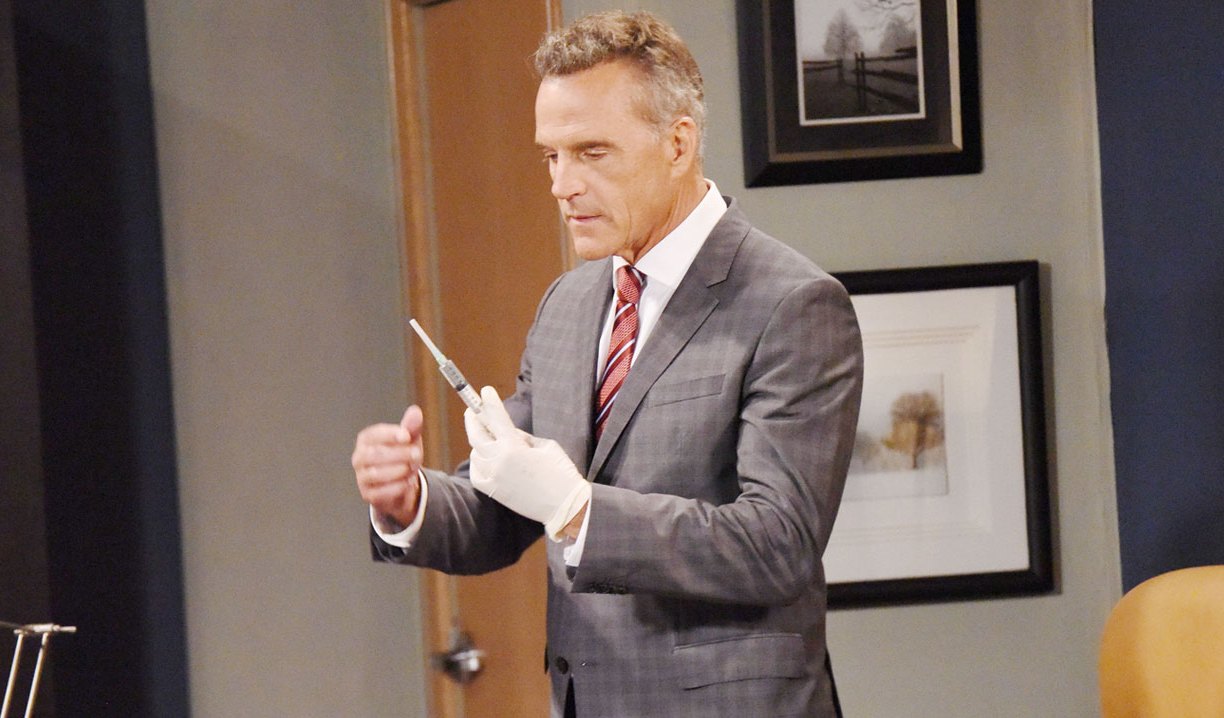 It was another action packed week on General Hospital, with some major reveals. While there has been some heartache what with Lulu’s baby news and Julexis imploding, Sam and Jason’s upcoming nuptials provided a bit of a happy distraction.

Heather spits it out.
Heather finally revealed to Franco what most viewers already figured out, that Jeff Webber and Naomi Dreyfus had an affair that produced Hayden. Franco better fess up and quick, because keeping the truth about someone’s parentage is up there on the Ten Commandments of soap sins. This could ruin his chances with Liz.

Blackout at General Hospital!
The blackout at the hospital and the killer lurking about was a great episode to open the week up. Liz found herself injured after being pushed down the hospital steps, by the hospital killer we can only assume, but her secret sister Hayden was the one left looking guilty. Even I wondered if she did it initially, but we all know this is to keep suspicion off Paul. Hayden has polarized viewers, but I really enjoyed them showing a softer side of her with Finn when she asked him to look after Tracy after the left town. Her quoting Yoda’s, “Do or do not, there is no try” was hysterical as well. Fans of her and Finn finally got a kiss between them, though Jordan showing up to arrest her ruined that.

Seriously, this #gh scene was the best. #starwars pic.twitter.com/JteKNcAqXp

The million-dollar question.
Many were left puzzled after Paul was revealed to be the hospital serial killer, myself included. What exactly is his motive? Many took to twitter to question what the heck was going on.

@BlueWizard75 @soapoperafan I don't get it this. There too many inconsistencies.

@BlueWizard75 I don't know, but he sure had me fooled. I thought he was finally on the up and up! #GH

With so many questions, I asked for viewpoints and got a lot of good responses.

@BlueWizard75 My guess is that it's related to Susan. He gets very agitated when her name is mentioned.

Paul definitely blew a gasket last week when Susan was brought up during lunch with Dillon and Tracy. However, would he kill over a daughter he hasn’t seen in years?

@BlueWizard75 me 2 – i never bought his working undercover excuse in the gun running operation. he may b someone else w surgery/mask 2

I really hope that the show finally links this back to his shooting of Sonny, as it seems like they either forgot about it, hope we’d forgot it, or tried to rewrite it to make Carlos the actual gunman and Paul the good guy. I’ve always been annoyed that there was no resolution to that.

Obviously a big aspect of this twist is for Ava to have leverage over Paul. Julian had to get out of jail somehow, and this looks to be the way. She also can keep him from prosecuting her for killing Connie, though if he ever goes down then she might too. I guess we all have to hang in there and see where this goes!

Another teaser into the mystery that is Claudette.
Griffin finally got Claudette to admit she landed herself in trouble and came to town hoping to get Nathan’s help, but felt now that Griffin was there that they could get through it together. Oh lord, it definitely sounds like she could have had a baby. I really hope that isn’t the case. Of course before she could explain, Andre interrupted them to get Griffin to help with Liz and her fall. Man I really wasn’t a fan of Andre at that moment! It took forever and a day for them to expose the Griffin affair, so I can’t imagine how long it will take to expose the rest of her plan. It was great to see Felicia on the canvas again though. Given her daughter is planning a wedding she should be on our screens along with Mac.

Never trust the babysitter.
In last week’s soapbox Violet felt that Nelle set up the babysitter to stay close to Carly, and I couldn’t agree more. It’s a shame as I really wanted to like Nelle, especially since she could be great with Michael, but it looks like she could be big trouble. There is always the chance that Nelle isn’t telling the whole truth about her parents and the kidney transplant. I could see that she found out she was adopted after the transplant and is in Port Charles to find out who her parents are, even having her suspicions given she was a match for Joss. Bobbie discussing with Carly how she would love the job as the nanny given that she didn’t get to bring Carly up just screamed that they could be trying to do a similar storyline with Nelle. Soaps do love to repeat history after all.

The baby broker.
I really would like to see Nina get some kind of happiness in her life, but this buying a baby storyline just seems like it will lead to more heartbreak for her. Nina telling Ava off after she sabotaged her “deal” was amazing though, and she had a point, Ava never seems to pay. Perhaps Paul and Ava will end up taking each other out at some point with all the evidence they have on each other.

A good dose of mystery and intrigue...

JaSam's wedding dragged on, while...