One General Hospital mystery shines while another fails 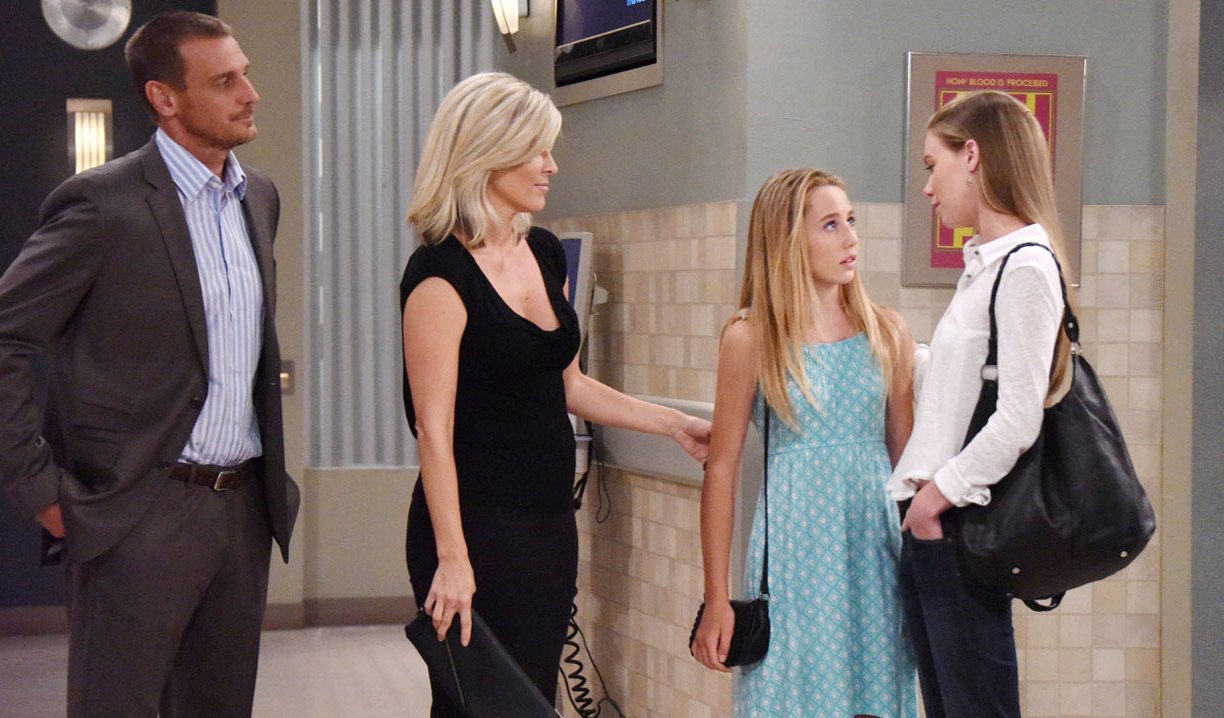 Overall this week was far more eventful then last week, which I felt was a bit of a jumbled mess with one too many storylines going on. Still, some of those issues lingered.

Them old bones still have more life in them.
So after a few weeks of teasing “is he or isn’t he,” viewers learned that the bones in the Cassadine tunnels were not Luke’s. Was it all some trick laid by Helena at some point? If so, how could she be sure anyone would even find them down there? I guess I shouldn’t apply logic to a soap. The heartfelt scenes between Tracy and Laura as they waited on the DNA test results were great. Now we have Laura urging Tracy to go after Luke if she still loves him. Unless they plan to lure Anthony Geary back for a short stint, I’m not sure what the point of this planting this idea is.

Genie Francis has been given some amazing material to work with these past few weeks. Her grief over Nikolas’ death, and losing so many years with her son, have been Emmy worthy scenes. Viewers are also definitely feeling her and Kevin. I mean, what about that kiss between them!

@BlueWizard75 And Kevin looked like, "I've been wanting to do this for a long time!" I'm glad Laura has moved past Luke. #GH

Good mystery, bad mystery.
Since Jax’s name was first mentioned a month back as being opposed to the search for Joss’ kidney, most viewers felt he must have had something to do with the illegal transplant. Now we have confirmation that he knew more than he let on, and he seems frightened by the idea of Nelle sticking around town. Why? And why bring a fan favorite back simply to tarnish his character? I can’t shake the feeling there is a connection between them. This storyline is an example of “GH” writing that bugs me.

Do you think Nelle is related to Joss somehow? Re: the great stolen kidney mystery #GH

@BlueWizard75 I hope they make her related to Jax we need more of the Jacks family in PC ?

Now on the other hand, the hospital killer storyline has been excellent. This one has kept fans guessing and doubting who is and isn’t the killer. After thinking it was the grumpy Dr. Mayes, many have now settled on the gossipy Nurse Amy. However, Valerie’s discovery of a man’s cufflink as being linked to the killer seems to cast doubt on Amy as the killer. This storyline has everyone scratching their heads. The cufflink was made of a Greco-Roman coin, which could suggest Cassadine involvement. However Jordan seemed to recognize it, which could suggest another suspect.

The conniving Claudette.
After a little break from this storyline, Claudette was back on our screens and scheming as usual. I still can’t figure out what her end-game is, which is why jumping from Nathan to Griffin and landing a job at “GH” has this storyline working. By the week’s end, Nathan and Maxie learned the truth about who Griffin really was, and Nathan was ready to pummel him. It was obvious to the audience, and to Maxie, that Nathan just isn’t over Claudette. Poor Maxie! No more court for Alexis.

Life without the law.
In last week’s soapbox I noted that Julexis fans can’t catch a break given the dark turn of Julian. The knocks kept coming as Alexis was suspended from practicing law for a year after what she did for Julian. Some thought she got off lucky and should count her blessings. I look forward to seeing what the show and Nancy Lee Grahn do with the character outside just being Alexis Davis, attorney at law. Alexis definitely had one of the best lines of the week upon realizing she missed Nikolas funeral and had to reach out to Laura and apologize. “Dear Laura, I’m sorry I missed your son’s funeral, but I don’t really think he’s dead. Don’t worry, he’ll be back. Cassadines always show up when you least expect it.”

The chill thaws between Friz.
Though Franco apologized to Liz and thanked her for what she did, Liz remained doubtful that things could work between. By Friday fans of the couple had a glimmer of hope as Franco had her smiling, and Jake told his mom that it was obvious Franco made her happy. That little actor is phenomenal and shines in his scenes.

The good, the bad, the boring!
As much as there has been to rave about this week, there have still been some storylines that just aren’t cutting it. Again I find myself wondering where things are headed with Michael, Sabrina and Joe. Joe is such a goody two-shoes and a departure from Carlos that I’m just not sure what to make of him. He and Sabrina might be more sickeningly boring than Michael and Sabrina.

Then there is Jason and Sam. Do they have Malaria or don’t they? Is the baby safe or isn’t it? Will Sam accept his proposal or won’t she? Wake me when this gets exciting. Jason was far more interesting and had more edge to him before he got his memory back.

These are just my thoughts on the week. Please leave your own in the comments, and follow me on Twitter so we can discuss the show during the week as well.

A barrage of stories and too many...

A good dose of mystery and intrigue...