Between Valentin and the mysterious killer, GH fans are on their toes 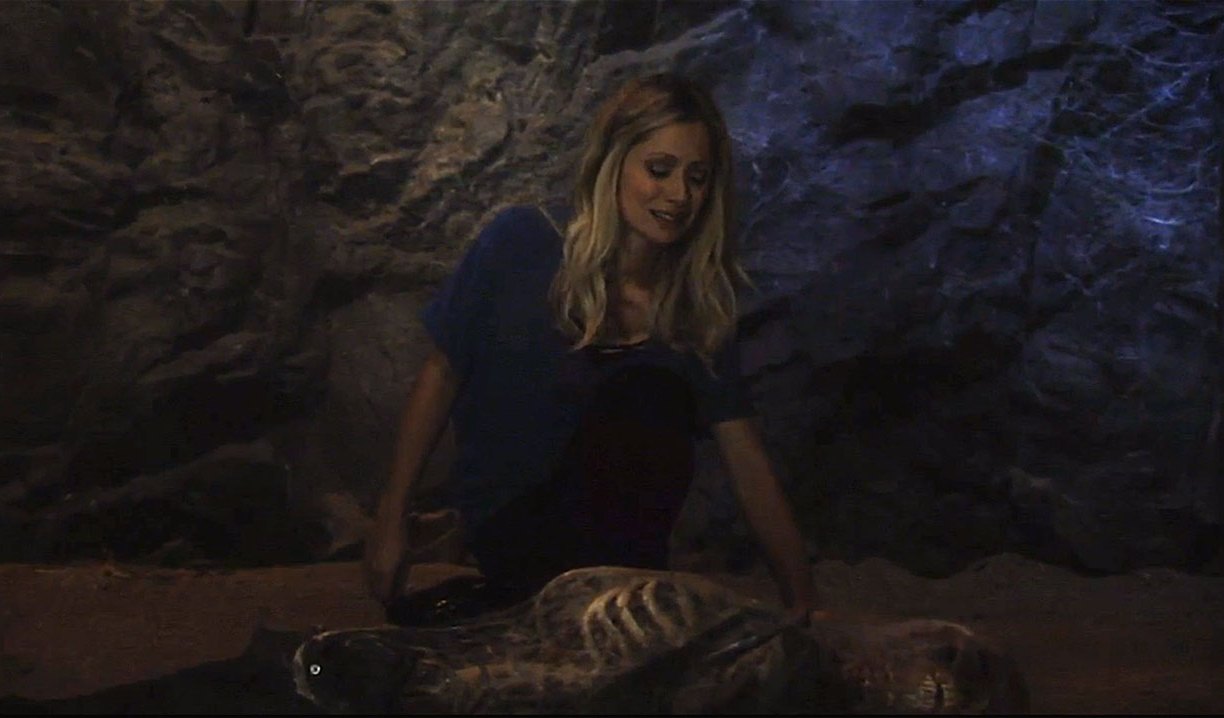 New mysteries came to light in both Greece and Port Charles. Between Valentin and the mysterious hospital killer, everyone was kept on their toes this week.

A body, a bullet and a babe.
Lulu stumbled upon a corpse in the tunnels below Cassadine Island, and the jewelry it was wearing seemed to indicate it could be her father Luke. Luke hasn’t been heard of since he left last year to find himself, and now we may know why. I asked viewers on Twitter if they cared if the show axed the character for good, and everyone agreed they were over him.

@BlueWizard75 Nope! Elderly Luke was painful to watch. Have the remaining Spencer's avenge him.

@BlueWizard75 nope. He's an afterthought now, well outstayed his welcome. Good riddance if those are his bones.

Not at all. It would be a demise fitting his character. https://t.co/Z6krZDWoDI

Kevin and Laura continued to heat up the screen, which may be why some fans are okay with Luke staying gone. The good doc put his life on the line to take a bullet for Laura, and they later had to dig it out. Watching that scene even had me squirming on my couch!

The show finally came back around to Helena’s gift to Lulu, an empty envelope with an address, which happens to be where a mysterious woman named Daphne that popped up on the island lives. It definitely seems that Helena wanted to lure everyone to this island for some reason or another. However before we knew it, Lulu and the others had hopped on a plane to get the heck out of Greece, not even exploring the connection further. I guess with Valentin on the loose, who can blame them. Kristina comes out, kinda.
Kristina’s coming out to her father was really well done, though it wasn’t as if she had a choice after he spotted her smooching Parker. I loved how caring Sonny was with her, and how he brought up his past in the clubs in Brooklyn and his gay friends. As I said in last week’s soapbox, I enjoy Kristina coupled with Parker rather than Aaron, however not everyone agrees. Many viewers share Sonny and Alexis’ sentiments that Parker is not only too old for Kristina, but their relationship crosses too many other ethical boundaries. Age is just a number to me, but I do agree the student-teacher relationship is problematic, as is Parker just coming out of a divorce. Other fans love them together and felt Sonny in particular was fairly harsh with Kristina.

@BlueWizard75 I thought Sonny was condesending. He's never met Parker so how does he know she's not right for Krissy ?

Predictably, Kristina confessed all to Aaron after Parker crushed her heart with the Dear Jane letter, and tried to see if they could stay together. Even Aaron seems to know she’s not that into him, and he doesn’t want to be her second choice. I hope she figures out who she is soon, as this storyline is dragging on too long.

Not another tumor?
Julian has completely lost his marbles. First he put his own life at risk taking some drug to elevate his heart levels in order to postpone his arraignment. When he finally made it to court, he begged the judge to release him on bail in Alexis’ care. As if Alexis would even consider it. What is Julian’s game? Some fans feel he may have a brain tumor making him act this way. However, given they still bring up Franco’s tumor, I would hope the show wouldn’t go there again. They could have him somehow have contracted Finn’s mystery illness, which could be frying his brain like it is Finn’s. That would be an interesting twist that might save his character at this point.

This is feeling like a show on the former ABC Family Channel.
Viewer’s learned that Naomi has been paying off Heather Webber, not Raymond Berlin. It appears that Naomi slept with Heather’s ex Jeff and that’s how Hayden came to be. Heather must have found out and was paid to keep quiet. However, when Naomi visited Heather, she wanted to make sure Heather didn’t speak to Liz about something. I started to feel that perhaps Liz and Hayden were switched at birth for some reason.

A killer creeping the halls.
On Friday’s show all evidence pointed to Franco as the hospital serial killer after he was the last person to see the latest victim alive. The show has hinted in the past that he could be back to killing, but I feel like this is just a red herring given the popularity of Franco and Liz as of late. Who the real killer is remains a mystery still, and a good one.

These are just my opinions on “General Hospital.” Feel free to leave your own in the comments!