Deconstructing GH: A mysterious will, a long lost son and a secret wife 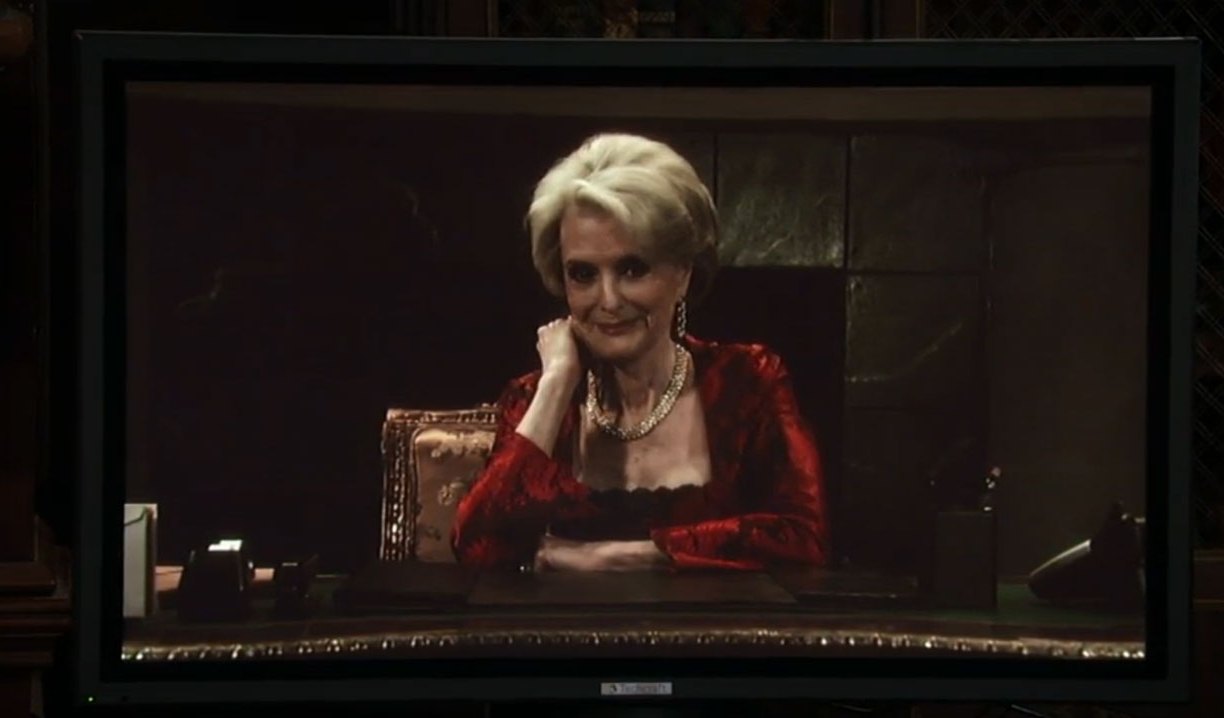 A lot of new mysteries were teased this week, though it would be nice if they’d finish out some of the older ones. What did Obrecht know about Nina? Who is Nathan’s father? What did Brad and Rosalie do?

Helena’s last will and testament.
In last week’s Deconstructing GH Violet and viewers had fun poking at Sam, pun intended, over her anxieties about Helena and the will. This week we finally got to hear what Helena left her enemies, and it was as twisted and cryptic as she was. The book she left to poor Liz detailing a secret she shares with Jake was without a doubt the creepiest of the gifts. The writers have been doing a good job garnering sympathy for her. Sam, Molly and Kristina being forced to share a single cent was the best gift of all, as it was classic Helena. I can’t help but feel the empty envelope for Lulu has something to do with her desire to have another baby. The key left to Laura is probably the biggest mystery of all, but I look forward to her getting a storyline of her own. Of course we can’t forget Nikolas getting absolutely nothing, which is exactly what he deserves. Actually he did receive a painting of Helena drinking a cup of tea. Shortly before she died, Nikolas brought her some tea to drink. Could it be a clue?

Claudette the wife.
As many viewers guessed, Claudette is Nathan’s secret wife. He admitted this to Dante, but we’ve learned nothing else about her and probably won’t for a few weeks given that tends to be the way the show operates most of the time. As I stated two weeks ago, this at least makes Nathan a little more interesting as he’s not this picture perfect man anymore. However, this along with Maxie running straight into a shirtless Griffin Munro is just going to spell trouble for the couple’s future.

For the love of Jake.
I do not like the subtle hints that Liz may actually be developing feelings for Franco. She was protesting to Franco and Epiphany a little too much about how they are nothing to one another. The last thing she needs is to end up in another triangle. I tweeted out a poll on this, with Nina and Franco having the edge.

#GH fans, do you want to see Franco stay with Nina, or give things with Liz a try? #Frina #Lizco

Keep Elizabeth away from Franco. He kidnapped her son. #gross #bigfatno #GH https://t.co/FwqONUbNv3

@BlueWizard75 leave Franco exactly where he is, I can actually like him with Nina. Elizabeth doesn't need a man right now.

I do love his relationship with Jake, and hope he can help him find out what Helena did to him. My heart broke for Franco though. Just when he was warming up to the idea of kids with Nina, thanks to Obrecht dropping Leo in his lap, he went and lost the kid and realized he could never be a parent. It was a dunderhead move, but I wish he’d cut himself some slack. Roger Howarth is simply amazing when he’s on camera with kids.

I’ve been stalking you.

Griffin comes out.
Griffin finally admitted to Anna that he’d been following her, and it was because he was Duke Lavery’s missing love child. This wasn’t a huge shock, and is obviously a way for Anna to come to terms with Duke’s death and move forward with her life. Aside from that though, I don’t know what the point of making him Duke’s kid is, as he’s not related to anyone else in town. At least not that we know of. Hopefully Anna doesn’t get cougar fever and end up in a relationship with Duke Jr, as that would be a bit icky.

Thou shall not thwart thy own magazine.
Maxie thinking the bible warned of the ides of March was probably the funniest bit of the week. Poor Maxie, but you gotta love her. Nina once again came up with a ludicrous plan to save Crimson after Julian sabotaged their second issue, but enough is enough. It’s time these three took him down for what he’s doing, unfortunately they’ve dismissed him as the culprit.

Jason’s awful apartment.
Watching Jason and Sam make googly eyes at each other and kissy faces has become insanely boring. These two need to get some kind of a real story. Also I realize Jason doesn’t own much, but did he have to park his bike in the middle of his empty apartment?

Who is Kristina?
I was glad Kristina told her parents the truth, if even only partly. I really like the idea of her struggling to find out who she is, questioning her sexuality, and Molly telling her she didn’t have to adopt a label she wasn’t comfortable with. It’s very “with the times” when it comes to kids questioning their sexuality.

Back in the mob?
Thanks to a black rose delivered to Kiki, Ava and Julian are worried that Ava is a dead woman walking. Julian has agreed to a meeting with her associates to try and smooth things over after betraying them by working with Paul, but I fear he may get sucked back into the mob in order to protect Ava. I hope that doesn’t happen, as I really enjoy the somewhat straight-and-narrow Julian. By Friday viewers learned that Sonny was behind the rose as a way to make Ava realize Avery is better off with him. Pretty sneaky!

As always, these are simply my opinions. Agree or disagree, leave your own in the comments.

Panorama ‘One in a Thousand’ Opening Points to Berlin DNA