Deconstructing GH: Psychopaths, mobsters, and cheaters; it was a normal week in Port Charles 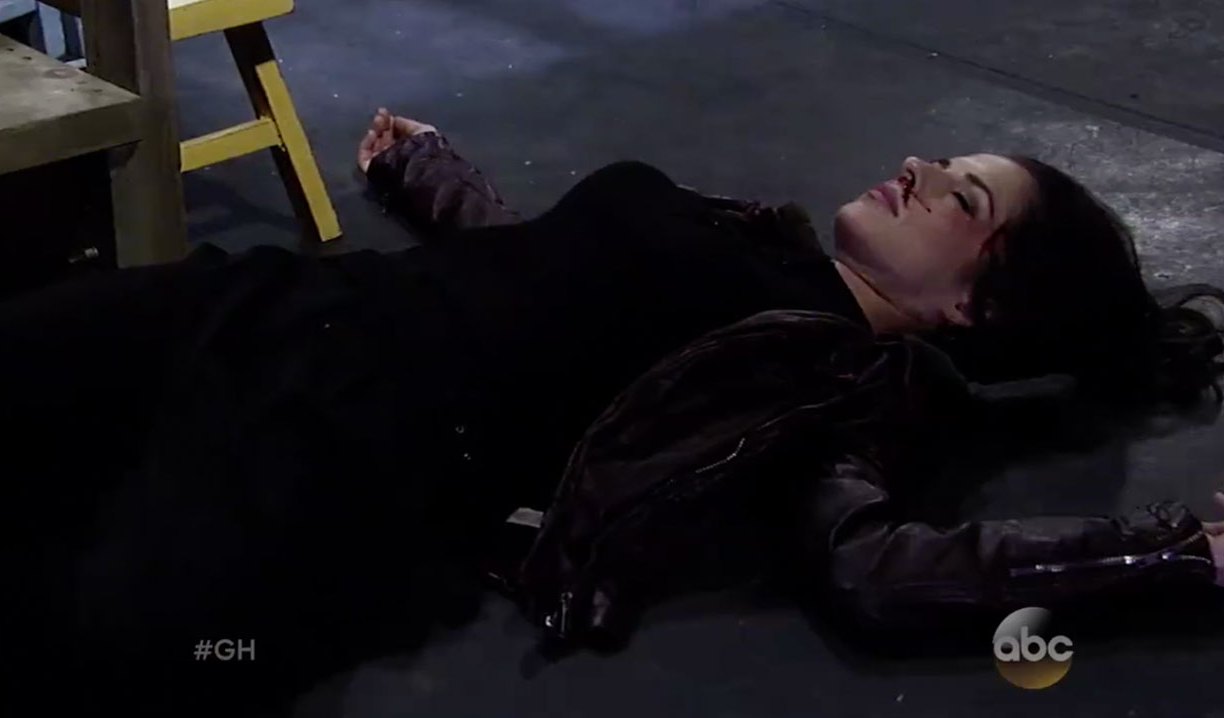 It was another slow week in Port Charles, but Friday’s episode finally gave hope of some excitement to come.

Jason’s story finally makes a major advance.
Jason remembering the rain dance, but also remembering how it felt to be with Sam, was a welcomed plot point. It’s about time he had more than just a visual flash, and now he’s more determined than ever to try hypnosis to get his memories back. It remains to be seen which lovely lady he will choose though, and with Jake’s obvious issues, I think he’ll be drawn to Liz a lot more in order to help their son.

Jake is a scary little boy!
First up, Jake is a pretty amazing little artist. He’s definitely a Franco in the making, and Franco is probably his biggest fan right now. I’m enjoying seeing Franco try to help him and Elizabeth out, as Franco definitely needs more friends. His squabble with Sam this week about being a changed person and that she didn’t have a monopoly on redemption was great! I’ve been missing him and Nina on my screen though, but like others have been enjoying seeing him at the hospital.

I was just relieved that Liz, Jason and Sam have all finally figured out that Jake is the one terrorizing Liz’s house. However it could be too late for Sam, who’s taken a spill down Liz’s steps. Lord, I hope she doesn’t end up with amnesia!

Kristina and the professor.
So not only was Kristina apparently sleeping with her professor, but the professor was married as well and she’s threatened to tell the wife. Well, she is Sonny’s daughter after all. She and Dante could probably give each other tips on how to wreck a marriage. However the huge bomb came on Friday when we learned that Parker was a woman. I did not see that coming at all! Kudos to the show for keeping this a secret. Still, it would be nice if we could resolve one gay storyline before starting another.

The broken hearts club.
As I said in last week’s Deconstructing GH, I can’t believe the show actually has turned me to Valerie’s side over Lulu’s. I really admired Valerie for taking her part of the blame in what happened, but for also pointing out others were at fault. I also liked that she told Dante she had to stay away from him, and hope this time she actually means it. She has said that before, and she is far more likable when she’s not involved in Dante’s business.

I don’t know what to think of Lulu deciding to fight for her marriage. It may be too little too late, because as Dante pointed out to Olivia, they are so very broken right now. Part of me is rooting for them, but another part thinks it’s time to give it up and move on. Dante has now proven twice that he’s ready to throw his marriage away. Aside from the Valerie affair, first he signed the original divorce papers in a heartbeat, and then he had second ones drawn up in a flash. Perhaps Lulu is better off without him.

What is it about Morgan?
I’ve actually been enjoying Kiki and Morgan back as BFFs, so why would they want to wreck things by trying the coupling thing again. Been there, done that, and it didn’t work either time. Kiki is definitely preferable to Ava, and is better than Darby too. What is with that one? It’s one thing to show up and surprise a guy at work, but she just invited herself into Sonny’s warehouse. That’s ballsy, and dangerous! She also seems to be Facebook stalking Sonny and Carly for some reason. She clearly has an agenda, but what it is remains to be seen. I wonder if she could be Paul’s daughter that he’s mentioned, and she’s just as bad as her father is.

Should Morgan and Kiki get back together on #GH ?

Stand and deliver, your money or your life!

Mob wars redux.
I have really liked Julian a lot more since he got out of the mob. He’s been funny and more adorable than ever, and I really enjoyed him attempting to make peace with Sonny. After everyone who has forgiven Sonny, it should be time for him to call a truce with Julian for the sake of their shared friends and family. But no, Sonny can’t let things go as usual. It wouldn’t be “GH” without at least one mobster storyline though, and Sonny is it. I have at least enjoyed the balance the new writing regime has brought and that the mob isn’t dominating the entire show as they once were.

Be sure to read Soaps.com’s coverage of the Daytime Emmy pre-nominations.

These are just my opinions. Please feel free to leave your own in the comments.