Deconstructing GH: Port Charles celebrated Thanksgiving with a death and a return from the dead. 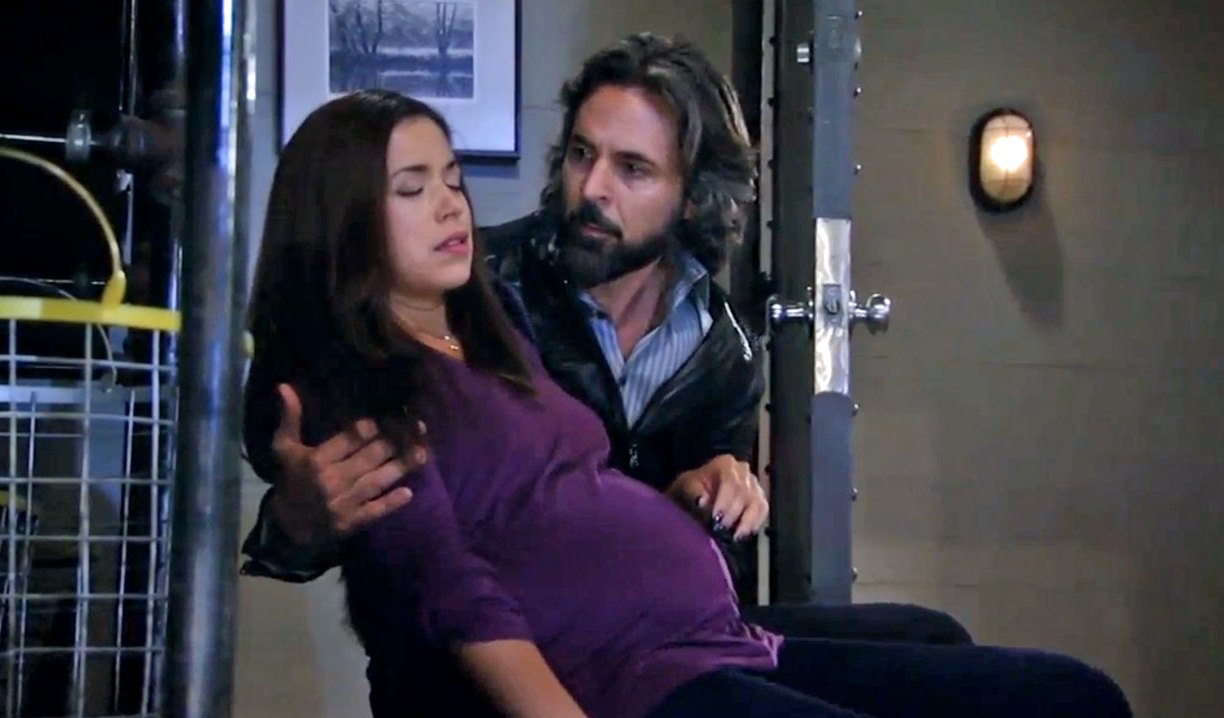 The residents of Port Charles celebrated Thanksgiving in a rather slow and short week that had a few surprises.

Oh look, Carlos is alive, shocker!
The most underwhelming return from the dead award goes to Carlos, who viewers figured out weeks ago was obviously alive. Still, it’s great to have the character back, and this should cause some insane drama for Ava and Paul. It will also be great for Anna to be partially vindicated. Sure she still tried to kill the guy, but she didn’t and that is what counts in soapland. However my guess is this will be the leverage he will use to stay out of jail, he won’t testify against Anna if he gets a deal to skate on Duke’s murder.

Paging Dr. Maddox.
In last week’s Deconstructing GH I discussed how busy the new doc was going to be with all the people who need help in Port Charles, but that I was missing Kevin. I would still like to see Kevin more, though I’m really enjoying Andre Maddox’s character. His scenes in therapy with Anna were great, and thankfully he was able to see Morgan. That was long overdue, and hopefully Morgan will get the treatment he needs. Watching him spiral downwards has been painful to watch, but kudos to Bryan Craig for doing a great job with the storyline. I was glad to see Maddox at Patrick and company’s Thanksgiving, because I was hoping they would use him outside the hospital setting a bit more. He and Anna seemed to have sparks over dinner, and might make an interesting couple. However both are such sticklers for the rules that they might not allow themselves to cross that patient/doctor line, at least not yet.

Ding dong the witch is dead.

She’s as cold as ice.
Jason, Sam and Liz made it all the way to Greece only to have Helena croak on them before giving up Liz and Nik as knowing the truth all along. Seriously? If the show isn’t going to have Jason remember, at least dish out some punishment to these two schemers. Of course whether Helena is really dead or not is debatable, and there was a giant “oopsie” moment as she continued to visibly breath after her “death.” I suspect that her doctor helped her fake her death, though if she’s really dead someone will put her on ice so Robin can bring her back at some point. Helena is too good of a villain to get rid of for good.

Sucker!
Poor, poor Patrick! When Sam returned home and claimed she “found her answers and knew what she wanted,” I felt for him. What a load of BS she spewed. “I realized the Jason I loved is dead and gone and I belong here with you.” The sad thing is, Patrick bought the load she shoveled him! I don’t doubt that Sam loves Patrick, but he just accepted that he was second choice. Nobody should settle for being, well settled for.

Scruff or no scruff?
Sonny has been growing a beard out, and we here at Soaps.com wondered what the viewers thought. Some of you weighed in on Twitter.

Personally I liked the scruff, then again, I may be a bit biased when it comes to beards!

Thanksgiving celebrations.
Thanksgiving caused many people to open their hearts and homes to others. Carly decided to forgive Kiki and not press charges against her, which was a nice gesture. Honestly, Carly punished Kiki enough up at the cabin when she tried to reassure Morgan by blurting out over and over “Nobody wants Kiki!” Poor Kiki! Franco wants you, Nina tolerates you, and everyone else just deals with you.

Thanksgiving at the Quartermaines was a bust as usual, no surprise there. However Sam at least caught on that Liz and Laura have a secret about Jason. Meanwhile little Jake, who I guess we can just refer to as Jake now, reacted very oddly to Helena’s death. I have always wonder if that woman did something to mess with his head, and now it seems like she did.

Alexis, Julian and Olivia shockingly allowed Ava to join them for Thanksgiving, and for a moment they all got along peacefully. That won’t last though. It was sweet to see Molly and Kristina warming up to Julian, and I hope that does last.

Finally what to say about Dante and Valerie’s celebration? These two idiots deserve one another for jumping in bed yet again. I wanted to bang my head on my desk after that scene. It looks like Dillon may have a chance with Lulu after all.

These are just my opinions. Feel free to leave your own in the comments, and have a happy Thanksgiving for those of you in the U.S.