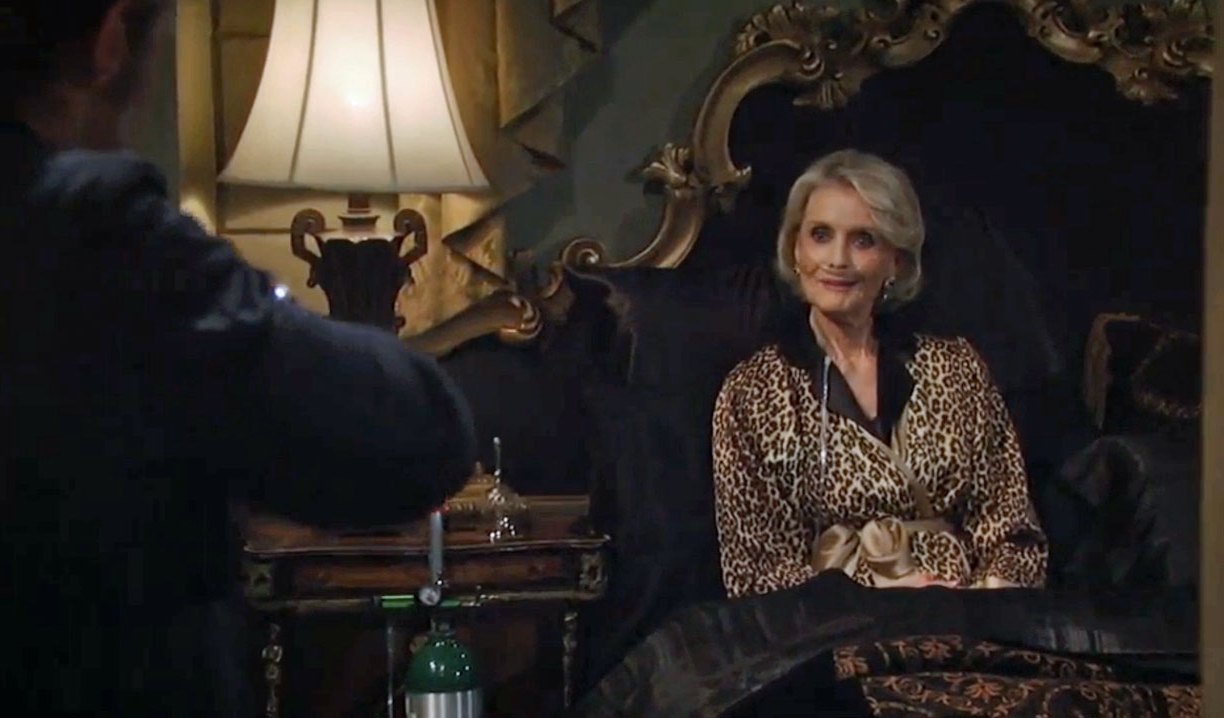 A few fan favorites returned, and several actors gave amazing performances. However the week was still dragged down by the Liz, Sam and Jason triangle.

Jason’s reveal leaves us all in limbo.
Jake’s reveal as Jason, and his lack of memories, has left everyone in limbo, including the fans. The revival of the Sam, Jason and Liz triangle has infuriated viewers who were finally looking for a payoff and resolution from Jake learning who he was.

@TammyD9979 @BlueWizard75 I am hoping for a twist and this doesn't happen. Please writers you are getting audience back, don't go there

@soapoperafan @BlueWizard75 OMG: this is endless! I am so over jason and this quadrangle! please #gh show someone else!

@TammyD9979 @BlueWizard75 man I thought this was done for once I want a Jason/Sam/other man love triangle, she deserves to be fought for

In spite of this horrible recycled storyline, we were treated to some great scenes this week. Brooklyn Rae Silzer (Emma’s) scenes were outstanding and tugged on everyone’s heart strings. The little girl only wants her father to be happy, and to have a full time mom. She may still get her wish if Robin can ever get out of the compound she’s being held in. Speaking of recycled storylines, let’s give Robin a break from kidnapping stories.

Helena returned as Jason and the gals found her dying on Cassadine Island, so she and Nikolas claim. Helena had the line of the week, possibly the year, when she referred to Liz and Sam as Tweedle Dumb and Tweedle Dumber. In order to be reunited with her beloved Mikos, Helena began to unburden herself and tell Jason the truth. Of course she has yet to reveal Liz and Nik knew all about him, and we can only hope she will actually spill that secret. Helena throwing a curse on Sam was a nice throw back to Luke and Laura’s wedding and her curse on them.

Hayden investigates.
It was great seeing Shawn back on our screens, and perhaps we may see much more of him. There was a big backlash on social media when the actor was let go earlier in the year, and now they have the ability to rectify that. If Hayden can prove Shawn didn’t shoot her, perhaps his sentence can be reduced. Of course he still pled guilty to trying to shoot Jake, but people have served less time for greater crimes on this soap. Hayden and Nikolas have such great chemistry that I hate to see them break up, but Nikolas deserves to go down for all his crimes.

Dante must have eaten some brain food.
In last week’s Deconstructing GH I discussed how Lulu started to realize what Dante was feeling when he cheated on her. It seemed as if Lulu was on the verge of trying to work things out with Dante as the week began, but a misunderstanding over Valerie being assigned his ride along partner blew everything sky high. Dante must have taken his smart pills, because he finally realized that deep down Lulu doesn’t trust him and that their marriage may not be fixable after what he did. Hopefully Dante and Lulu will resolve their relationship issues soon, as I’m over watching Lulu lash out at him, and I’m actually on her side.

Hit and run lover.
With Thanksgiving around the corner, I wanted to say how thankful I am that this storyline did not drag on for months and they wrapped it up in record time. I am also glad that it didn’t lead to Franco and Nina splitting, which could have easily happened. However I’m shocked that Nina and Franco have yet to make love. Seriously? These two need to get on that! At first it was sweet that Franco didn’t want to rush things, but now it’s downright silly.

Meanwhile the show finally revived Morgan’s possibly bi-polar issues with Carly wanting him to see the new psychiatrist Dr. Maddox, and Morgan coming up with this idiotic plan to run off with Kiki and start new lives. By Friday Morgan was in a full on meltdown and thought the coppers were after him and Kiki. Oh brother, between Morgan and Anna, the new doc is going to have his hands full. I still wish we could get more of Kevin Collins though.

As always these are just my opinions. Feel free to leave your own in the comments!