Deconstructing GH: The Jason reveal falls flat as nobody pays for keeping the secret

Port Charles’ rants and raves for the week of November 9 - 13: 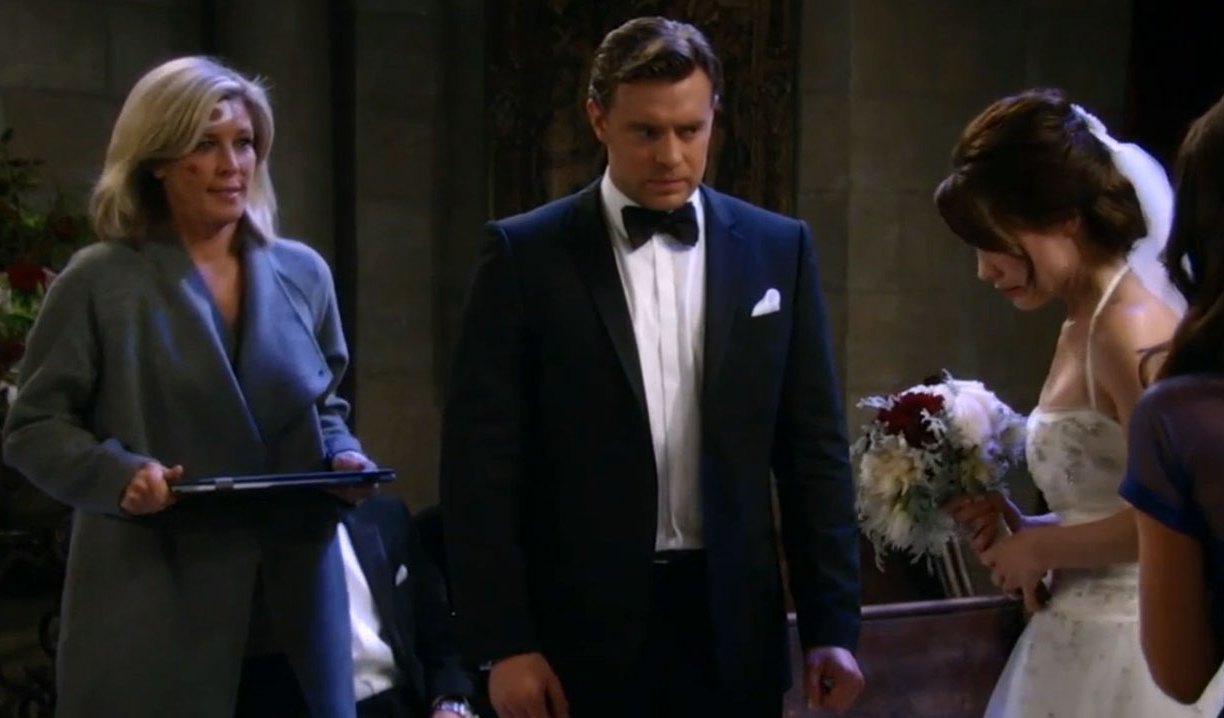 Jake finally revealed to everyone that he was Jason, but the storyline was a bust as the rest of the week focused on the “now what?” aspect of the storyline. Viewers still didn’t get any satisfaction.

I am Jason Morgan, but that still means nothing.
The one positive thing to come about Jake revealing his true identity is that his marriage to Liz didn’t happen. Well that and now everyone finally knows the truth, including himself. However he still doesn’t remember Jason, and doesn’t know where his life goes from here. For the past year he’s had unexplained feelings, dreams, and memories, so for him to say he remembers or feels nothing is just baffling to me. Sam tried to talk some sense into him, but he just doesn’t seem to want to listen.

The worst part of this storyline so far is that nobody has paid! Nikolas has claimed it was all Helena’s doing, and Liz is getting off without as much as a slap to the hand. I really feel Nikolas will do whatever he can to protect her part in the lie from coming out for as long as he can.

Hayden’s partner shocker.
Kudos to the reveal that none other than Tracy is who Hayden has been working with all this time. That was a reveal I never saw coming. Hopefully Tracy has a plan to make Nikolas and Liz pay for what they’ve done, but we all know her main loyalties lie with ELQ, so she’ll likely keep their secret in exchange for the shares back.

Robin’s return.
Robin finally came back this week, though for now only via a phone call as the Cassadines still have her locked away. Who is now giving those orders though? Is it Nikolas, or is Helena still in charge? If Nikolas is doing this, then he’s really fallen further than anyone realized. If Hayden doesn’t reveal what she knows about Nikolas, then it’s really up to Robin escaping and telling everyone what she knows. That can’t happen fast enough for fans.

Sonny is too predictable.
In last week’s Deconstructing GH I felt that if Sonny lost custody of Avery, he’d predictably blame Carly. This came to fruition, and I wasn’t alone in my frustrations with Sonny, as others on Twitter were annoyed too.

@BlueWizard75 A STUPID ass for letting his guard down in front of Ava and not realizing what she was doing. #GH

Not only was his blaming Carly annoying, but the fact that he lost Avery all by himself by falling into Ava’s trap made his blaming of Carly doubly annoying. He was sitting pretty in that courtroom and had it in the bag! He let Ava play him like a fiddle. Sonny is such an annoyance at times.

Now that Sonny knows about Jason being alive, he’s feeling better than ever and is likely plotting how to use Jason to help him get Avery back. Frankly the only part of what Elizabeth did to Jake/Jason that I agreed with was keeping the truth from him in part to keep him away from Sonny. If Sonny cares about him then he will not try and drag him back into the world that got him “killed” in the first place. Sonny needs to just let Jake/Jason be.

The annual Quartermaine Thanksgiving disaster.
Monica’s reunion with her son was fantastic because she was the only one who wanted to get to know the man he was now, and not tell him about the man he was. Hurray for mother! However she spoiled the scene by reminding us of the upcoming annual pizza day at the Quartermaine mansion. Let that one go writers and just give them a real Thanksgiving!

Canceled films, canceled baby.
One of the best things to happen this week was Dillon canceling his awful film, which meant the end to this equally horrid storyline. His character has way more potential than being hung up on Lulu and working on a boring film nobody seems to care about.

Meanwhile, Lulu found herself in a similar situation as Dante was with Valerie. Lashing out and hurt, she almost seduced Dillon, but stopped when she realized that’s exactly what Dante did. While it was good she got a glimpse into how he was feeling, she at least knew better and stopped it from going anywhere. Viewers seem torn on this and whether Lulu is also to blame for what happened, but I’m on Lulu’s side here. Now the embryo implantation is off, and Lulu and Dante may be off as well.

The return of Crimson.
Having Nina and Maxie looking for their purposes, and both landing at the revived Crimson, was a great idea on the writers part. Maxie has been doing nothing but pining over men for far too long, and Nina definitely needs to get out there and get a storyline that also doesn’t involve going crazy over guys. I look forward to this and more diversity on the show than just the mob stories.

As always, these are simply my opinions. Agree or disagree, leave your own in the comments.