Nikolas Finds His Own Kind of Acceptance.

Nikolas realizes that he has to accept Luke's choices.
Jason is sucked into Lulu's crisis.
Patrick is disappointed in Robin's bedside manner.

Elizabeth brings some groceries to Jason and is surprised to see him up and about. He thanks her for taking Sam a cell phone so that they could talk. Liz explains that she did it so that Sam could talk him out of being so careless with his recovery.

Alexis and Sam are ready for the bail hearing. Alexis tells Sam that she will most likely be considered a flight risk, so it's doubtful that she will get out of jail before her trial. When they get to the court room, Ric is surprised to see that Alexis will be representing Sam after all. He asks Sam to have the decency to speak up if it looks like Alexis will pass out again. The Judge enters the room and learns that Alexis doesn't have co-counsel. He clearly doesn't think she's strong enough to handle the case by herself. Alexis assures him that she can handle it, in spite of her medical leave of absence. She provides a sworn affidavit from her oncologist that she can endure the duration of this murder trial. He agrees to let her stay on the case, but she is to wear a wig (instead of her scarf) so that the jury isn't swayed by her case. Alexis agrees, but tells him that she will also be filing a discrimination case. It's duly noted.

Lucky asks Ric why he is so convinced that Jason is still alive, they have no evidence. Ric assures him that soon, they will.

Lulu and Spinelli are bickering under the stress of their imminent death. Spinally tells her that they are in a game over situation. Alcazar's thugs bring them a bottle of tequila to make them more comfortable. After they leave, Lulu wants to focus on getting out of there, but Spinelli cracks open the bottle so that when they are snuffed, he doesn't feel a thing. Lulu sees the logic, so she takes a big swig, too.

Lorenzo is getting ready take a trip to Venezuela to bury Diego. Skye wants to go with him, but he says he has to do this on his own. As they hug, Sonny and Stan barge in. Sonny announces, If you want a war, you got one. Skye starts to leave the room, but Sonny doesn't want to her to go because he wants her to hear what Lorenzo is doing. As Sonny is talking, Stan is able to swipe a little electronic device from Lorenzo's desk, and replace it with a fake one. Before Sonny and Stan leave, Sonny tells Lorenzo to back off or his new little girl will grow up without a father. When they're gone, Lorenzo tells Skye that now it's clear; keeping the peace won't be possible.

Lucky seeks Robin out at the hospital. He tells her that Ric thinks Jason is alive, and since she's a doctor as well as Jason's friendhas Jason come to her for help? Lucky tells Robin that his orders are to bring Jason in dead or alive, but he wants to bring him in peacefully. Robin reports that she hasn't heard from Jason, but promises to let him know if she does. Before he leaves, Robin apologizes for her part in Laura's case. She tells him she was wrong for giving false hope about his mother. Lucky tells her that she has nothing to apologize for and he wouldn't trade any of the time they had with their mother. Patrick has overheard this whole thing. After Lucky leaves, he tells Robin that he'd give anything to have time with his mother again. 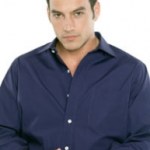 Nikolas is getting some fresh air on the roof of the hospital before a board meeting. Emily goes up there for the same reason and they talk about how nice the weather has been for November. He tells her that the last time November weather was this warm was 25 years ago, when his mother married Luke the first time. Nikolas goes on to tell Emily that he isn't happy with Luke for deceiving them all about Laura's condition. He's even more upset that Luke duped Laura by telling her that they are married even though he's still married to Tracy.

Meanwhile Lulu and Spinelli are having fun trying to say tongue twisters after drinking all the booze. The thugs come in and tell them the party is over. Lulu escapes for a minute but they catch her. They pull out another bottle and order Lulu to drink more. She refuses, but they threaten to shoot 'her friend if she doesn't. She announces that Spinelli isn't her friend, to which he flinches and says, Harsh much? As the thugs cock the gun, Lulu panics and agrees to drink the booze.

As Lucky is leaving the hospital, he runs into Maxi. She tells him that she's on her way to see Dr. Winters, does he want to come? She says can feel the baby moving already and maybe when she's showing, he'll realize what a miracle it is. He runs to catch the elevator. A little later, we see Maxi behind the nurse's station shopping for maternity clothes online.

Sonny and Stan stop by the art studio to tell Jason that they were able to make the switch at Lorenzo's and now will be able to hear all of his correspondences. Just then they hear the voices through the device. They are reporting to Lorenzo that the girl tried to escape but they got her. Sonny orders Jason to sit tight.

In the courtroom, the Judge lists the many charges against Miss McCall and pronounces her a flight risk. Alexis asks if Sam can be in her custody. Ric doesn't object, surprisingly, so the Judge sets bail. But first, he tells Sam that if she splits, her mother will be held accountable.

In the hospital lounge, Patrick is talking to a young boy's parents about his chances of recovery from his brain tumor surgery. He introduces Robin to them because she specializes in drug therapy. She flatly rattles off some statistics and tells them that their son's chances of survival are poor, at best. After the parents leave, Patrick asks Robin why she scared the heck out of them. She says that she doesn't see the point of putting a kid though an invasive surgery if it won't improve his quality of life. He tells her to take her attitude and stay away from his patients.

At the art studio, Elizabeth tries to get Jason to eat soup, but he's interrupted by a phone call. An employee of theirs at the docks has heard a scream and couldn't reach Sonny. Jason thinks it's important so he goes to investigate, despite Liz's objections.

After Alexis has posted Sam's bail, Sam is wonder why Ric didn't object. She asks Alexis if perhaps he's truly concerned about her condition. Alexis tells Sam that Ric has an agenda, and warns her against giving him any credit for kindness. He finds them and tells Sam to enjoy her freedom and enjoy her family while she can. After he leaves, Alexis warns Sam that he wants her to run so he can bust her. Sam assures her mother that she won't.

When Sonny arrives at home, Max tells him that he has a visitor. Sonny goes into his study to find Pete Marquez, the professor. Pete tells him that his student did computer work for Alcazar. Sonny immediately realizes that Pete is talking about Spinelli. Pete tells Sonny that now Lulu is missing and he thinks she has gotten involved with Alcazar's quest to kill Spinelli. Sonny says that Lulu is the daughter of an old friend of his. Pete tells Sonny that Alcazar has been threatening his life, to that makes Lulu's disappearance all the more frightening.

A drunken Lulu and Spinelli are commiserating about their fate when Lulu hears a noise. She positions herself behind the door with the booze bottle as a weapon. She says she's not going to die without a fight!

Nikolas tells Emily that he has considered making a call Dr. Lagrossi in Paris to try to understand why Luke did what he did. He thinks he might feel a little better if he hears that Luke struggled with his decision. The more Nikolas talks, the more he seems to soften his attitude toward Luke. Nikolas talks himself into a realization that by marrying Laura even though he knew it wasn't the real thing, Luke was only giving her what she wanted. Nikolas recalls how Luke put his arm around him during wedding photographs as if it was normal for them. He remembers one particular moment when Laura looked at Luke with all the love in the world. Nik says maybe he owes it to his mother to give Luke the benefit of the doubt. Maybe that's what he takes from his final time with his mother the image of the love on her face, and maybe even a some kind of newfound acceptance of Luke.

Behind the door Lulu is bracing herself to smash the bottle over whomever it is that is about to enter the room. And she does! The only problem is that it was Jason.

On his way to Venezuela, Lorenzo touches base with his thugs via phone. He tells that killing the girl is the only way now, but he wants it to be painless.

Skye, holding sweet baby Rae, visits Sonny and asks what he intends to do about Lorenzo. She pleads, again, for peace between him and Alcazar. Sonny says that if she wants her daughter to have peace, keep her away from her father because he is capable of unimaginable things.

At the DA's office, Ric asks Alexis if she ever wonders what happened to their relationship. He doesn't know why he did what he did, but they did have a family at one time. She tells him that she wonders that every single night. She asks him if he just snapped, or is this really who he is?

Liz is alone at the studio now, and she's holding her belly and talking to her baby. She tells it, Your daddy is strong and resourceful just then there's a knock at the door. Sam has stolen scrubs from the locker room at the hospital and gone over to visit Jason. Liz lets her in and she is shocked to learn that he's gone off after Spinelli. Elizabeth curtly tells her that he's out risking his life, again, over her.

Spinelli and Lulu are panicking because they knocked Jason out. Spinelli takes off, but Lulu can't leave Jason. He wakes up and she explains their situation. Lulu helps him to his feet and they try to leave, but they are met at the door by the thugs with guns.

Sam indignantly asks Elizabeth, How dare you try to explain Jason to me!

Jason has his hands full and tied at the same time.