Brando and Sasha Get Married in Canada — Plus, Felicia and Anna Plan a Trip to Austria to Find Evidence Against Victor 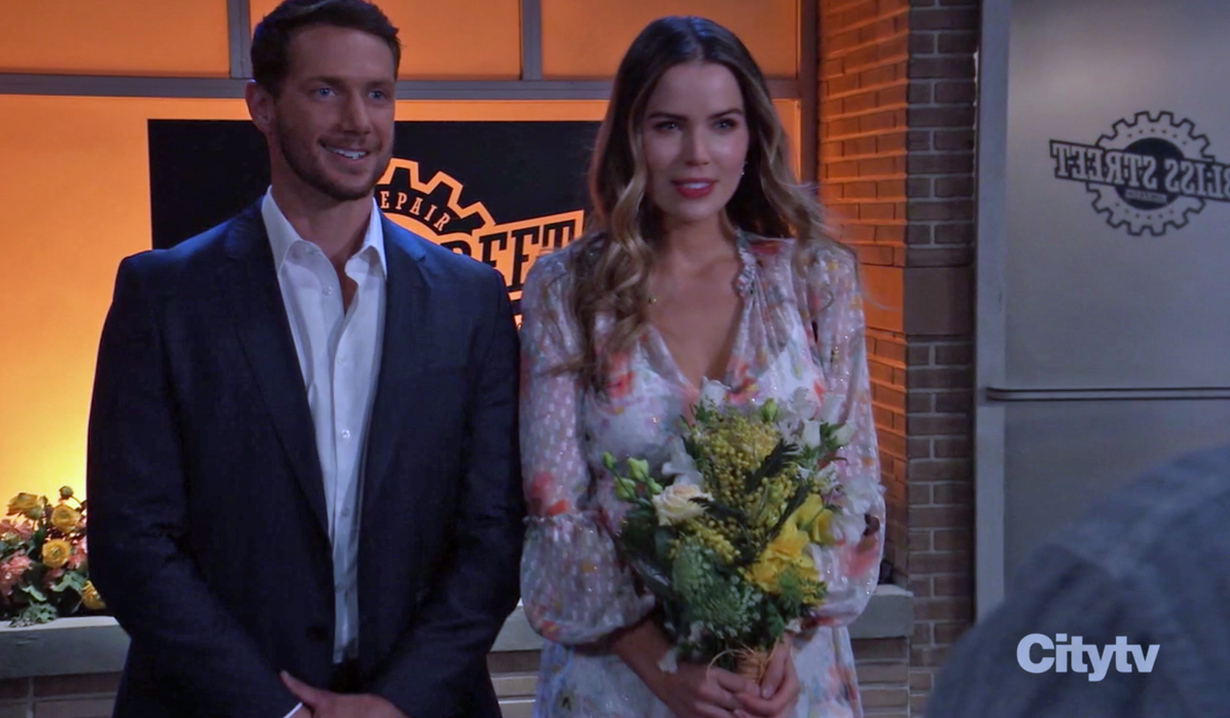 Michael meets Willow at The Savoy to celebrate her finishing exams. Willow confides in Michael that she messed up.

Nearby, Diana and Alexis enjoy a night out together. Alexis reveals she invited Harmony to join them and orders Diane to be nice. Harmony (temporarily being played by Priscilla Garita) arrives and Diane excuses herself to get them drinks. Alexis notices Willow at the other table and points her out. Harmony feels she should say hello. She stops over to their table and they briefly chat. 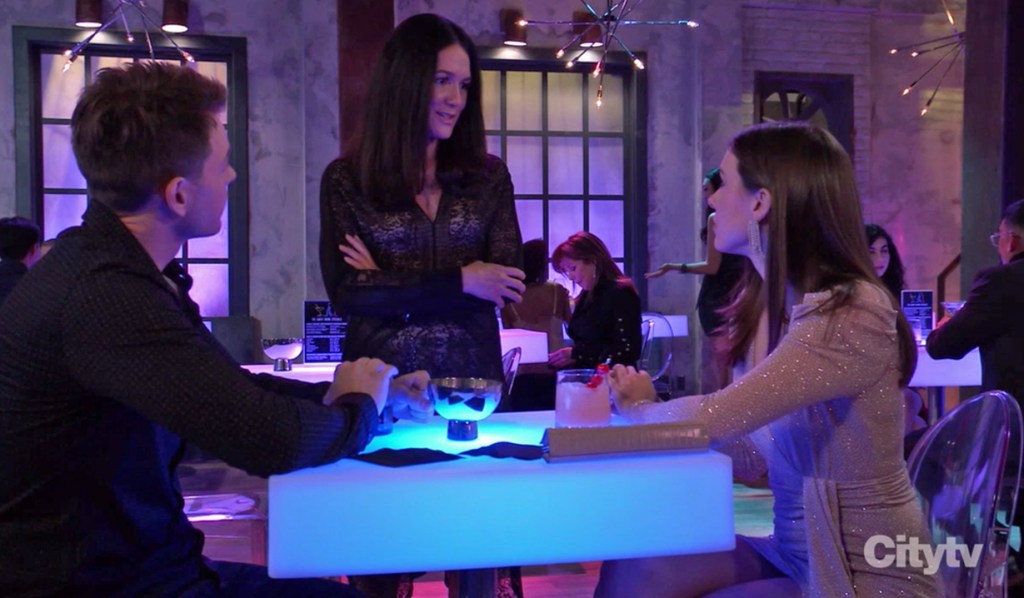 Diane returns to Alexis and tells her a very attractive man at the bar can’t stop looking at her. The man approaches and offers to buy Alexis a drink, but she declines. Diane can’t believe her and threatens to shake her friend. Diane wants Alexis to open herself up to love again. Harmony returns and wonders what she missed. Diane excuses herself, and Alexis fills Harmony in on Diane pushing her to date. Harmony tells her that if she doesn’t want to date then that is perfectly fine. 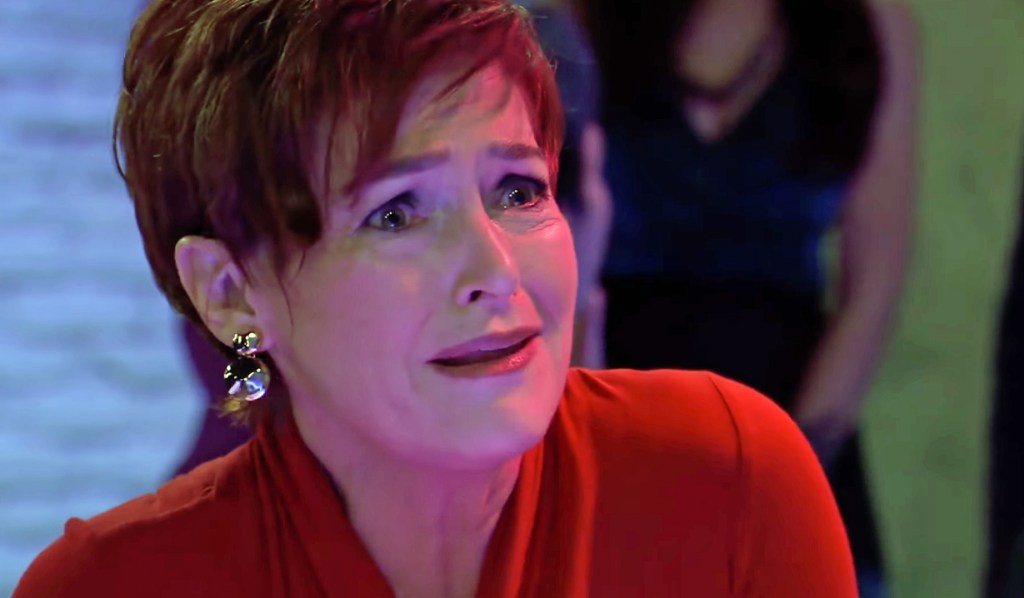 Back at their table, Willow explains to Michael that she snapped at Nina and pushed her too far, and now she’s is going to exercise her legal right to see Wiley. Diane joins them to talk about Wiley and the lawyer explains Nina is not completely correct that she has the right to visit. All Nina can do is bring a petition in front of a judge, who still has to approve of the visitation. Diana is happy to help them and suggests they keep this out of court if possible. She also advises them for the time being not to engage with Nina. 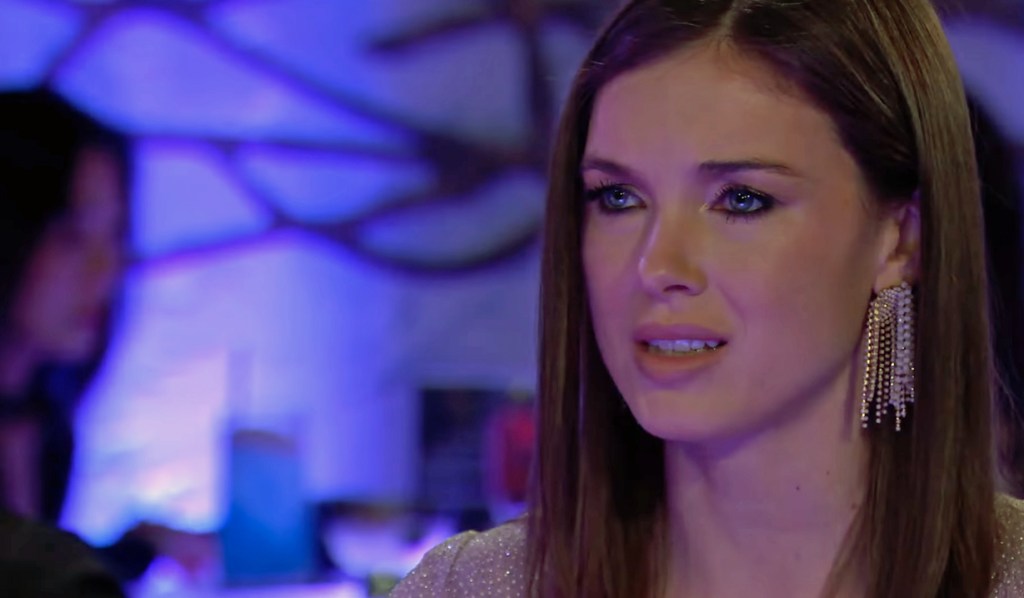 Diane returns to her friend and finds Alexis in a better mood thanks to Harmony’s support. Harmony says Alexis has been given a new beginning and that is something to celebrate. Alexis decides to do so by hitting the dance floor. 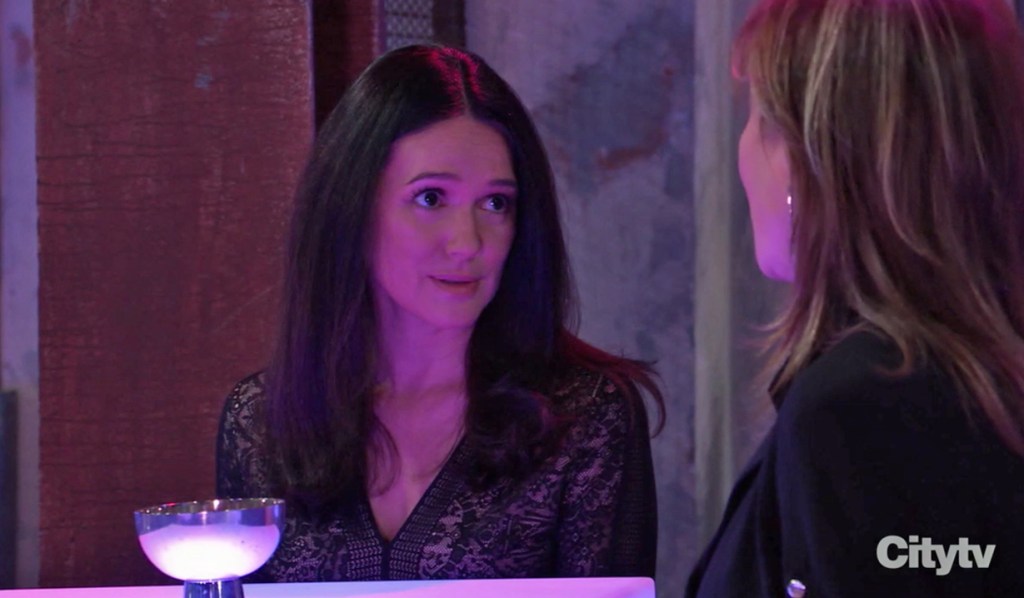 More: Exiting actress sends a message to her replacement

Maxie stops by the hospital to see Austin. He smiles at her and they move in for a kiss. However, they’re disrupted by Mac, who clears his throat. Mac is with Felicia, who asks if they are an item. Maxie explains they are still figuring things out. Mac looks forward to getting to know him better. Mac and Felicia depart for a prior engagement, and Maxie apologizes to Austin for her parents. 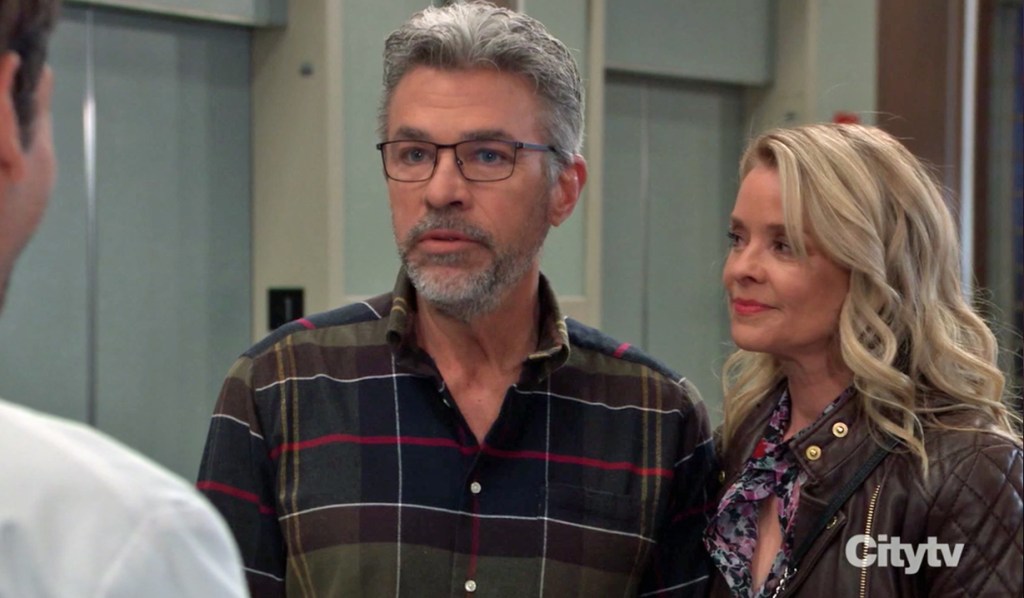 Austin notices Maxie is holding a box and asks about it. She tells him she needs his help getting rid of Peter. He offers to help after she fills him in on the box, and they lean in for another kiss. This time Obrecht interrupts and vows to protect Maxie from Austin. 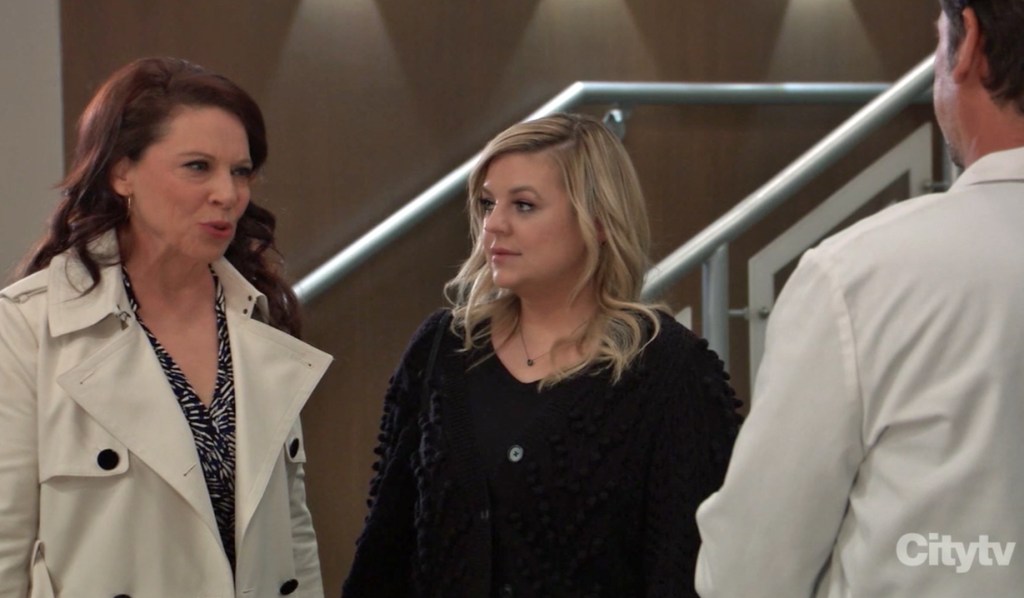 Austin again apologizes for his mistake in telling Victor what he did. Maxie asks Obrecht to forgive Austin for her sake. Obrecht agrees to coexist with Austin but warns if he makes another mistake he won’t live to regret it. Later, Maxie asks Austin how they get rid of Peter’s box. He says hospitals have a way of getting rid of toxic waste and suggests a trip to the morgue. 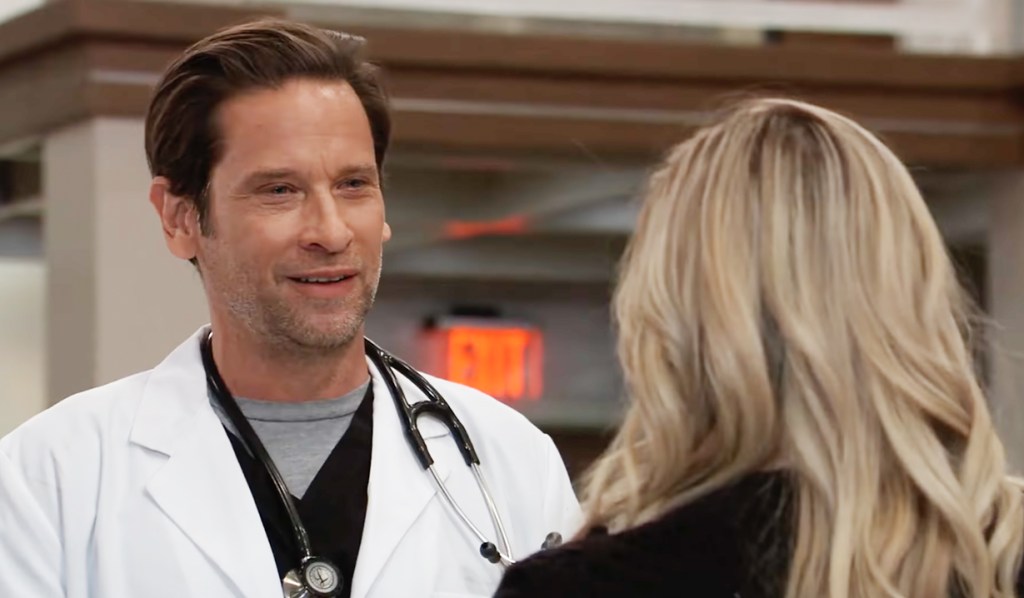 At the Metro Court, Robert and Anna chat about Peter, and he reminds her not to let the guilt over his death eat her up. He states what Peter did was all on Peter. Anna thanks him, but says there is another person to blame, the person who helped Peter and may have killed Luke. Robert knows she means Victor. 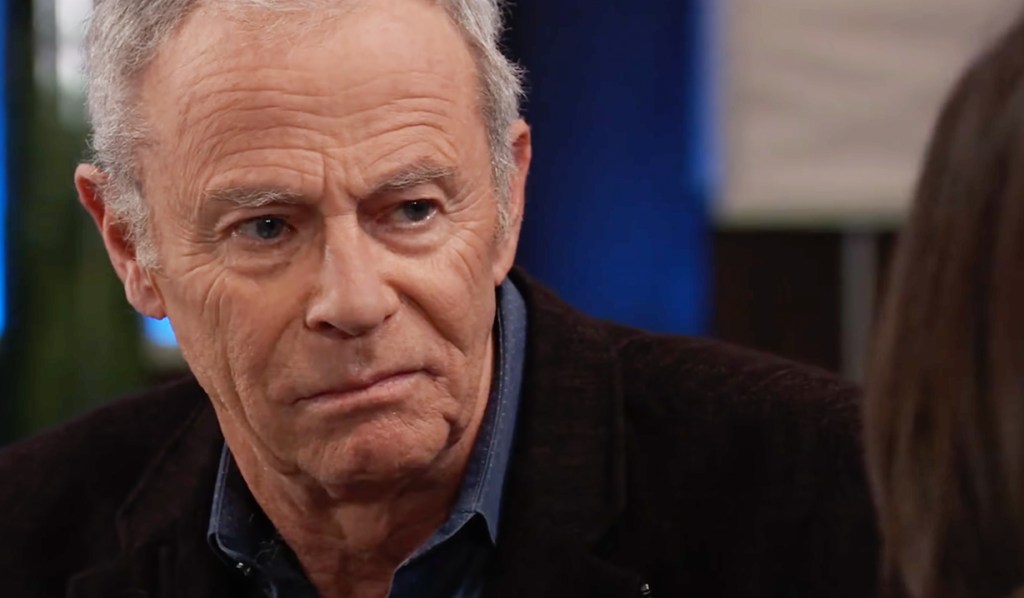 Mac and Felicia join Robert and Anna and they continue to discuss Victor. Felicia reveals she and Anna have a plan to find proof that Victor killed Luke and it involves them going to Austria. Mac is against it, but Anna needs Felicia as an alibi so as to not arouse Victor’s suspicions if she were to go alone. They will claim the WSB needed to debrief them. Anna promises Mac if anything dangerous comes up that she will get them out of there. Robert believes they owe it to Luke to stop Victor, and Mac agrees. Felicia vows to see Victor in prison and make him pay for helping Peter. 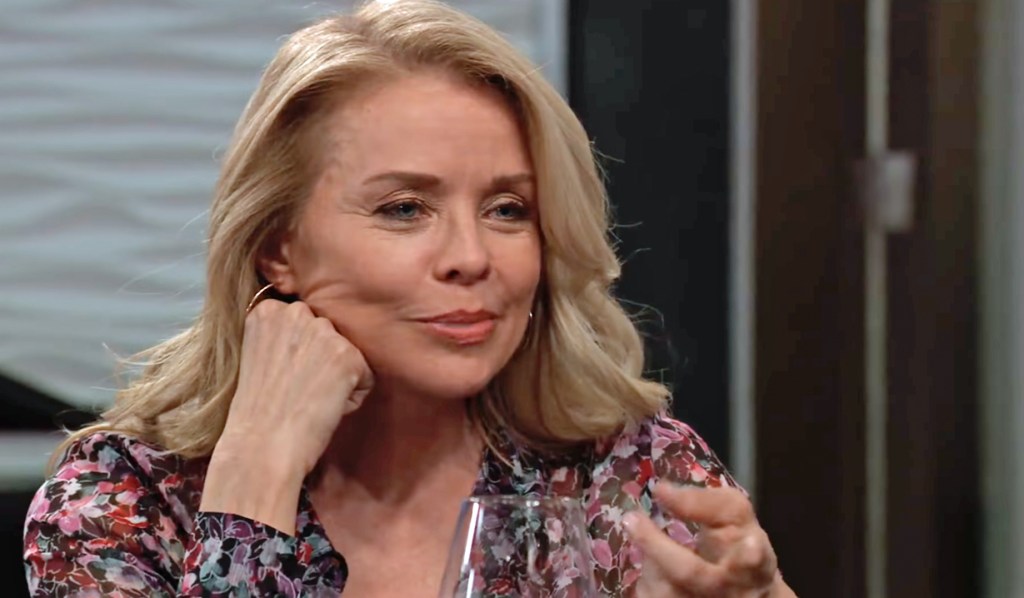 By the elevator, a desperate Gladys leaves a message for Brando that she knows he’s getting married and not to do it. Carly arrives, and Gladys asks for her help stopping Brando and Sasha from eloping. Carly sees nothing wrong with what they are doing, so Gladys says she’ll go to Sonny if she won’t help. Carly can tell she’s been drinking, so she offers to drive her to Sonny’s place. 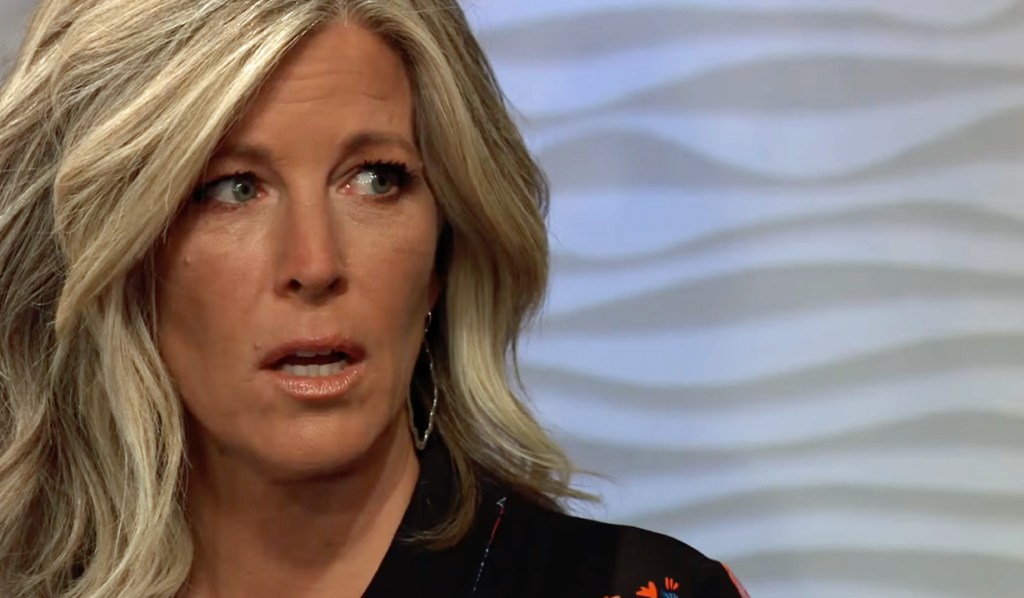 Nina drops by Sonny’s penthouse to talk about their grandson. She tells Sonny that she’s suing for visitation after an argument with Willow. Sonny doesn’t blame her for doing what she needs to, but she can’t do this. She explains Willow and Michael are leaving her no choice, and she hates putting him in this position.

There is a knock at the door, and it’s Carly and Gladys. Gladys tells Sonny that Brando and Sasha are in Canada to elope, and they have to stop it. She feels they are still grieving and shouldn’t be entering a marriage right now. 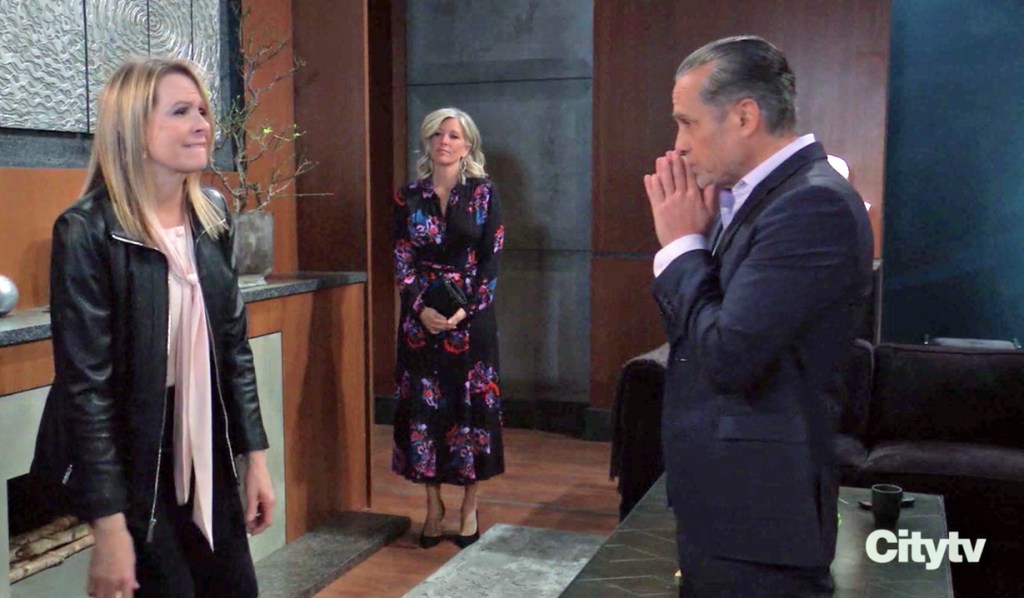 Carly states they are adults and have been through hell. Sonny agrees that Brando and Sasha are good for one another. Nina tells Gladys that Carly and Sonny are right, and they must trust Sasha and Brando to know what they are doing. Sonny tells Gladys the hardest thing about being a parent is sometimes doing nothing. She just needs to be there for them and whatever comes next.

At the garage in Canada, the mechanic relays bad news. There is an issue with the carburetor and he can’t get the part he needs until the morning. Brando offers to look at it and goes in the back. Sasha opens her phone and sees there is no cell service. She begins to panic and pops a pill.

Brando returns and admits there isn’t much he can do. He is sorry and says perhaps they weren’t meant to get married tonight. The mechanic overhears and reveals he’s ordained, and his wife could be their witness if they don’t mind marrying in a garage. Brando and Sasha laugh that it’s perfect. 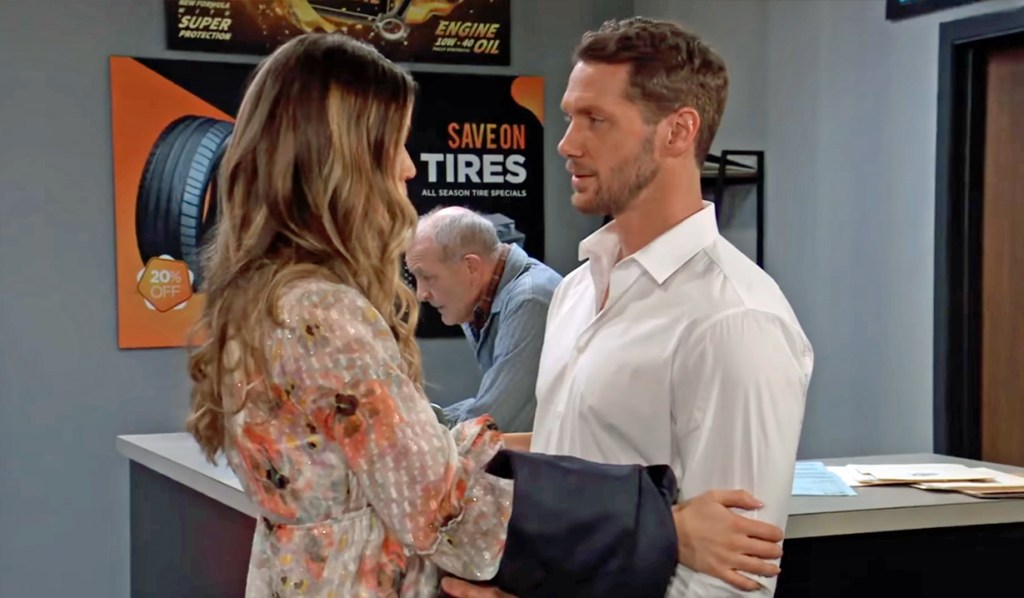 In front of the garage, the mechanic begins the ceremony. Brando and Sasha exchange spur-of-the-moment vows relaying what they mean to each other. They exchange rings and are pronounced husband and wife. 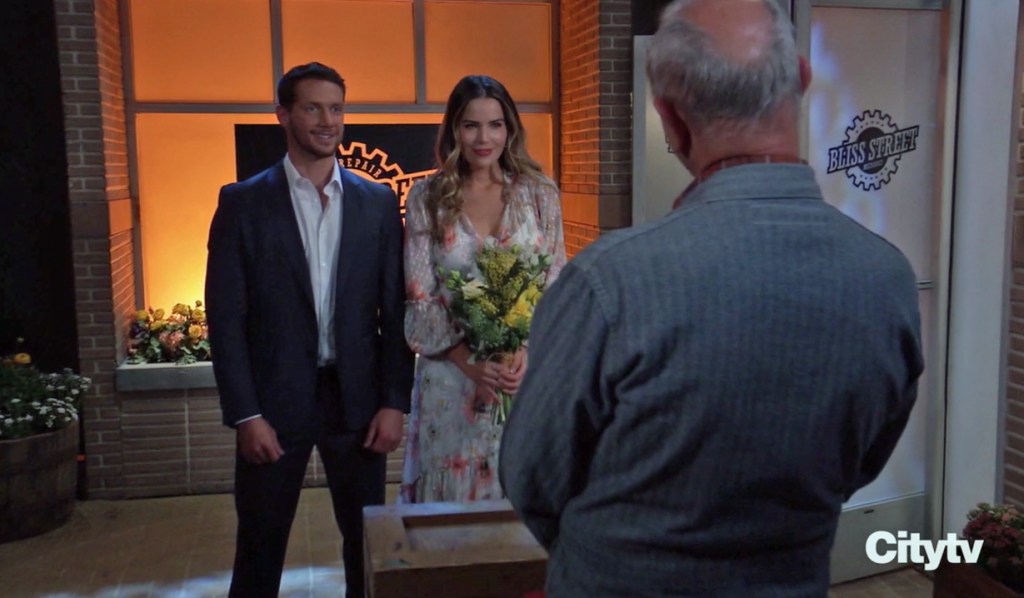 The couple returns to the garage to use the landline and call Gladys. Back at Sonny’s, Gladys answers her phone. Brando tells her that he’s in Canada and he and Sasha eloped. She chokes back her tears and wishes them a happy life and gives them her blessing. She tells them to come home soon. After the call, Sonny tells Gladys that she did the right thing. Gladys rushes out, and Carly thanks Sonny for his help. She leaves, slamming the door behind her.

Nina and Sonny get back to chatting about Wiley. Nina agrees to put her legal action on hold if he thinks he can convince Michael to let her see Wiley. Sonny feels it’s for the best and tells her to just lay low. Nina says she’ll focus on the newlyweds for the time being. 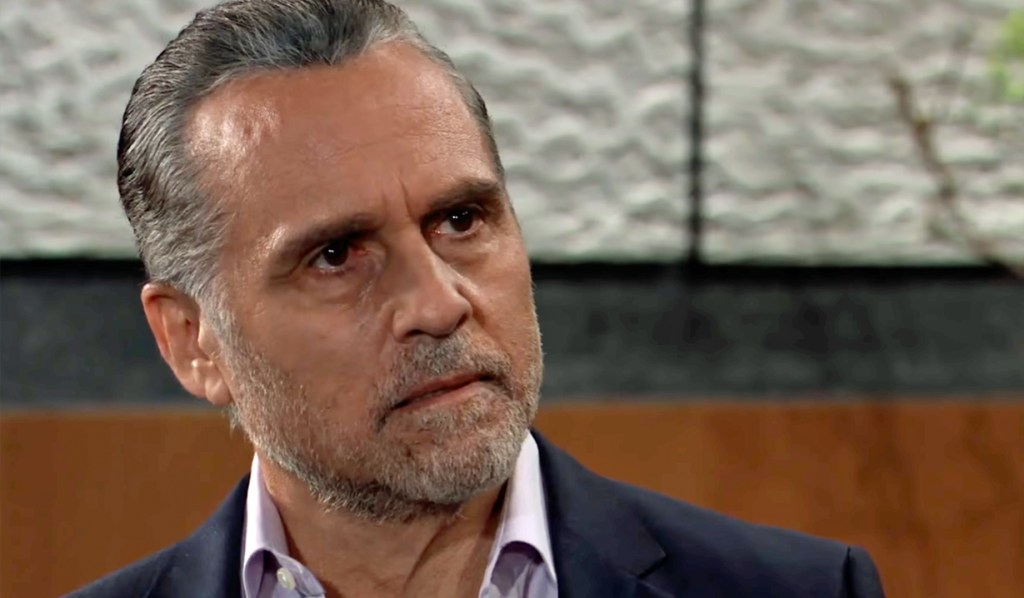 Outside the apartment, Carly tells Gladys she did good in there. Gladys calls her a saint for not ripping Nina’s hair out. Carly says, she’s no saint, just a woman trying to move on.

Back in Canada, the mechanic and his wife offer to put the newlyweds up at their place for the night. They accept. Brando tells Sasha he knows this wasn’t her fantasy elopement, but she says it is because at the end of the day they are married.

On the next General Hospital: Joss turns to her mom for help. Liz has a talk with Cam and Jake. Brook Lynn is shocked by what she sees.

Take a look at soaps’ greatest female characters in the photo gallery below. 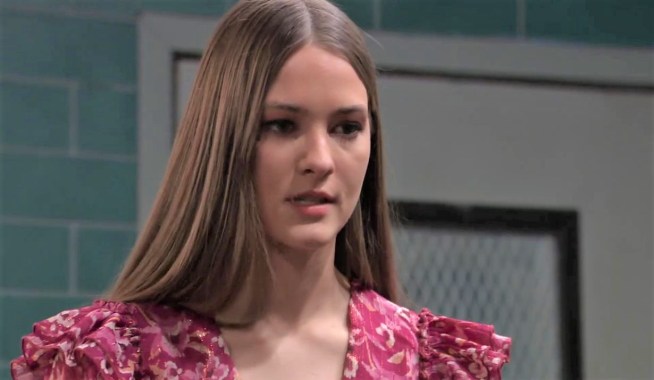 Victor Falls Into a Trap — Plus, Ryan and Esme’s Connection Is Revealed

Cam and Joss Confide in Liz and Carly About Their Sex Tape — Plus, Michael Gives Brook Lynn Advice Regarding Chase 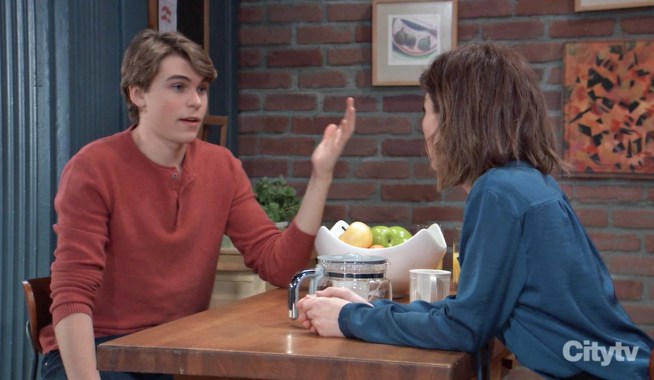