Tuesday, November 30, 2021: Today on General Hospital, Drew's reunion with the Quartermaines brings joy and sadness, Scott and Obrecht have a happy reunion, and Joss is stunned to learn of Jason's death. 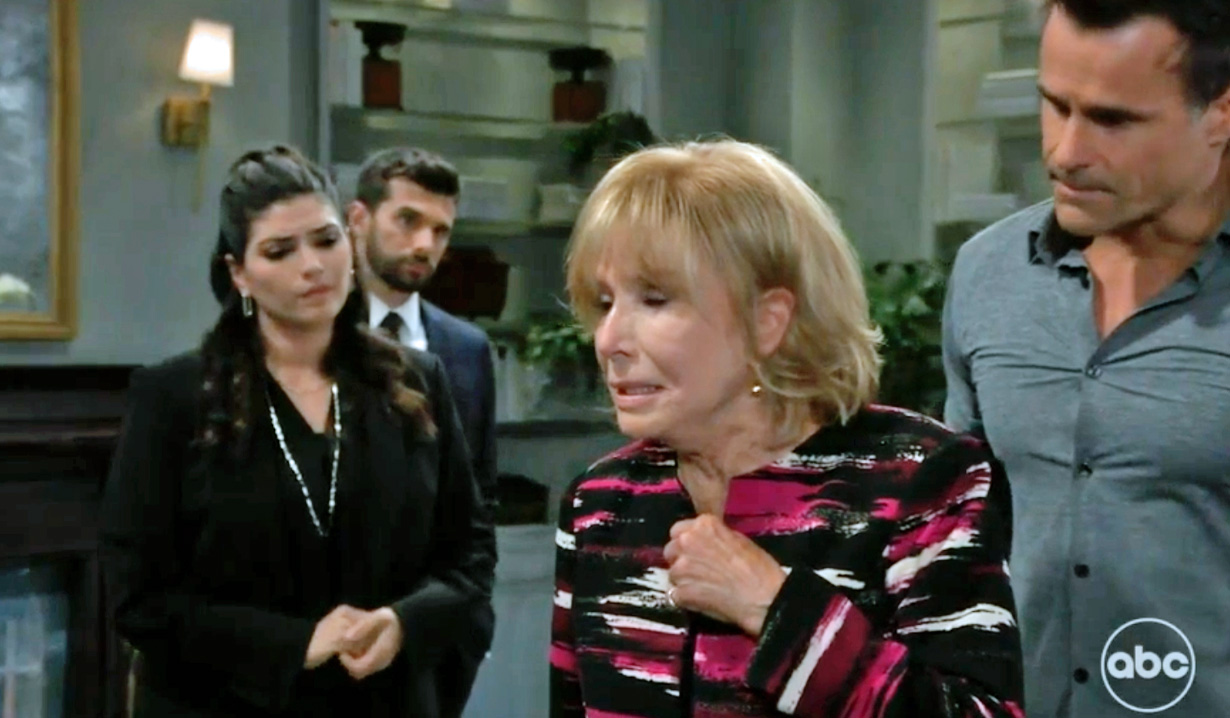 At the Quartermaine mansion, Monica is stunned when Drew appears at the door with pizza in hand. Ned, Olivia, BLQ and Chase head into the foyer to get the pizza and are surprised to see Drew holding them. Monica quickly throws her arms around Drew.

The family sits down in the living room, and Drew fills them in on him being abducted by Peter. Monica wishes Jason was there to share the pizza with them but knows he needs to be with his children. Drew hangs his head, and Monica realizes he’s not saying something. Drew explains that Jason and Britt came to rescue him and Obrecht and in the process Jason… 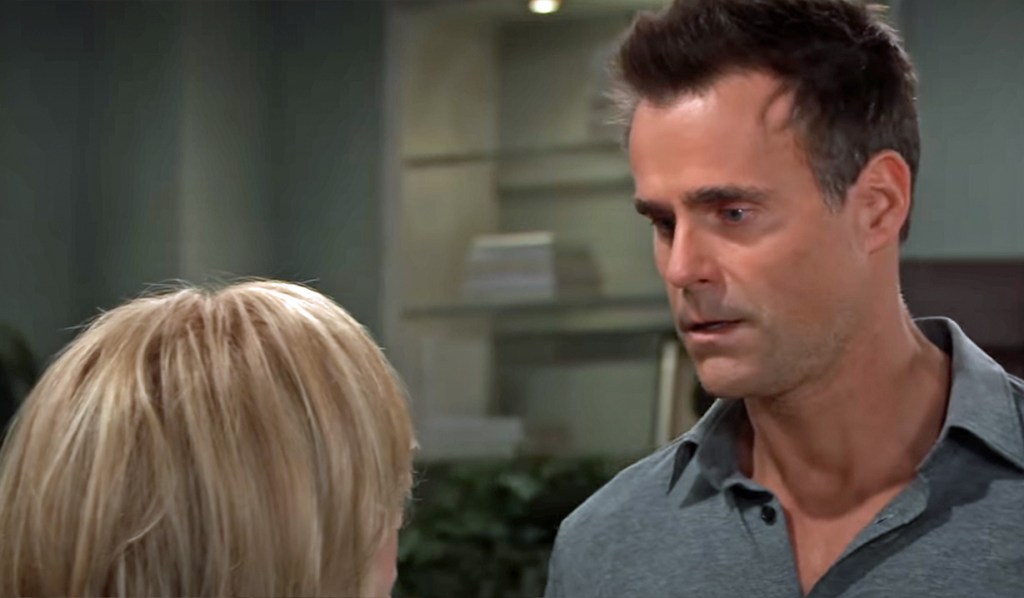 Drew doesn’t finish his sentence and Monica realizes Jason is gone. Drew tells her how sorry he is, and would never have traded his freedom for Jason’s life. Monica scolds him to never say that again because both he and Jason are her sons, and one is not more important than the other. He holds Monica as she cries. 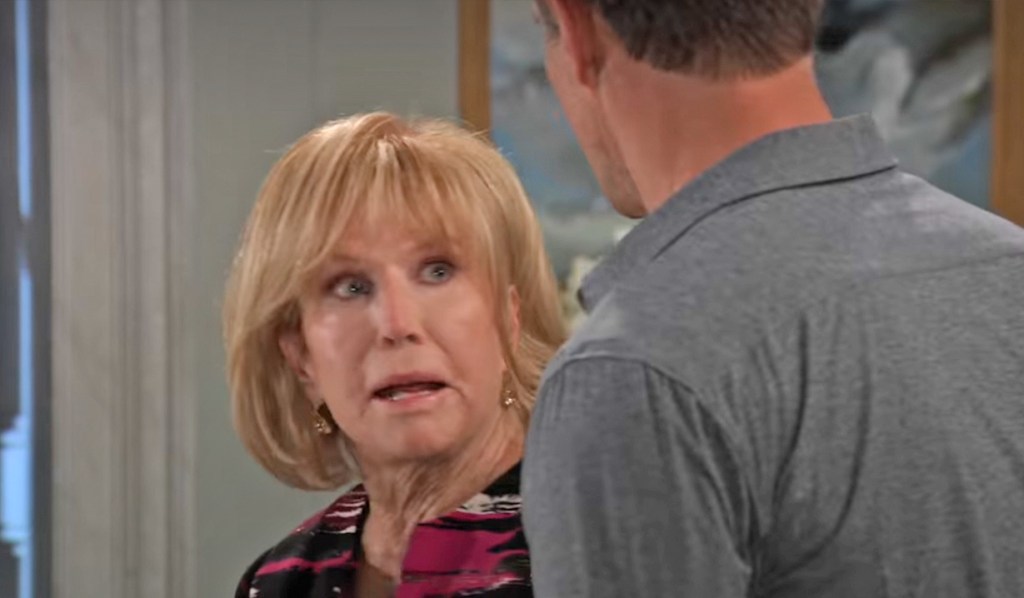 Monica reflects on how happy Jason was at his wedding reception. Olivia realizes this is going to kill Carly and Sonny. Brook Lynn brings up Michael, and Ned wonders if they should tell him. Monica thinks they should let Carly handle that. Monica is thankful that every time she was with Jason she told him she loved him. Drew notes that all his memories of Jason are full of anger, and just when they began to connect as brothers, he lost him. 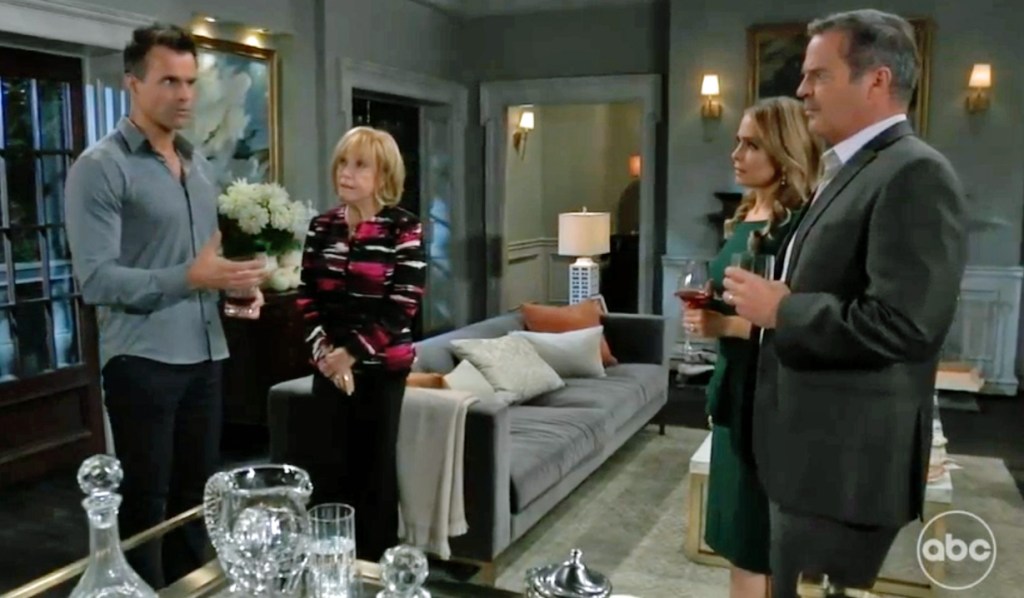 Monica knows they’ll be grieving for Jason for some time. However, today when they give thanks, she wants to focus on Drew coming home to them. They all toast to Drew, who toasts to Jason. BLQ decides to go check on Bailey, and Ned suggests she take Chase to see the daughter he just found out about. They exit and Olivia asks Drew how Anna and Robert knew where he and Peter were. Jason doesn’t know, only that Valentin was helpful. Ned is intrigued. Drew asks what disaster ruined the turkey this year. Monica says it was Annabel 2 and thinks the dog will be over the moon to see him. She escorts Drew to visit the dog.

Alone, Olivia can tell Ned is thinking about something. She saw how his face lit up at the mention of Valentin’s name, and realizes the war isn’t over. 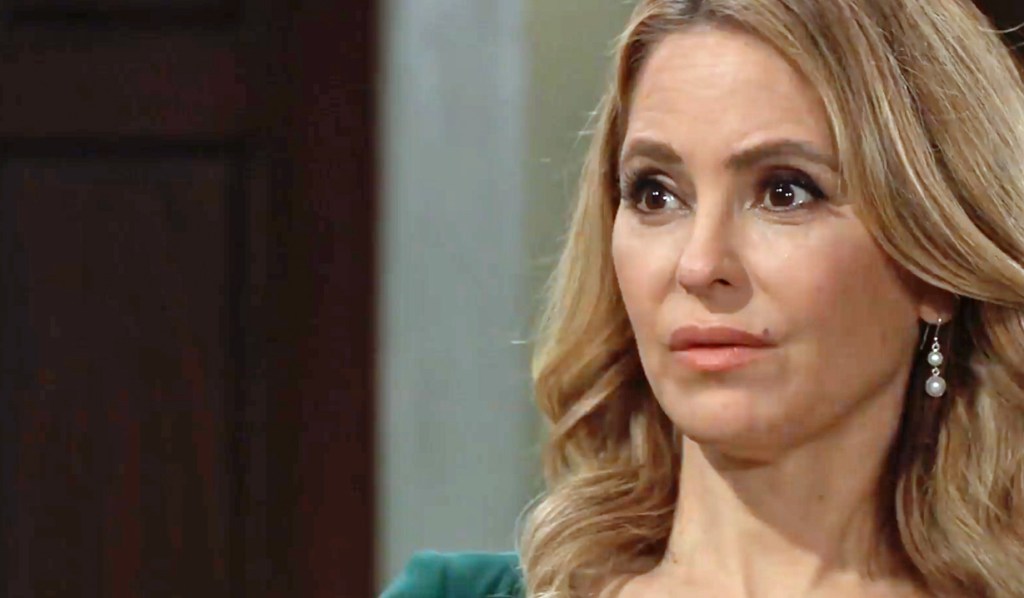 At Sam’s, Dante tells her the kids are sleeping. He didn’t say anything about Jason but thinks they know something is going on since they aren’t at the Quartermaines. He says they just assume another disaster happened, and that Danny was looking forward to pizza. Sam throws her glass against the wall, having ordered them all turkey burgers.

Dante checks on the kids and they are still asleep. Sam cries that all she wanted was Scout’s father to come home, and never thought it would come at the cost of Danny losing his. She fears Danny may hate Scout because of this. Dante knows Danny won’t waste his energy with hate, and she’ll teach him there is no room in their lives for hate. Sam falls into his arms. Sam always knew this was how it was going to end for Jason, and if they were still together then she would never have been able to recover. Dante is positive she would have survived and urges her not to underestimate herself. 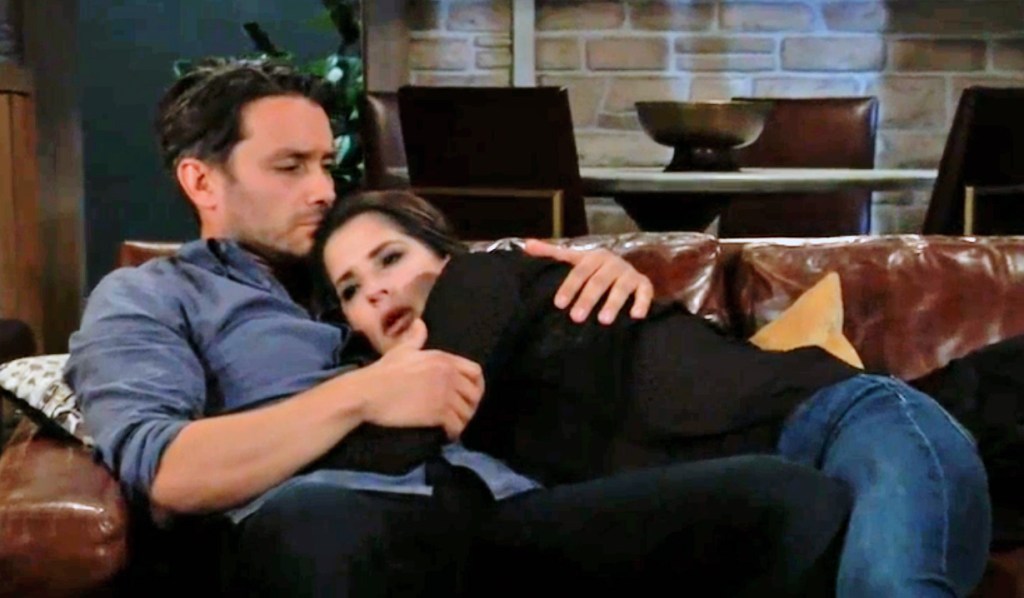 Dante offers to leave her to process her thoughts alone and asks to leave Rocco and pick him up in the morning. Sam implores him to stay as there is no other shoulder she’d like to cry on than his. The two begin to kiss, and Dante pulls away and apologizes for overstepping. Sam says he didn’t, and she wants this too. They continue to kiss. 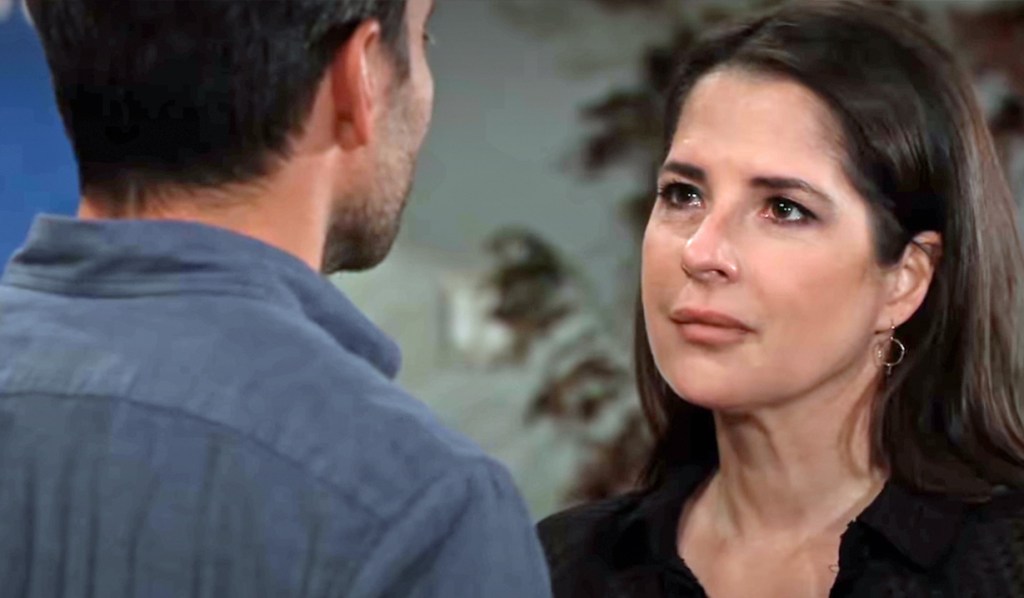 At General Hospital, Britt finds Obrecht in her room having a nightmare about the tunnels. Britt wakes her mother up and wishes she had told her how injured she really was. Obrecht wanted to make sure Britt and the others were alright first. Britt urges her mother to get rest and not to have any more nightmares.

In her office, Britt checks her emails and responds to most of them advising people to forward their requests to Dr. Randolph. Austin enters and finds her drying her tears. He asks what is wrong and if he can help. She tells him to walk out the door, and if he tells anyone what he saw, she’ll have him fired. 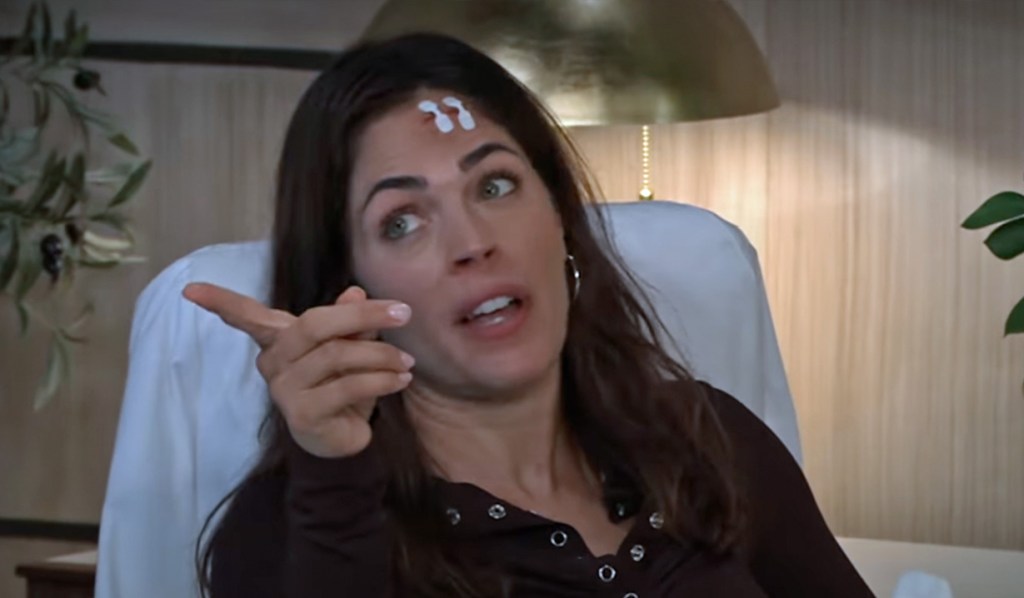 Austin suggests she shut the door if she wants to have a good cry. He suspects she’s upset at being alone on Thanksgiving and having no one to break the wishbone with. Britt explains she just lost the first person she’s cared about enough in a long time to break a wishbone with. Austin asks who it was. She reveals it was Jason, and she never thought he would die before her. Puzzled, Austin asks how she came to that conclusion. Britt brushes off the comment. Austin is headed home to order a turkey burger and sweet potato fries and invites her to join him and watch some football. She thanks him, but says there is something she needs to do. Britt heads out. 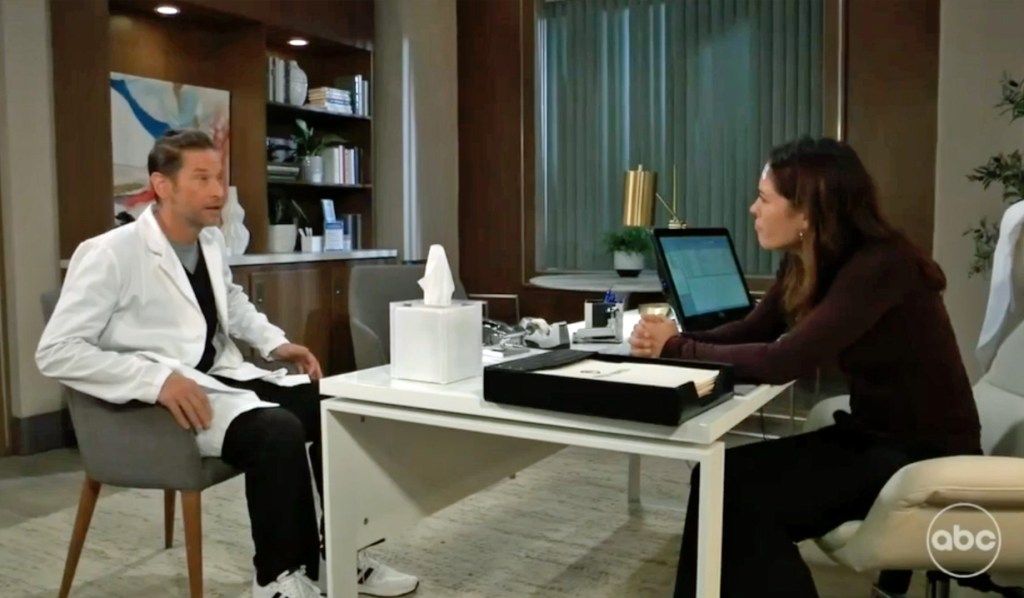 Back in Obrecht’s room, she’s thrilled when Scott shows up to visit. She holds her arms out, and he gives her a huge kiss. After professing their love, Scott jumps into bed with her. Later, Austin knocks on the door to check on Obrecht and is stunned to find her in bed with Scott. They shout, “Get out!” and he quickly shuts the door. 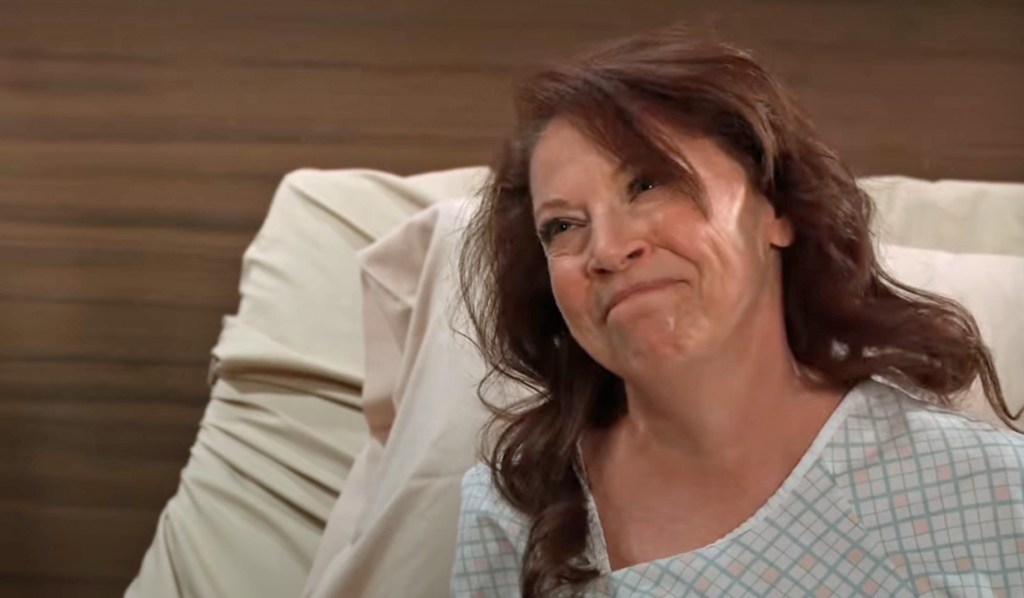 On the Corinthos porch, Carly cries as she thinks about Jason. Sonny spots her through the kitchen window, heads outside and they embrace. They go back into the kitchen, and Sonny explains what Anna told him about Jason’s death. Without a body, Carly wants to believe there is hope for Jason. She says Jason is the most important person to… both of them. 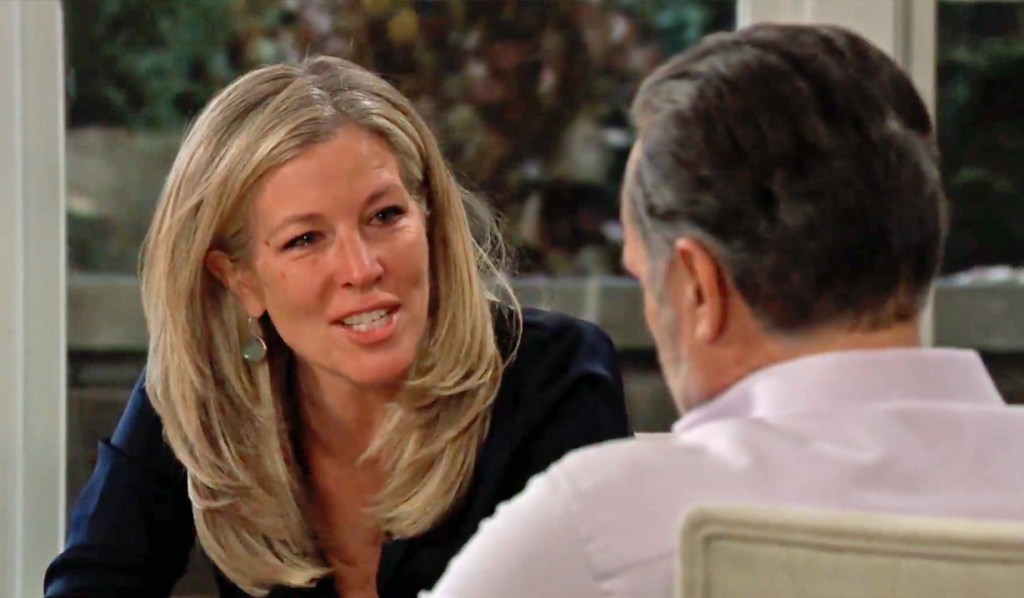 Joss enters and finds her mother in tears. She asks who died, and then realizes someone actually died. Carly fills Joss in on Jason’s death. Joss sobs and asks if Michael knows. Carly wants to tell him in person when he returns tomorrow, and Sonny says there is a media blackout to give the family privacy. Carly holds her daughter as she grieves. 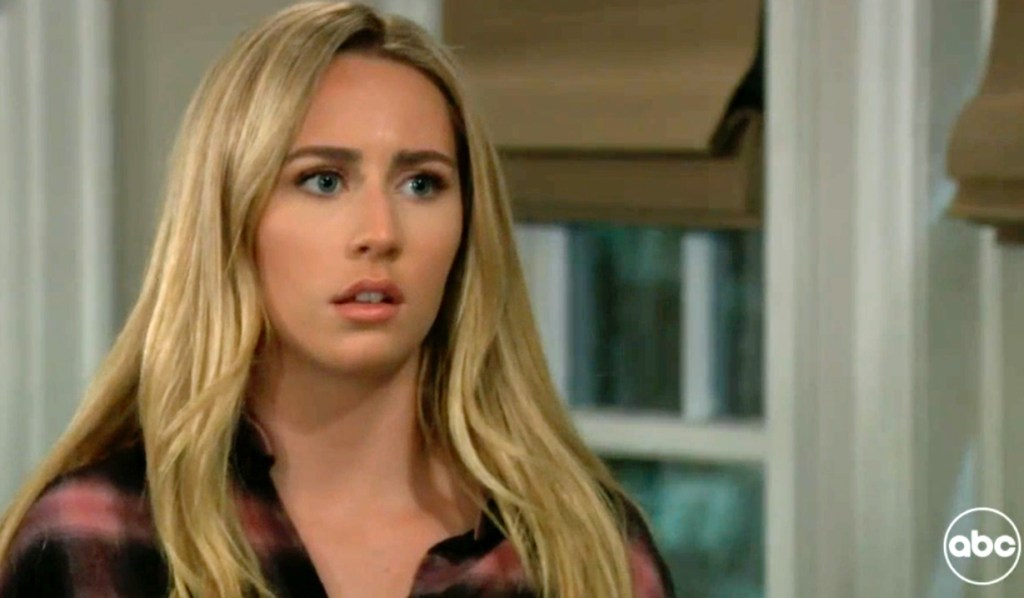 Joss heads upstairs, and Sonny decides to go read Donna a bedtime story. When he returns to the kitchen after Donna has fallen asleep, Sonny finds Carly is gone. He leaves her a message to call and to let him know that she’s okay. Sonny then receives a call from an unknown number. He answers and it’s Cyrus. Cyrus wanted to reach out considering Jason’s death, which he knows about through his remaining contacts. Cyrus says his wife must be devastated. Sonny screams, “You son of a bitch!” and throws the phone across the room. 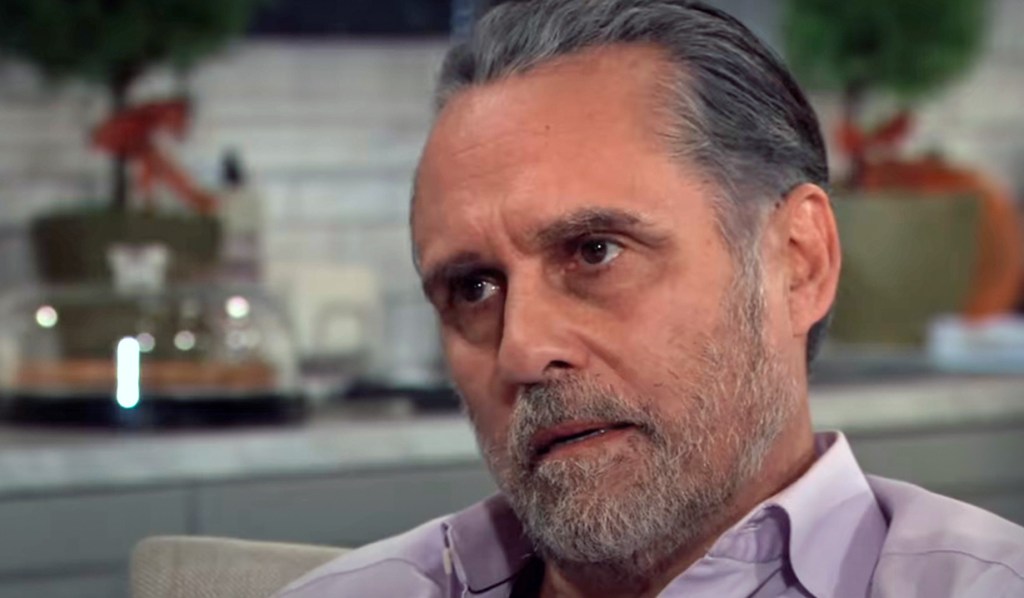 Carly heads to the footbridge to grieve. There she thinks about her past with Jason through flashbacks. Suddenly, Britt appears on the bridge. 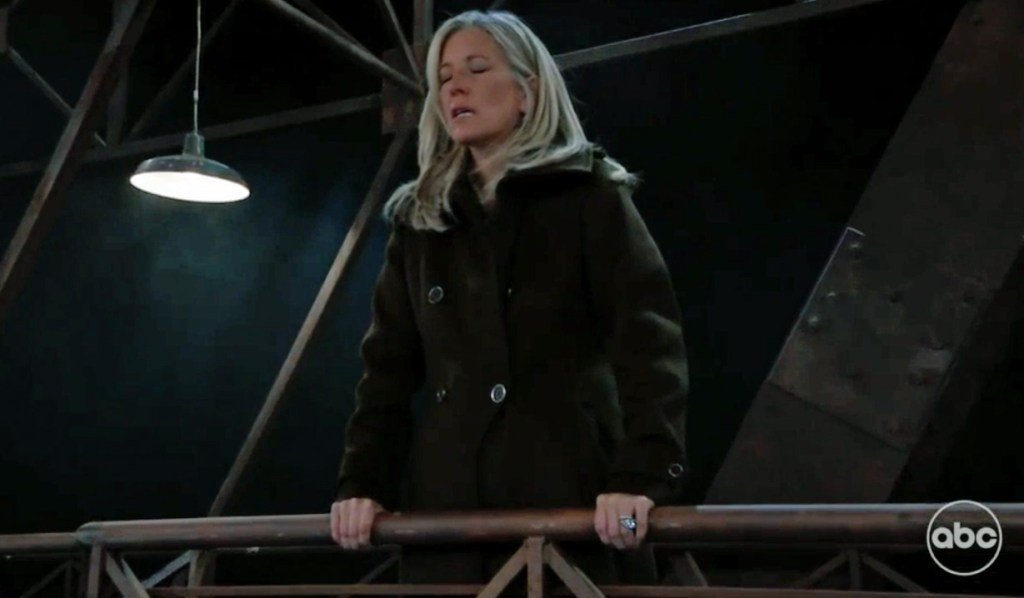 On the next General Hospital: Dante and Sam make love, Ava and Nikolas attend Thanksgiving at Alexis’, Mac has questions for Chase about Valentin, and Sonny declares war on Cyrus.

With the holidays approaching, take a look at the General Hospital gift guide in the photo gallery below. 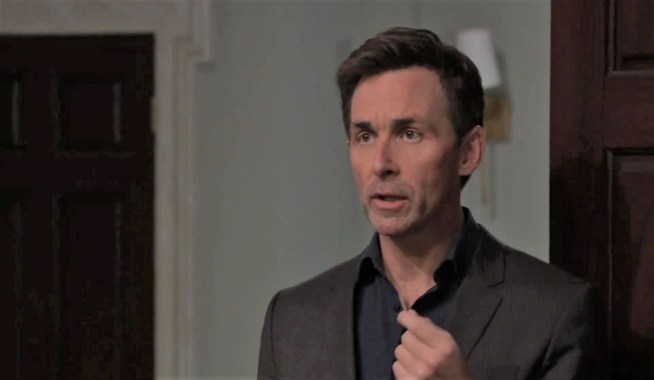 Port Charles Is Rocked by News of Jason’s Death — Plus, [Spoiler] Punches Valentin After He Takes Back ELQ

As Uninvited Guests Crash Alexis' Party, the Evening Ends With a Shocking Announcement 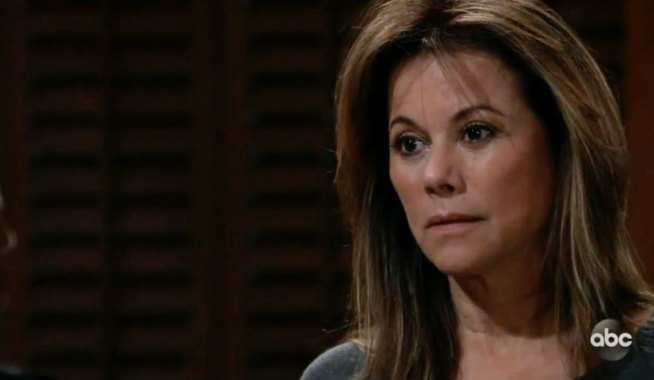