Port Charles Is Rocked by News of Jason’s Death — Plus, [Spoiler] Punches Valentin After He Takes Back ELQ

Monday, November 29, 2021: Today on General Hospital, Drew reunites with his family, Marshall tells TJ his identity, and Carly and Sonny are informed that Jason is dead. 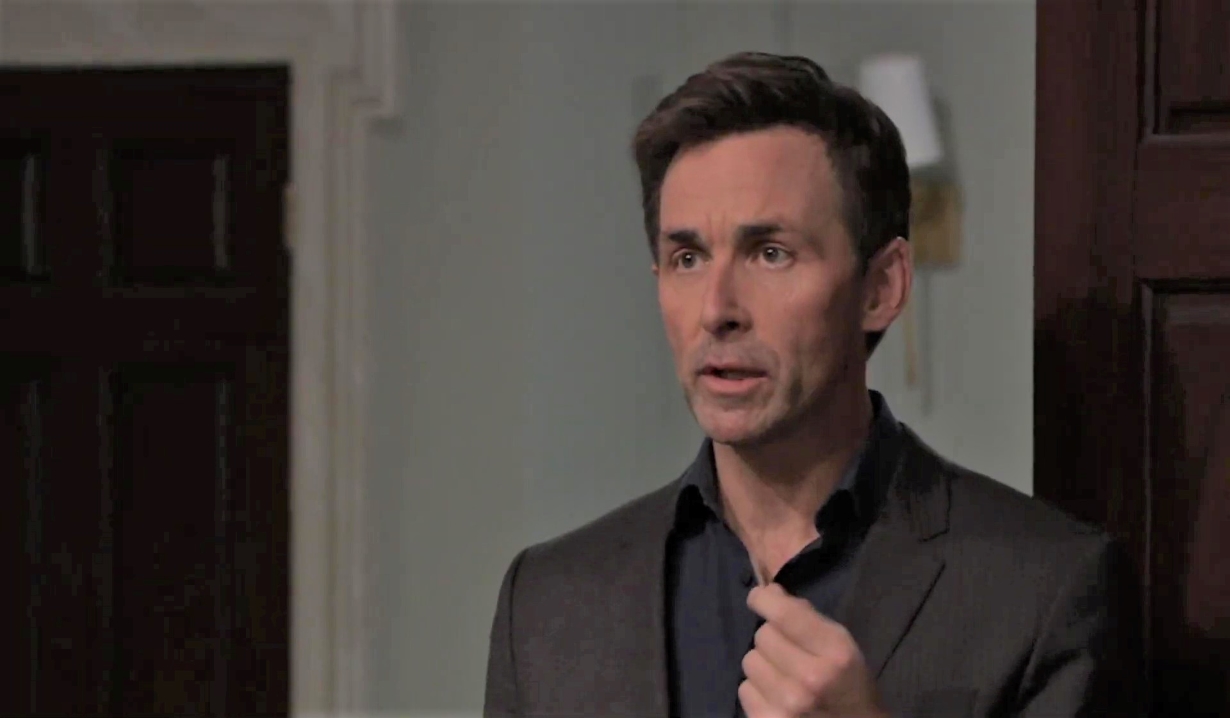 Sam is startled when Drew shows up at the penthouse. She hugs him and lets him in. He’s vague about what happened. Dante comes down the stairs with Scout and Drew drops to his knees to say how happy he is to see her. Initially, she’s afraid and turns away. Drew tells her they can take it slow; they have nothing but time. He hands her a miniature unicorn for her collection. After she heads up the stairs, Sam says that went well. 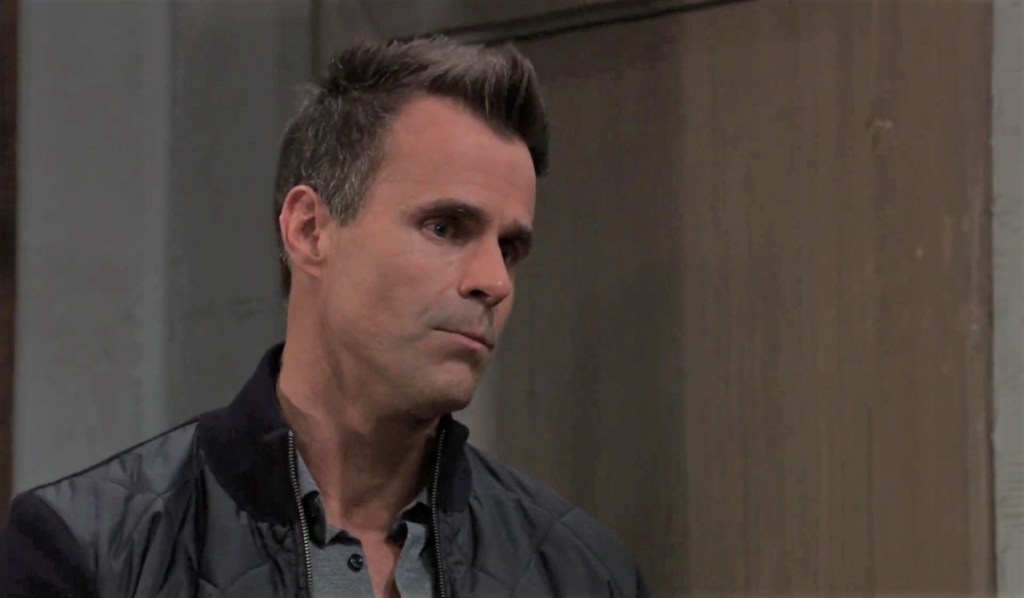 Drew informs them that Jason is dead. Sam can hardly believe that Scout just got her father back as Danny lost his. Drew assures her he died a hero and exits. They decide they shouldn’t go to the Quartermaine estate. Picking up a photo of Jason, Sam admits she always knew this would happen but didn’t think it would be so soon. 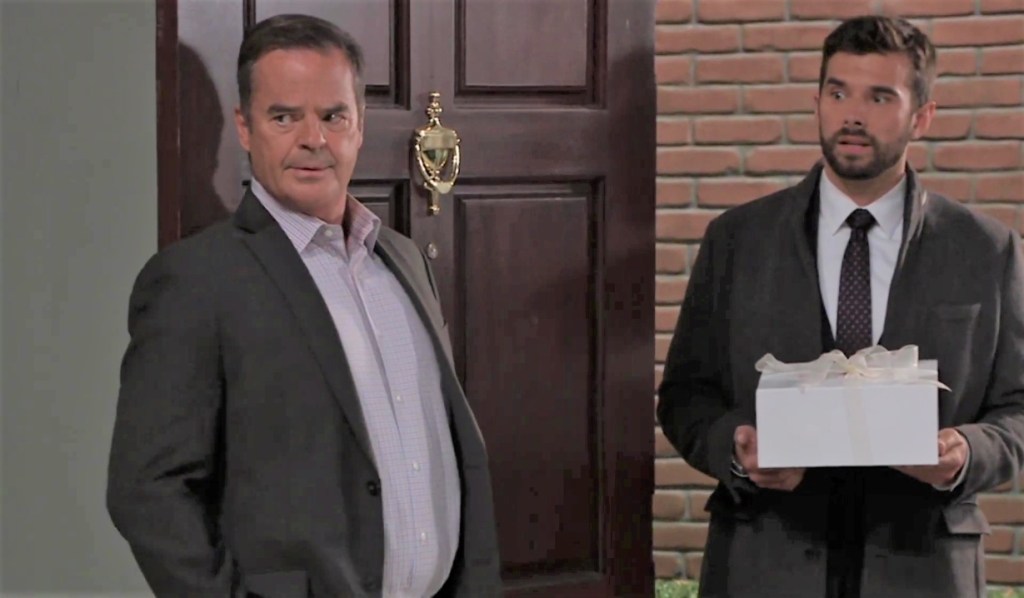 Chase shows up at the Quartermaine estate and Ned makes it clear that he is disappointed in the detective and his daughter for their deception. Monica insists that they let him in. BLQ announces he is more than a friend, he’s family, and explains that he’s Bailey’s father. None of this surprises Monica. Olivia says that maybe they can all change this year. Chase brought dessert. 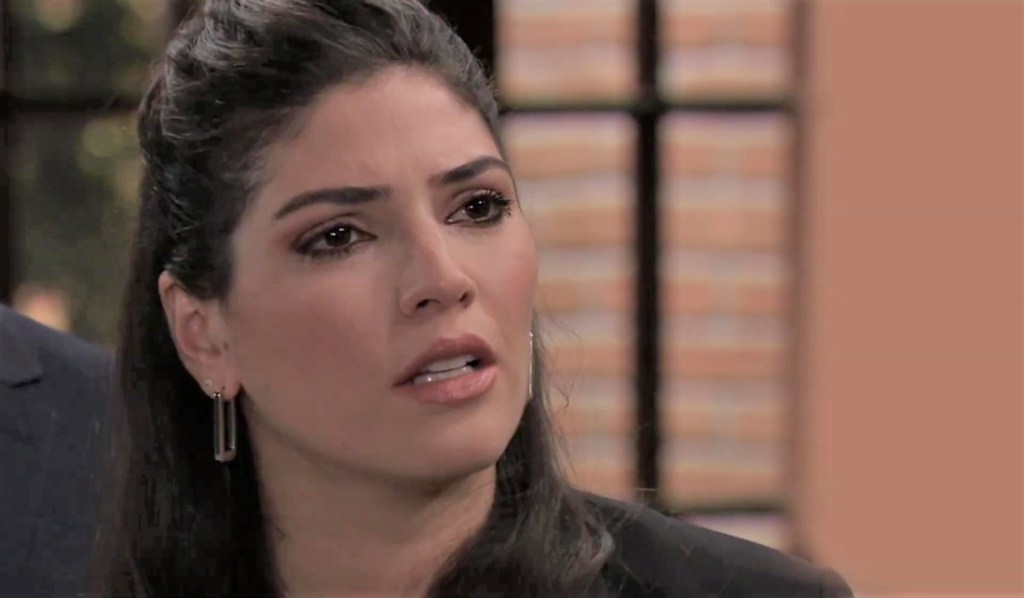 Valentin crashes in, announcing he’s just there to pick up a few things the movers left behind. The family apologizes for what happened to him. They know how attached he was to Bailey. Michael and Willow are away with Wiley. Valentin asks the family to inform Michael that he has voided their contract, making him CEO of ELQ once again. He adds that he tasted Liv’s turkey before he gave it to the dog. She rushes off, screaming at the dog. BLQ starts lecturing Valentin. He thought more highly of her but it turned out she was only mildly attractive. He’s relieved he won’t have to watch her lose her looks. When he tells her she’s the least musically talented member of the family, Chase clobbers him. After Valentin departs, Monica says this is why she has Luigi’s on speed dial. Before she can call, there’s a knock at the door. It’s Drew with a stack of pizzas.

At General Hospital, Portia calls Curtis and asks him again to come to her house for Thanksgiving. She thinks it’s important for him to be with friends. When she gets off the line, Liz tells her she’s superwoman. Portia just hired a caterer. Liz can’t wait until they are celebrating. 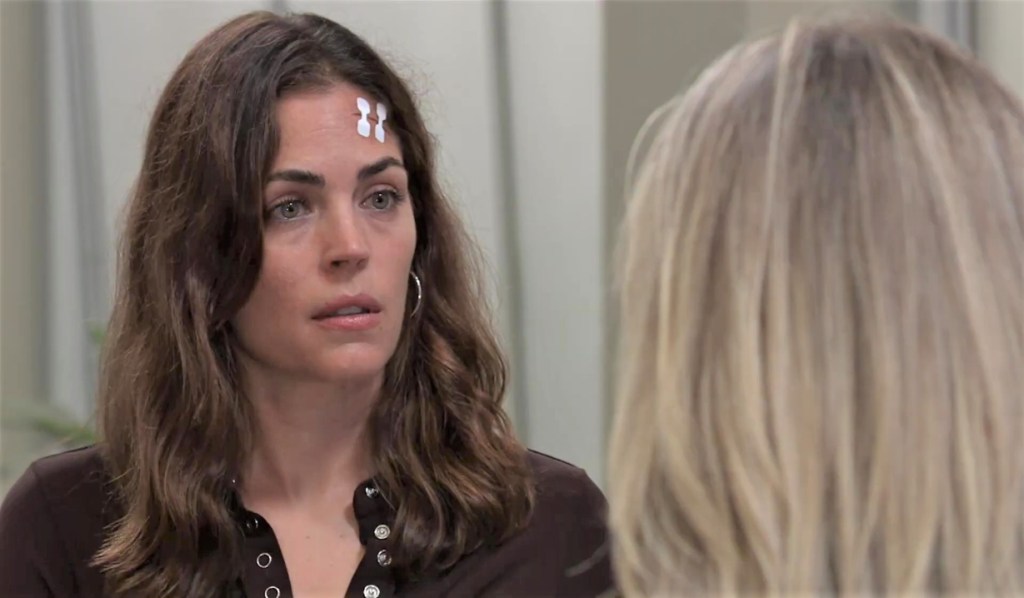 Liz runs into Carly down the corridor as she sends in food for the staff. When Carly spots Britt, she chases her down for news about the trip to Greece. Carly quickly guesses that something is wrong and demands to know where Jason is. Britt is in tears. Carly barks at her to say that Jason is gone. Fifty tons of earth fell on him and there were no signs of life. Livid, Carly wants to head to Greece to find him. The doctor stops her and repeats he’s gone. “Because of you,” Carly accuses, wishing Jason had never met her. “I wish that too,” Britt whispers to herself. She thinks of Jason and sobs. 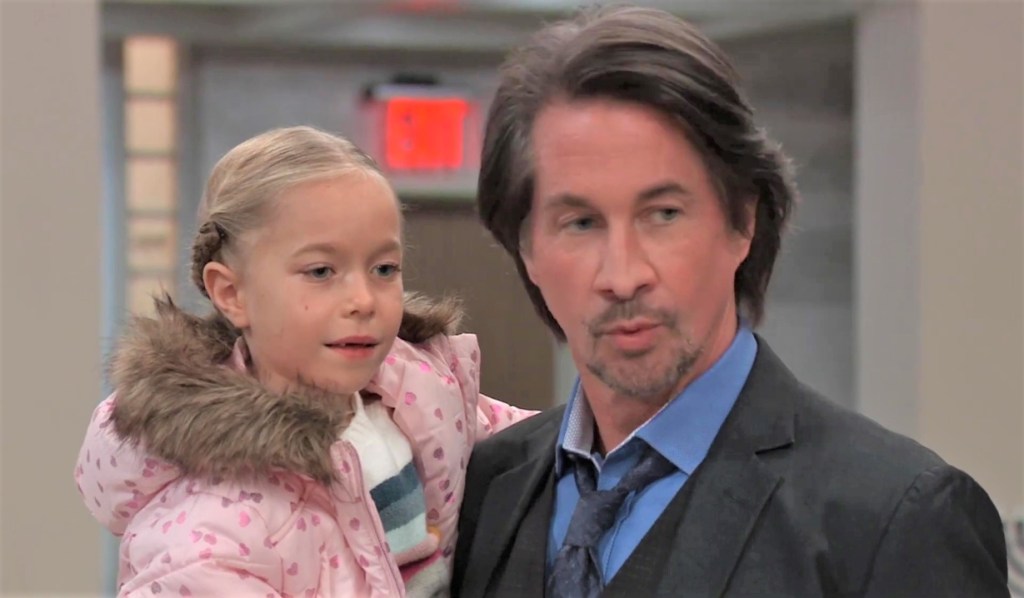 Liz returns to the nurses’ station as Finn arrives with Violet. He asks the nurse if she’s ready to head out. Violet is just happy that they are all together. Things get awkward when the little girl asks if she can have the wishbone so she can make a wish about the nurse and her daddy.

More: What has GH viewers inflamed? 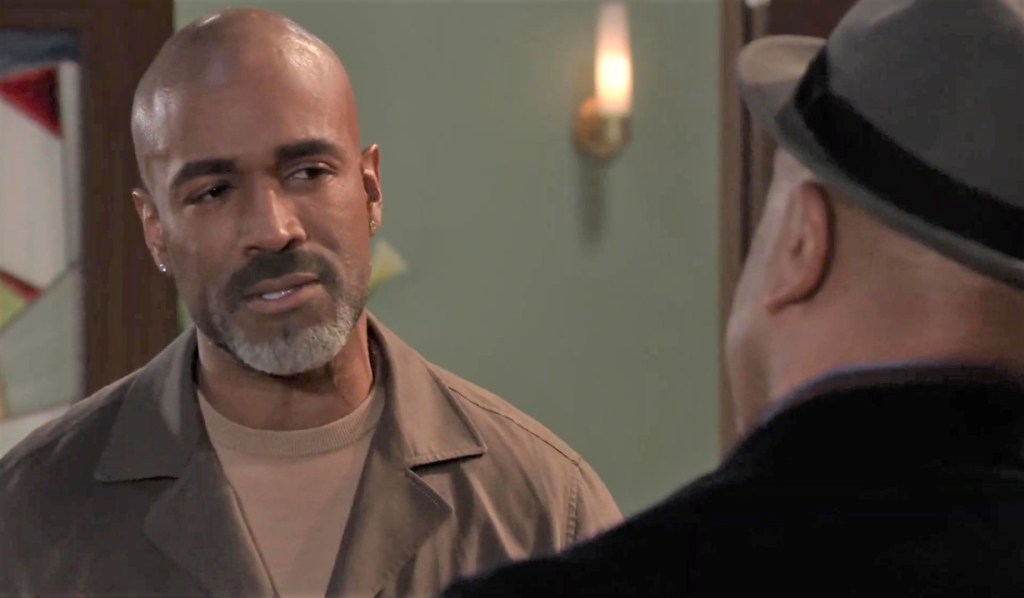 TJ is with Marshall in the chapel. Marshall wonders why Curtis has not explained things to TJ yet. This all sounds like a hustle to TJ but Marshall insists otherwise. He regrets the way he’s gone about this and can’t blame him for being suspicious. They continue to go around in circles until Marshall finally blurts out that Curtis is his son. The doctor puts the pieces together and realizes that makes Marshall his grandfather. He thought he was dead. Marshall repeats that he’s not playing him and it feels good to finally tell him who he is. He only hopes that he can accept him. They join hands. TJ’s jaw is open as Curtis strides in and demands to know what’s going on. He orders TJ out. Reluctantly, the doctor exits and Curtis reminds his father that he lost the privilege to call him “son.” Curtis thinks he stepped over a line going after TJ like this. Marshall insists he came to reconnect with his family and knows it will take a lot of work to regain their trust. They agree that TJ is a grown man and he can make his own choices. After wishing him a happy Thanksgiving, Marshall tells him he’s feeling grateful.

Phyllis bumps into Nina. She’s there volunteering. They sit down and talk redemption. Nina doesn’t want her to spend the holiday alone and asks Portia if they can make room for her. 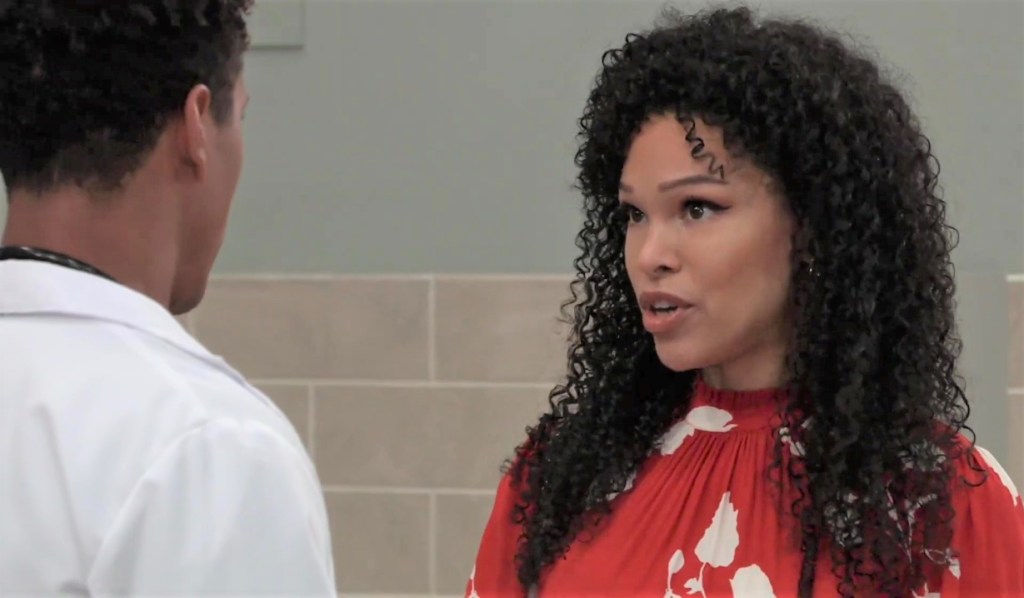 TJ bumps into Portia. They both worry about Curtis and what to do for Thanksgiving.

TJ returns to the chapel to see Curtis, who advises him to proceed with caution where Marshall is concerned. The doctor is eager to get to Thanksgiving at Portia’s but Curtis doesn’t think he’d be good company. TJ insists on going to The Savoy with him.

When TJ and Curtis arrive at The Savoy, they are surprised to find Portia and the others waiting for them with the meal. When she heard he wouldn’t come to dinner, she decided to bring it to him. 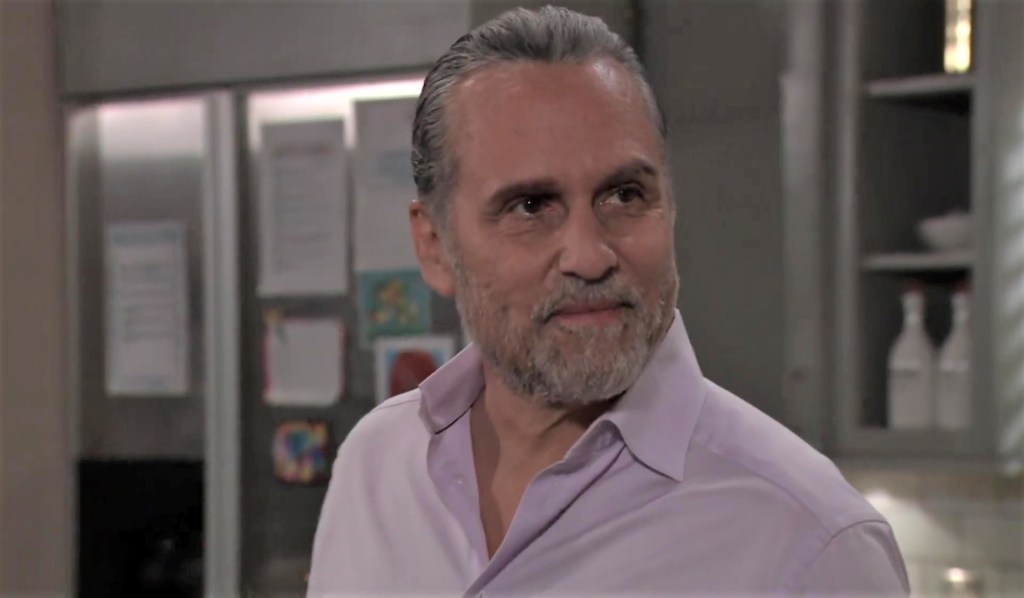 Anna drops by to see Sonny in the Corinthos kitchen. After commenting on how good everything smells, she suggests they sit down. She recounts what happened with Drew, Victor cutting a deal, and Peter being in custody. Britt and Obrecht are home but Jason didn’t make it. She explains what happened in the tunnels. Her people did all they could to try and recover him. He worries about how Carly will react. Anna admits she’s dreading telling Robin. They hug. After she leaves, Carly arrives but stays on the patio to cry. Sonny looks out at her.

When Anna gets outside, she calls Valentin to announce she’s back. He can’t talk right now and says they will catch up tomorrow. He sits in the dark drinking and looking at pictures of Bailey on his phone.

On the next General Hospital: Obrecht gets a surprise visitor.

Take a look at the General Hospital gift guide in the photo gallery below. 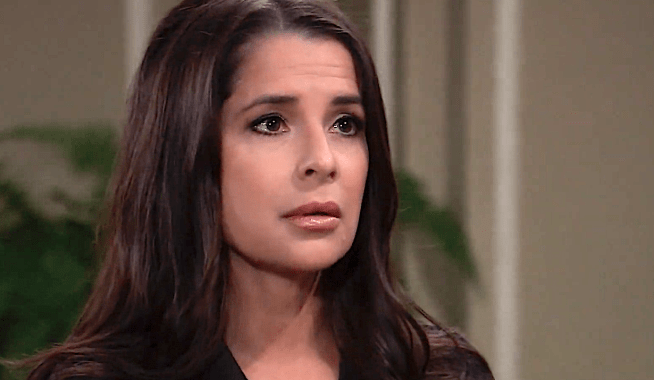 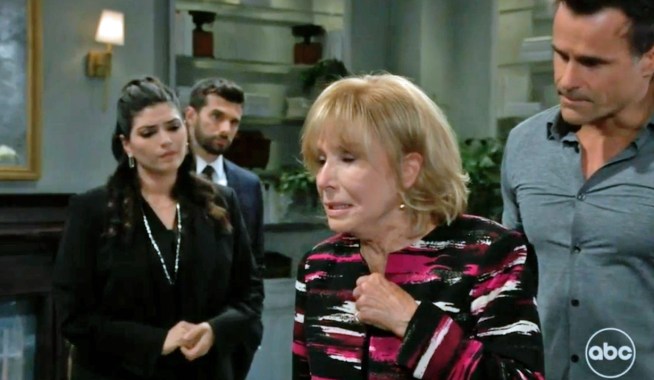