When Alexis Probes Nikolas for Answers About Hayden, He Threatens to Keep Her Locked Up

Wednesday, October 27, 2021: Today on General Hospital, Michael proposes to Willow, TJ and Portia tell Curtis someone has been asking about him, and Nina tells Jax she doesn’t want any help. 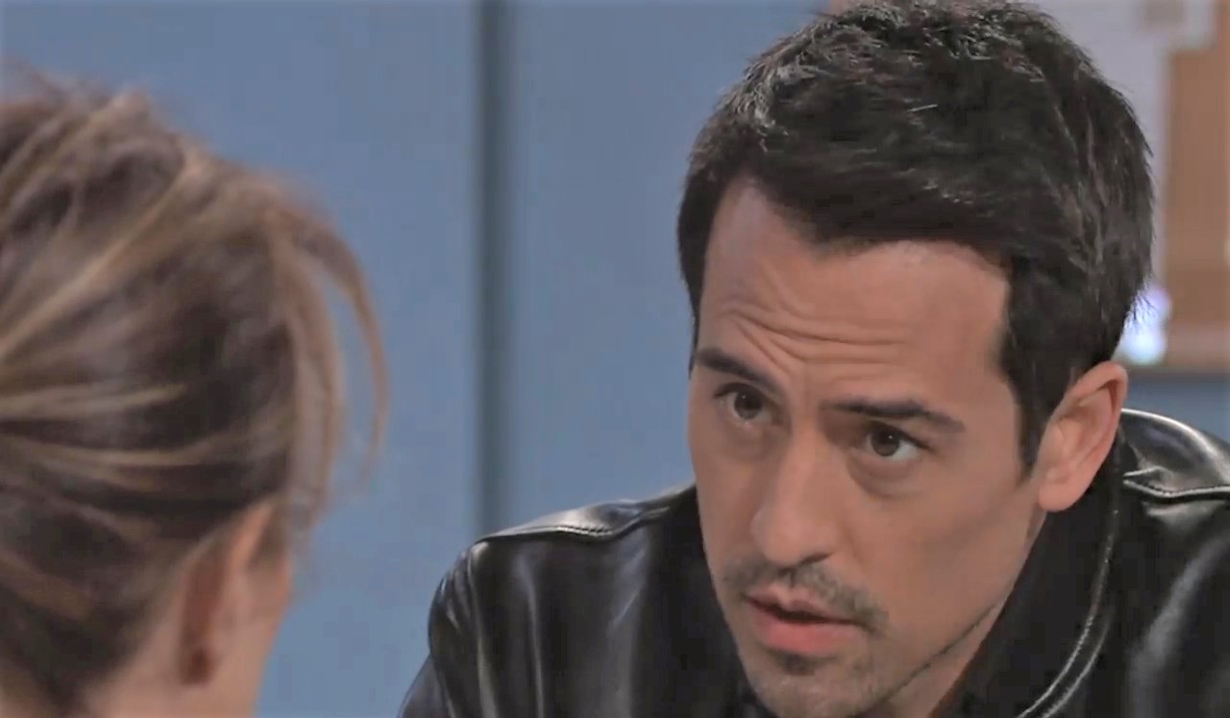 Nikolas meets with Alexis at Spring Ridge. She’s eager to talk about Hayden and asks for the truth about the hitman who shot her. He avoids answering and claims this is insulting. She begs him to tell her he didn’t let Shawn be locked up for six years. When she keeps pushing, he warns she’s going to make helping her impossible. He’s been pressuring officials to grant her a pardon. The governor is considering it as a favor to him. If she pursues this Hayden investigation, that will all go away. She’s offended. He asks what her price is. 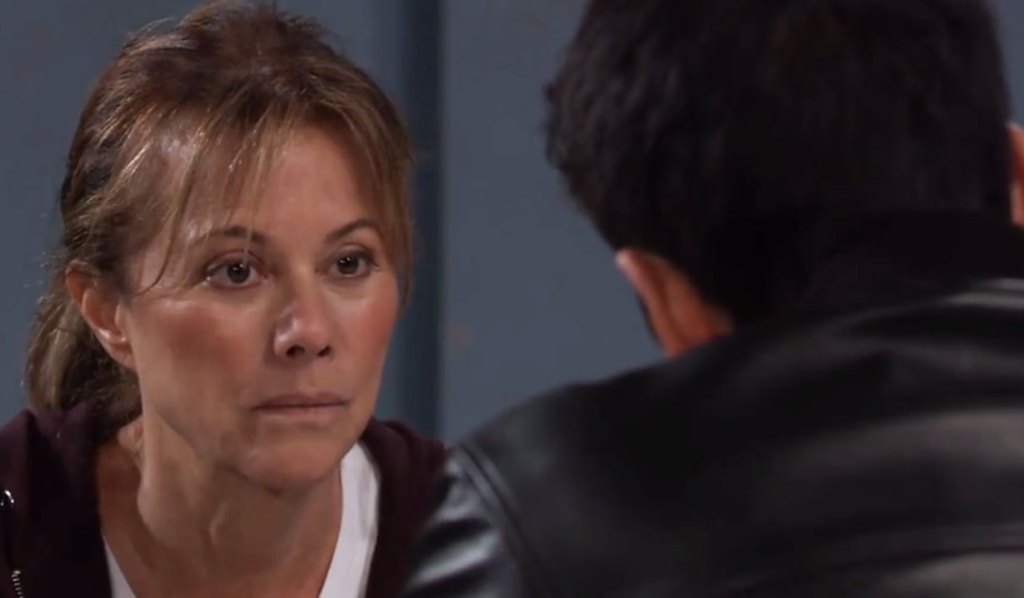 Portia bumps into “Marshall” outside of Kelly’s. She notices he has a map. He claims he’s just checking up on family and he asks if she knows The Savoy. She tells him the owner is a good friend of hers. When he asks about the owner, she wonders why he is so interested in him. 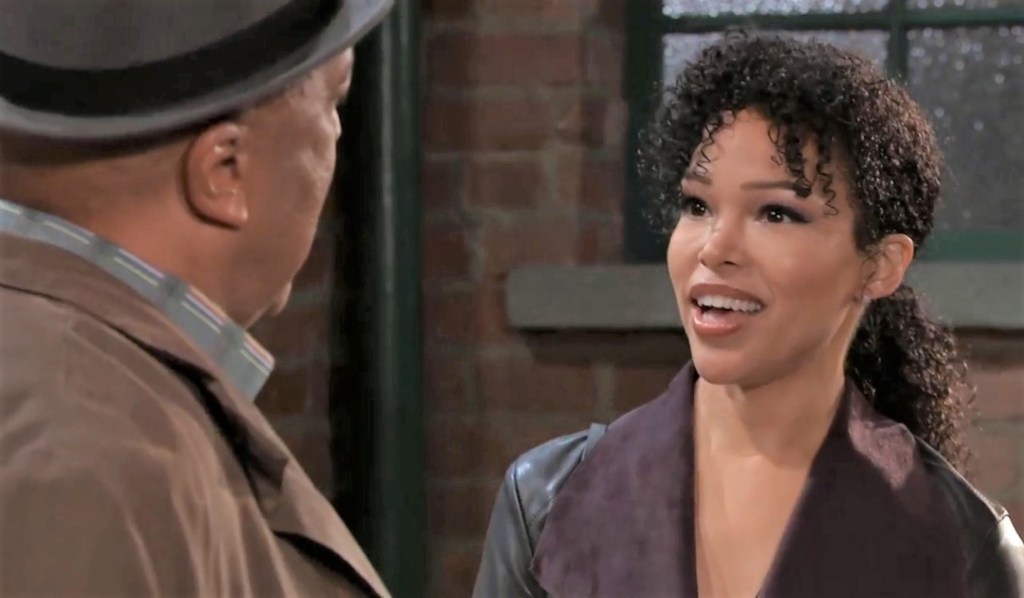 TJ and Curtis are boxing at the gym, but TJ’s mind is on the patient who disappeared at the hospital. He worries he spooked him away. Their encounter felt weirdly personal. Curtis points out that they have been spending a lot of time together since Shawn was released. He assures him he’s not insecure about their relationship and they don’t need to prove anything. As they pack up, Portia arrives and TJ asks if she heard anything about his disappearing patient. She hasn’t. He mentions the patient asked about Curtis. Portia asks what he looked like and says she just ran into a guy asking questions about him too. 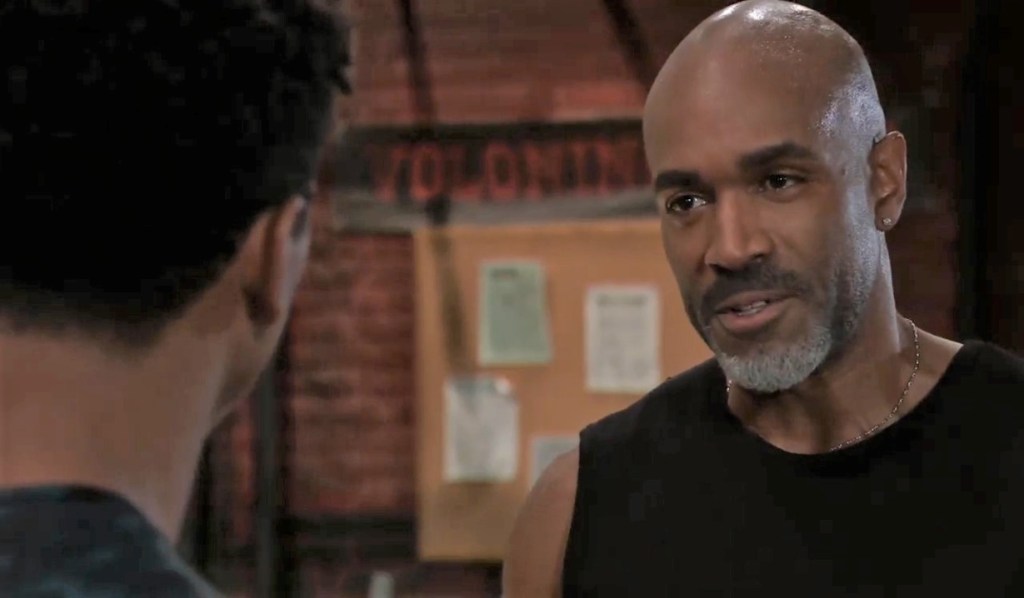 Molly and Shawn drop in on Spencer as he busses tables. She explains she had to recuse herself from his case. They take a seat and Molly goes on about her righteousness. She suggests he find a path to raise interest in the issues that concern him. He asks about Spencer’s legal problems and recaps what’s happened. She’s sure all Spencer needs to do is apologize. When TJ arrives to see Molly, “Marshall” watches them through the window.

Joss comes in to tease Spencer. She’s impressed he’s working. He asks her to meet Trina somewhere else because he doesn’t want her to see him working. She urges him to get over himself and make things right with his father. 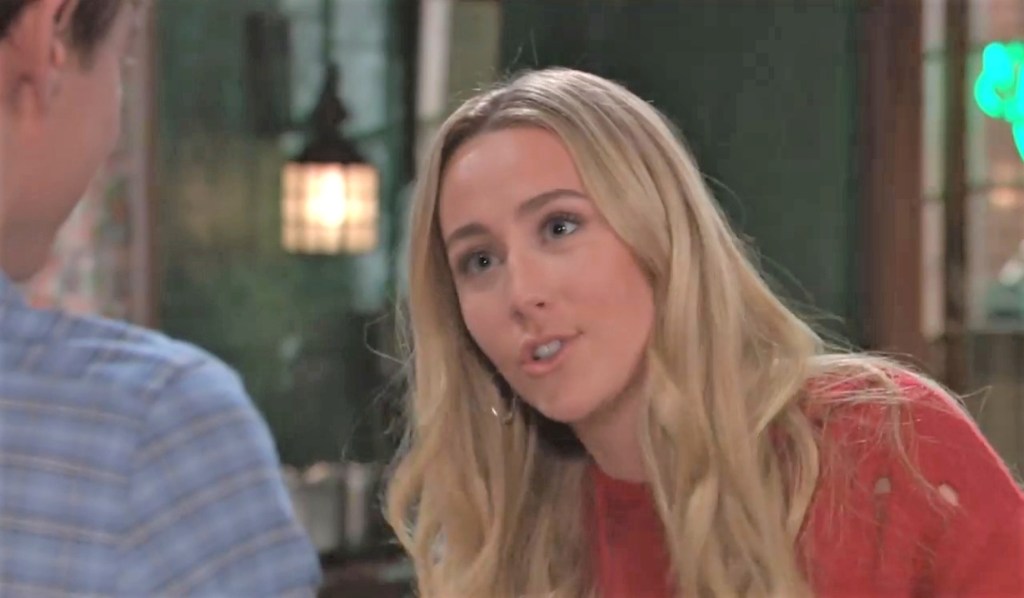 More: Why Michael will regret his revenge plan

At the Quartermaine estate, Michael notices that Willow has a lot on her mind. She says they’ve had a breakdown in communication over Nina. She’s not opposed to legal action against her, but he wasn’t honest about his plans. He made a pre-emptive decision and went around her. Michael concedes he should have looped her in, but Nina still needs to be held accountable. Willow feels like he hasn’t treated her as part of the family. He’s not sure where the boundaries are. Michael agrees not to hide any part of his life from her and wants to prove it. Dropping on his knee, he proposes to her. 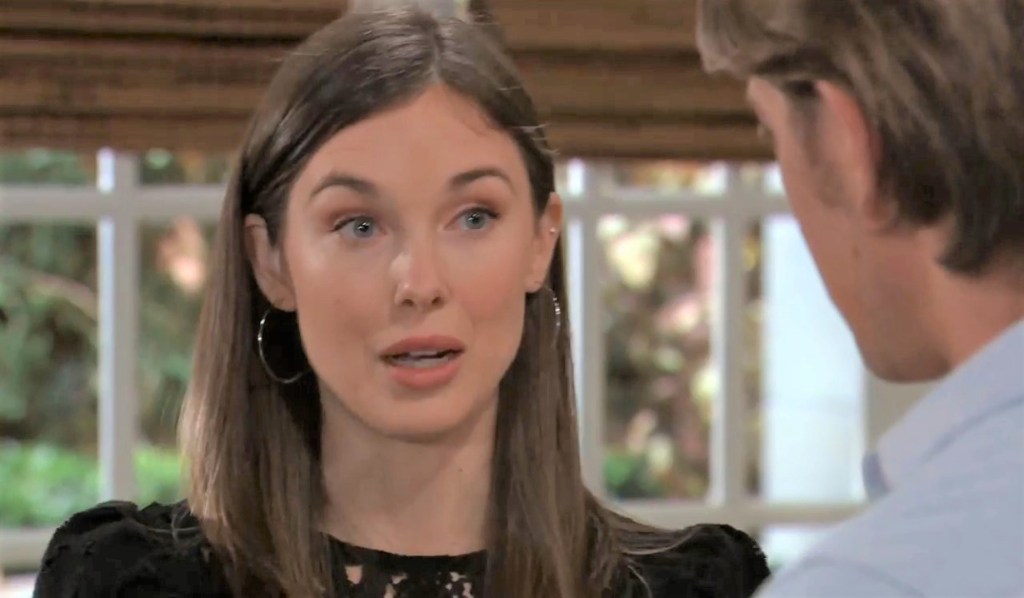 Ava is surprised to see Nina back at the Metro Court. She’s disappointed Sonny let her be arrested and reminds her that she will be around to help if she needs it. Ava takes off.

Jax and Joss have breakfast. He’s glad to see the friction between her mom and Sonny isn’t getting to her. She assumes it was hard for him to see Nina arrested. Joss is appalled when she spots Nina and starts railing at her for showing up at her mom’s hotel. She exits and Nina tells Jax that Joss’ feelings toward her are breaking her heart. They discuss her feelings for “Mike.” She asks him about her future at Crimson. He’s not going to force her out. She wants him to stop trying to save her. “I’m a lost cause,” she says. He assures her he’s hung up his white knight’s armor and Carly won’t hear anything about her relationship with Sonny from him. 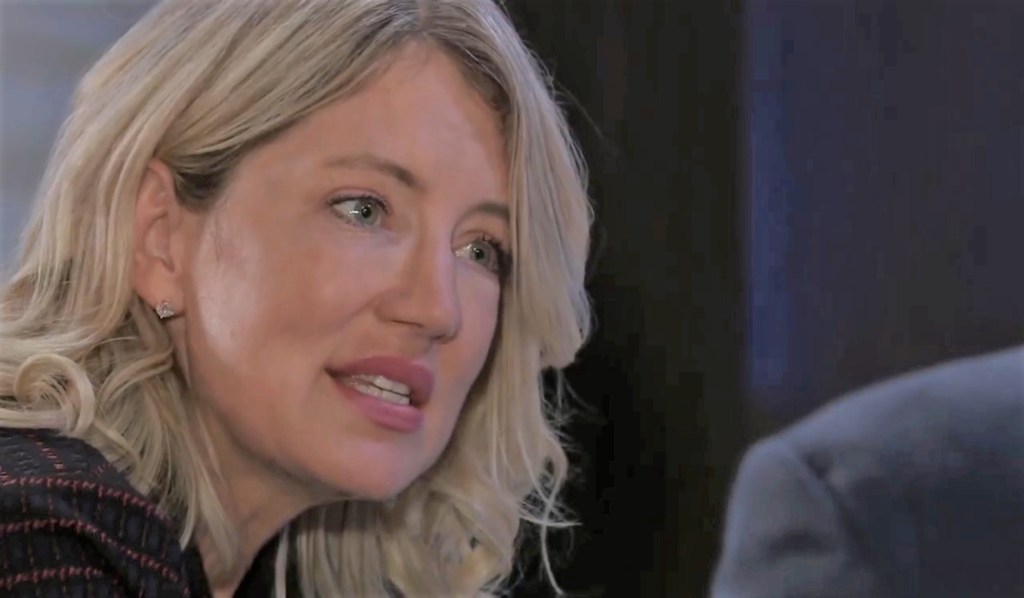 Sonny gives Avery pancakes in the Corinthos kitchen. When the little girl goes off for candy, Carly tells Sonny how good she feels now that Michael is going after Nina. Ava arrives and hugs her daughter. They send the little girl away and Ava hands Sonny the legal paperwork for Charlie’s. She needles him about the bidding war and not sharing the news with Carly. After Ava leaves to see her daughter, Carly takes off. He gets a collect call from Cyrus in prison. 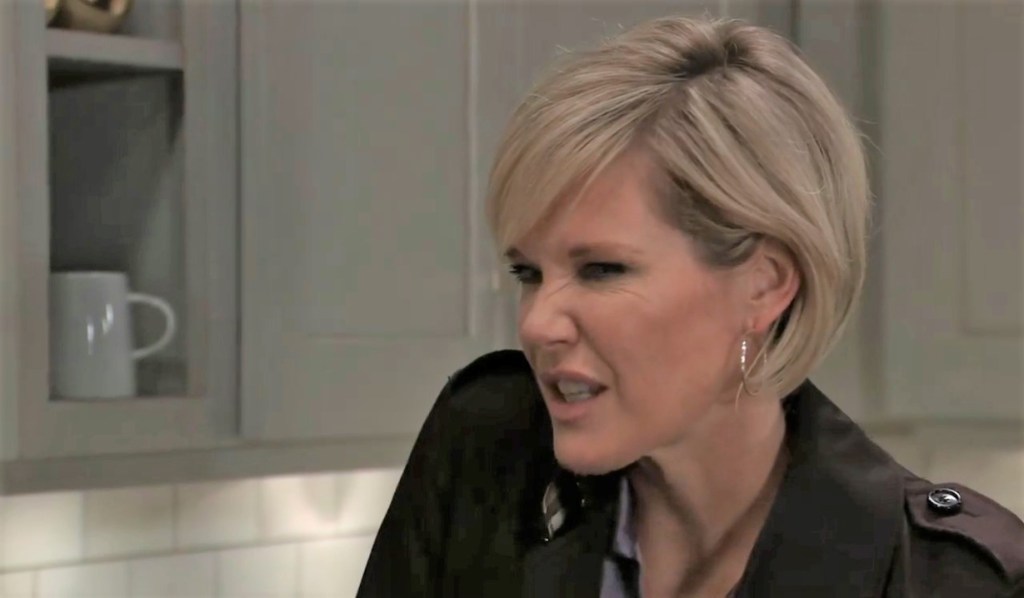 Carly arrives at the Metro Court and sees Nina.

On the next General Hospital: Alexis makes a big decision.

Take a look at this timeline of Chad Duell and Courtney Hope’s romance in our photo gallery below. 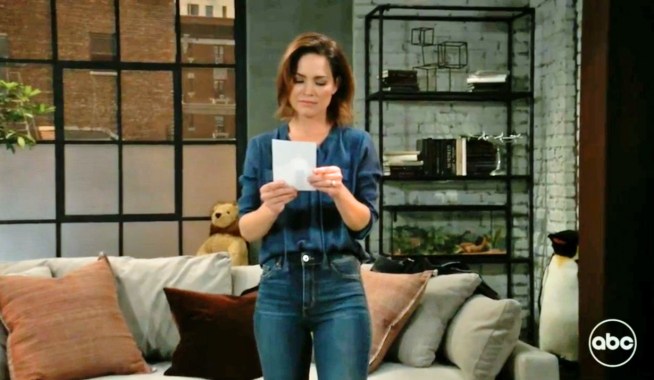 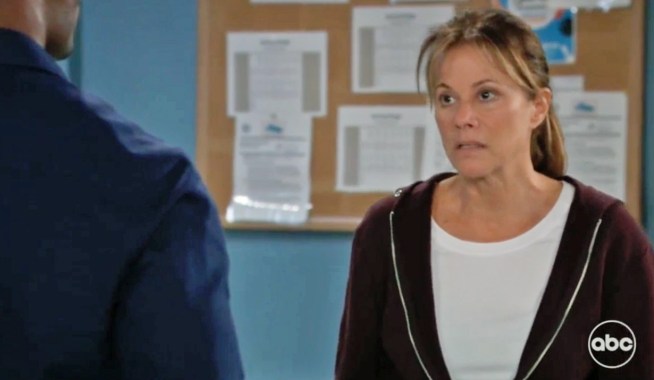