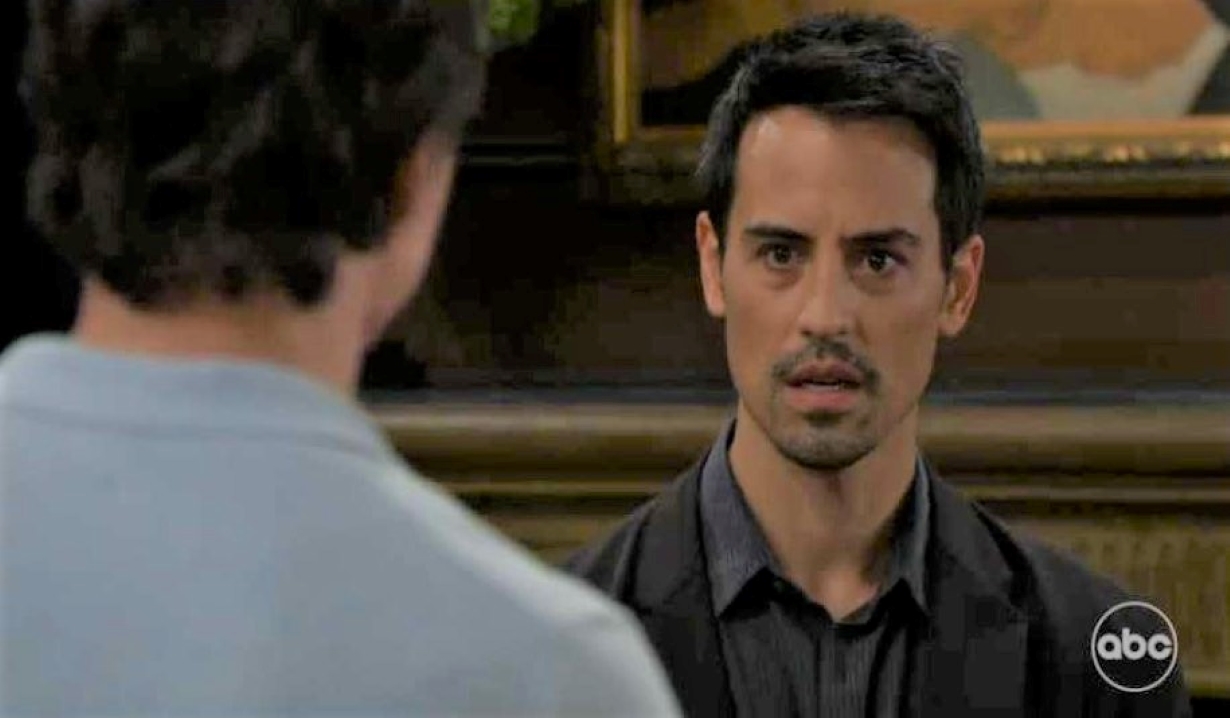 At Wyndemere, Nikolas continues to lash out at Spencer for stalking Ava. She arrives and explains she just had a confusing conversation with Esme. Spencer tells her that he was behind everything. She can’t believe that he would do all of this to her. He explains that he was angry, hurt, and alone. When he repeats that he’s sorry, Ava wonders if he’s just sorry his plan failed. Spencer claims that he’s wanted to stop this for a long time. They go around in circles about blame. Nikolas can’t forgive his son for what he did and orders him out of his house and life. Once Spencer leaves, Nikolas tells Ava his son is dead to him. She asks him never to say that, sure that everything can be forgiven with time. He’s more concerned about their future. There is no reason for a divorce or for her to leave. They burn their divorce papers.

At the Savoy, Esme calls Spencer and asks him to meet her there to celebrate getting rid of Ava. 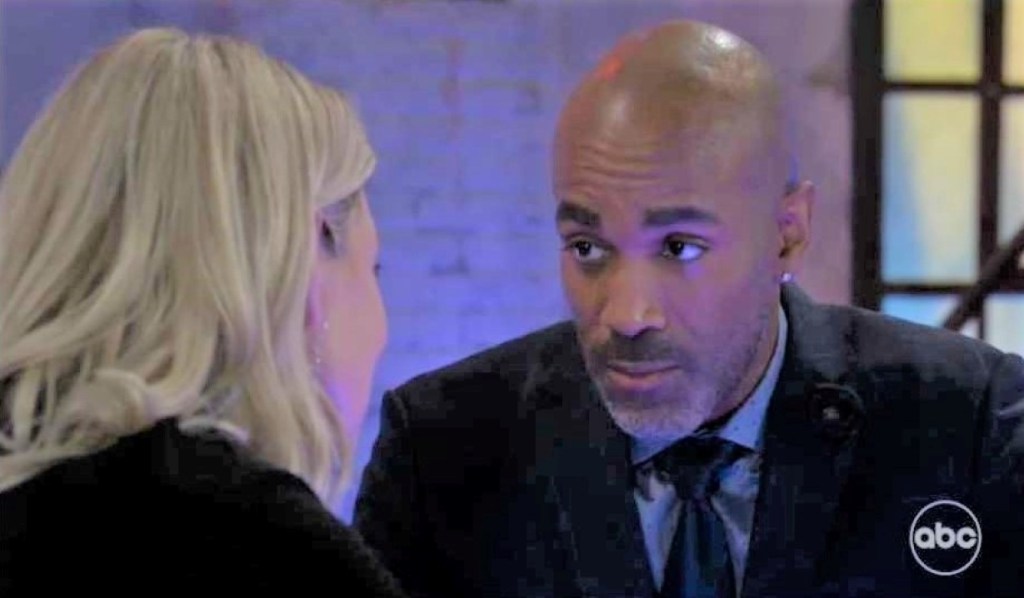 Nina shows up and throws her arms around Curtis, telling him she may have made the biggest mistake in her life. He adjusts his tie as she unpacks the last nine months. He’s sure she didn’t set out to hurt anyone. The bartender comes over and shows Curtis Esme’s fake ID. He strolls over and asks her to leave. Esme wanders out and Nina gets Curtis to fill her in on what’s been going on. He tells her about Jordan leaving for treatment and the complications with Portia. 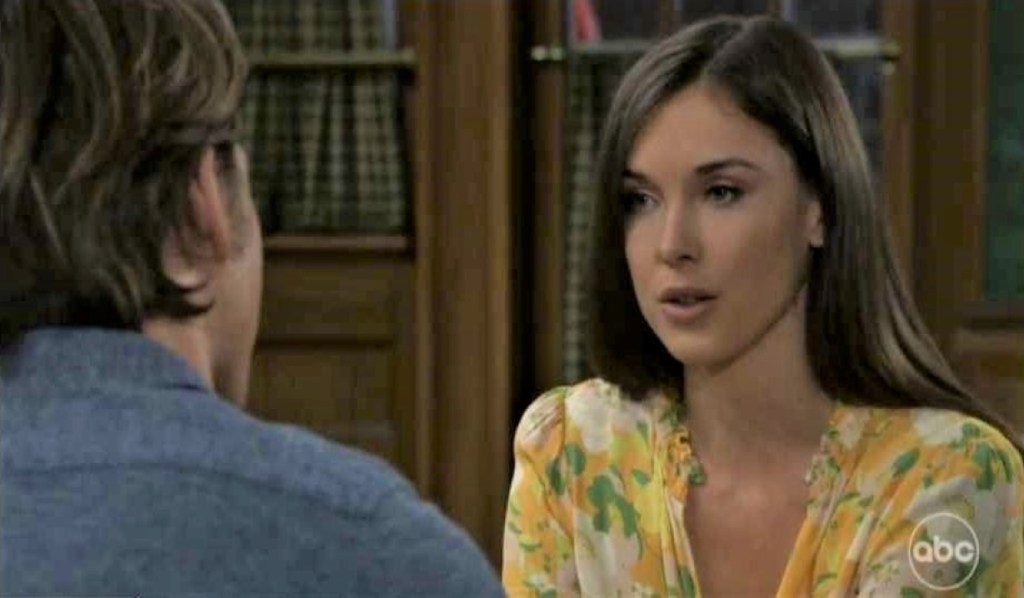 Michael and Willow are at Kelly’s following their movie date. As she mentions Nina, Joss appears, sits down, and fills them in. Michael is livid. Esme wanders in and asks why they all look so serious. She mentions running into Nina at The Savoy as Michael and Willow file out. Trina and Cam join Joss and confront Esme for manipulating Sonny. She’s shocked when they tell her Spencer confessed. He walks in and announces that his father has kicked him out. As Esme bickers with his friends, Spencer walks out.

Trina trails after him outside. She’s furious with him but doesn’t like to see him suffer. She wishes she could turn back the clock to when they first met so she could stop him from causing so much hurt. After she leaves with Joss and Cam, Esme joins Spencer. He has no idea what to do now. She assures him he has her but looks concerned.

Michael and Willow go to The Savoy and he lays into Nina for putting his family through hell. Before they can leave, Curtis steps up and asks them to give Nina a second chance for Wiley’s sake. 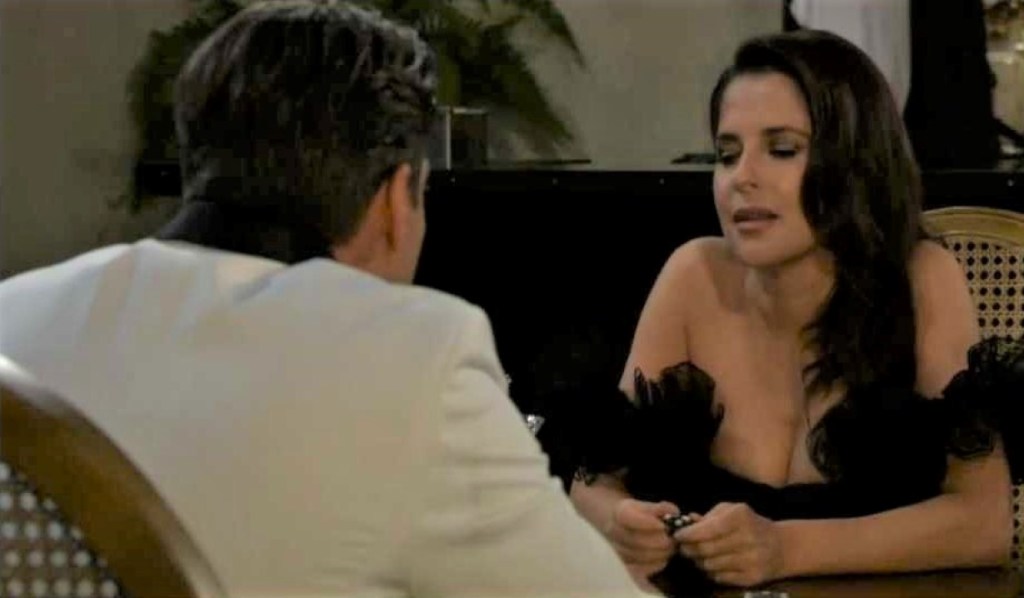 In Monte Carlo, Sam gets a smile out of Dante thanks to how she looks in her dress. They are confident Dallas is the surest way to finding Drew. When they spot a couple walking in, they look for a way to separate them. Sam asks Dante to kiss her and then throws a drink in his face. As they argue, a woman comes over to interrupt. It’s Dallas and she owns the casino. She sends Sam off with her date as Dante grimaces. Sitting down with her, he says he’s surprised to learn she is a beautiful woman. He had a score to settle with the former casino owner. She asks him up to her room.

When Dante and Dallas get to her room, she gives him a scotch and they toast to their friendship. 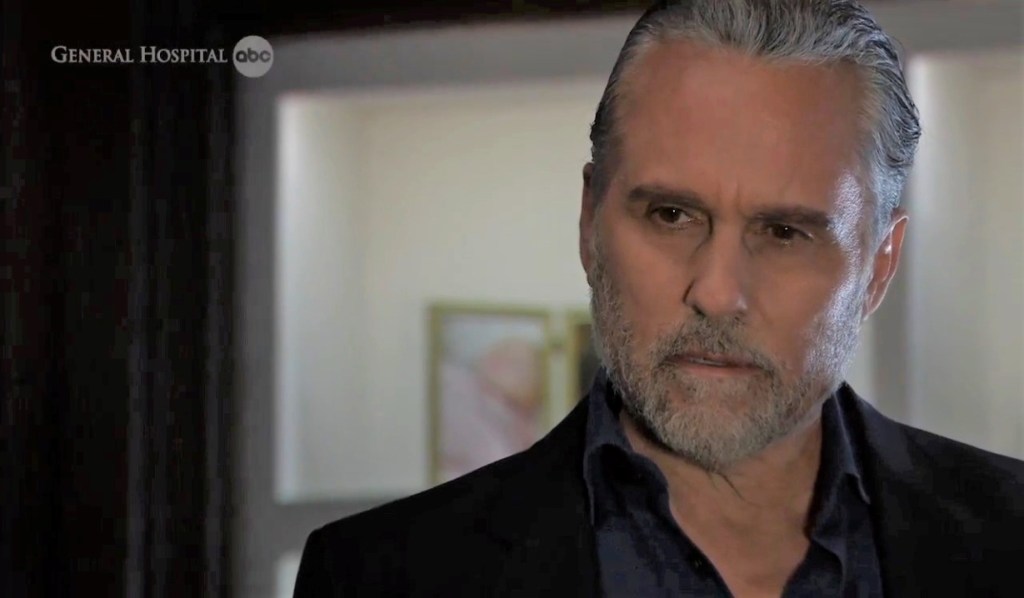 At the Corinthos compound, Carly tells Sonny she knows why Nina kept his whereabouts a secret for nearly a year. She’s sure it was just about revenge on her, but she wonders why Sonny kept this from her. He claims he doesn’t want to think about Nixon Falls. She lets it slip that she’s already confronted Nina and was going to kill her but Jason showed up. She gets nervous when he mentions he had a conversation with Jason. He tells her they need to forget the past and just concentrate on their relationship. They kiss before he takes her hand and leads her upstairs.

On the next General Hospital: Anna is surprised by what she finds at Chloe’s bedside.

Don’t miss our gallery of soaps’ best and worst mothers. 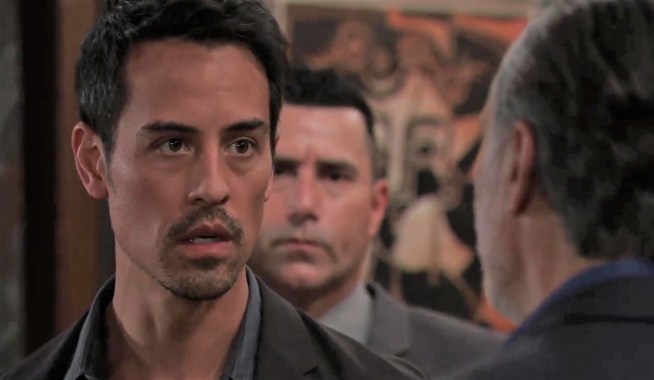 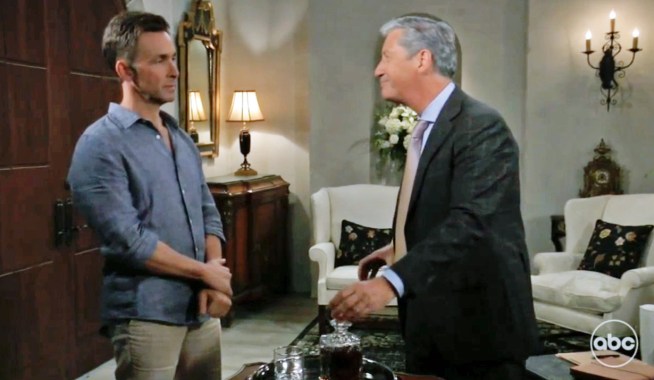