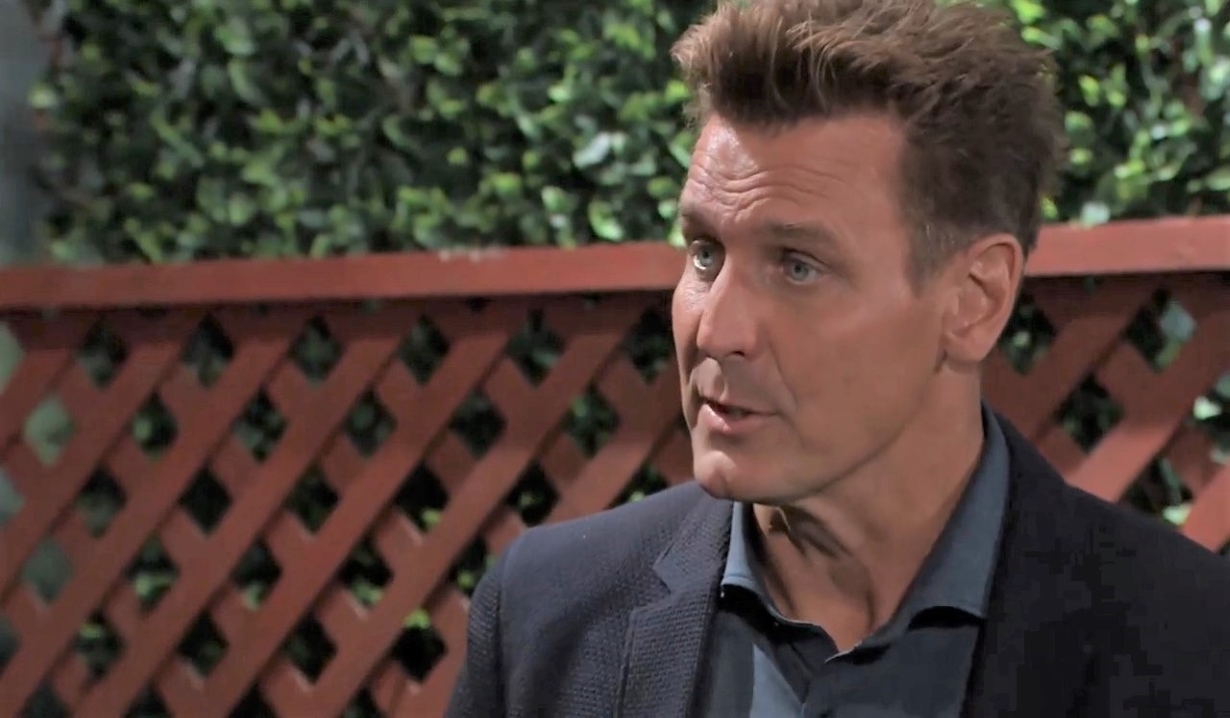 “Mike” and Nina kiss at the Tan-O until he suggests they go to Philadelphia. When she leaves to get ready, she bumps straight into Jax. She tells him they have no business together. He pushes his way inside as Nina repeats that her life is of no concern to him. Jasper is eager to see “Mike” so he can make sure she isn’t hurting herself. She insists “Mike” is the person who has put her world back together. After mentioning the marinara sauce, he offers to leave her alone if he can meet “Mike.” She begs him to leave, which makes him assume something is wrong. “Mike” appears. Jax shakes his head as “Mike” warns him to stay away from Nina. She asks Jax to leave. He can’t do that. “Mike” insists that no life could be an improvement on what he has with Nina. They are in love. Jax says they need to face the truth and stop living a life built on lies.

More: Will Nathan be resurrected? 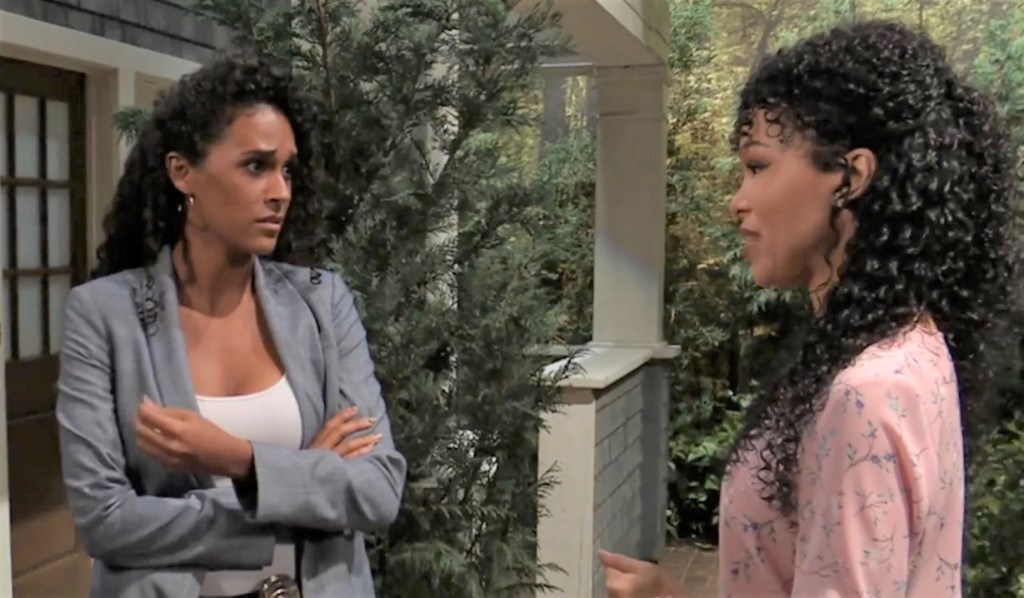 Out by the lake, Curtis and Portia tell Jordan that they came there to see Roger. He might have records connected to Drew. Jordan says he might also have been connected to Naomi. The commissioner notices a broken window and then lets them inside. The place has been tossed. Portia goes out to the road to call the cops. When Curtis goes outside to look around, Jordan notices the basement door is open.

Jordan finds a body in the basement. She checks his wallet and sees he’s Roger. When she turns her back, some guy clobbers her. He heads upstairs and Curtis arrives in time to chase him out. Portia returns and finds Jordan unconscious in the basement. She wakes her and helps her up the stairs, but the door closes and locks behind her. They notice there is a gas leak. Jordan collapses. The doctor holds her. Portia starts sobbing about how she needs to survive so she can tell Trina the truth about her father.

Curtis chases the guy down in the woods and demands to know where Roger is. “With your lady friend,” the guy says. Curtis punches him out and runs back toward the cabin. 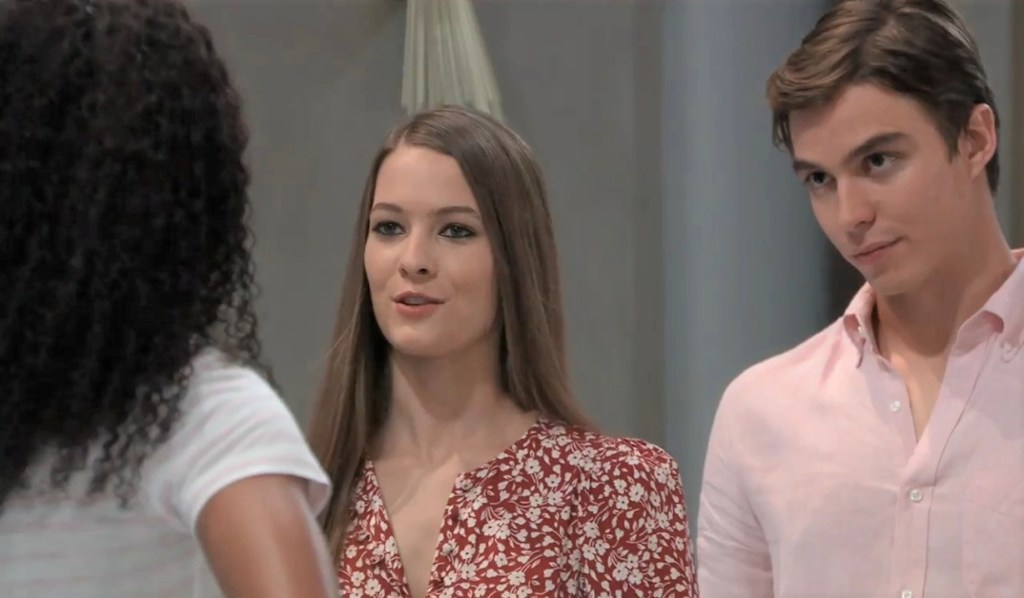 By the pool, Trina asks Esme if she’s seen Kiki’s hospital badge before. It was found by Ava’s burning car. Spencer and Esme brush this off. He doesn’t appreciate Trina insinuating Esme is Ava’s stalker. Spencer tries to keep things calm but Esme suggests they need to address Trina’s feelings for him. She thought that they would be friends, but she’s come to realize that Trina wants her boyfriend. Esme is disappointed that Trina is such a cliche. Trina storms off after telling Spencer he’s not handsome. He wants to send Trina an apology but Esme doesn’t see why. She also assumes that Trina would expose them if she learned the truth. But she’ll do whatever makes him happy. 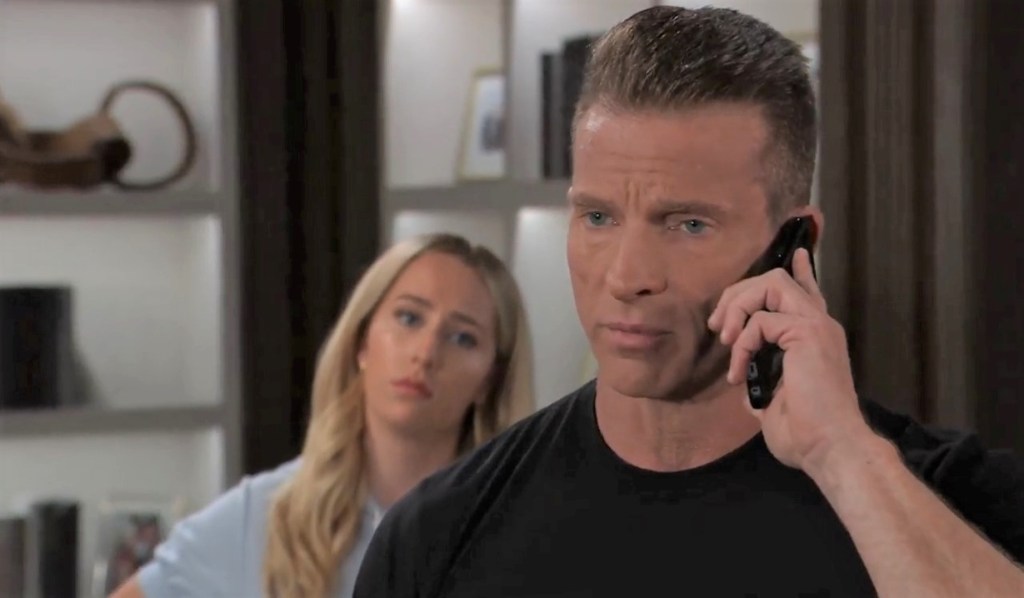 At the Corinthos compound, Joss and Jason call around to find Carly. When they have no luck, he calls Spinelli. Joss tells Jason that his mom paid her mom a visit. Spinelli calls back with a location on Carly. Jason tells Joss he knows what her mom is doing and why. He leaves. Trina shows up and immediately starts venting to her friend about Esme. 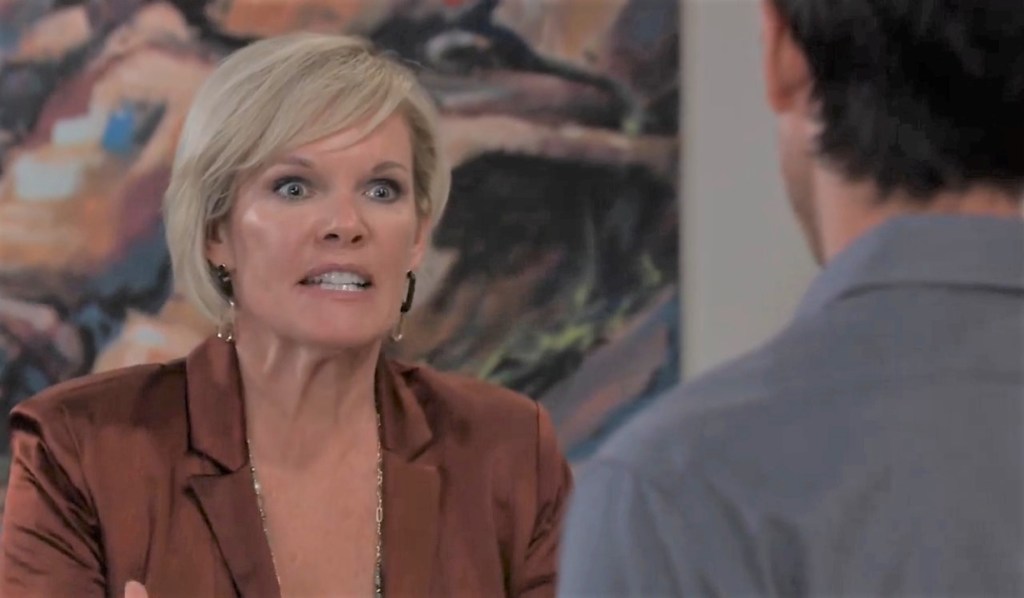 At the Jerome Gallery, Nikolas rips up Ava’s restraining order against him. She insists she’s just trying to protect them from the stalker. They rehash everything that went wrong with Spencer. She can’t bear to watch him ruin things with his child. A restraining order provides her cover for more severe tactics. Her two bodyguards, Bubba and Floyd, come out. While she takes a business call, her guards beat Nikolas. Ava returns, appalled to see this. She gets an ice pack for her ex-husband. He gets her to kiss him better. Ava jumps back and calls her guards to take him away.

On the next General Hospital: Carly tells Jason how she feels before there’s no turning back.

Get your free daily soap-opera fix for General Hospital — and all of the other daytime dramas — delivered straight to your email inbox by signing up for Soaps.com’s newsletter. And don’t miss our gallery of Kimberly McCullough’s run as Robin. 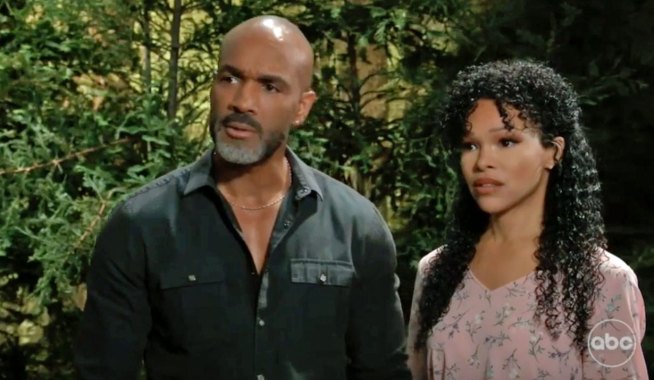 Carly Admits That She’s Falling in Love With Jason — and Is Shocked by His Response — Plus, Jax Demands Nina Come Clean With Sonny 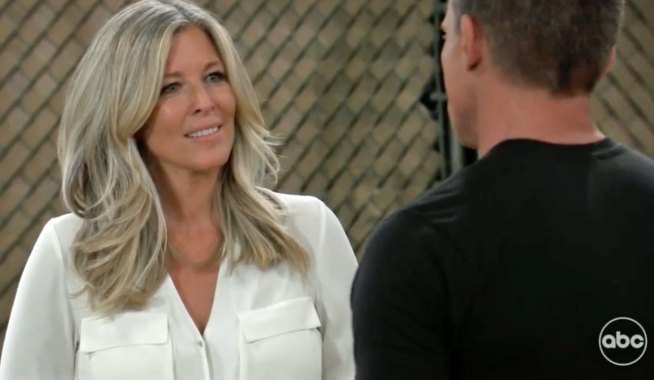