Friday, August 6, 2021: Today on General Hospital, Ava has a proposition for Shawn, Nikolas gets a clue from Harmony, and Jason realizes the family could be in danger. 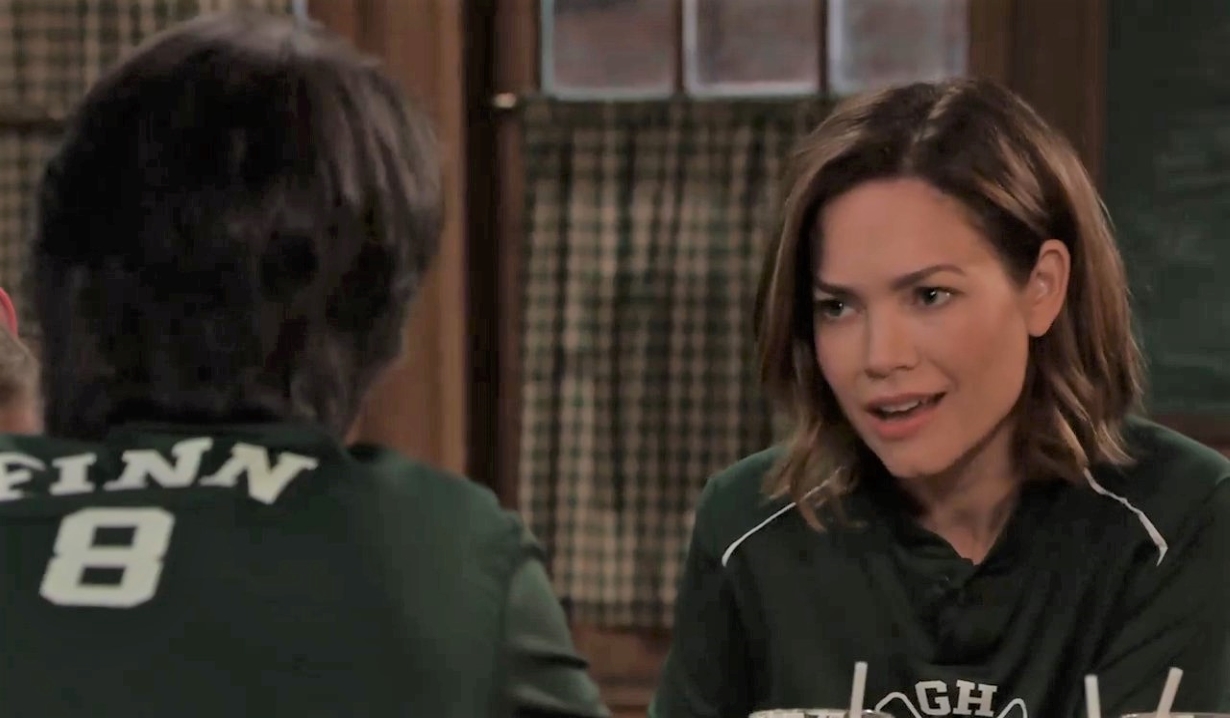 Violet, Finn, and Liz run into Anna at Kelly’s following their softball game. After she awkwardly says hello to the little girl, Anna exits. As the three of them sit down for milkshakes, Violet’s grandma, Naomi (played by Gigi Birmingham) appears. Violet asks where her mother is. Immediately, Liz leads her away to clean up, and Finn lectures Naomi for abandoning Violet for a year to gallivant around Europe. Naomi begs him not to punish her for her daughter’s mistakes. She wants to be in her granddaughter’s life. Violet returns and Naomi announces she’s staying in Port Charles before walking out. Finn puts headphones on his daughter and admits to Liz he doesn’t know what to tell her about Hayden. 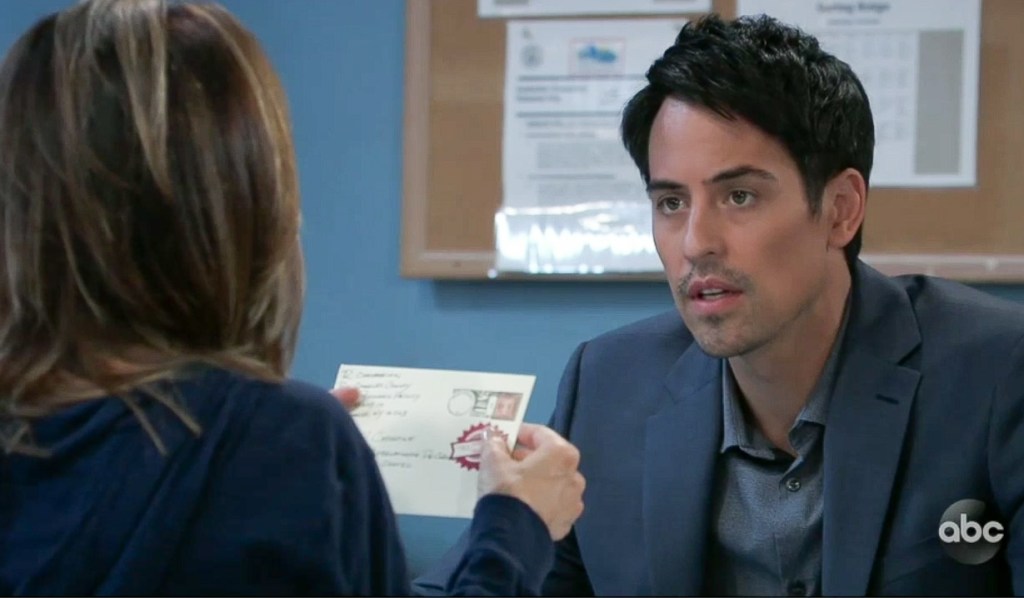 Nikolas and Sam visit Alexis at Springridge. She explains that Ryan can dictate letters by blinking with the help of his aid. They turn and see it’s Harmony. The prince starts questioning her and she insists that she only assists Ryan with his correspondence, not doing his evil bidding. Sam believes her when she claims that she’s trying to stay clean. She’s only been working with Ryan for a few weeks and his letters are all screened and returned. She refuses to help them since it would cost her job. However, once Sam exits, Harmony deliberately leaves Ryan’s files on the table for Nikolas and Alexis to see. They soon find an incriminating letter.

More: Behind the scenes of a Corinthos reunion 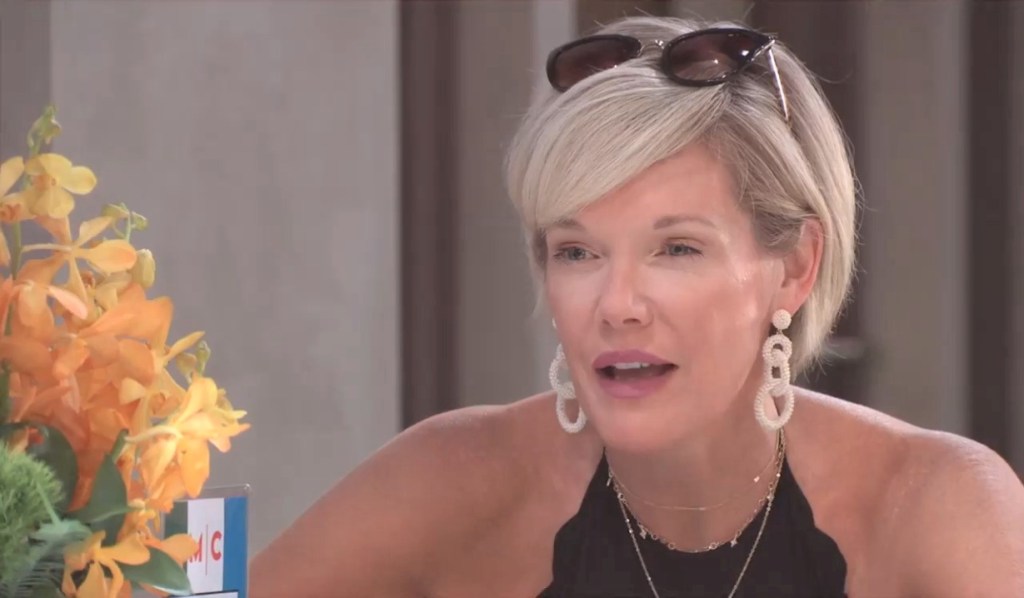 Shawn runs into Ava by the pool. She asks if it was worth six years of his life to protect Sonny. He can live with his decisions and makes it clear he isn’t working for Carly. Ava tells him she needs a bodyguard. He notices she already has one. She explains that he works for Nikolas and she needs to cut all ties. He’s not for hire and is busy looking for who shot Hayden. They catch up on their lives.

After bumping into Liz at Kelly’s and learning Naomi is back, Sam calls Shawn and tells him. 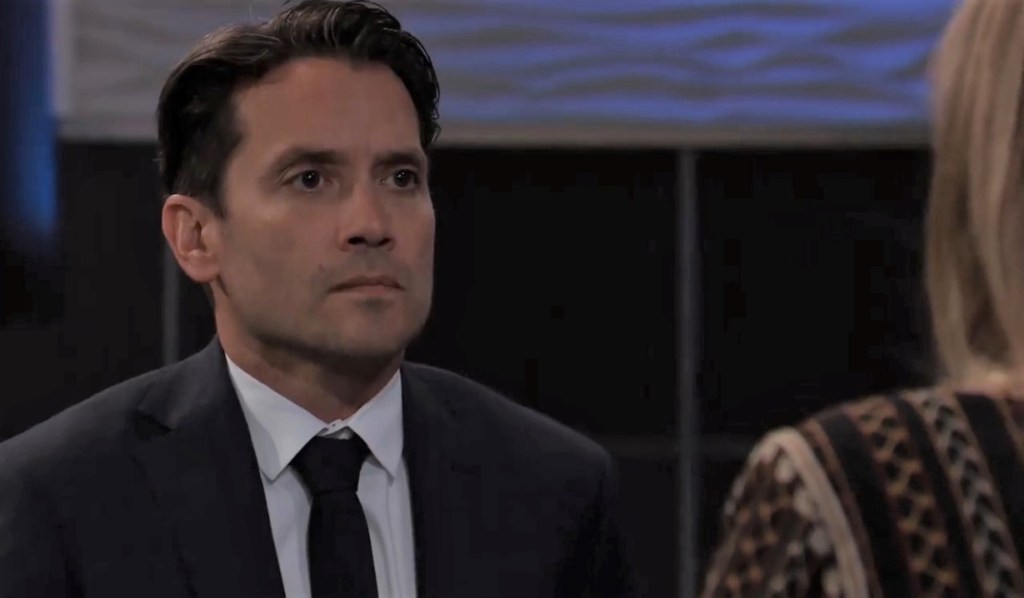 Laura meets with Dante at the Metro Court after meeting with Lulu’s doctors. There’s been no improvement. She’ll never give up on her daughter, but it may be time to move on. He admits that he’s been feeling like he’s in limbo. He’ll never stop loving Lulu, even if they aren’t married anymore. She doesn’t expect him to wait for her daughter and wonders if he’s met someone. Dante says he hasn’t. Laura assures him he will always be part of her family and she only wants his happiness. 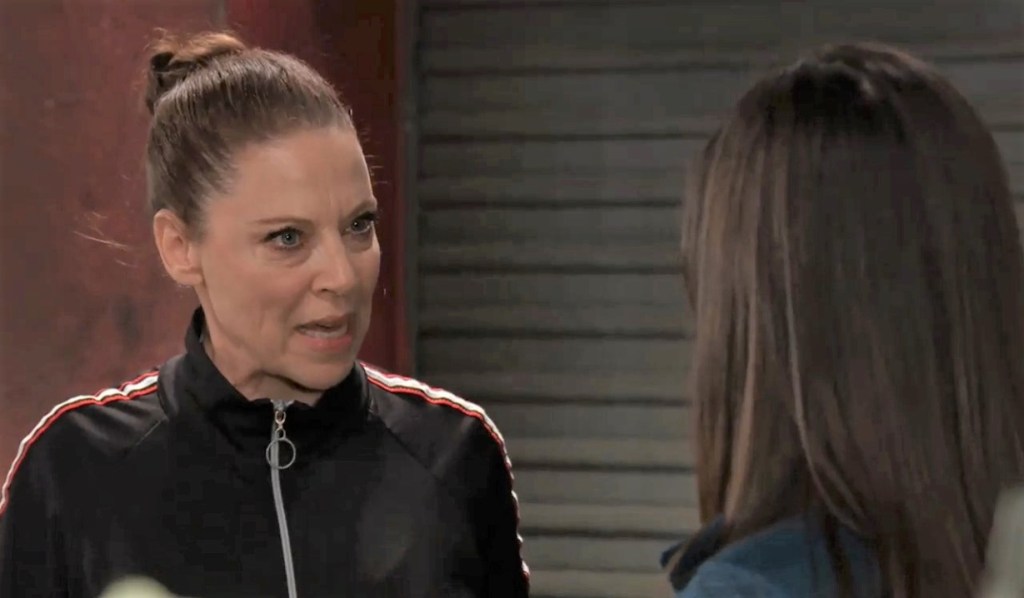 At the gym, Jason calls Spinelli and asks him to arrange a meeting with Joey Novak. When he turns around, Obrecht pops up and lectures him for abandoning Britt for his best friend’s widow. He admits he let her down. Anna arrives and listens until Obrecht steps away from Jason to begin pounding on a bag. As she punches, Obrecht admits to Anna she’s hoped that Jason might have played a role in getting rid of Peter. When she asks Anna to share anything she knows, she’s turned down. Liesl says they all need to stay on guard until they find Peter’s body. 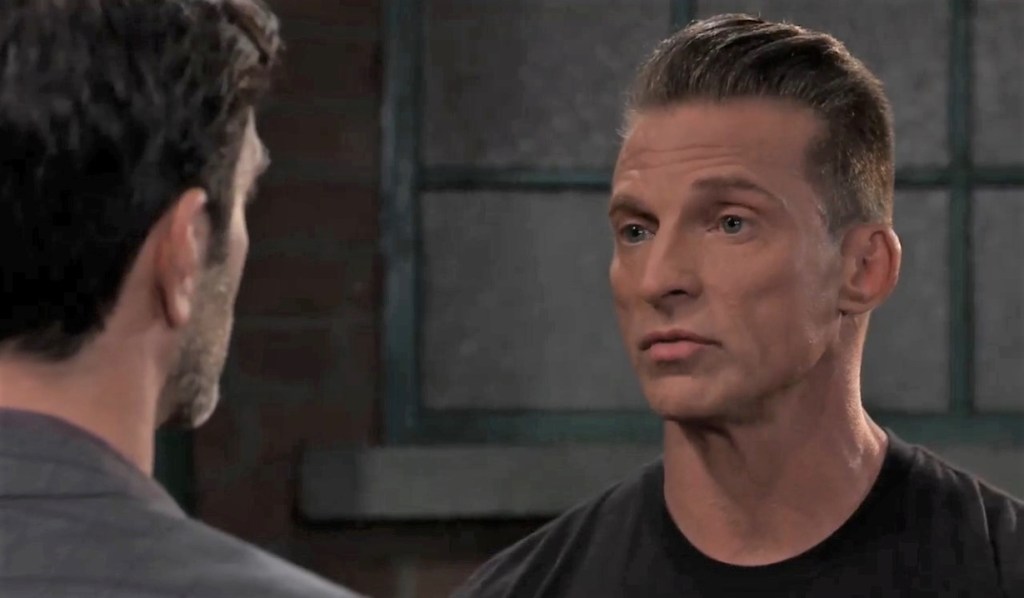 Jason meets Novak outside of Kelly’s. He tells Joey he crossed a line by talking to Joss. Any further contact will result in retaliation. Stone Cold says no one will tolerate this disrespect. Joey chortles and strolls away. 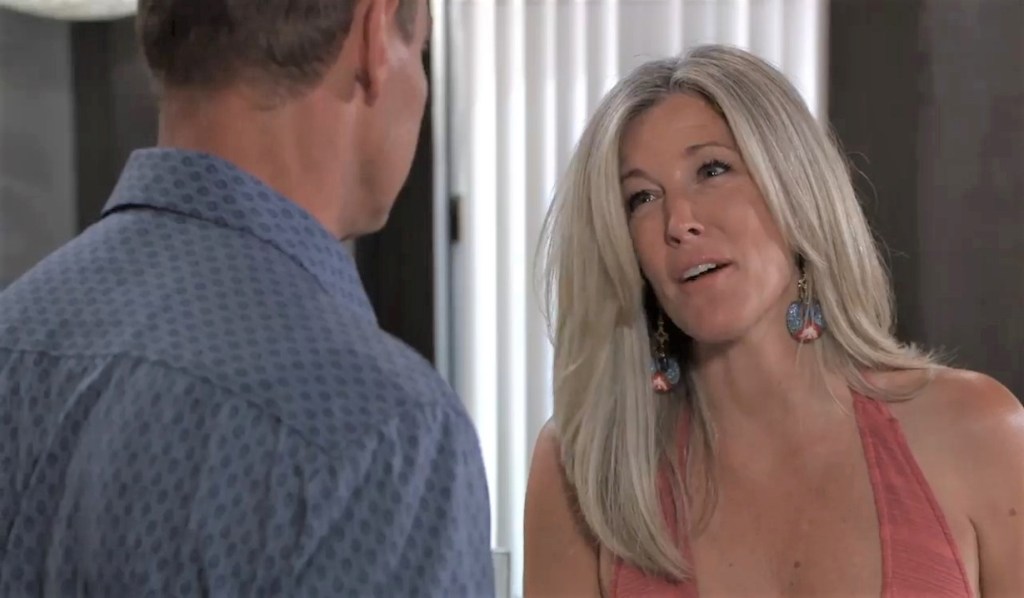 Jax and Carly argue about their daughter’s safety in her office. She insists that she’s handling it and he doesn’t understand her business. She offers him the contact information for Joss’ bodyguard. Jason arrives and Jax leaves the couple alone. Jason tells Carly that Joey laughed off his threat. That makes him worry he could have allies.

On the next General Hospital: Nikolas is horrified by Ryan’s letters.

Get your free daily soap-opera fix for General Hospital — and all of the other daytime dramas — delivered straight to your email inbox by signing up for Soaps.com’s newsletter. And don’t miss our gallery celebrating Scotty Baldwin’s life. 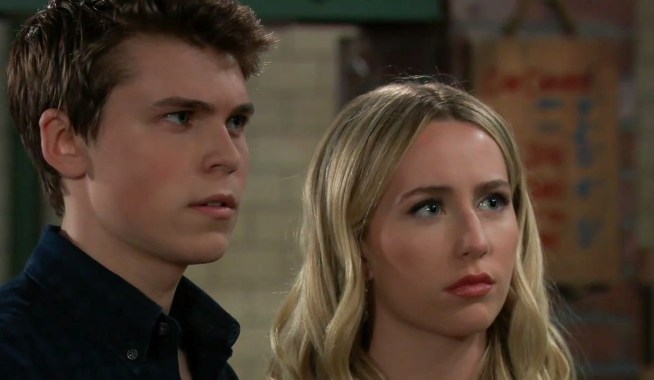 After Catching Naomi in a Lie, Sam and Shawn Are Shocked by What They Discover in Her Room 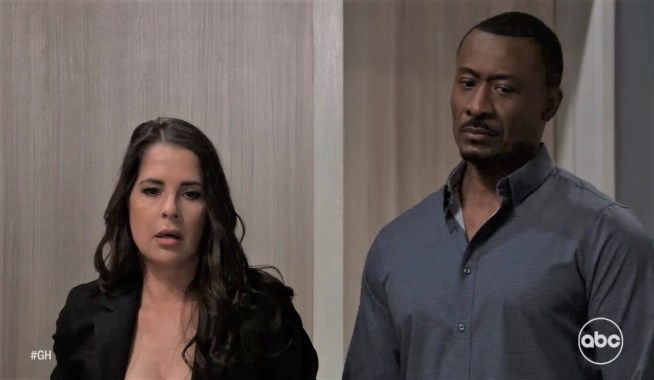