Spencer’s Back and Playing Very Cassadine-Like Games — Plus, Britt Hooks Up With [Spoiler]!

Monday, July 5, 2021: Today on General Hospital, Britt and Jax hook up , Shawn tells Molly what happened to Alexis, and a secret finally comes to light.. 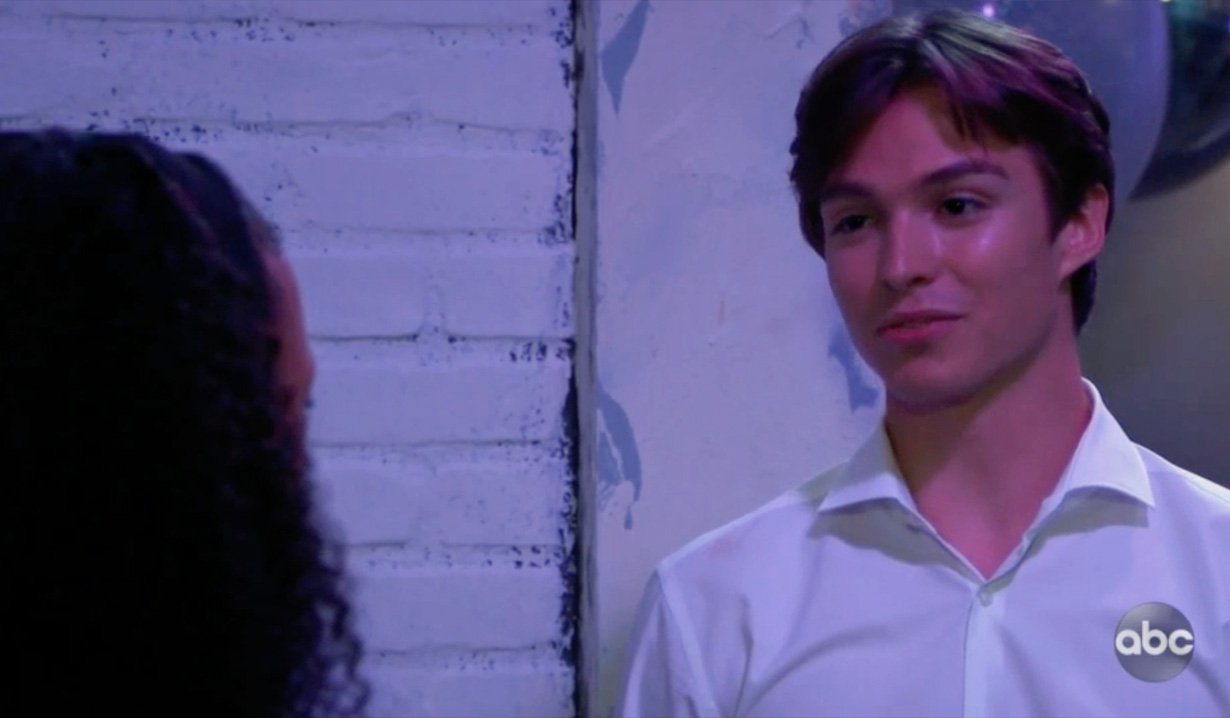 At the party at the Savoy, Joss tries to convince Cam that she doesn’t think he’s a bad kisser by kissing him.

Trina shocks the guests when she wanders in covered in red stuff. It’s not blood. She tells Ava that she walked into a trap at the gallery. Nikolas mistook her for Ava’s stalker and she pepper-sprayed him. Then, some guy wearing a mask appeared and the sprinklers went off, raining red stuff on her. She chased after the mystery person, but he got away. Taggert is proud of how brave she was. Jordan and Ava leave for the gallery to find out what’s going on. Portia leads Trina away to get cleaned up. 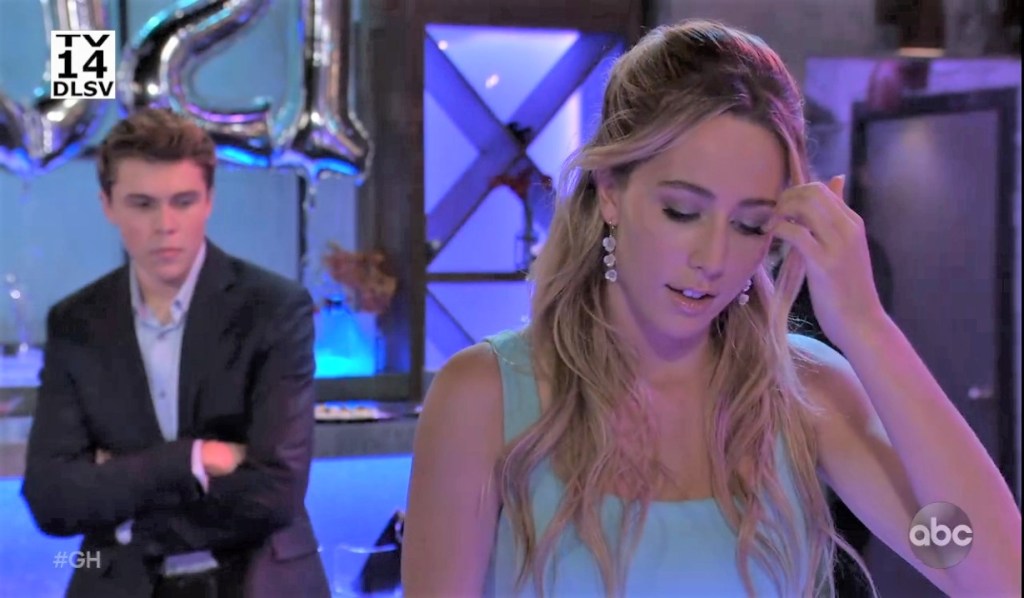 Cam asks Joss why she kissed him, and she insists she never claimed he was a bad kisser. They realize Dev might have written it in her diary himself and finally put the pieces together about their late friend’s deception.

After taking off the black disguise, the stalker, Spencer (now played by Nicholas Alexander Chavez) sneaks in to see Trina at the party. He claims he works there and says people will remember her entrance for a long time. She gets defensive when he badmouths Ava. He tells her she looks amazing and suggests she not let some jerk ruin her life. After he introduces himself as Victor, she returns to the others. He takes out his phone, looks at a photo of Nikolas, and says, “Sorry father, I’m doing this for your own good.” 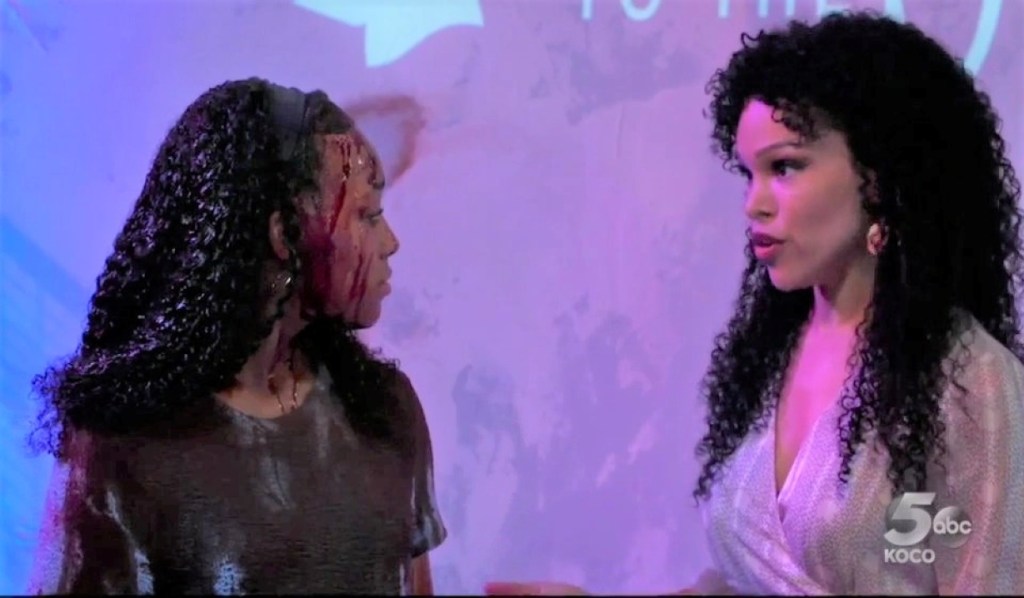 Nina and Taggert chat about children. He asks if there’s a guy in her life. She says there’s not. Across the room, Portia worries to Curtis about the stalker and what they might do next. Later, Nina and Curtis chat. He feels like someone is trying to scare Portia away from him. 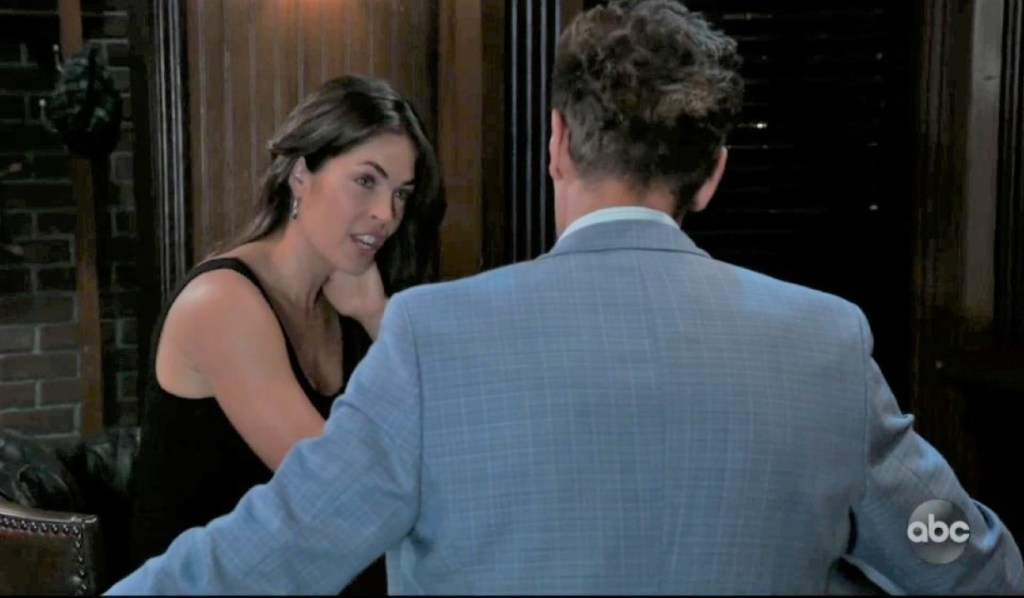 Britt and Jax are at Charlie’s Pub. He wonders why she cares so much about Carly and Jason getting married. She tells him all about her adventures with Jason. He suggests she not take him getting engaged to Carly personally. They toast to being single and he suggests that by not tying herself to Jason, she’s actually dodged a bullet. She insists that Jason really wants to protect the people he loves. Jax points out that’s a very short list. The doctor wonders if he’s pining for Carly, but Jax insists he’s not, adding that the woman he wants doesn’t want anything to do with him. Britt says she’s tired of being nice and wants to enjoy the time she has left. They toast to that, and she suggests he come home with her. Leaving the bar, they go back to the Metro Court and have sex.

More: Laura Wright has Wes Ramsey eating from her hand 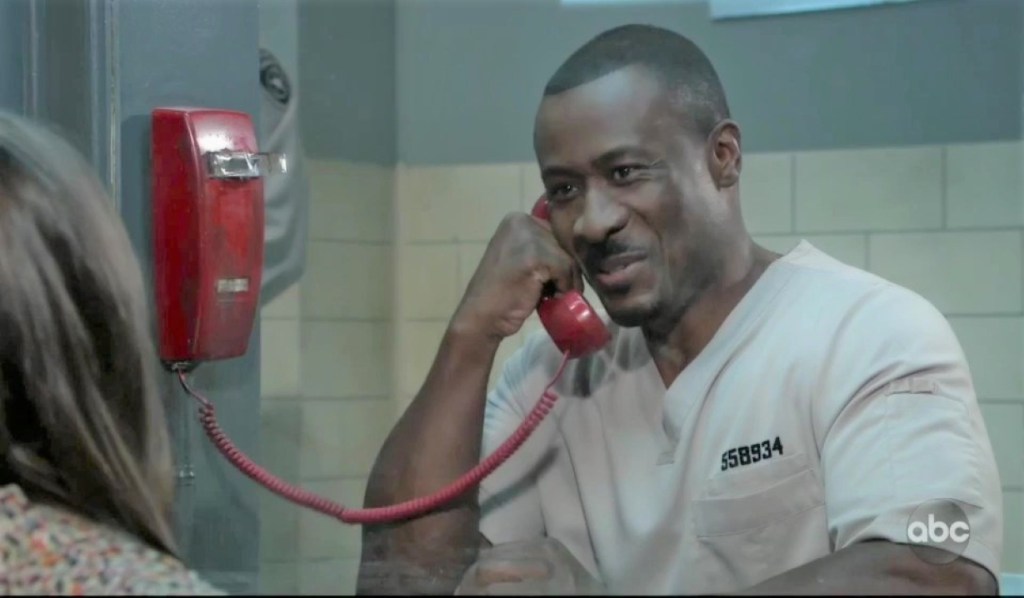 At Pentonville, Molly and TJ worry about why Shawn called them and why they haven’t heard from Alexis in days. Shawn arrives and informs them Alexis is in solitary for assaulting a guard. Molly worries because her mom’s brain is her worst enemy. Shawn asks to speak to Molly alone as his lawyer. TJ and the guard leave. Shawn tells Molly her mom is really in solitary because of Judge Carson. He explains what’s going on and suggests she inform Diane. Molly wants to go after Carson herself.

Molly meets with TJ in the hall and tells him she’s taking Judge Carson up on her offer. 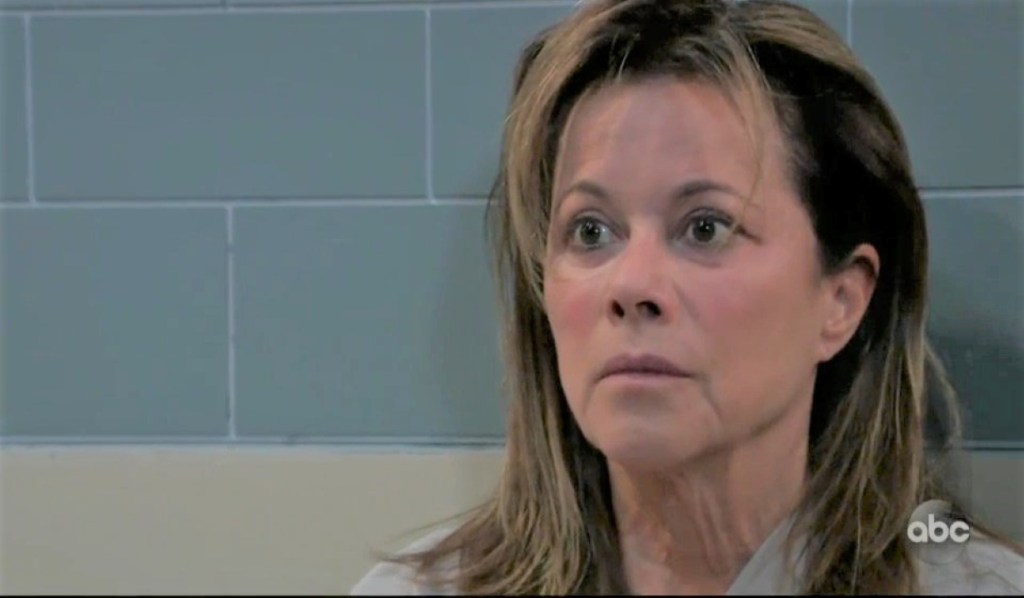 In her cell, Alexis tries to calm herself. When she falls asleep, she has a dream in which another version of her insists that if she doesn’t stop sticking her nose where it doesn’t belong, she could wind up in solitary for a very, very long time. 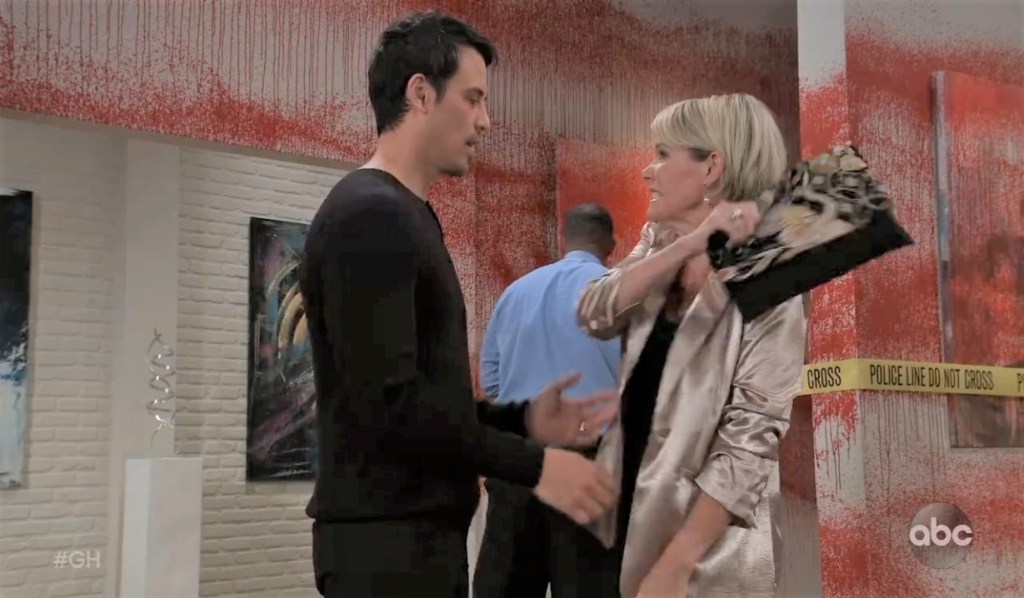 Jordan and Ava arrive at the gallery and Dante explains what happened with the sprinklers. There was also a silent alarm set up. Nikolas pops up to say it was part of a trap he’d set. Ava is glad to see her estranged husband is OK but swats him for getting involved in this. She’s furious and more determined than ever to get a divorce. The prince still refuses to give up on them. She reminds him that she needs her daughter to be safe and will do whatever it takes to make that happen. Accusing Nikolas of trying to gaslight her, Ava repeats that she does not want to be married to him any longer.

Meanwhile, Dante and Jordan look at the footprints and discover a lead…

On the next General Hospital: Obrecht is heartbroken.

Get your free daily soap-opera fix for General Hospital — and all of the other daytime dramas — delivered straight to your email inbox by signing up for Soaps.com’s newsletter. And don’t miss our gallery of soap stars aging gloriously.

Trina Comes Face to Face With...