While at the Cabin With Valentin, Anna Uncovers a Major Clue Surrounding Austin’s Identity 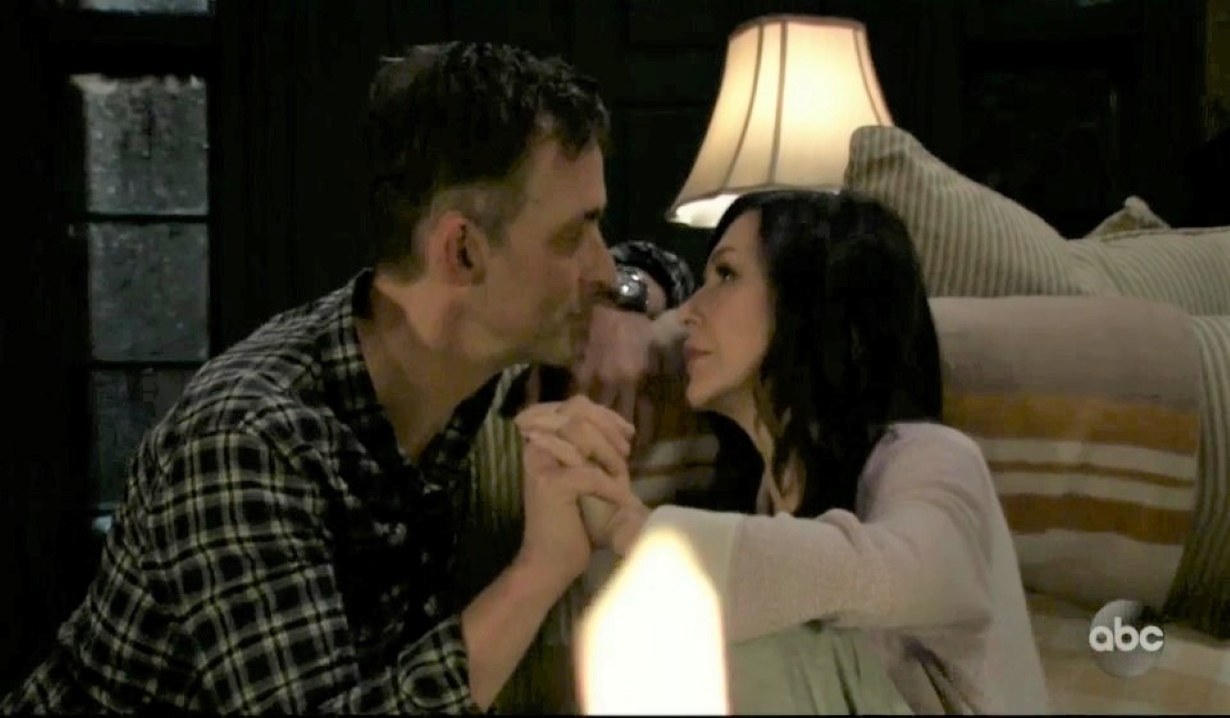 At General Hospital, Finn tells Scott he wants to hire him. Liz looks worried when he mentions Peter. That sets Scott ranting about everything he’s lost. The nurse tries to change the topic but the lawyer wonders if the doctor knows where Peter is. Finn admits he had motive to hurt Peter and he’s concerned the police will come questioning him. Scott assures him nothing will happen and he will represent him. Finn adds that he wants to make Liz Violet’s legal guardian. Scott offers to take care of it and leaves. Finn apologizes to Liz for not asking her first. The nurse assures him that their secret won’t get out. He thinks that as long as Peter is in a freezer downstairs, they are in danger. The body needs to go. Liz thinks they should leave it alone. When they walk out, they discover Scott has been standing by the door. They are relieved when he assumes they are a couple now and tells them it’s okay with him. 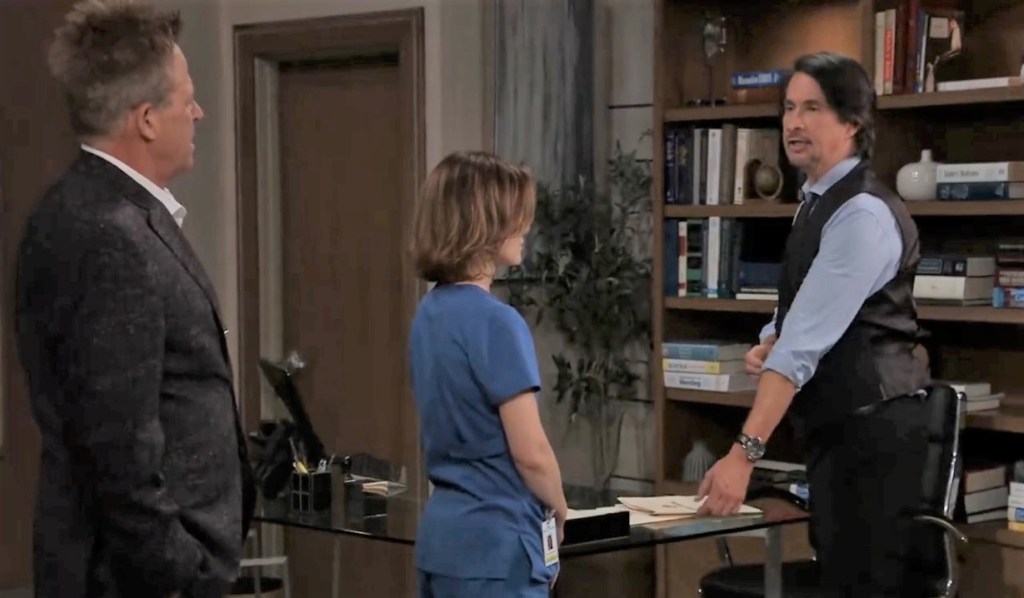 Jason drops by Britt’s office. He thinks about his conversation with Carly concerning getting married and then asks the doctor out for a beer.

More: The twist that could destroy CarSon 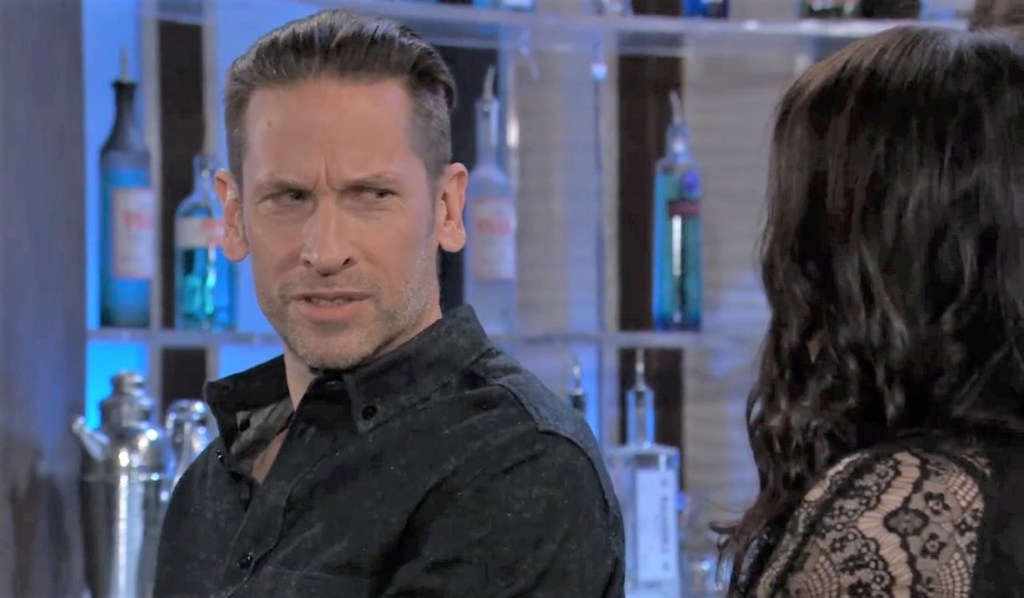 At the Metro Court, Sam starts probing Austin about his choice of drinks. Ava walks in, spots Nikolas and crosses the room to them. She starts asking all about Austin. Sam reminds her she’s married. Ava claims it’s an open marriage. Austin wants to escape. Ava announces she’s getting divorced and Sam slouches off. The bartender sneaks away and calls someone to say there’s something they need to see. 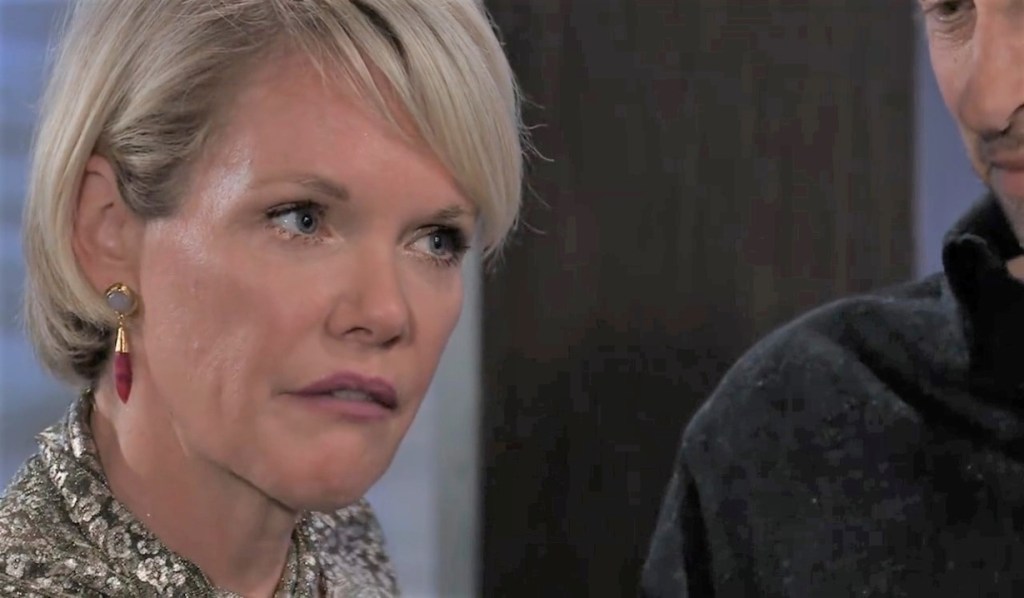 Dante joins Nikolas at a table. Sam interrupts to question the prince about his marriage. He immediately crosses to the bar, where Austin is encouraging Ava to stop drinking. Ava and Nikolas start yelling at each other until Dante stops them. Austin tries to walk away but Ava clings to him. She dramatically drops her wedding ring on the floor, proclaiming that she’s done. Someone looks in at them from around the corner. Sam tells Austin to go back to the woods and leads Ava away. 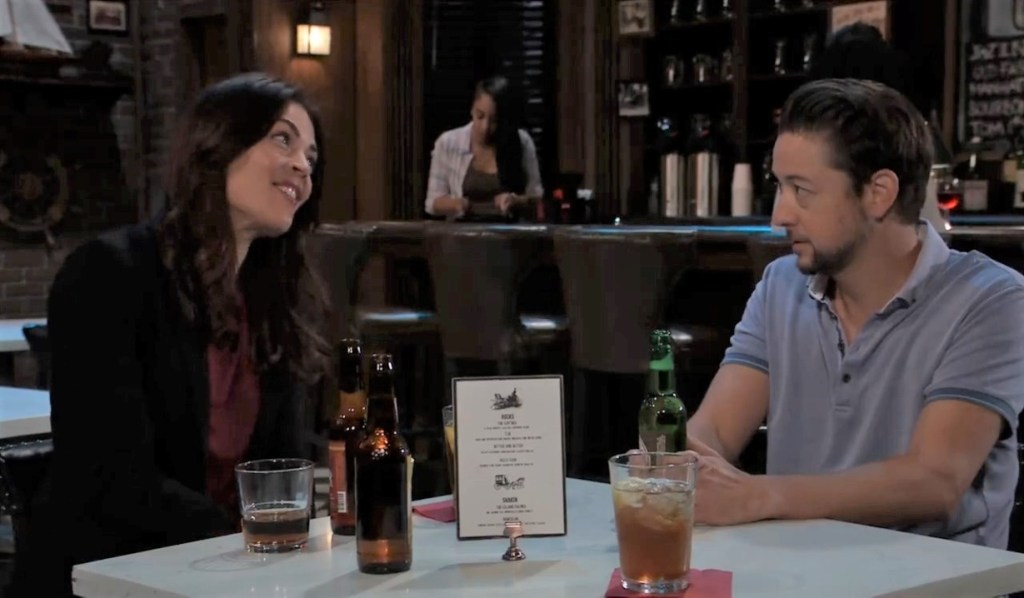 Diane joins Spinelli at Charlie’s Pub. He tells her that Ellie is concerned about his exposure to dangerous activity. Carly calls and asks her over. The lawyer tells Spinelli to just be honest with Ellie about his devotion to Jason. After she exits, Joey Novak wanders over and sits down. He tells Spinelli that the Novak family could use a man with his talents. They want him and he doesn’t have much choice. Jason arrives with Britt. He escorts Novak out and Britt sits down with Spinelli. She thanks him for the fake passports he made for them. Jason returns and says everything is fine. Britt notices blood on his hand. Spinelli tells Stone Cold that Ellie is threatening separation. Jason offers to talk to her but Spinelli doubts that will be enough. Britt doesn’t see why he needs to tell his wife everything. After he leaves, Jason tells Britt it’s time for her to go home. 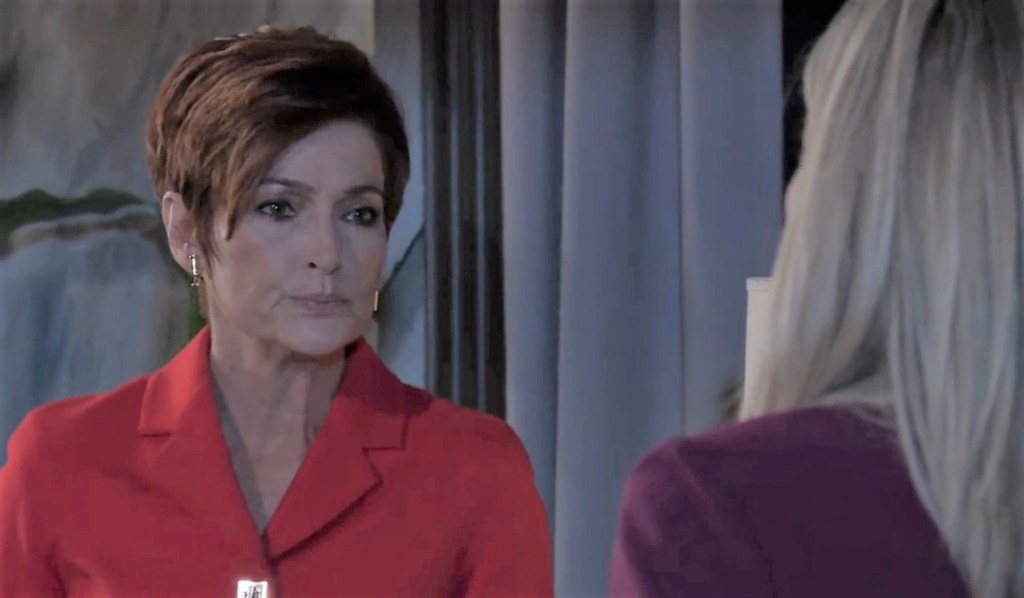 At the Corinthos compound, Joss offers to listen to her mom’s problems, but Carly says it’s not something she needs to worry about. Joss goes on about how great it must be to have Jason as a friend. Her mom changes the topic and Joss heads out to catch fireflies with her sister. Diane arrives and Carly tells her about the pressure she and Jason have been under from the other families. A marriage sounds like a good idea since it would just reaffirm all the other legal agreements Jason and Carly have. Joss and her sister come in and Diane goes off to look at a book with Avery. The lawyer returns and repeats that Jason and Carly’s plan is a sound one. After Diane exits, Jason arrives.

In Austin’s cabin, Anna and Valentin sit before the fire and she tells him he’s a wonderful friend. They hold hands and nearly kiss but she gets a call. Dante tells her about the coroner’s report on Chloe and sends her a copy. They go through it and guess that Chloe must have been a pro. They see that her brother is a helicopter pilot. She wants to call the WSB, but Valentin suggests they are better off pursuing this on their own. The storm ends and they decide not to spend the night. She finds a family photo and tells him that she’s discovered another mystery. It’s Austin as a child. She recognizes his father.

On the next General Hospital: Portia is surprised to see Curtis at Cameron’s party.

Get your free daily soap-opera fix for General Hospital — and all of the other daytime dramas — delivered straight to your email inbox by signing up for Soaps.com’s newsletter. And don’t miss our gallery of Dark Shadows through the years.

Carly and Jason Realize Getting...

Britt Lashes Out at Jason as He and...