Just as Willow Prepares to Tell Chase the Truth, He Suffers Another Devastating Setback

Wednesday, June 23, 2021: Today on General Hospital, Alexis and Shawn look for a pattern, Liz apologizes to Carly, and Britt asks Jason to teach her boxing. 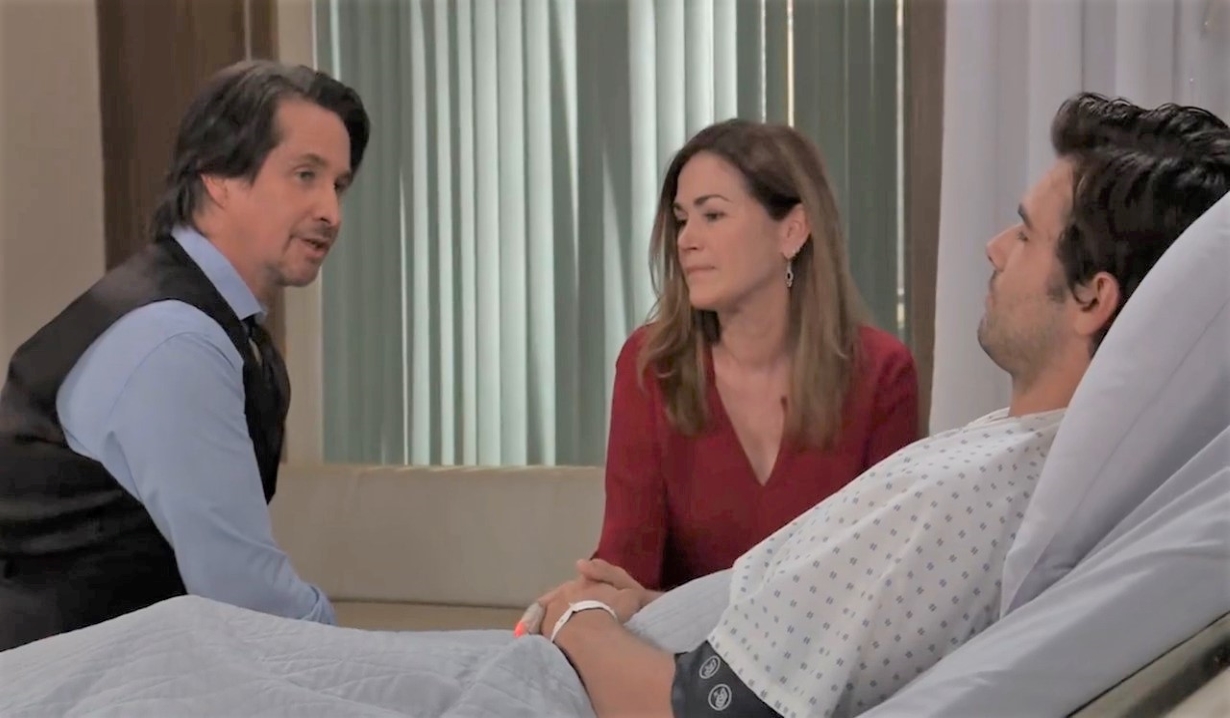 At the Quartermaine estate, Michael and Brook Lynn talk about Maxie’s baby situation. When Willow joins them, she changes the topic to the Chase problem. Brook Lynn tells them they better nip the lie in the bud immediately. After she leaves them alone, Michael and Willow repeat that they are committed to each other. Willow is still afraid of hurting Chase.

Jackie visits Chase at General Hospital. When Finn arrives, Chase starts looking forward to his wedding. Jackie apologizes for keeping the past a secret for so long. There would have been no paternity test to mess with if she hadn’t. Finn says this whole situation has pulled them together in a way that they never had been before. Having Violet in his life showed him what family means and this only confirms it. They discuss how numb Chase’s legs still are. After Jackie leaves, Finn starts testing his brother’s responses to stimulus but there aren’t any. Willow soon arrives and Chase tells her he can’t walk. 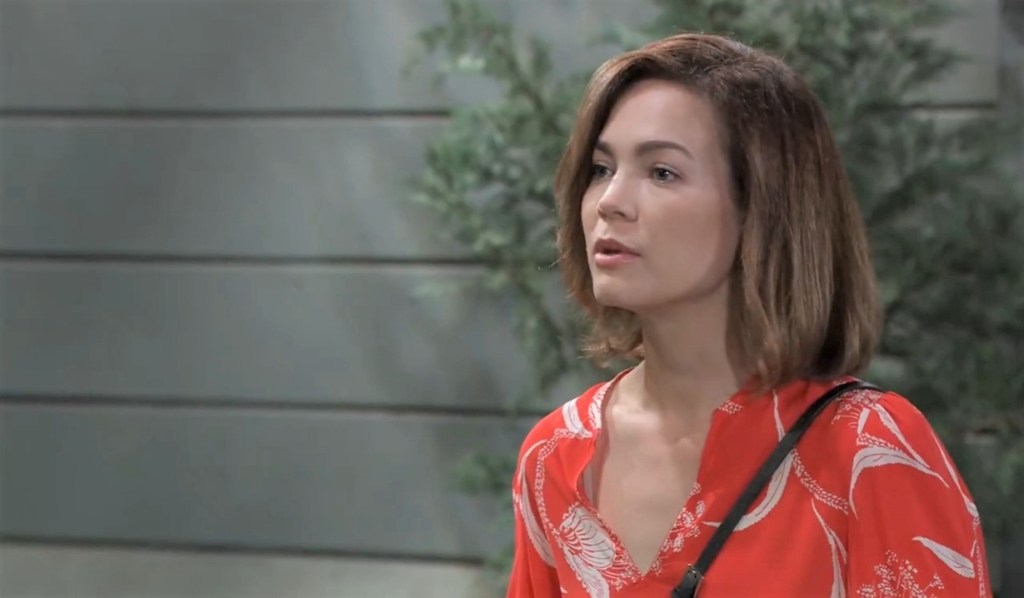 Carly brings flowers to the graveyard and wonders how Sonny always made running the business look so easy. Liz appears with flowers and apologizes for being wrong about Jason. She should never have believed the worst about him. It’s caused serious problems in her family. Carly is sure everyone will heal in time. The nurse admires what she has with Jason and is grateful she stood by him. Carly appreciates the apology. She can understand; she’s been grieving too. They sit down and talk about how great Sonny’s coffee was and how Franco always baked for Liz. Left alone, Liz talks to Franco’s grave about how angry she still is. She can’t get away from missing all the things they’ve lost.

More: Maurice Benard doubles down on support for story

Sasha joins Brando outside of Kelly’s and announces that it is their official first date. 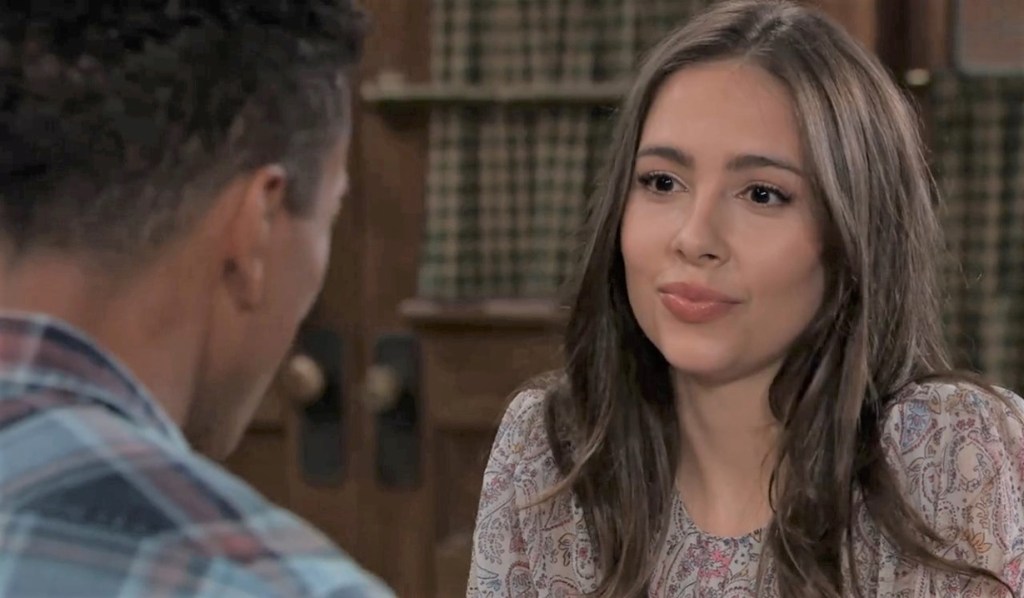 Inside, Molly and TJ talk about her mom. She’s happy her mom is 90 days sober and working on something. They wonder if she’s helping Shawn and then Molly pulls out a gift to celebrate their five months of being civil partners. It’s a mug with their picture on it. Brando and Sasha wander in and congratulate them on making it official before breaking the news that they’re pregnant. After the happy parents-to-be walk off, TJ admits he wants to punch Brando. They give each other pep talks about how they can do anything. Judge Carson strolls in and recognizes Molly. 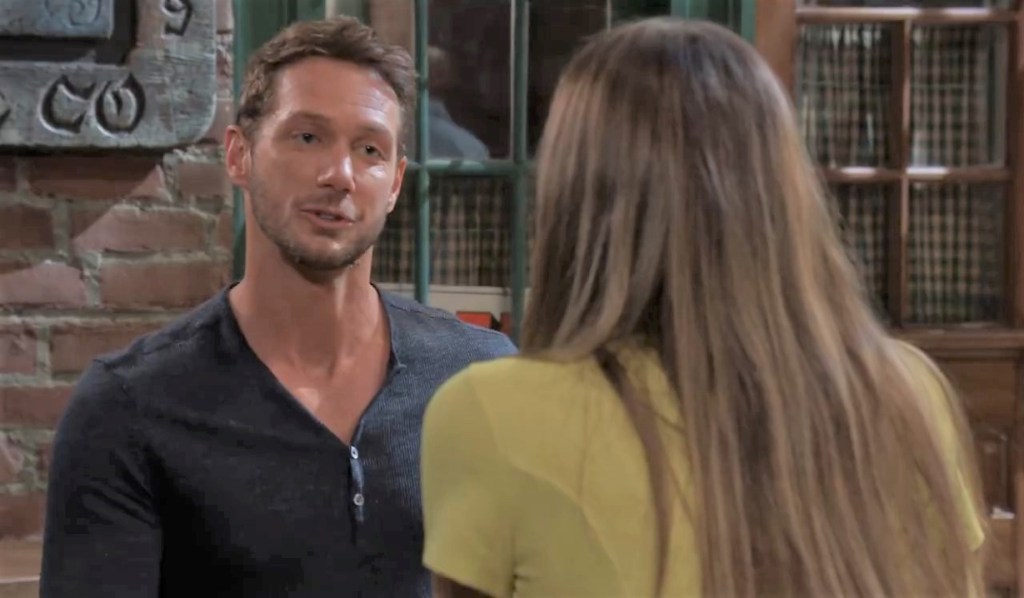 Back outside, Sasha tells Brando how tense things were inside. He explains that he had a one-night-stand with Molly. She doesn’t care. He suggests they discuss their future, but she just wants to eat. When he runs in to get a menu, she looks worried. 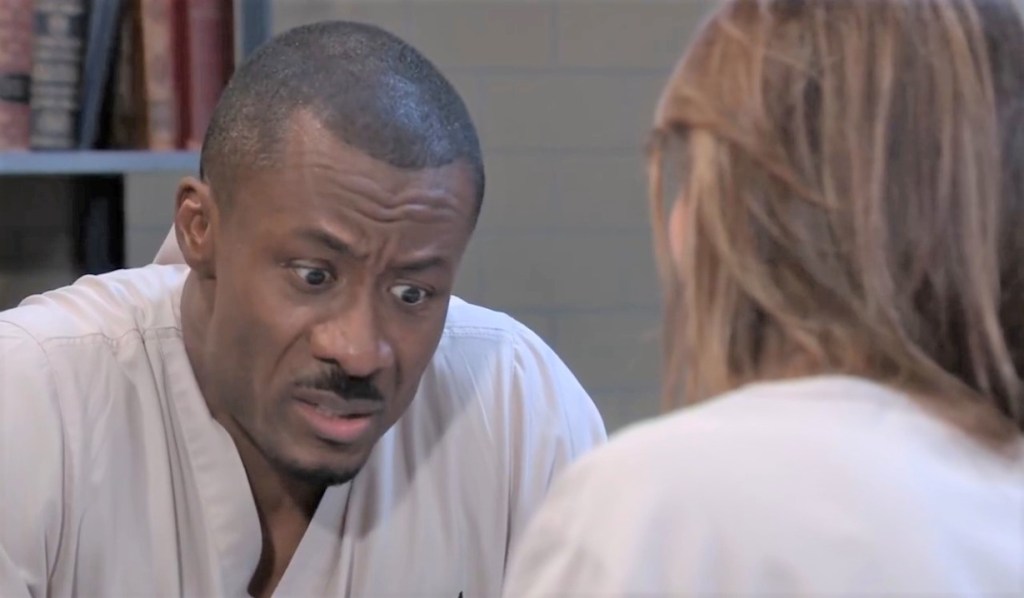 In the Pentonville library, Alexis and Shawn discuss his case. She has a hunch about Judge Carson, who presided over their hearings. As they go through cases looking for patterns of prejudice by highlighting people’s names, she’s amazed by how lenient the judge was to her. They observe that she’s easier on white defendants. She thinks they should get Diane to put the squeeze on her. 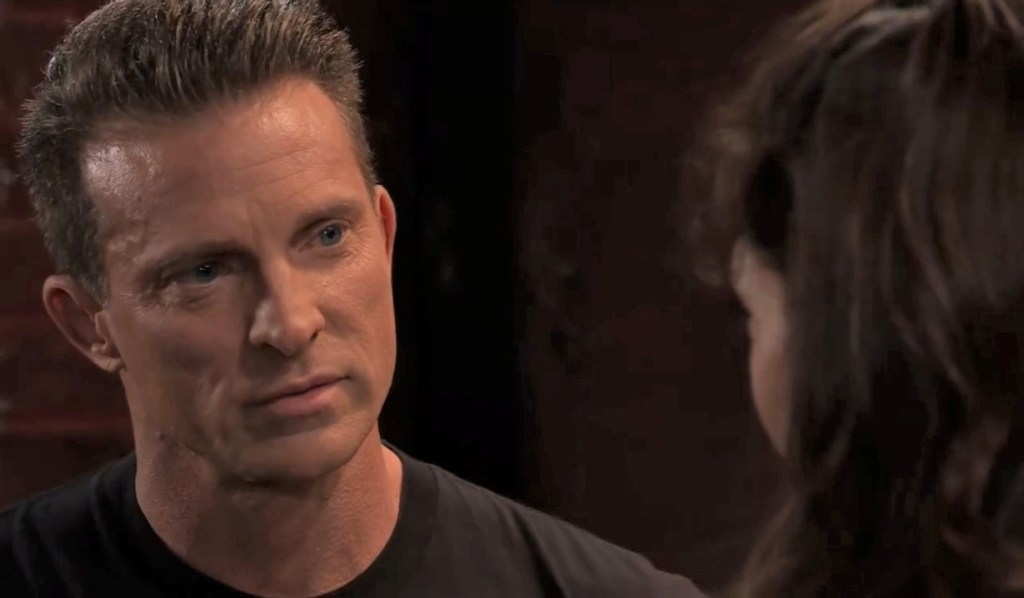 Jason meets Britt at the gym and gives her pointers on boxing. They step into the ring so he can teach her the basics. As they dance around, she starts talking about how her mom has dealt with her having the marker for Huntington’s. She is grateful to have a mom she loves. Britt begins listing all the things she wants to do and buy. When she mentions getting another car, he points out how bad she is at driving. She laughs about how he has rules for everything. The doctor just wants to have a good time and offers to take him for a ride. They tease each other. Before they can kiss, Carly shows up to talk business.

On the next General Hospital: Curtis confronts Stella about her manipulative behavior.

Ava Gives in to the Stalker's...

Jason and Carly Unite as the...

Halyna Hutchins Candlelight Vigil Draws Hundreds of Industry Artisans: ‘This Could Have Been Any of Us’