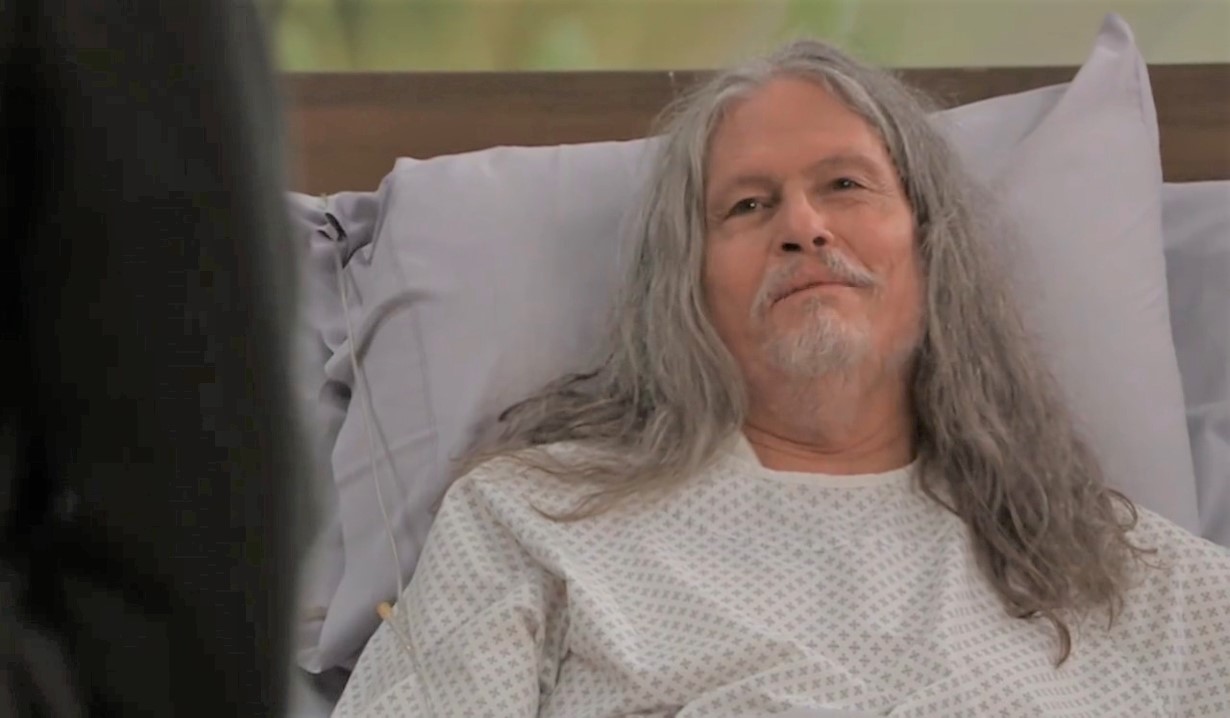 Sitting on a patio, Jackie and Gregory discuss their shock about Chase’s condition. Gregory may hate that she lied to him for years, but he’s still grateful for the years he spent as Harry’s father. They will always be a family. 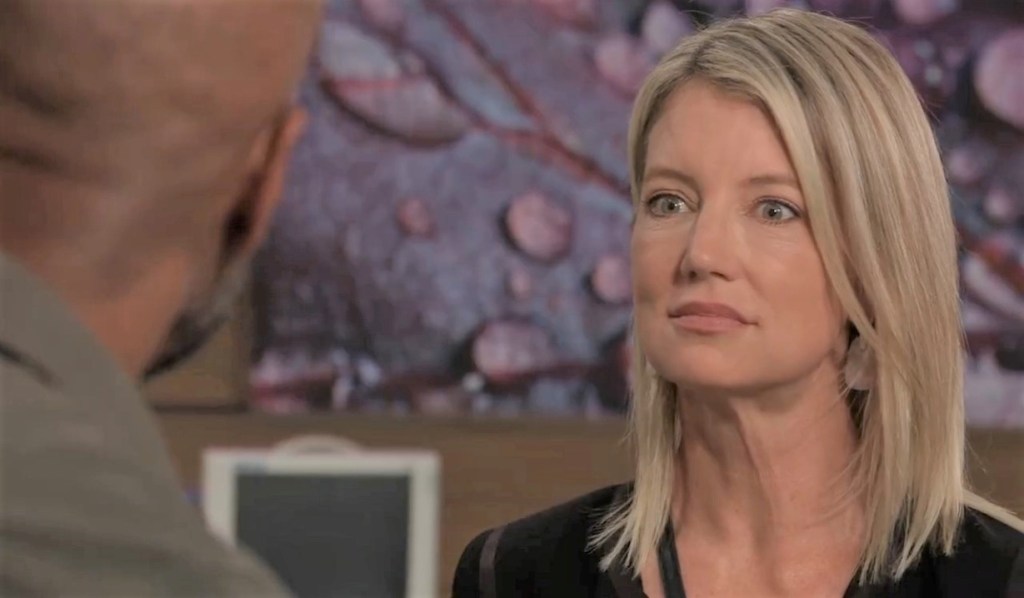 At General Hospital, Stella packs Curtis’ clothes and complains about him being discharged so early. Curtis wonders why he hasn’t seen Portia around. Nina drops by. She wishes he hadn’t gone through the collapse of his marriage alone. He didn’t. After Stella leaves to deal with paperwork, Curtis admits to Nina that he and Portia have gotten closer. He pushed her away and is worried he’s missed his chance. They chat about her time away and Nina admits she’s already missing Nixon Falls. The topic goes back to Portia and he tells her that something changed after he woke up. Stella arrives at the door and eavesdrops before interrupting with the discharge papers. She asks him to stay at her place while she’s back in England for a while. 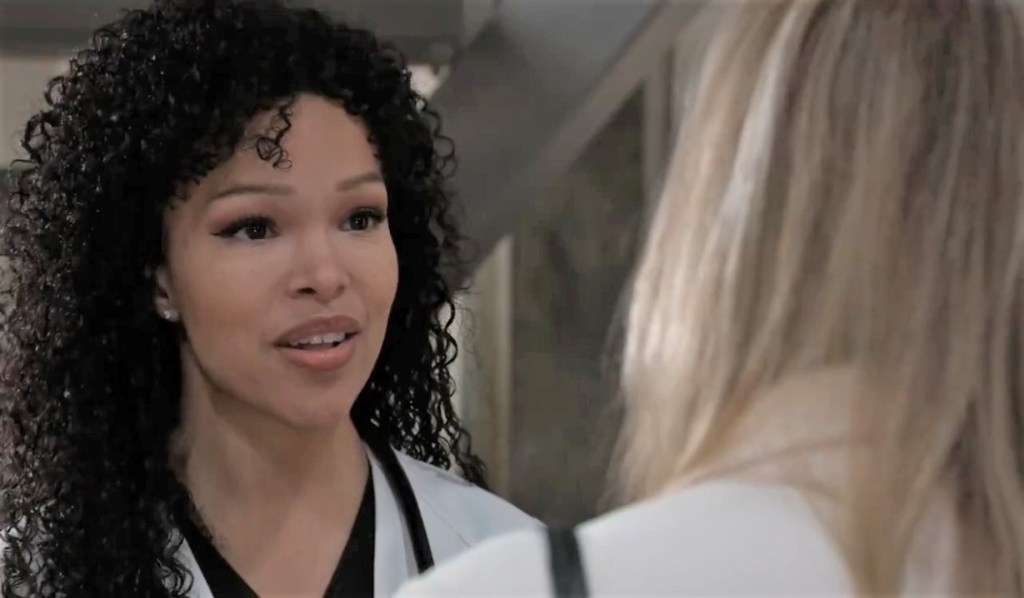 Laura chats with Portia about Curtis. Portia thinks about the lecture Stella gave her and tells Laura she and Curtis won’t be risking their friendship. 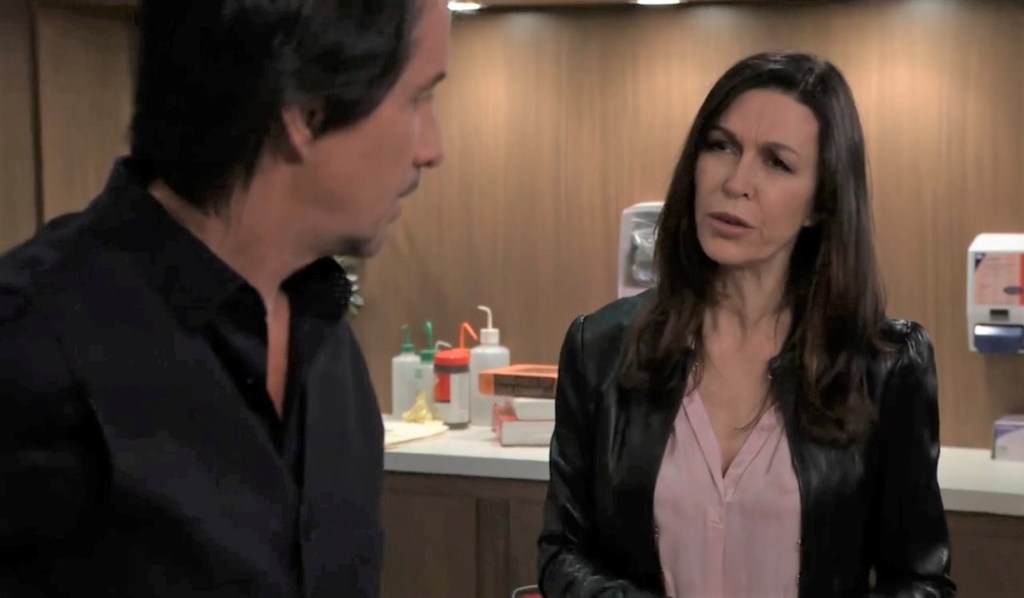 Anna checks on Finn in his office. He tells her his cure didn’t work and she promises she will find Peter. “You’re never going to find him,” he says.

At the nurses’ station, Britt wonders to Liz why Finn has put her back on his rotation permanently. When the nurse wanders off, she bumps into Finn and he apologizes for last night. He still can’t believe he killed Peter. She says he had it coming. The doctor can’t understand why his cure didn’t work.

More: Could Austin cause major problems?

Anna bumps into Britt and asks about the security footage that has gone missing. Britt says Cyrus had a lot of the cameras turned off. That would explain why there is no record of Peter leaving the building. 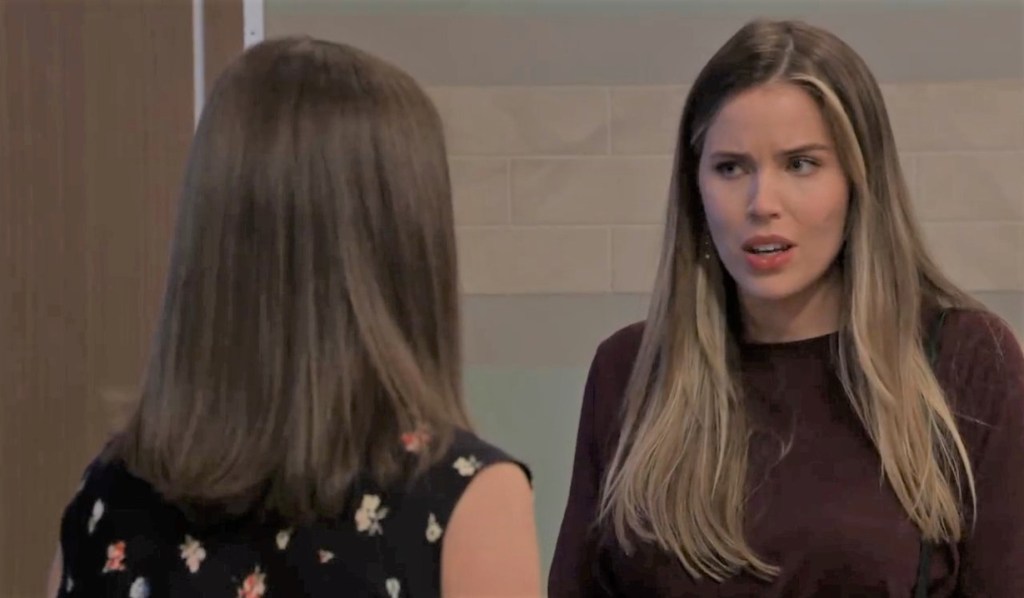 Sasha drops in to see Chase and Willow. She’s taken aback when the cop informs her they are getting married. When Willow leaves for water, Sasha stops her outside and reminds her that she’s in love with Michael. Willow is willing to put her life on hold to give him comfort before he dies. Sasha agrees to support her. When they return to Chase’s room, he’s surrounded by his parents and having a coughing fit. Portia comes in and checks him over. She explains that they are getting close to organ failure. He may not make it through the night. Finn tells Chase how sorry he is that he couldn’t save him. Chase is grateful he tried.

Britt approaches Liz and apologizes for earlier. She’s bringing her back fulltime. When she mentions Anna is on the roof looking for clues about Peter, Liz looks worried and thinks about putting Peter’s body in a freezer in the sub-basement.

On the roof, Anna discovers the hidden service elevator door. 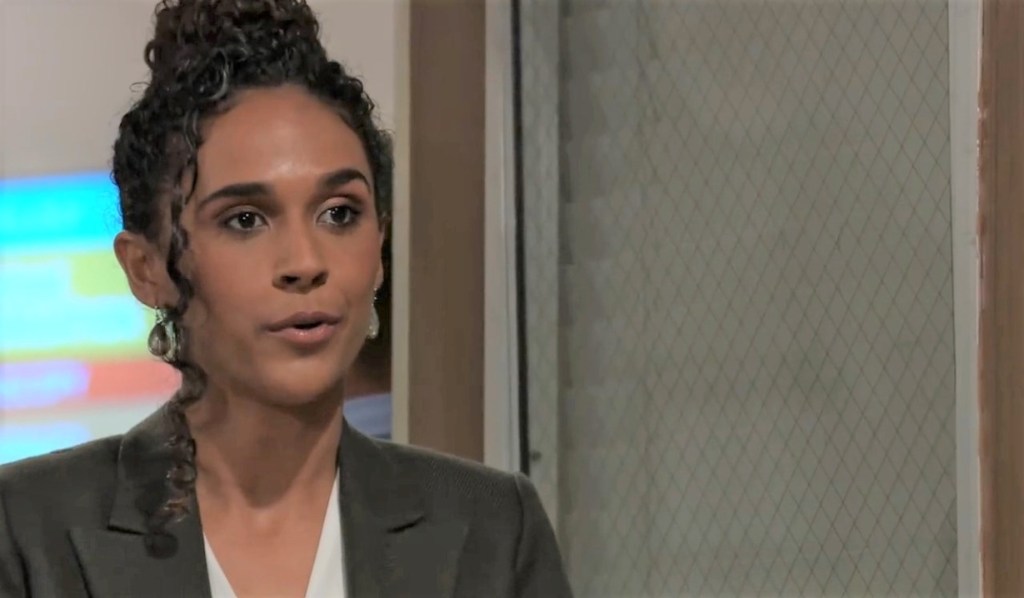 Jordan visits Cyrus in his hospital room. He guesses she’s there to gloat and points out the case against him isn’t great. She’s sure a jury will listen to her testimony. The Feds have already given her full immunity. He points out that her actions will all be made public and ruin her reputation. She doesn’t care and has made sure he’s going to a federal penitentiary in the Midwest. Two FBI agents arrive to take him away.

As Cyrus is wheeled down the hall, he stops for a word with Laura. She says the hospital board is stripping him of his power. He’s squandered all of his opportunities to make things right, even with his family. Cyrus says they will always be family. He’s in her head and will bring out her dark side. Once he’s gone, Jordan tells Laura not to listen to him. The commissioner adds that this mess won’t be behind them until she resigns from the PCPD.

Jackie comforts Finn by the elevators. They open and Cyrus appears to smugly tell him how lucky he was to learn Chase is his son. That sparks something in Finn’s brain and he rushes off. 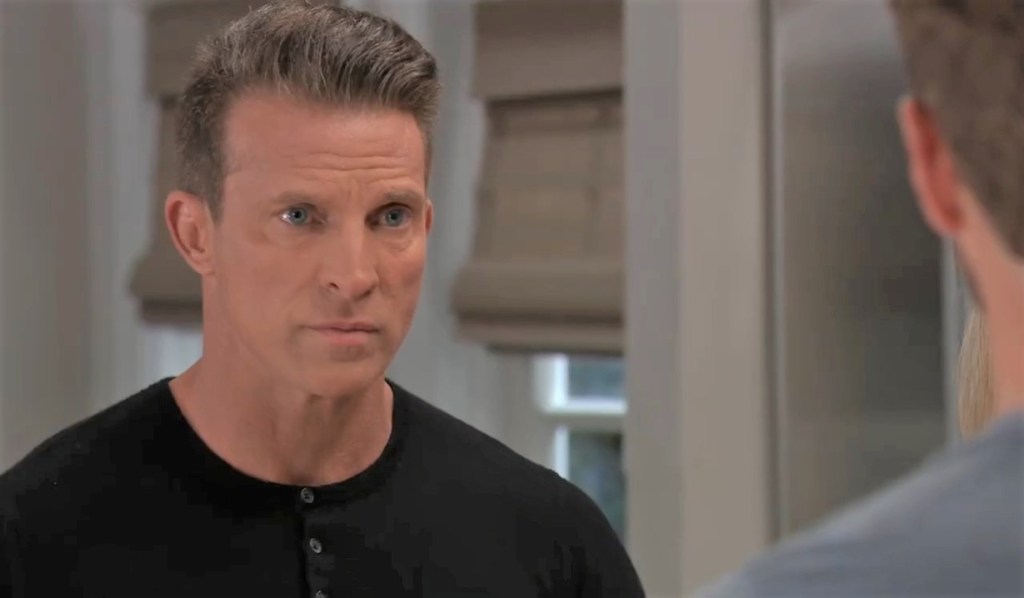 Jason settles in at the Corinthos compound. Carly is relieved to have him there. As she asks about what’s going on with Britt, Brando interrupts. Carly isn’t thrilled to hear Gladys will be sticking around town to recover. He asks them what his future holds now that Cyrus’ organization is falling apart. Carly’s not planning to have an active role in the business. Jason reminds Brando he has a baby on the way and should work in the garage. Brando feels like he’s finally making a difference and wants to keep helping. Again, Jason urges him to think of his child. After Brando leaves, Carly tells Jason how crazy things have been. He warns that they need to handle things carefully so they don’t look weak to the other five families. Britt calls and tells him the news about Cyrus.

On the next General Hospital: Obrecht is worried about Britt.

Get your free daily soap-opera fix for General Hospital — and all of the other daytime dramas — delivered straight to your email inbox by signing up for Soaps.com’s newsletter. And don’t miss our gallery of the cutest kids on daytime. 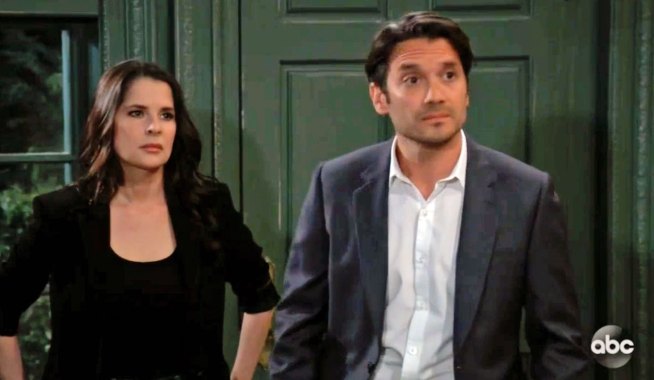 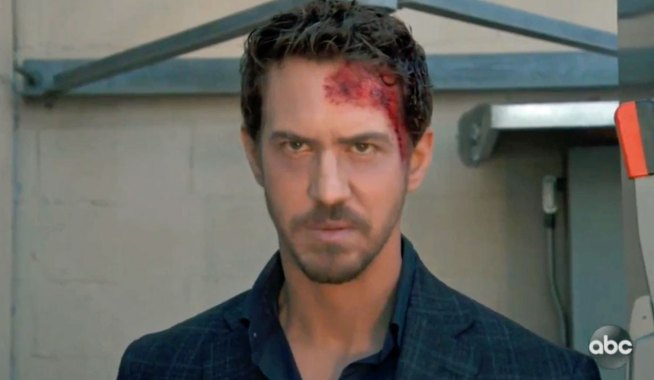