Staring Death in the Face, Chase Makes a Desperate Proposal — and Willow Is Forced to Face a Tough Decision 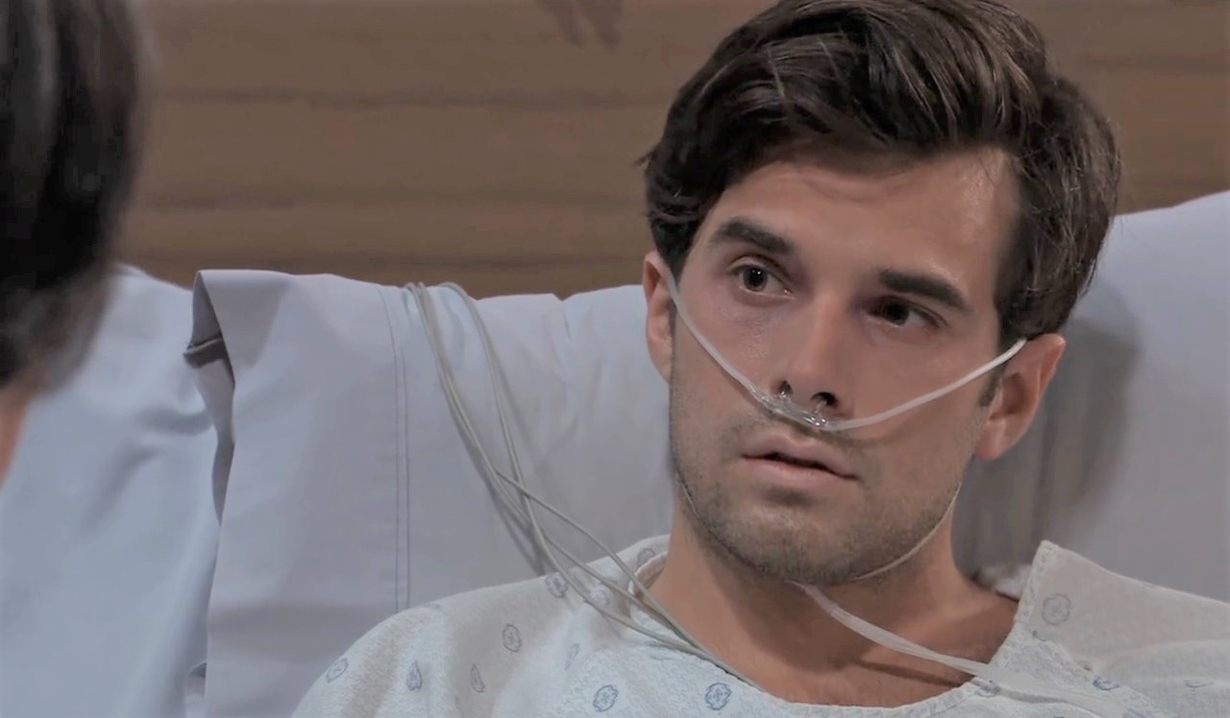 Anna finds Liz weeping in the chapel at General Hospital. She’s worried about Chase running out of options. Anna says Peter is still an option and runs off. The nurse prays for forgiveness.

In Chase’s room, Finn tells him that the cure didn’t work and it should have. That was their best shot. The doctor is going to keep trying. The cop is used to staring down death, but not like this. Finn leaves the room and tells Gregory and Jackie the bad news. They go in to see Chase and assure him that they never wanted him to be anything other than what he is today. 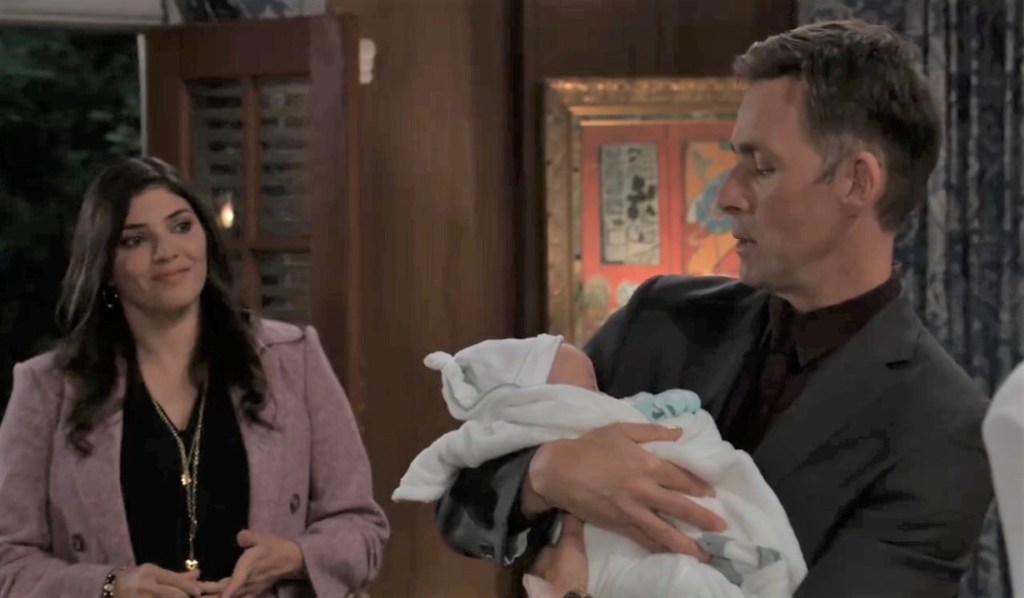 At the Quartermaine estate, Valentin tells baby Lois that he will always be there for her. Brook Lynn looks on admiringly. Nina comes in and gasps when she sees him with the baby. She’s looking for Michael and confused to see them. Valentin explains it’s his baby with Brook Lynn. They make it clear they aren’t in a relationship. Brook Lynn gives them some privacy. Nina tells Valentin she’s happy for him. He wishes the child could have been theirs. They chat about Charlotte and she says she’ll be heading back to Nixon Falls. She makes it clear she’s not reuniting with Jax. After she wanders off with Brook Lynn, Valentin tells Lois that he made a fool of himself but he’s happy Nina has moved on. Having a new baby in his life is a blessing he didn’t deserve, but he still wants more. Anna arrives. They go over the Peter situation and Chase’s condition. Valentin wishes he’d just killed Peter and wonders if he’s still hiding in the hospital. As they talk about saving Chase’s life, Brook Lynn eavesdrops and then leaps into the conversation. Once Devane leaves, Brook Lynn asks if they are a thing. Valentin says they have a long history.

Liz sits with Finn at the hospital and tells him he’s not alone. She takes his hand as he weeps. He doesn’t want to stop but is out of options. 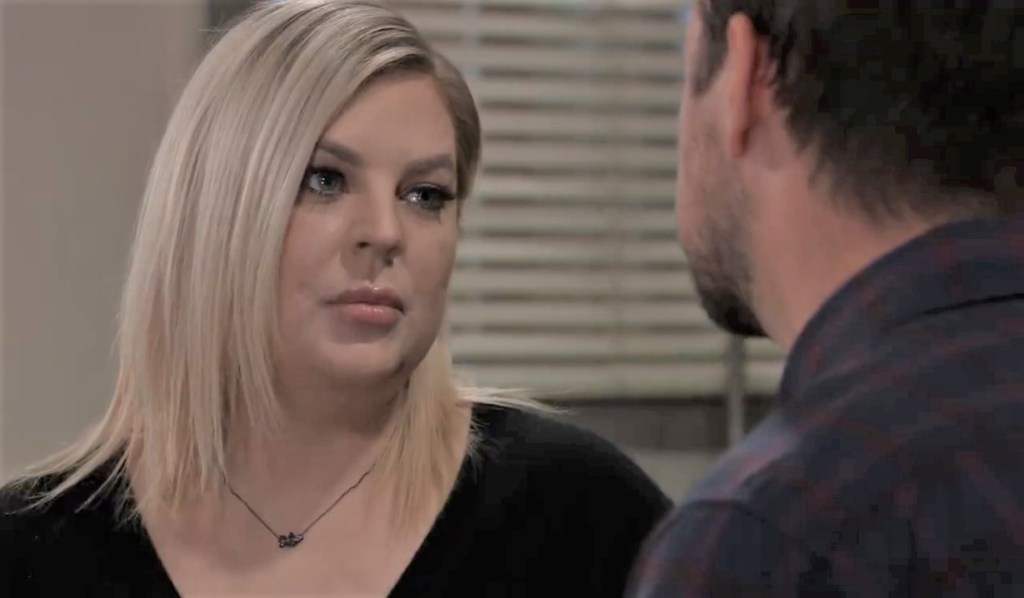 Spinelli drops by Maxie’s room and tells her how bad he feels about her child going missing. He wonders what went wrong with her plan. They mull over everything that’s gone wrong. She’s eager to see her children. 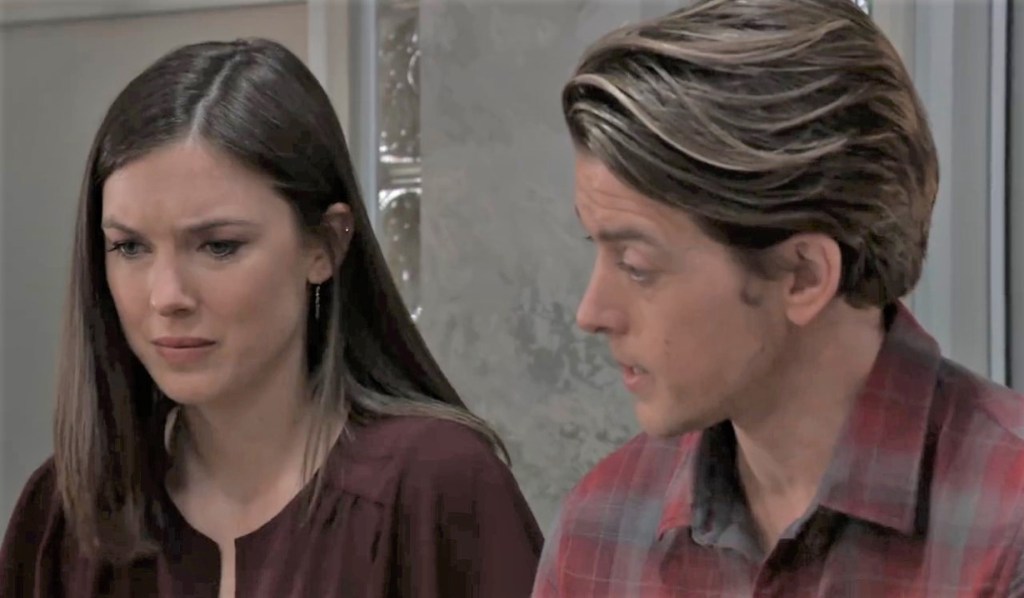 Michael and Willow discuss the situation. She hates what Jax has done to them. He’s angry and worried about what will happen if his mom learns of Jax’s blackmail. Neither of them feels bad about allowing Nina back as long as she behaves herself. He gets a text that she’s at the house and takes off. 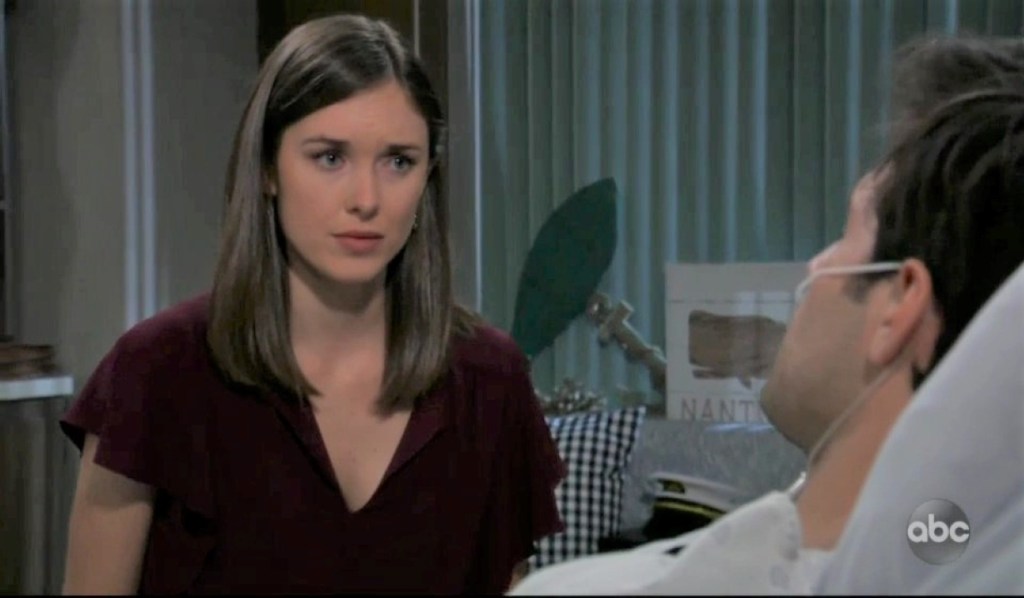 Willow sits with Chase and he tells her that the toxin has narrowed his world. She’s shown him love in all the ways that count. He proposes. He knows he’s being unfair, but his days are numbered and he wants them to be filled with her as his wife. She’d be honored to be his wife. His parents return and he tells them the news. 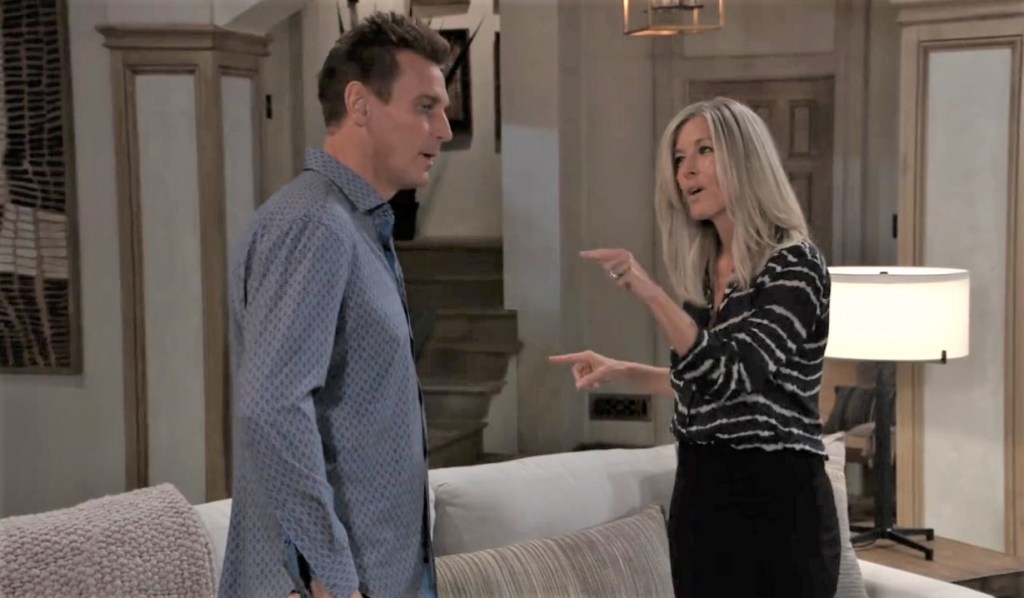 Carly shows up at Jax’s place and asks what he did to make Michael change his mind. He claims that he and Michael just had a reasonable conversation about it. Carly thinks he just did this to win Nina back and doesn’t care about what’s best for Wiley. She’s sure someone pushed her son into this. When she finds out what’s really going on, Jax is going to regret it.

Michael meets Nina outside of the guesthouse. He goes over some ground rules and she promises not to mess things up. They go inside and he leaves her to play with Wiley and a toy truck. She tells him she ran into his grandpa and he’s happy and free. She tried to do the right thing and tell Carly, but she was mean. Now she doesn’t know what to do. Carly looks in and shakes her head as she watches Nina with Wiley. 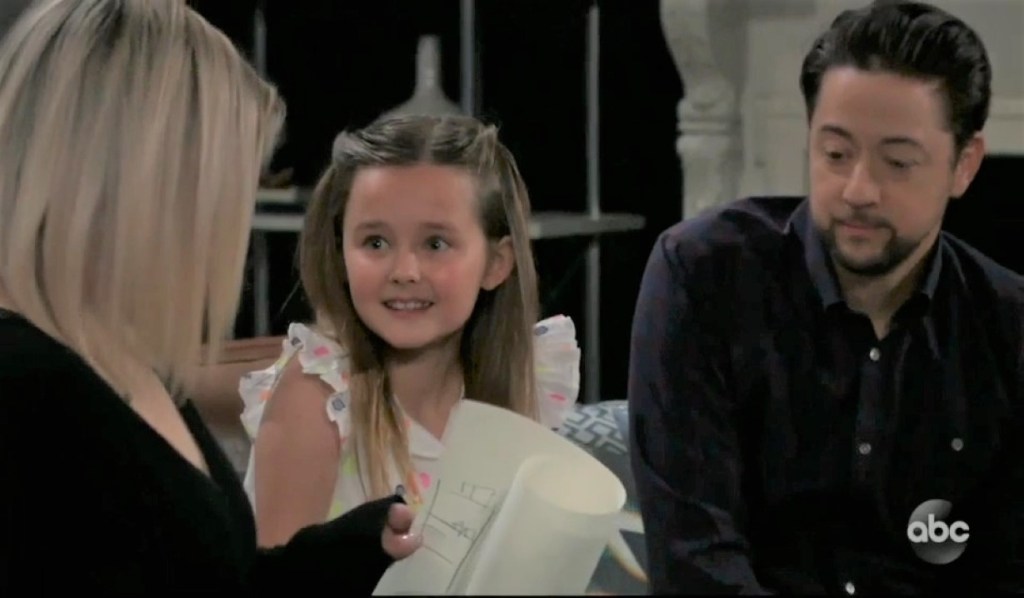 Maxie and Spinelli go to her place. Georgie is eager to meet her baby sister, but her mom says she’s staying with a friend for a little while. After the little girl bustles off, Maxie tells Spinelli she’s sure her daughter will come home.

On the next General Hospital: Brook Lynn is honest with Willow.

Get your free daily soap-opera fix for General Hospital — and all of the other daytime dramas — delivered straight to your email inbox by signing up for Soaps.com’s newsletter. And don’t miss our gallery of soaps’ cutest kids. 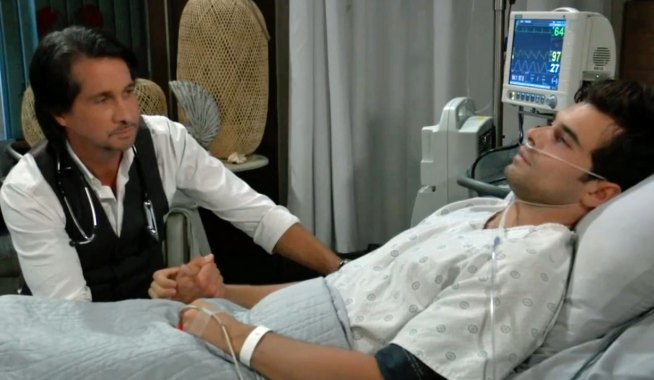 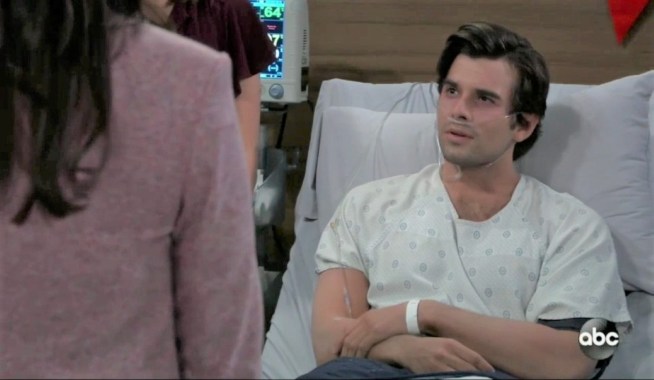