As Chase Takes a Violent Turn for the Worse, Will Peter Come Through? 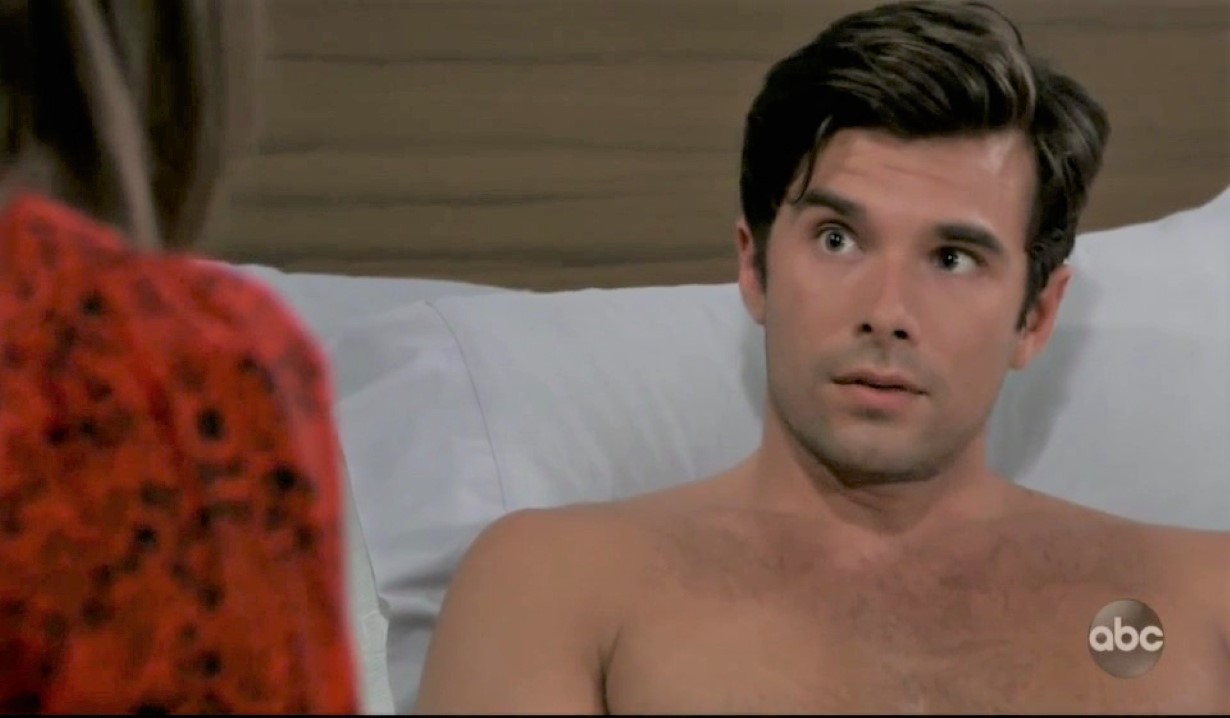 Peter calls Maxie and offers to look after James while she rests. She tells him about her elevated blood pressure and he complains about not being able to see her.

Willow drops by to see Chase at General Hospital as he finishes his sponge bath. She brought herbal tea but he’s weak and drops it. As she mops up, he thanks her for being there. He wishes he could get out of there and back to normal. The cop admits he’s starting to get scared. 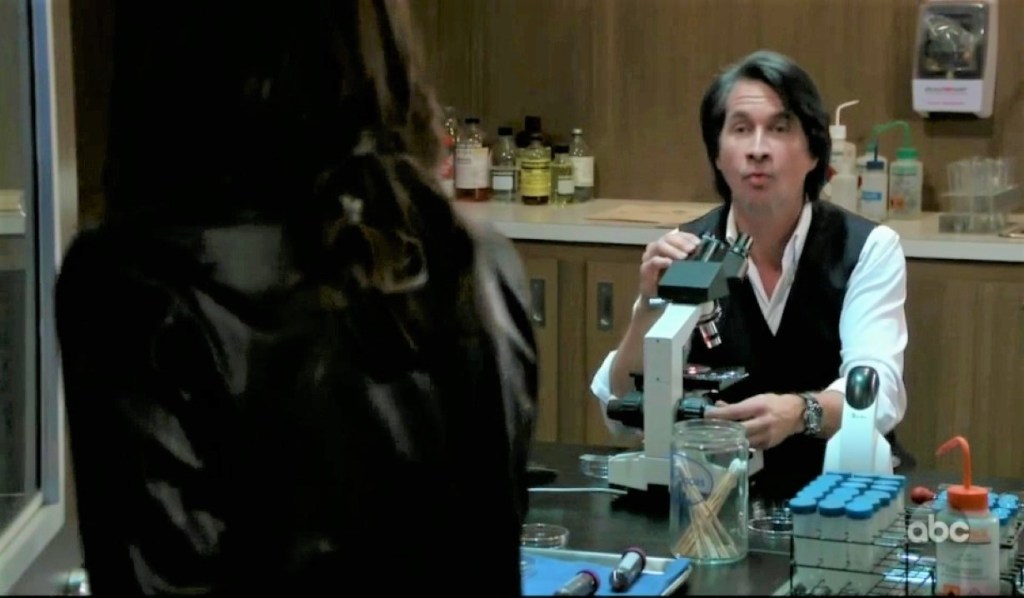 Anna shows up at the lab to see Finn. He’s been analyzing the vial of the antidote but hasn’t had much luck. Peter sends her a text threatening Chase, so she takes off. Liz drops by next. Finn admits he doesn’t know what will happen to Chase. He tells her how awkward things are with Anna and she admits she’s avoiding Jason. She’s still not sure if he killed Franco. He remembers Anna telling him that Peter killed him and says that if Jason is innocent, the real killer will be found.

Finn heads down the hall to visit Chase and they talk about toxins. The doctor says he’s doing all he can, but this is a difficult case. After he leaves, Willow asks Chase to trust Finn. He just needs her… now that they’re married. She tells him they’re not married. He begins convulsing. 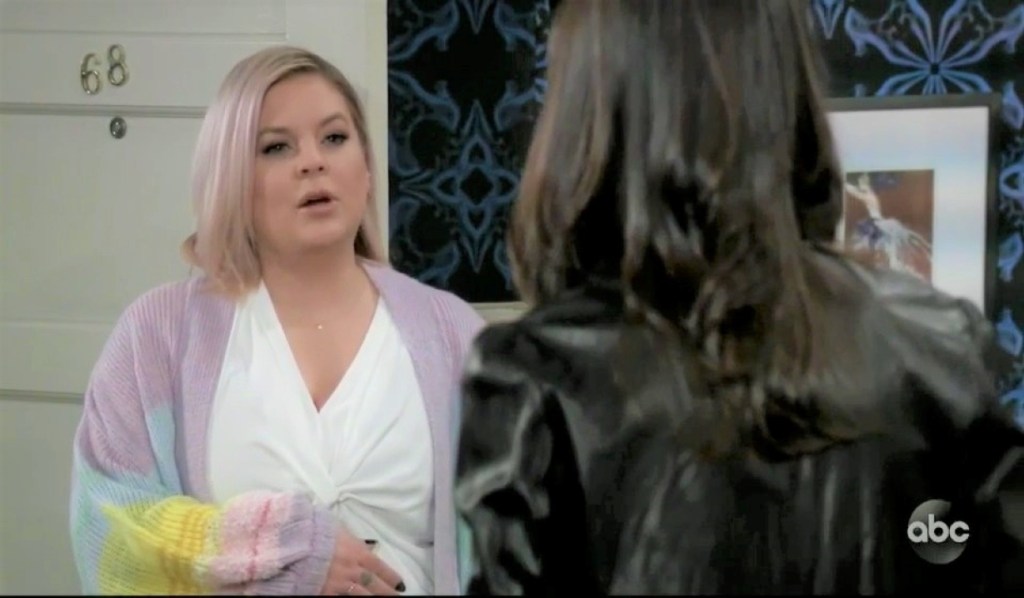 Anna shows up at Maxie’s. She’s not welcome, even less so when she asks Maxie to accept a visit from Peter. Maxie refuses but her godmother pleads that this is to save someone. Anna explains that Peter tried to poison Finn but got Chase instead. Immediately, Maxie contacts Peter and invites him over. He arrives in moments with a bouquet. As Maxie puts the flowers in the kitchen, Anna orders Peter to save Chase. 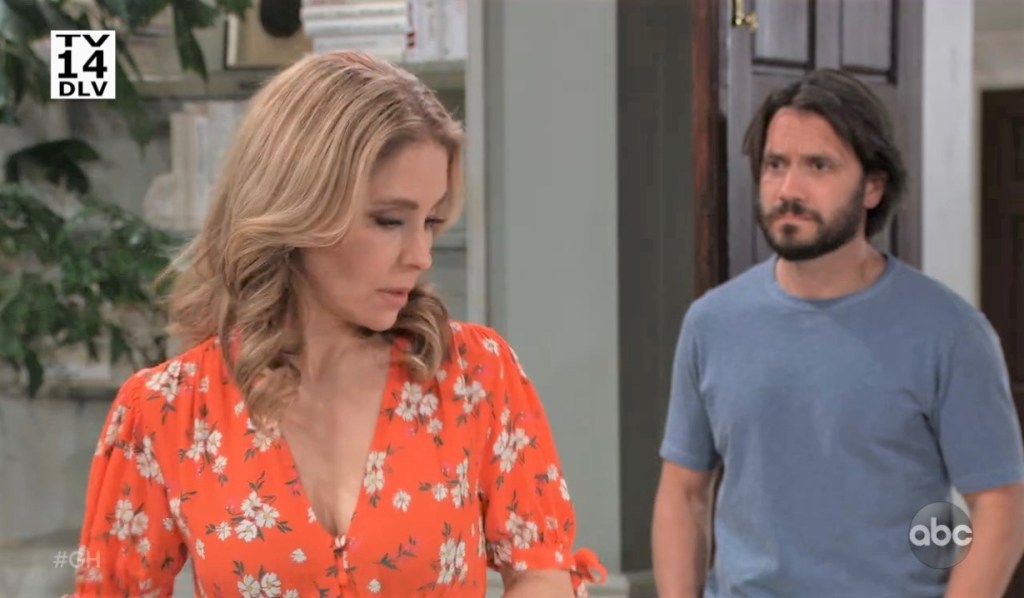 Dante drops by the Quartermaine’s to see his mom and thanks her for all she’s done. Olivia is worried about Maxie. Liv thinks she’s a lost soul and he could help her.

Meanwhile, Brook Lynn calls Tracy and asks if there is a black market for babies in Amsterdam that she can buy. Tracy hangs up so she tries calling Lord Larry. As she bellows that she needs his help, Olivia and Dante burst in. Brook Lynn claims the baby was just kicking her. She complains Valentin won’t give her the ELQ shares until the baby is born. Dante wonders why that’s a problem. Olivia is appalled but Dante defends her and calms them down before departing. The women begin arguing about motherhood and Brook Lynn reminds her that she left Leo with her to keep him from Julian. 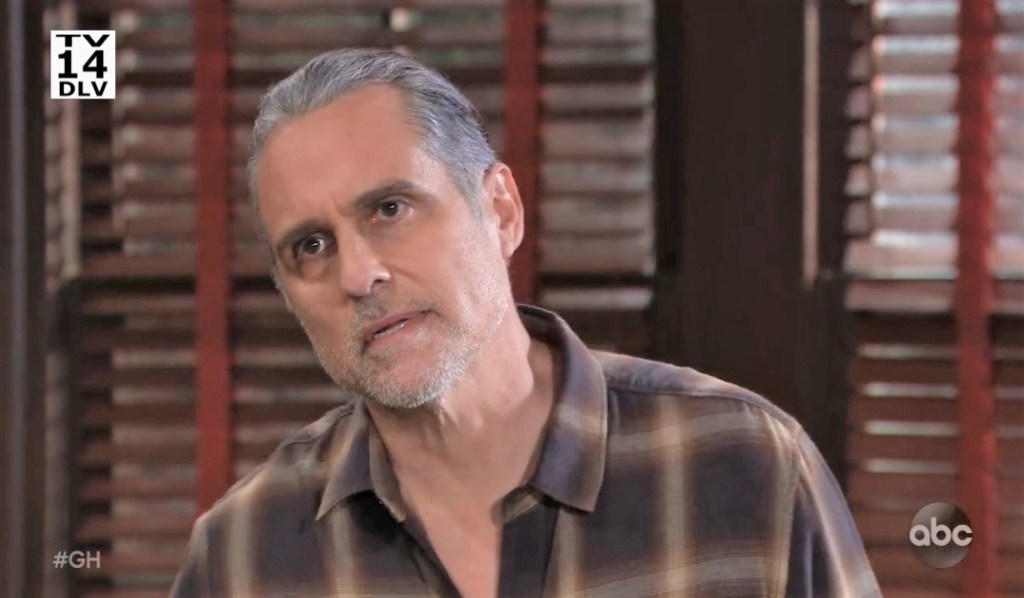 At the Tan-O, Sonny and Lenny talk about the robbery at the dance. They discuss Nina and her feelings for Jax. Lenny compliments Sonny on his dance moves and fighting skills. Sonny wonders why Jax was pointing at him and can’t understand who would commit the robbery. He wonders if it’s related to the people who trashed the pub. Elijah shows up and Sonny confronts him about the robbery. That offends Elijah. After Sonny wanders off, Elijah asks Lenny how well he knows his lodger. Lenny says he’s a good guy but Elijah insists that crime follows “Mike” wherever he goes. 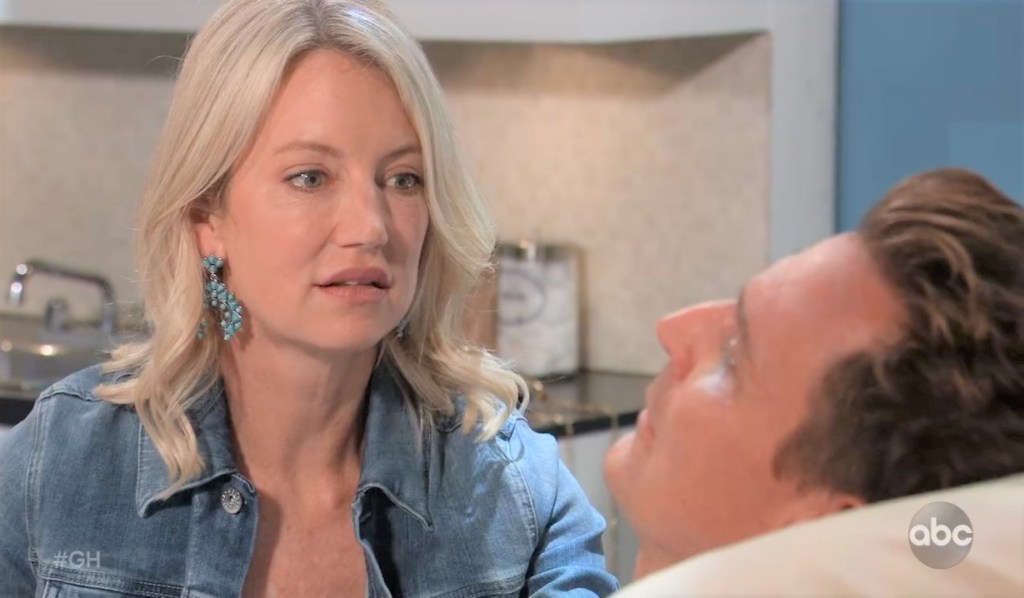 Phyllis finds Nina at Jax’s bedside in the clinic. Nina refuses to leave his side. Phyllis wonders if she is going to take him back. When left alone with unconscious Jax, Nina tells him how much she needs him to be okay. He wakes up and says, “Sonny.” He thought he saw him but that’s impossible. Nina explains that he was shot but will have a full recovery. Jax points out how ironic it is that he was at a shootout in a sleepy town rather than Port Charles. There’s been a lot less crime in the city since Sonny died. A nurse interrupts to check on him. When she leaves, Jax tells Nina about seeing Sonny after he was shot.

Sonny runs into Phyllis in the hallway and asks after Nina and the patient. She suggests they go in and see them.

On the next General Hospital: Carly wonders if Britt can be trusted.

Get your free daily soap-opera fix for General Hospital — and all of the other daytime dramas — delivered straight to your email inbox by signing up for Soaps.com’s newsletter. And don’t miss our gallery of who should play Jeff Webber. 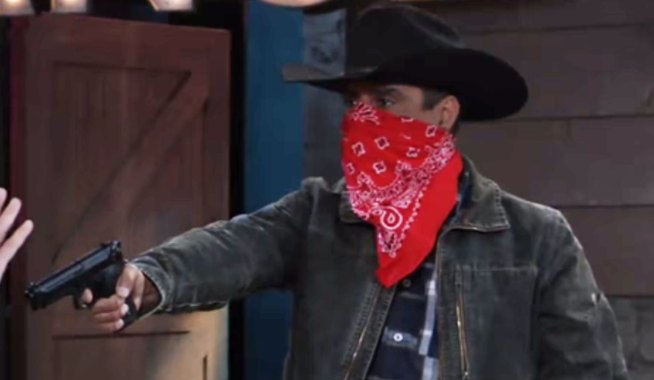 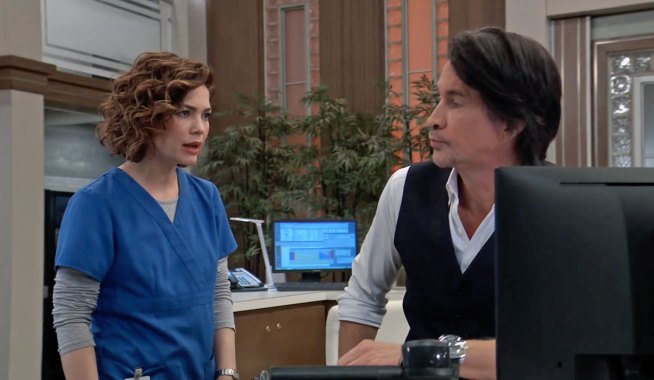