Alexis Receives Her Sentence — and Not Everyone is Relieved

Wednesday, March 31, 2021: Today on General Hospital, Curtis learns that Taggert is living with Jordan, Maxie tells Britt her plan, and Valentin tries to get Gladys to confide in him. 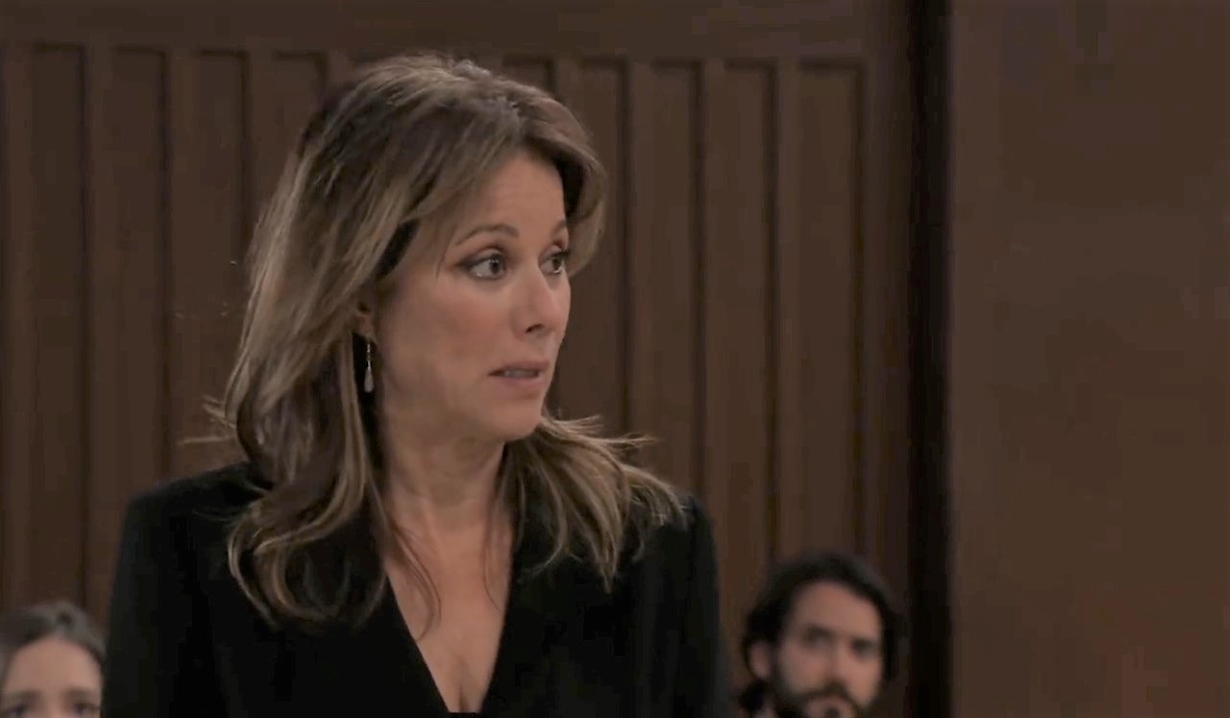 Molly and TJ arrive outside the courtroom. She tells him how worried she is about her mom. He’s reassuring as they head inside. 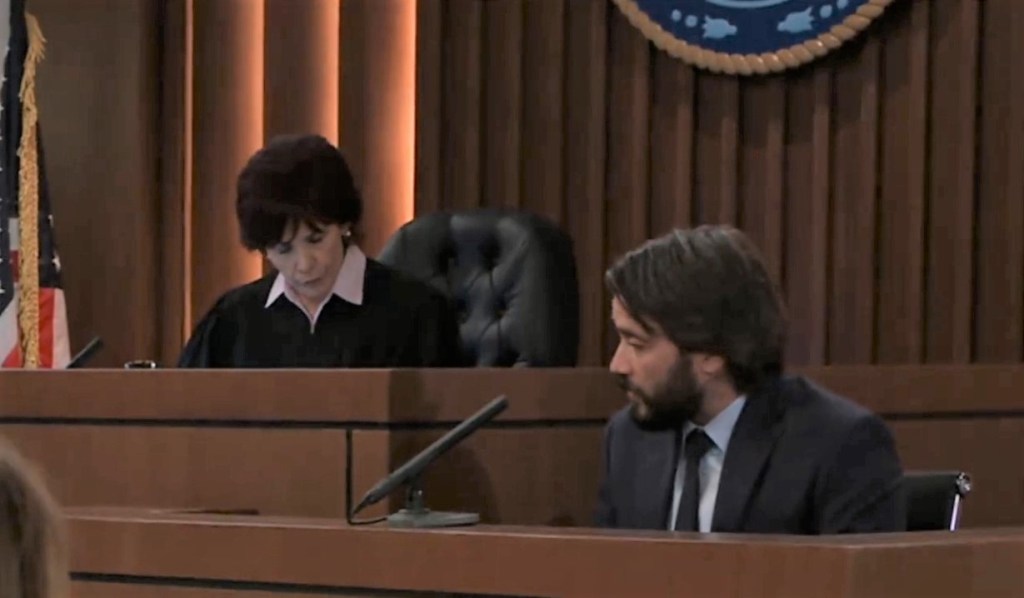 In the courtroom, Alexis pleads guilty. The plea is accepted and the judge calls Dante up to testify. When he gets on the stand, he details the day Alexis assaulted him. He says she wasn’t in her right mind and had impaired judgment. Dante hopes the court will show leniency and he forgives her. After he steps down, Alexis thanks him for his forgiveness. She loves her family and doesn’t want to hurt them anymore. The judge declares a recess to ponder the sentence. Alexis’ kids crowd around her to offer their support. When the judge returns, she dismisses the attempted murder charge but for the assault on Dante, she sentences Alexis to three years in Pentonville. Diane tells her that’s a light sentence. 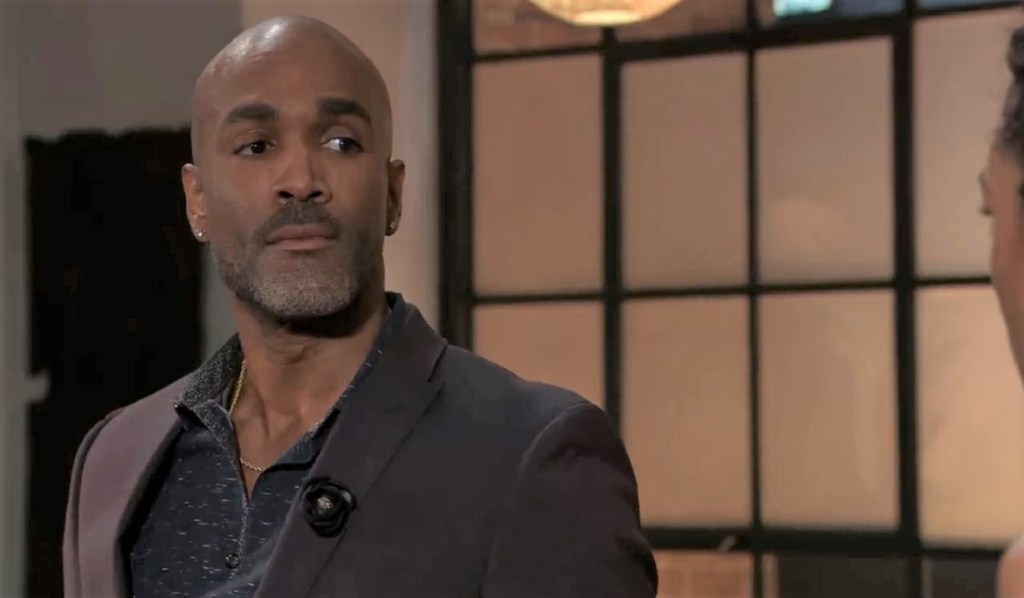 Curtis is surprised when he arrives at Jordan’s and learns that Taggert will be living there for a while. Jordan tells Marcus that Curtis is the one who talked Trina into forgiving him. After Jordan leaves to take a call, Taggert assures Curtis that nothing is going on between him and the commissioner. When she returns, Marcus tries to loop Curtis into helping them take down Cyrus. Curtis makes it clear that’s not his life anymore. Jordan asks Curtis if he needs to talk. He says goodnight instead. 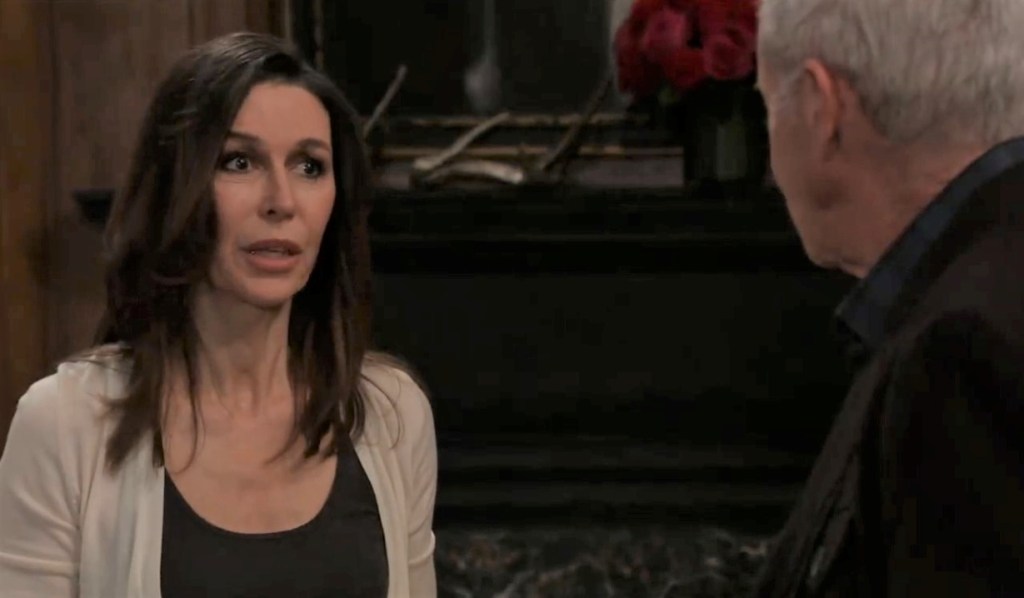 Anna ushers Carly out of the house as their plan to get to Gladys goes into motion. Robert shows up on the doorstep. As soon as Carly is gone, Anna tells Robert that Jason is innocent, and Peter killed Franco. She explains the plan to trap Gladys. He tells her that Maxie is scheming to get rid of Peter herself. As they go over the evidence, they realize that Peter and Cyrus are somehow connected. Anna asks him to get through to Maxie. She’s worried the conflicting plans might only make things worse.

More: The story that could reinvent General Hospital

Peter strides over to Valentin at the Metro Court and tells him that Maxie is giving him another chance. Valentin is sick of hearing him play the victim. Peter insists he will never be arrested and warns Valentin he will regret it if he meddles in his life. 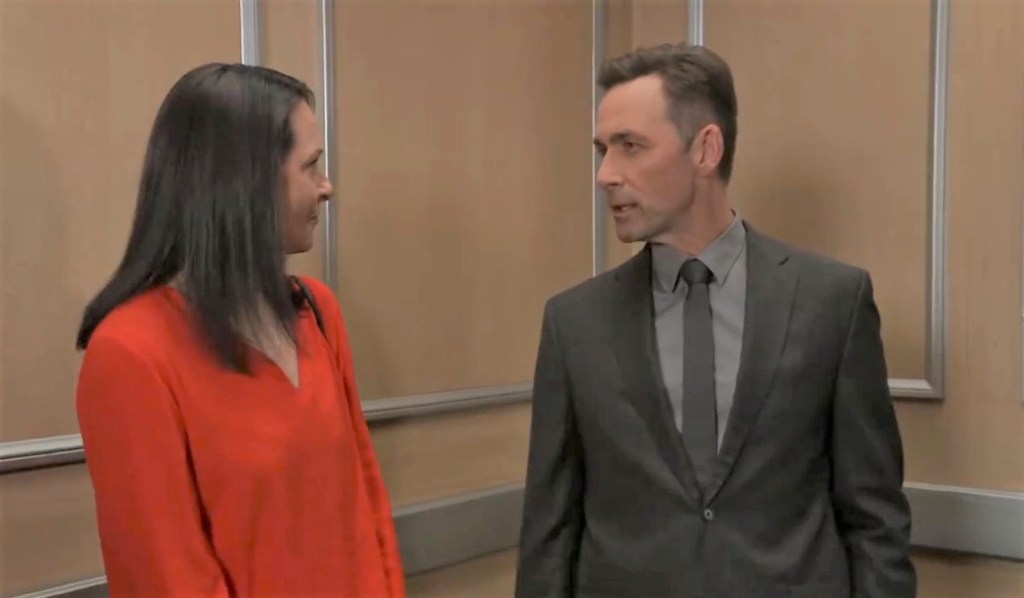 Carly walks in and spots Gladys. She lashes out at her as a greedy bottom-feeder and accuses her of falsely accusing Jason. Valentin gets between them and stands up for Gladys. Carly orders them out and Valentin shows Gladys to the elevator. When they get in, he introduces himself and asks her for a drink. 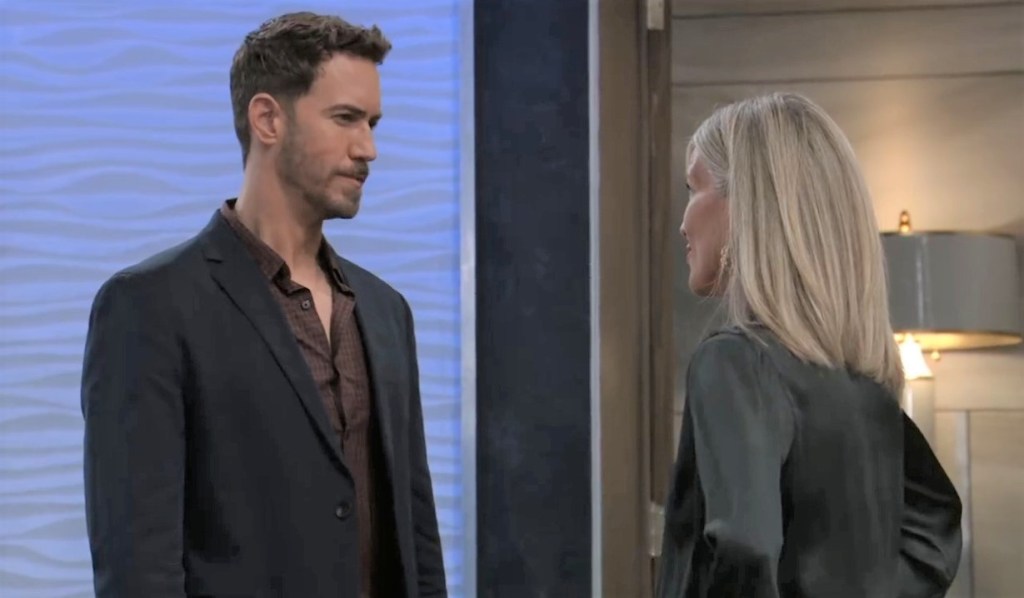 Carly and Peter bicker in the dining room about the way he’s been covering Jason’s case. She threatens to get advertisers to drop him and not renew his lease. He warns that she is in volatile waters and won’t be able to protect her family.

More: A second look at a bananas story

Valentin takes Gladys to a classy restaurant and they vent about Carly. She tells him all about her family and how helpful Cyrus has been. As she gets drunk, she tells him Jason will get what he deserves. 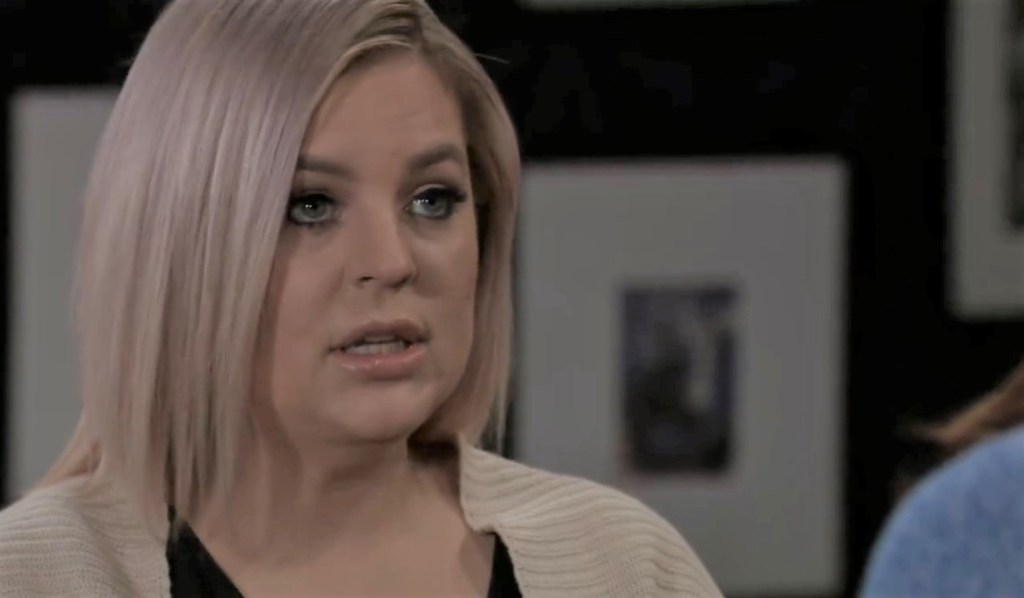 Britt drops by Maxie’s. The blonde is worried about what Peter is up to. The doctor wants to know what steps she’s taking to protect herself. Maxie has a plan to protect her child and needs Peter to believe the baby is stillborn. This sounds like a repeat of the Nelle story to Britt. Maxie wants her to help fake the stillbirth, but Britt doesn’t see how they can fool August and her family. Once Peter is in prison, Maxie is sure everything will be okay. Britt is a lot more skeptical and worries she’ll be sucked into being a grieving partner.

On the next General Hospital: Jax regrets his choices.

Get your free daily soap-opera fix for General Hospital — and all of the other daytime dramas — delivered straight to your email inbox by signing up for Soaps.com’s newsletter. And don’t miss our below April Fool’s Day photo gallery — a rundown of the most lame-brained things our favorite characters have done. And that’s just recently!

Carly Teams Up With [SPOILER] in...