Elizabeth Loses It When Peter Takes Responsibility for Franco’s Death

Monday, March 29, 2021: Today on General Hospital, Cyrus shows Laura a different side of Martin, Jason has a plan for Carly, and Marcus changes his plea. 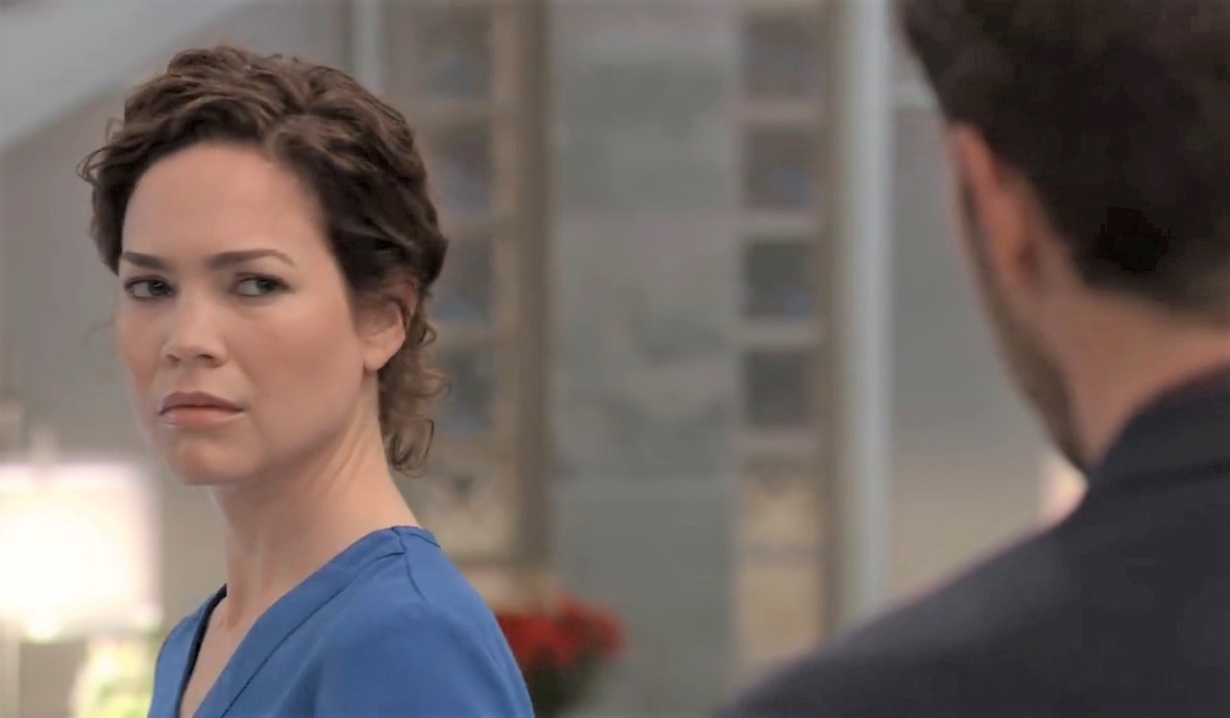 Joss, Trina and Portia arrive at the courthouse. Trina is eager to see her father before he’s sentenced. It’s a closed hearing. Jordan arrives and Trina asks if Taggert has changed his plea. The commissioner explains the situation with Cyrus had changed. He’s not the threat he once was. When a guard brings Taggert in, Portia steps in their way to hug him and asks him to change his plea if he loves her. 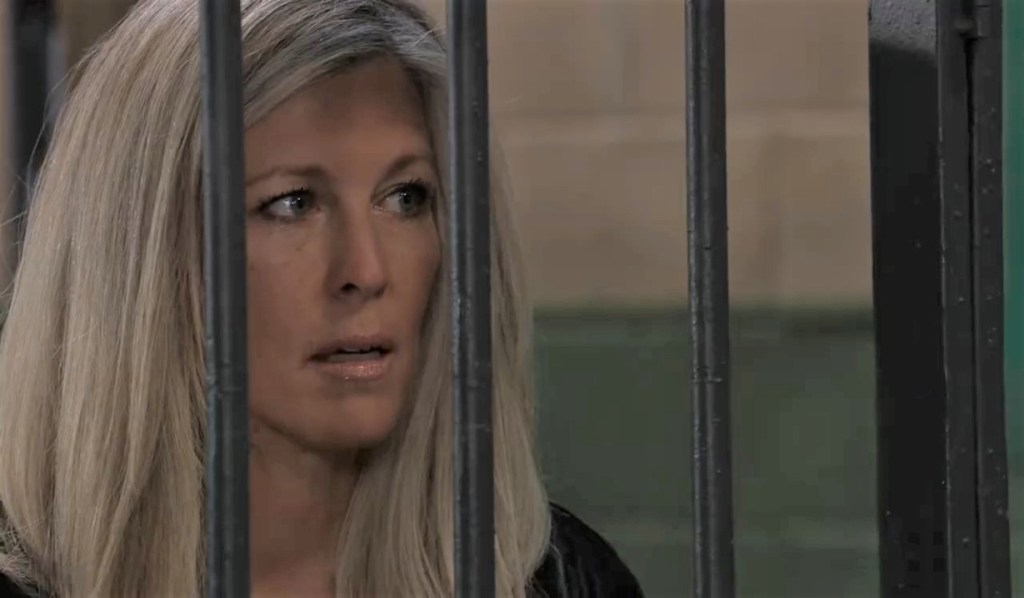 Carly visits Jason in the cells and tells him she just had a chat with Cyrus. They go over the evidence against him. She explains that Gladys is the witness against him and can be bought. This doesn’t make any sense to him. Gladys is the last person who makes sense as a fake witness. She must have really been there and seen Peter. Carly thinks they need to take Cyrus’ deal, but Jason only thinks that will make things worse. They can’t give up Florence. He tells her she doesn’t have to take on Cyrus alone. 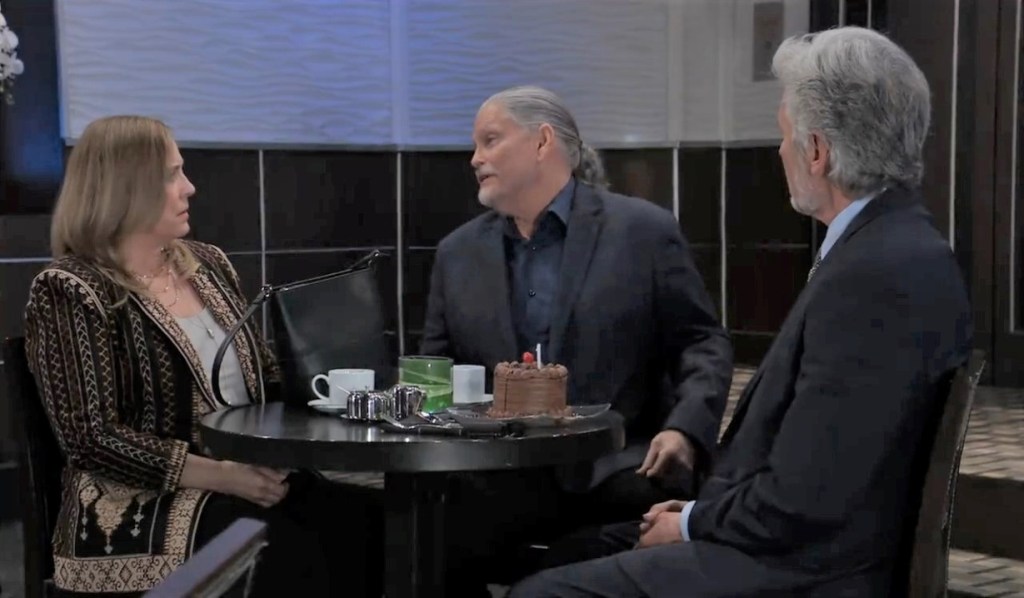 Laura rolls her eyes as Cyrus invites himself to join her and Martin at a table in the Metro Court. Cyrus soon starts worrying about his mother. Martin insists she’s fine. Cyrus wonders if he’s keeping something from him and guesses he knows where she is. Martin doesn’t but he saw her a month ago. He says he’s only kept silent because he wants what’s best for his mother. Cyrus points out that his brother is no angel and explains that the lawyer helped Julian escape after bombing the Floating Rib. He also called Cyrus to tell him about it because he expected him to go after Julian before Sonny could find him. Cyrus tells Laura that there’s darkness in each of them; he’s just more honest about it. After he walks off, Martin asks Laura not to let his brother poison things between them. She says he hasn’t, but they need to take more time to get to know each other. As she leaves, she withdraws her Easter invitation.

When Cyrus drops by the cells to see Jason, Morgan informs him that Carly is not taking his deal. 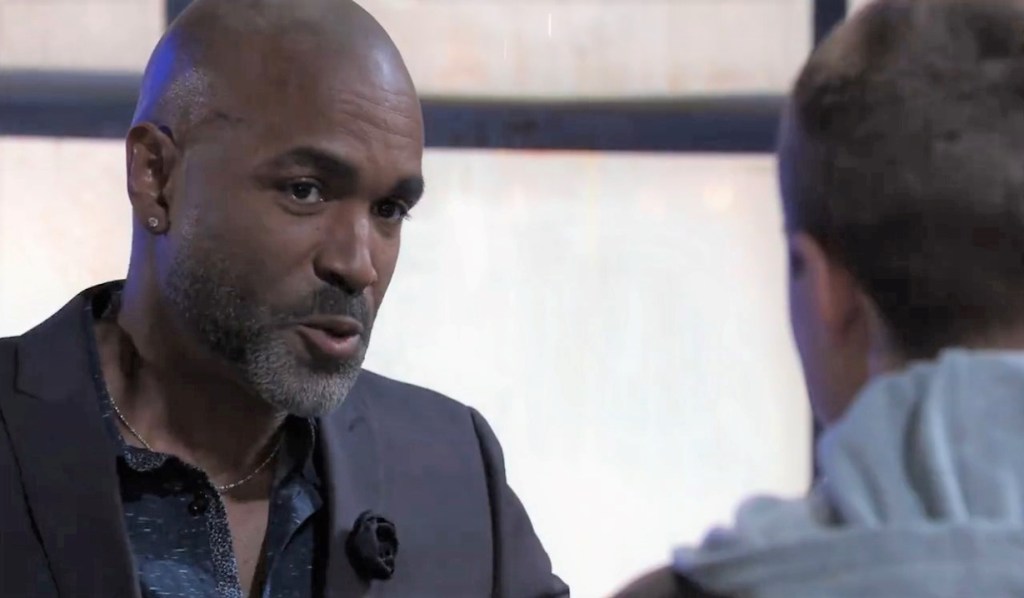 Cameron shows up at the club where Curtis and TJ are moving tables. He asks Curtis about his social media plans for the club. They talk about how upset he was the last time he was there and how much Curtis helped him out. Curtis reminds him it’s Taggert’s day in course, so Cam jogs off. Alone, Curtis asks TJ what’s eating him. TJ asks if he and Jordan are getting a divorce. Curtis says they are separated and he’s making changes in his life. TJ wonders if his future includes his mom. 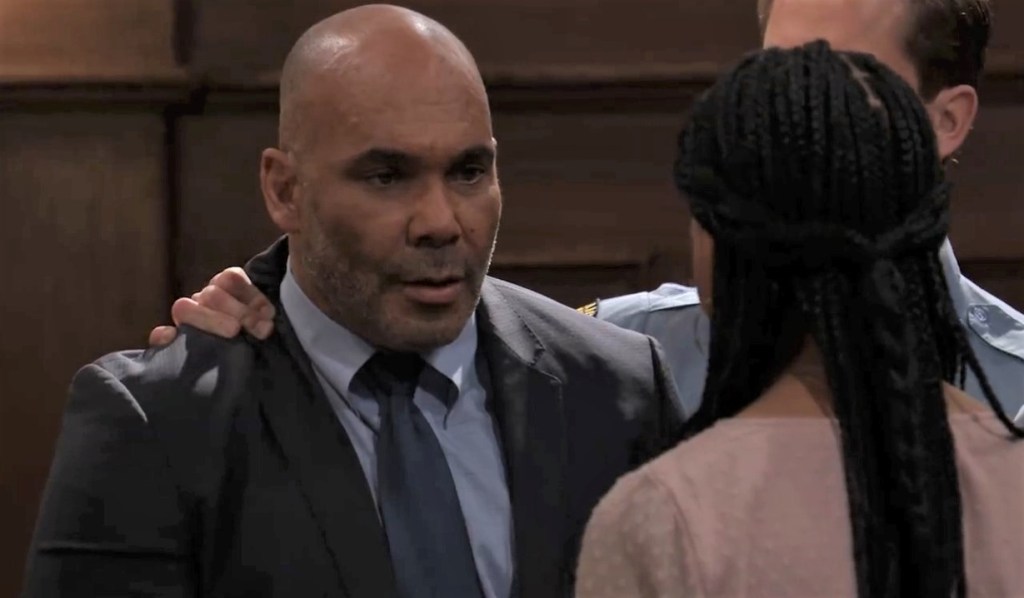 In the courtroom, when the hearing gets underway, Taggert announces that he has changed his plea to not guilty. The prosecutor objects and the judge takes her into his chambers to talk this over. When Trina enters during the recess, her father explains she convinced him to change his plea. The hearing recommences and Trina walks out, finding that Cam has joined Joss to give her support. The judge returns and accepts the change in plea. The prosecution says that Taggert is a flight risk, so Jordan gets up to speak. Marcus gets bail but must wear an ankle monitor and stay with Jordan. 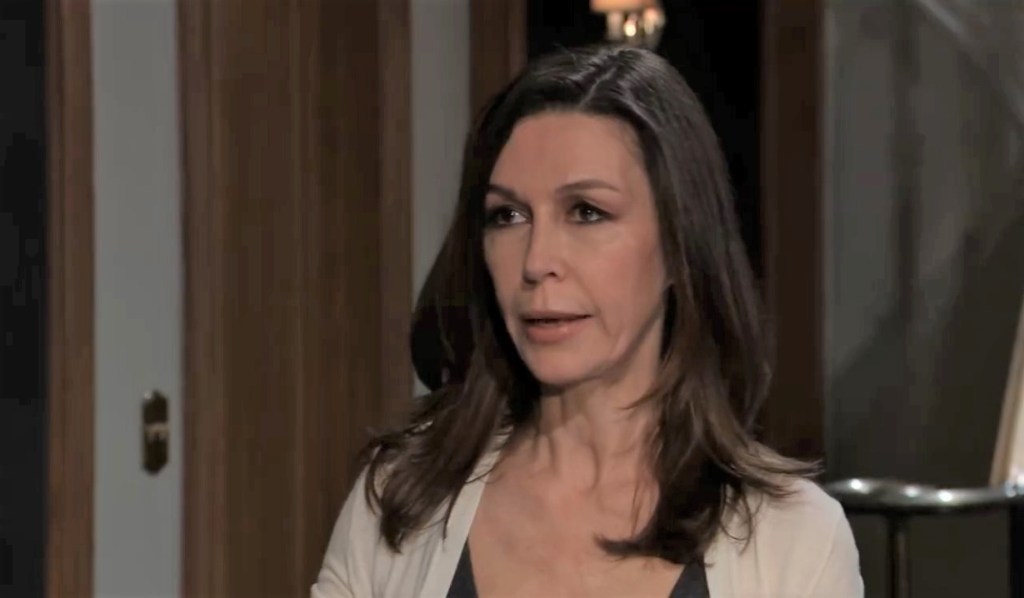 Obrecht shows up at Anna’s, unhappy to have been summoned. She’s unhappy to hear that Dante attacked Peter but didn’t manage to kill him. Anna wonders why she isn’t more surprised about this news and assumes it has something to do with her relationship with dead Dr. Kirk. Liesl doesn’t see how. Anna quizzes her about her relationship with the doctor but Obrecht insists she didn’t seduce the ‘schwein’ and now he’s dead. Devane points out that if Dante is being triggered again, Kirk must have had a partner. She announces that Peter murdering Franco finally convinced her that he can’t be saved. Obrecht gets upset and wishes she’d have warned Franco that Peter was after him. Anna insists that Peter be punished by the law, not murdered. “You can’t always get what you want,” Liesl says. Once she exits, Carly shows up and tells Anna they need to talk about Peter.

At General Hospital, Peter shows up to tell Liz he wants to take responsibility for Franco’s death. As he starts making excuses for everything he’s done, and tries to put all the blame on Liesl, Finn gets between them. Peter insists he’s an innocent man being persecuted. Finn has to hold Liz back. Finn tells August that he will get what’s coming to him and it will be a glorious day. He bickers with them until the nurse threatens to call security. Finn feels bad for not letting her hit Peter. 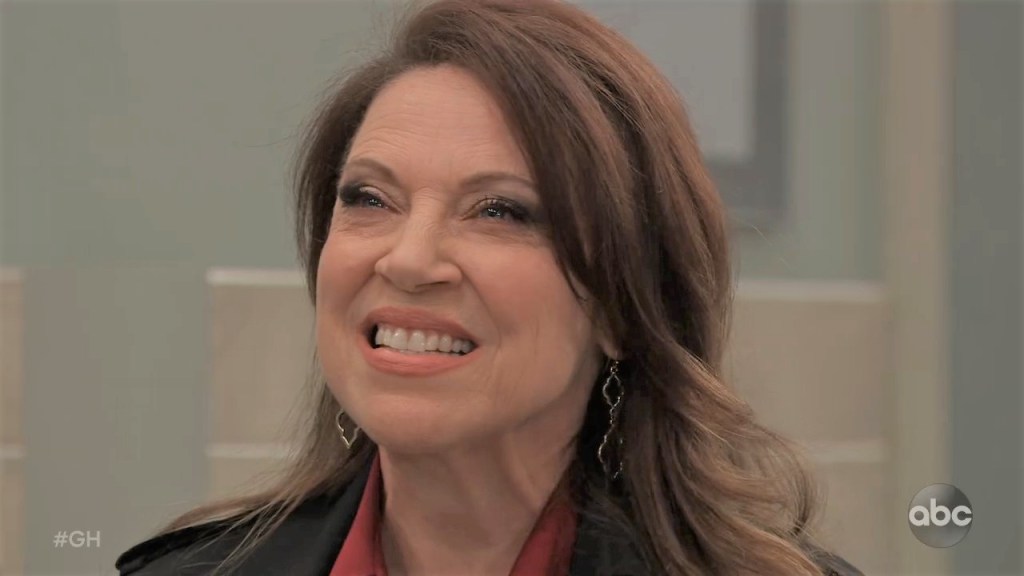 Peter wanders the halls and bumps into Liesl. He smugly rubs the lack of evidence against him in her face and says she will never see Maxie’s kids. She warns that justice is coming for him.

On the next General Hospital: Maxie confides in Britt.

Cyrus and Carly Come to a Mutual...

Carly Teams Up With [SPOILER] in...