Cam Has an Extremely Emotional Encounter at the Cemetery

Tuesday, March 16, 2021: Today on General Hospital, Alexis makes a choice about her future, Michael learns Brook Lynn is pregnant, and Peter refuses to accept he and Maxie are over. 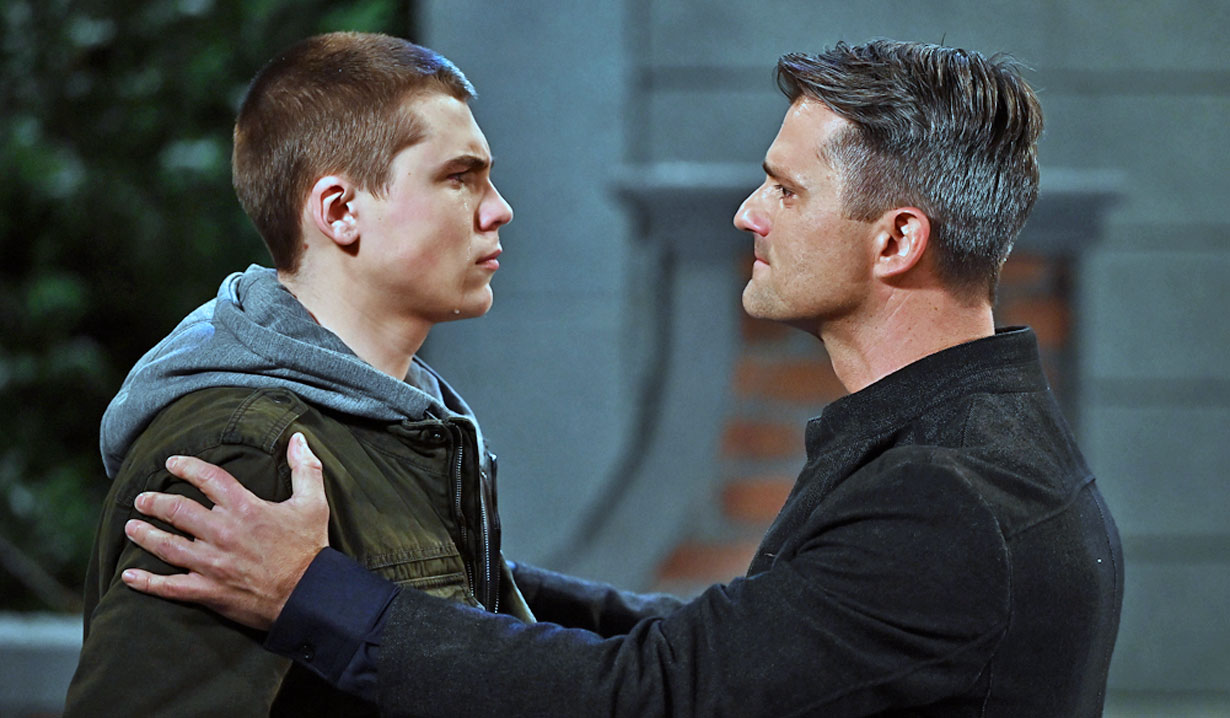 Sam arrives along with Molly and Kristina at their mother’s after she texted them all to come over. Alexis informs them that she’s decided to plead guilty at her next assault hearing, because if she doesn’t face what she did then she’ll never get better. Valentin shows up at the door, and Alexis tells her daughters that she asked him to come too. Alexis wants to hear Molly’s legal advice on her decision. Molly believes if she pleads guilty that she’ll be sent to Pentonville. Alexis asks Valentin his opinion. He thinks she’s a fighter and if she wants to take responsibility for her actions then she should plead guilty. 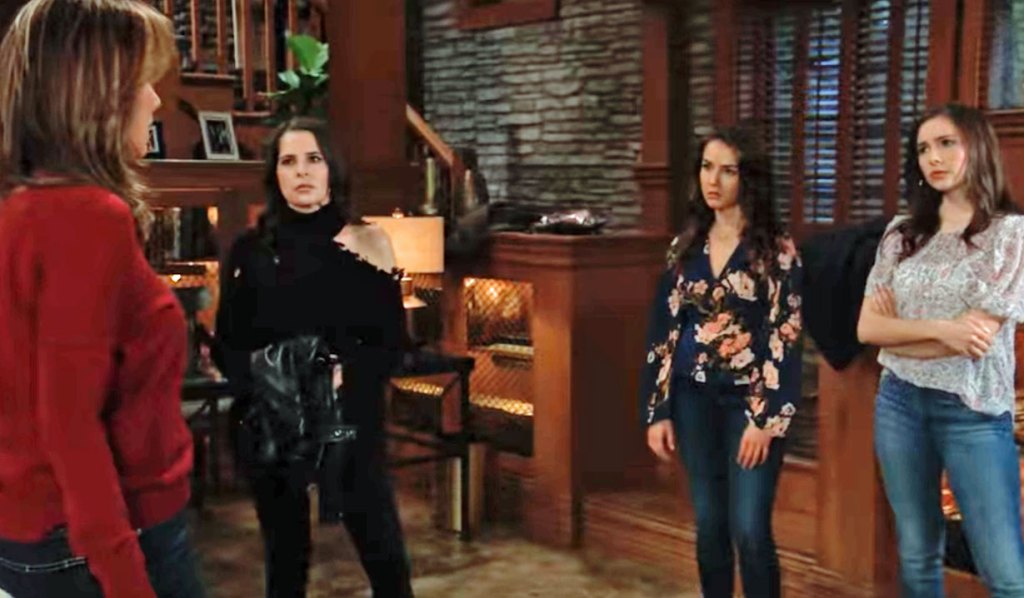 Molly and Kristina worry that Alexis going to prison won’t stop her impulses to drink and if she wants to quit then she needs to go to rehab. Alexis cries that she is tired of running and needs to confront what she’s done because it is the only way she’ll survive. Sam worries that her mother will not have the support system she needs in prison. The girls eventually tell their mom that they will support whatever she decides. They leave, and Alexis asks Valentin to stick around. 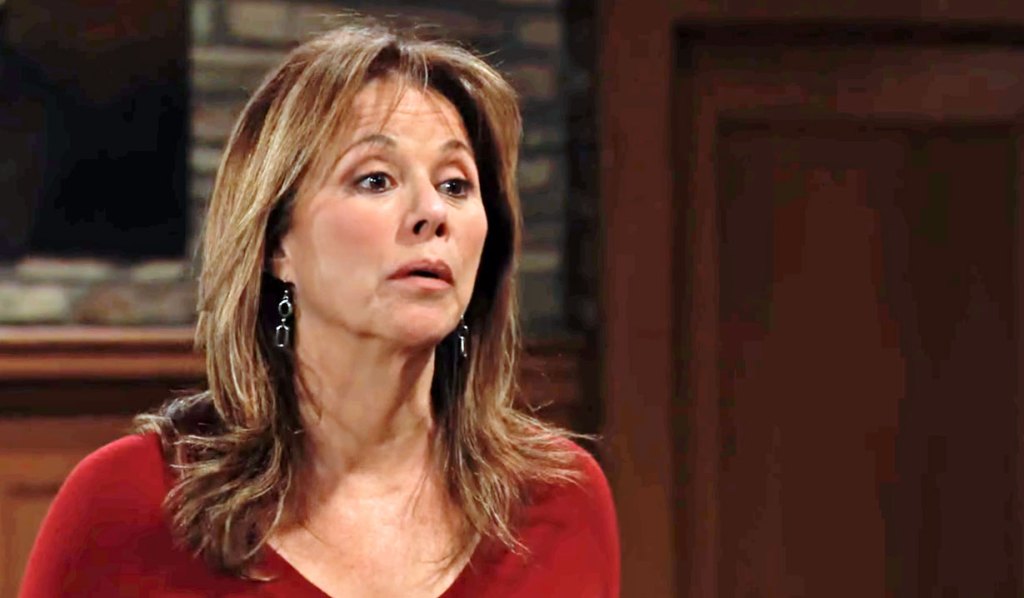 Trina and Joss are at Kelly’s and worried about Cam. Joss ponders how they can help Cam get closure, and she decides they need to stop by the 24-hour store and get some flowers.

Cam visits the cemetery and reflects back on all the people he’s lost over the past year. He looks at his father’s grave and rants about how he finally had a complete family only for it to be taken away. He wonders if Zander stuck around to be his dad instead of getting shot if his life would have turned out differently. Suddenly, Zander appears and tells Cam, “I get it, it’s all my fault.” He can only imagine what his mom has told Cam about him. Cam says she hardly ever mentions him, and he read about his decision to commit suicide by cop online. Zander thinks he can still teach him something, but Cam says he had the chance to be his dad and blew it. 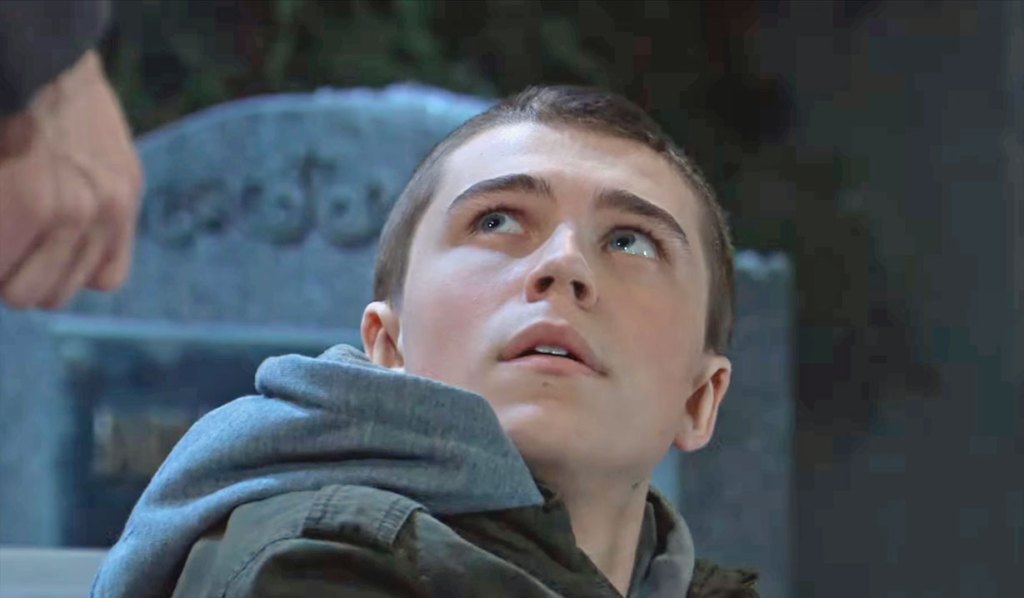 Zander tells Cam that he’ll always be his dad, and he should learn from his mistakes. He knows Cam is angry and feeling hopeless, and maybe he believes these feelings will never end, but he can’t give in to that thinking. He has so much potential and doesn’t want to see his son give in to the same impulses that he did. Zander advises his son that he’s currently at a fork in the road and will have to make a choice. 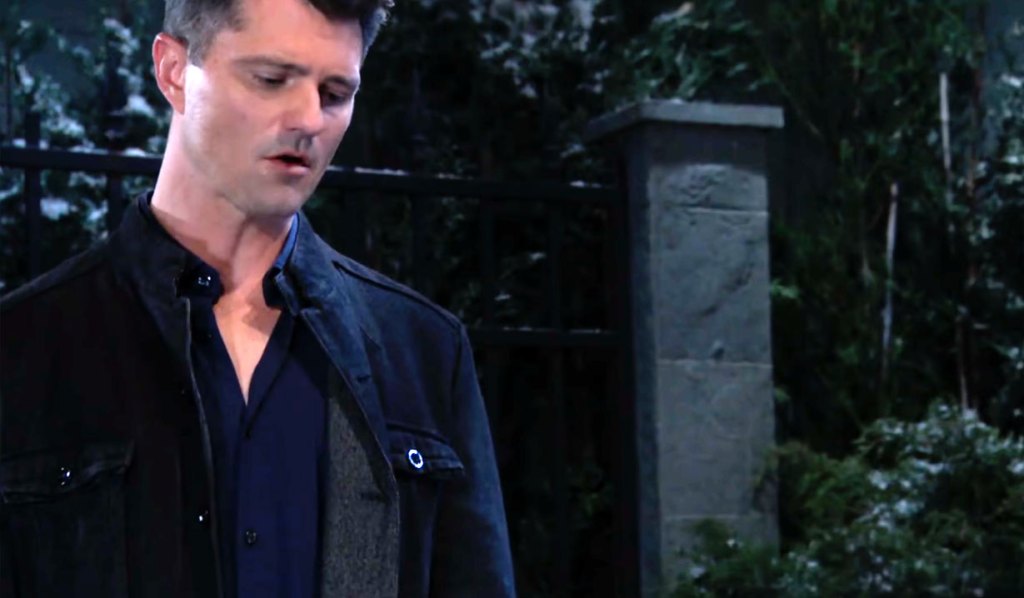 Joss and Trina arrive and find Cam at his father’s grave. Zander’s ghost disappears, and Cam sees the girls both have flowers. Joss says they are for Dev and Sonny’s graves. After they place the flowers, Joss reminds him that he’s not the only one who has lost someone and asks him to let them help him. Cam looks over and sees Zander looking back at him and says he’s a loser just like his father. Trina claims she and Joss don’t hang out with losers, and he is lucky to have them as his friends. They depart together.

At General Hospital, Sasha stops by Brando’s room after learning he’s checking himself out early against his doctor’s advice. A shirtless Brando puts on and buttons his shirt, and Sasha teases him that he missed a button and goes to correct it. They come close to kissing when Cyrus interrupts. Cyrus is glad to see Brando is doing well and reminds him that job he has to do for him is still waiting for him. Suddenly, Gladys rushes in and hugs Brando and is relieved that he is all right. Sasha decides to give them time alone, and Cyrus follows her out. 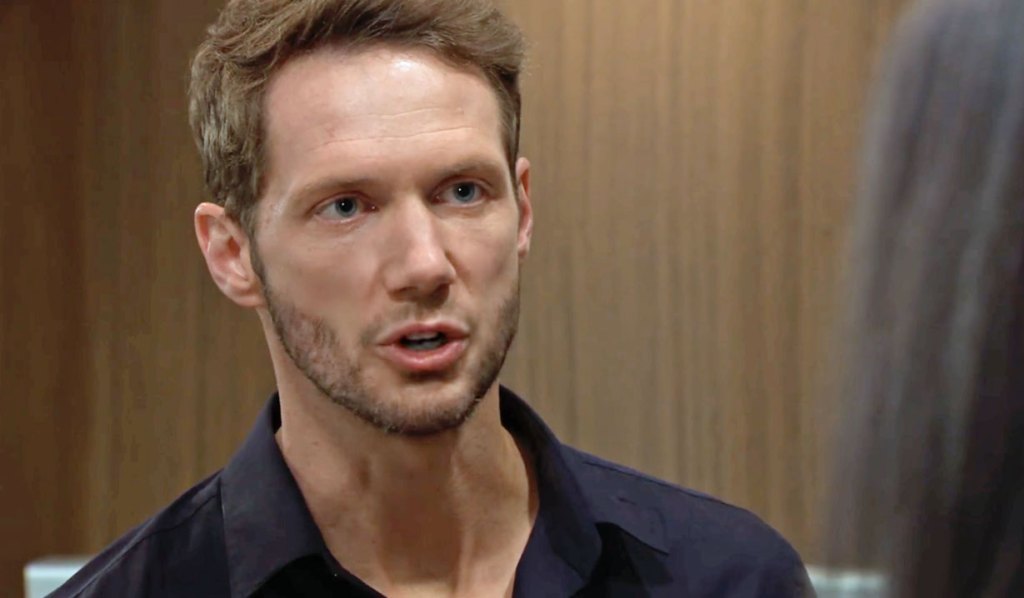 Alone, Brando asks his mom why she’s there and what is in it for her. She is shocked that he would think she has ulterior motives. Gladys informs her son that she’s sticking around Port Charles until she knows he’s okay.

In the hall, Sasha tells Cyrus that she appreciates him looking out for Brando, as it makes him almost human. Gladys interrupts and tells Sasha that Brando wants to see her. After she goes into his room, Gladys says hello to Cyrus and reminds him how she is looking out for his best interests as well as her son’s. 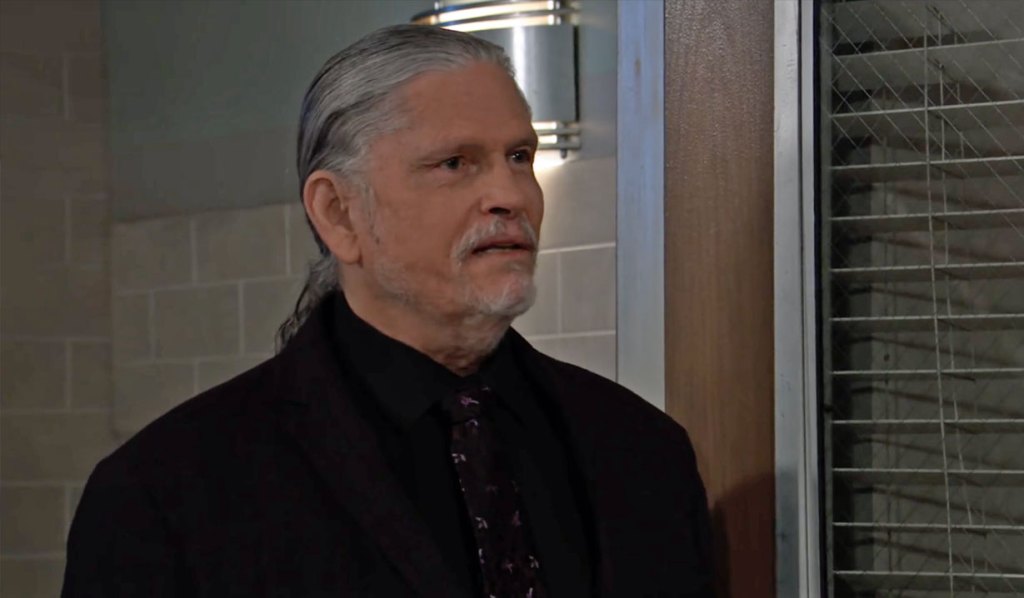 Sasha enters Brando’s room, and he informs her that his mother is insisting on taking him home. He advises her not to trust his mother or Cyrus.

At the Quartermaine mansion, Michael is surprised to find Brook Lynn back and sneaking through the side door. He’s also surprised to see she is pregnant. He asks who the father is, but she dodges the question. Michael fills her in on everything she’s missed before again asking her about the father of her baby, which she tells him is none of his business. He reminds her that she confessed to sleeping with Valentin before leaving town, so he knows he’s the father. She admits he is, but she doesn’t know if she’s even going to tell him. Michael points out he’ll figure it out by doing the math, and warns her that she’s playing a dangerous game. 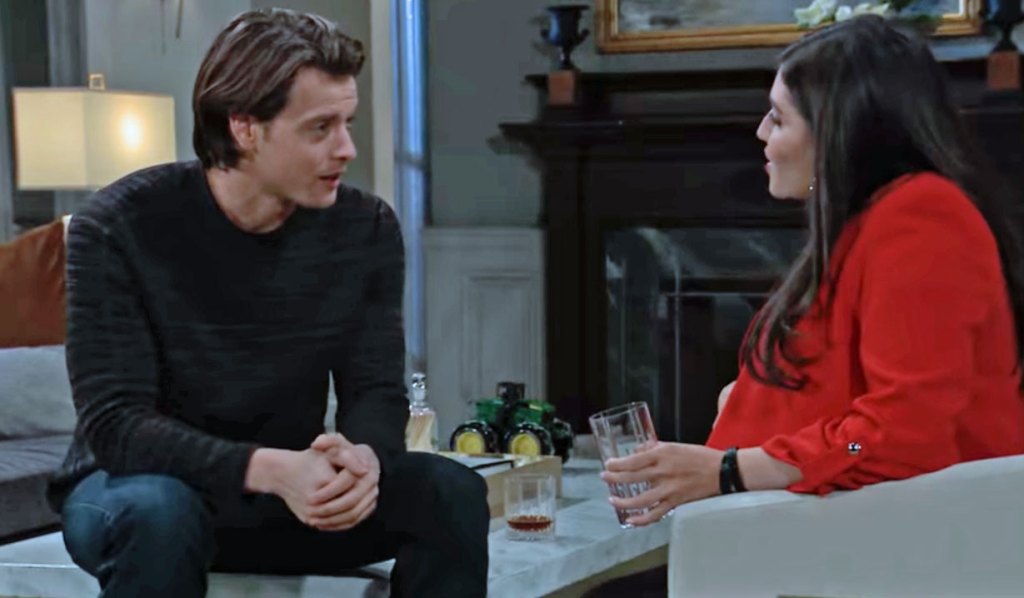 At Maxie’s, Peter locks the door behind him and says one can’t be too safe after what happened to poor Franco, and promises that she and the baby will always be safe with him around. Maxie orders him to put his key to her home on the table and then leave. He tells her this is their home, and wedding or not they are joined forever. Maxie informs Peter that they are over, but Peter won’t accept that. He suggests couples counseling, but she scoffs that won’t change the fact that he killed Drew Cain. Peter claims those are lies being spread by Anna, Valentin, and Obrecht and there is no proof. 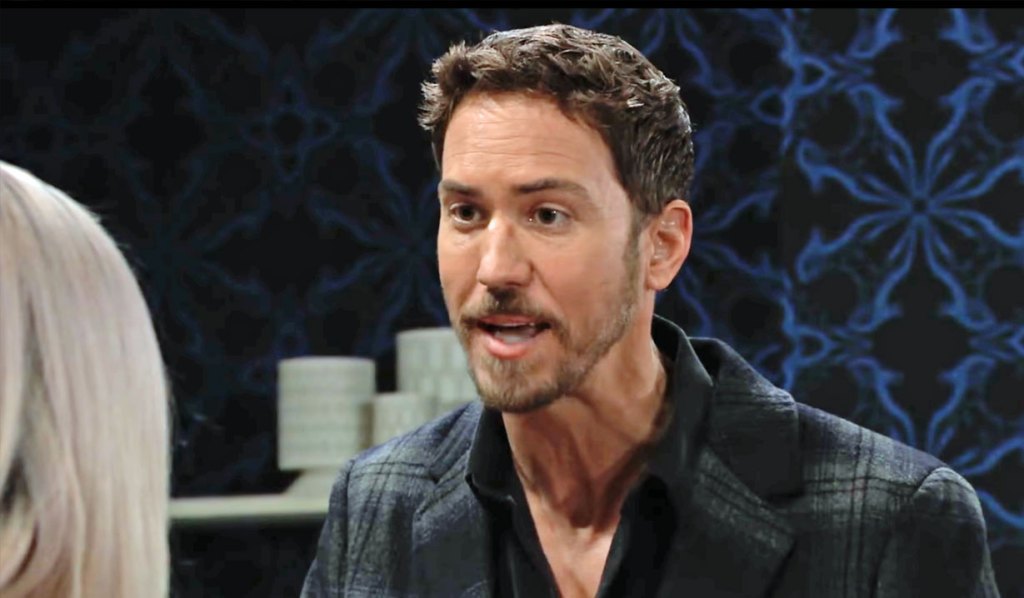 Maxie informs Peter not only will he have no part in her life, but he won’t have a part in this baby’s life either. Peter asks if she’d really deprive their daughter of her father’s love, and is sure that in time she will see through the lies everyone is telling about him and see that they are meant to be. Maxie plays along and tells him that maybe he is right, and she needs time to figure out where they go from here. Peter wants her to take all the time she needs but decides to hold onto the house key for the meantime as he wouldn’t be able to live with himself if something happened to her, James or the baby. Peter finally leaves, and Maxie locks the door behind him. She promises her baby that she will never share her. 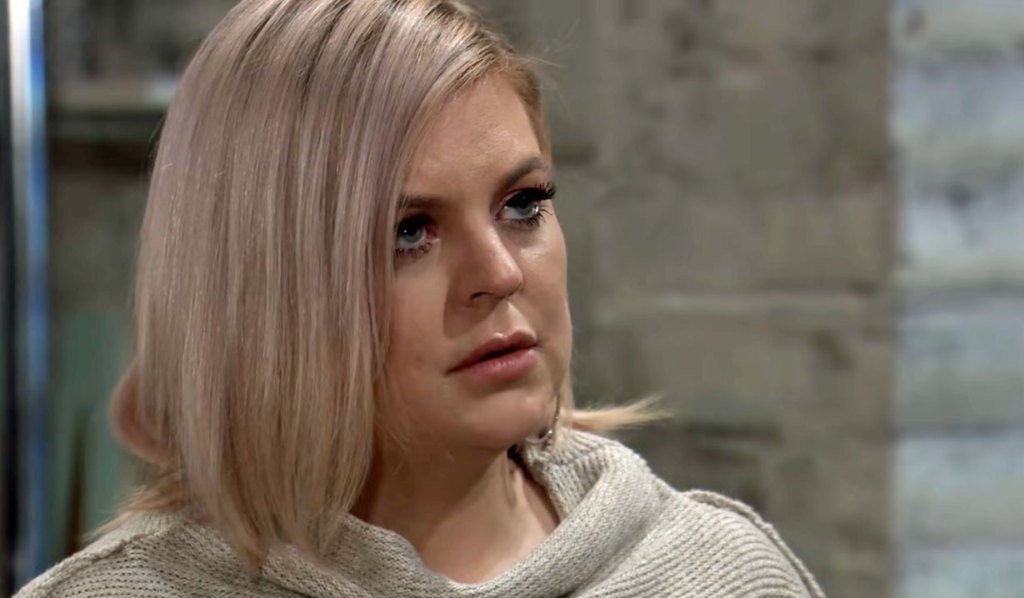 On the next General Hospital: Peter asks Valentin why he should trust him, Ava plans a surprise at the gallery, and Liz is determined to make Jason pay.

<p>Franco appeared to be really, most sincerely dead. But Howarth’s <a href="https://soaps.sheknows.com/general-hospital/news/594281/general-hospital-roger-howarth-not-leaving-staying-new-character/" target="_blank">run on <em>General Hospital</em> was anything but over</a>. Who would he wind up playing when he returned? “Tune in tomorrow,” said the show. “Or the next day… or the one after that… ”</p>

<p>When Howarth was reintroduced to the canvas, it was as Austin Gatlin-Holt, the heretofore-unknown son of Quartermaine heir Jimmy Lee and a new love interest for Peter’s traumatized babymama, Maxie Jones. Curiously, no one seemed to notice that the doctor was a dead ringer for Franco.</p> 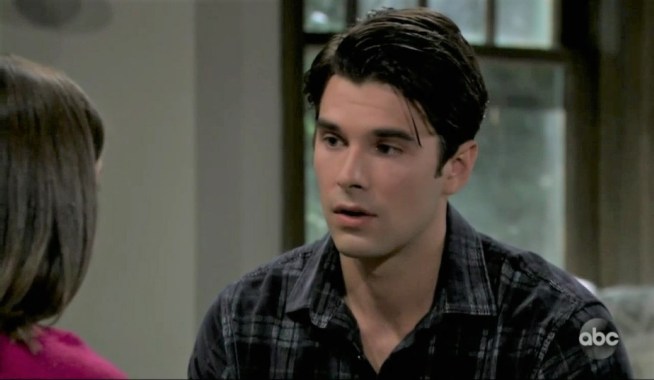 Chase Reacts After Finn Reads the Results of the DNA Test

Franco’s Memorial Begins, as Cyrus and Peter Form a Pact to Protect Themselves 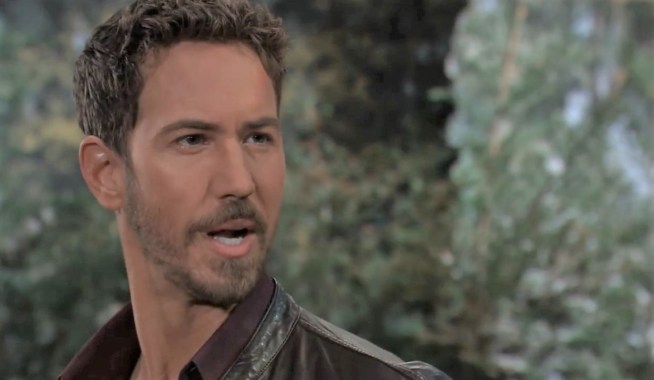