Wednesday, March 10, 2021: Today on General Hospital, Sonny looks for a way to help Phyllis, news of Franco's death spreads, and Jason is brought in for questioning. 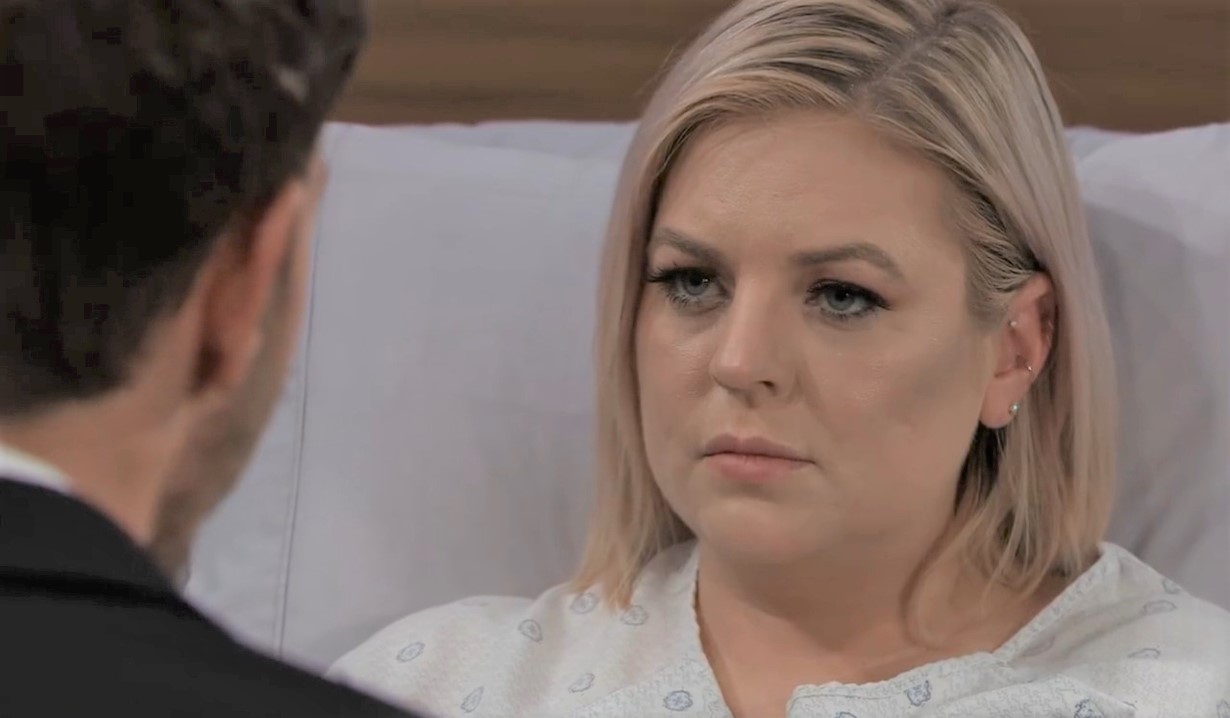 Laura drops by the Corinthos kitchen and tells Carly the hospital board voted against supporting Cyrus’ new pharmaceutical brand. The mayor worries that Cyrus is wounded and dangerous. Laura gets a text and tells Carly Franco has been killed. 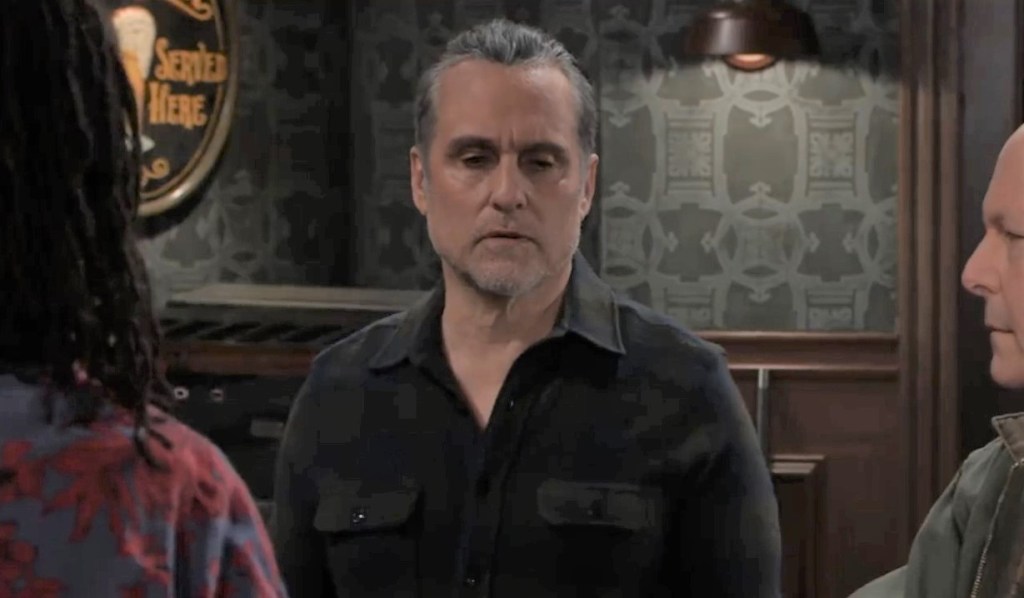 At the Tan-o, Sonny tells Phyllis about all the repairs he’s done. Lenny comes in, talking on the phone to a banker. Sonny offers to let them rent out his room. They turn him down. Phyllis says she knows where to get the money they need. She calls over pawnbroker Mr. Drummond and offers to sell him her wedding china. Lenny won’t allow it and Sonny is sure Mr. Drummond will fleece her. As Drummond leaves, Sonny asks how much he would give him for his rings and hopes it buys him a seat at a card game. 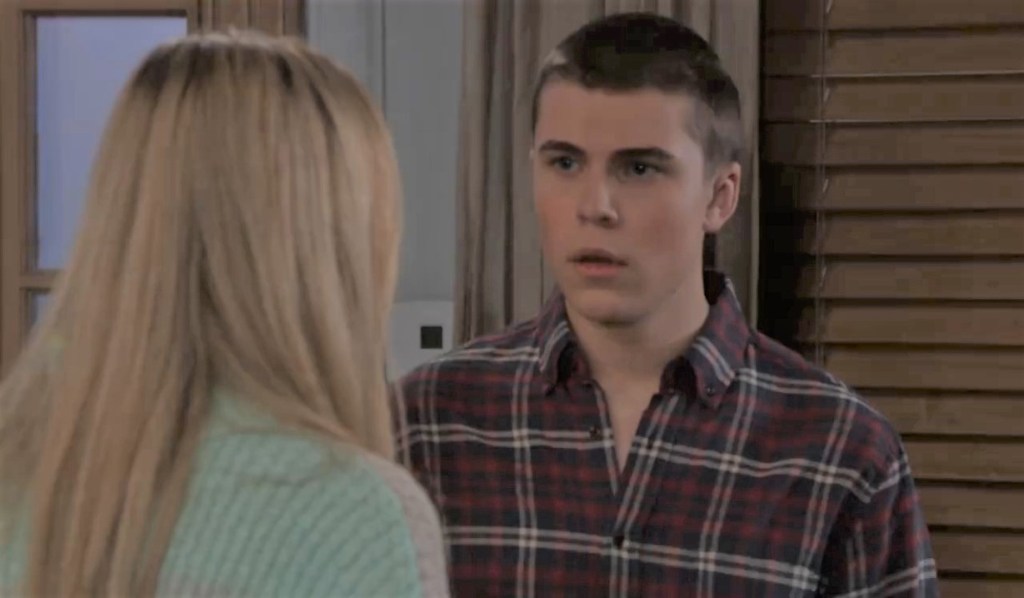 At Liz’s, Scott arrives to check-in. Cam asks if something is wrong and wonders why his mom isn’t back. Joss shows up and throws her arms around Cam. She worried something had happened to him. Scott wanders off and Cam tells Joss everything has gone wrong. He explains that Franco decided to check himself into Shadybrooke. He tries calling Franco but has no luck. Mac calls Scott and asks him down to the station immediately.

Joss heads home and talks to her mom in the kitchen about Cam and Franco. Eventually, Carly explains Franco is dead. Joss says this is just like losing Sonny. She wonders how her mom handles so much grief. Carly can’t always but having her kids around makes it more bearable.

More: Why is Roger Howarth so excited? 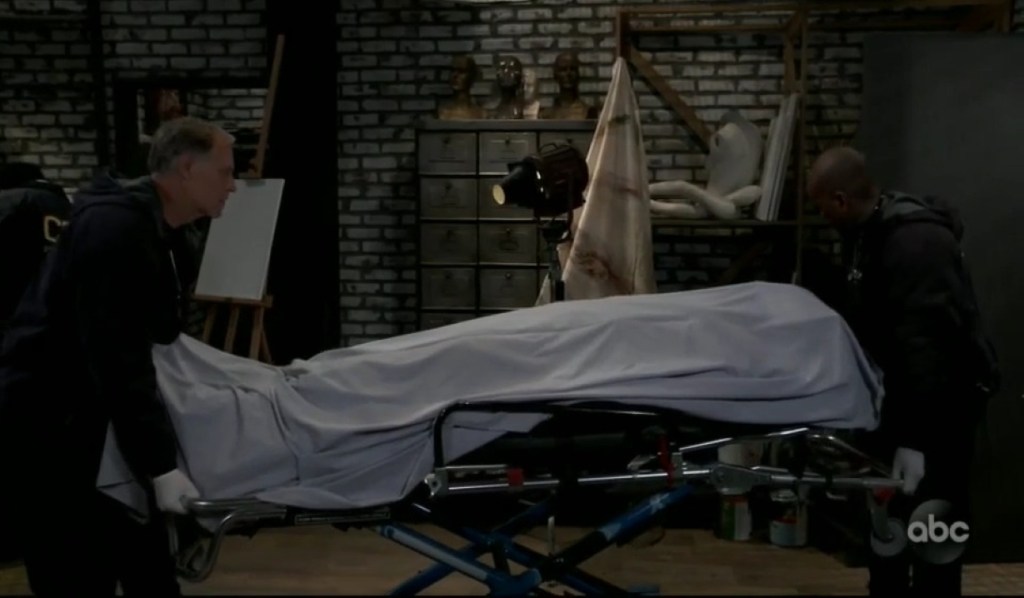 In Franco’s studio, Liz accuses Jason of killing Franco. Jordan calls a cop to take Jason out for questioning. Liz holds Franco’s dead body until the commissioner gets her to say goodbye and leads her out. 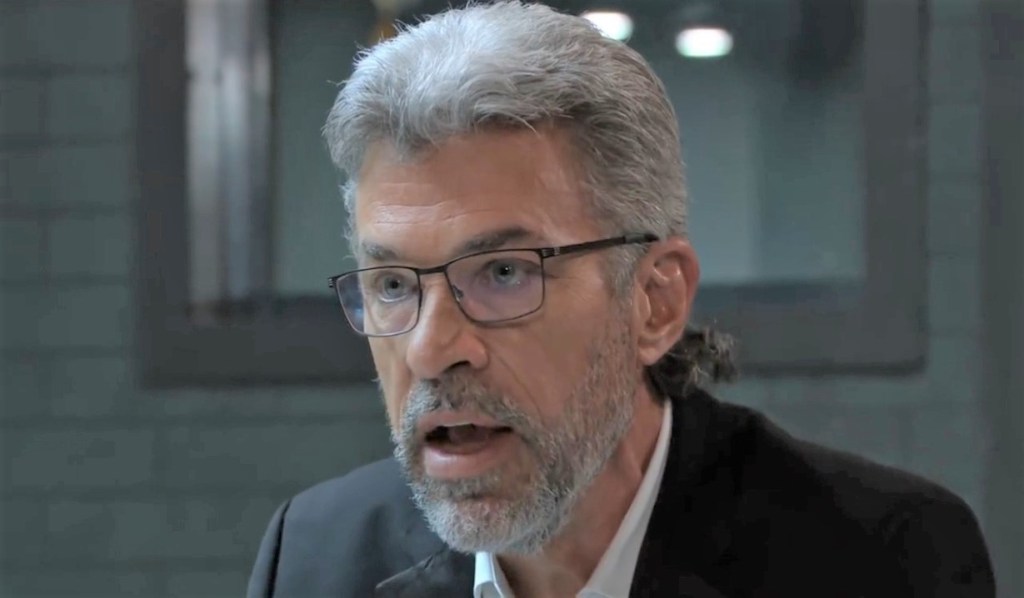 At the PCPD, Mac is in the interrogation room with Jason. Diane bustles in and wants to take her client out. Jason says he didn’t do it. 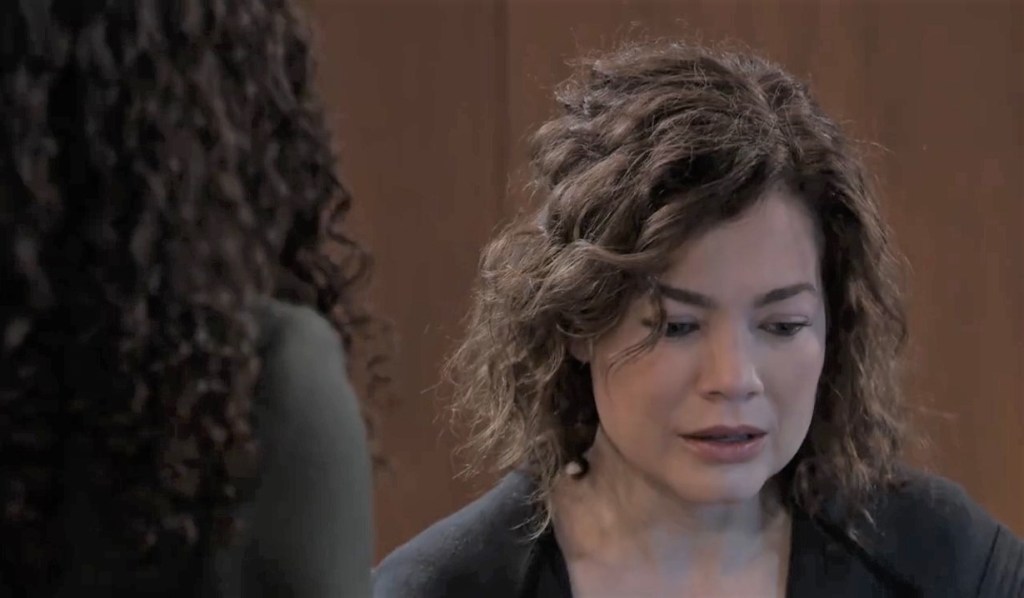 Jordan speaks to Liz at a desk. The nurse is sure Jason killed Franco in cold blood. She explains he asked him to and why. Laura arrives and gives Liz a hug. After she’s taken home, Scott bursts in and the mayor informs him that his son was killed. This is the third child he’s lost.

Jordan goes into the interrogation room and asks Jason if he took pre-emptive action and killed Franco. Scott bursts in, ready to kill Jason, but some cops drag him out. Laura asks Jason if he did it. “You know me, Laura,” he says. Jordan gives Jason another chance to speak up. He doesn’t. Scott is furious when he’s allowed to walk. 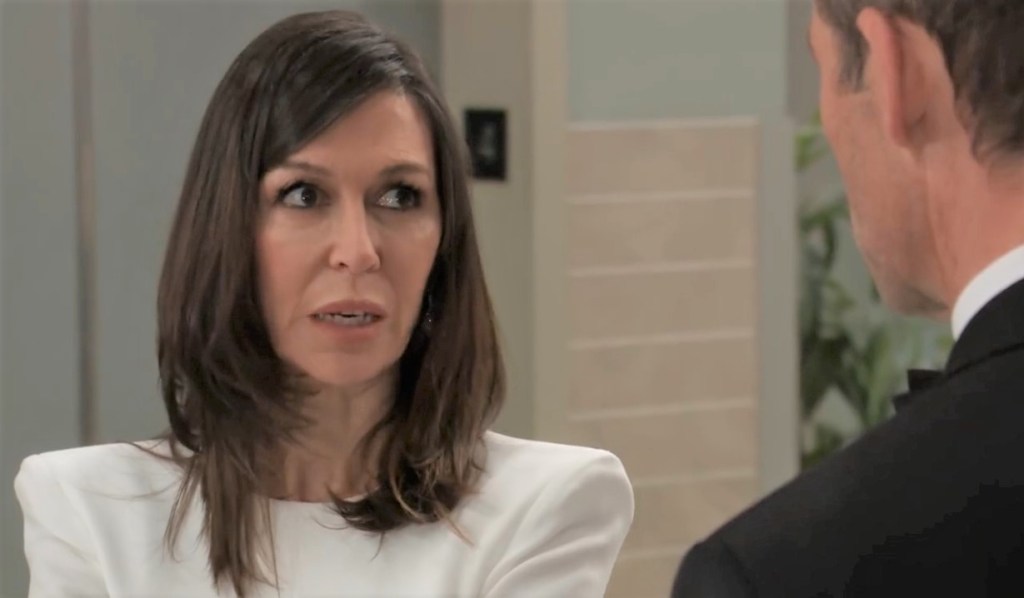 In the hallway at General Hospital, Valentin assures Anna that reality will catch up to Peter eventually. She can’t believe she let Peter blind her so much. Anna doesn’t think that anyone will be able to turn Maxie against Peter.

Peter drops by Maxie’s room. She tells him the cops have questions about him. He insists Valentin’s accusations make no sense. August says they can run away tonight. He’d bring Georgie but Spinelli wouldn’t allow it. She can’t imagine Liesl and Anna letting him go. He assures her the past can’t touch them now. When he takes her hand, she pulls it away and tells him that the man she loved never existed. Mac bursts in, outraged to see Peter there. He tells them that Franco was killed tonight. Peter tells Maxie he won’t give up on her. 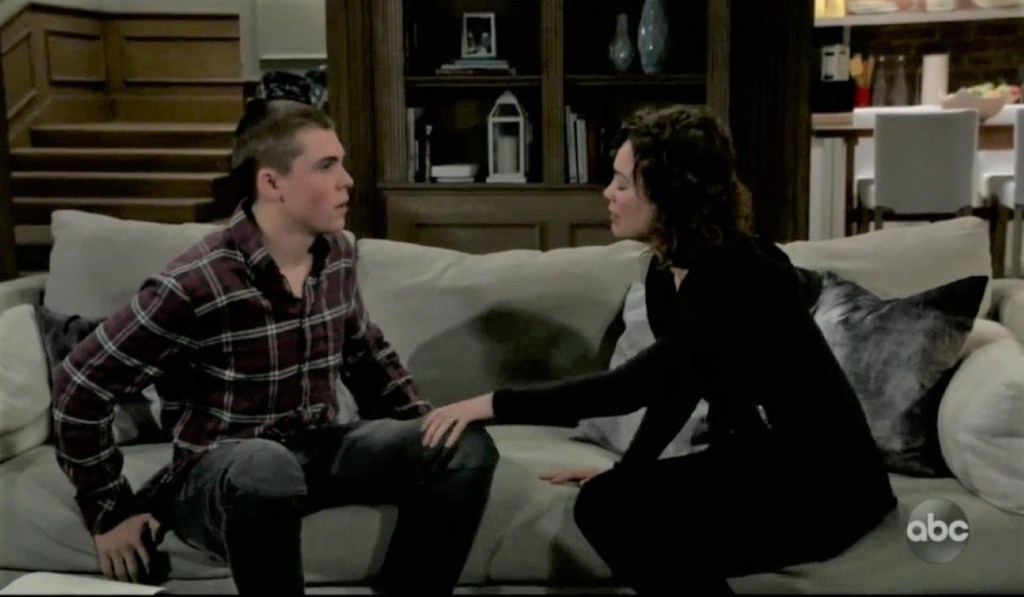 On the next General Hospital: Chase sees something he shouldn’t.

Get your free daily soap-opera fix for General Hospital — and all of the other daytime dramas — delivered straight to your email inbox by signing up for Soaps.com’s newsletter. And don’t miss our photo gallery of all of the actors leaving General Hospital, whether for a spell or for good.

<p>Watch your… oops. In the June 3, 2021, episode of <em>General Hospital</em>, we learned that Finn had, erm, <a href="https://soaps.sheknows.com/general-hospital/comings-and-goings/595062/general-hospital-wes-ramsey-exits-peter-august-falls-stairs-death/" target="_blank">“helped” down the stairs Peter</a>, the supervillain who’d just tossed away Chase’s one hope for a cure. And that was merely the latest and last of his offenses!</p>

Peter Arrives at General Hospital to...

After Chase Sees Messages About the...