Monday, March 8, 2021: Today on General Hospital, Valentin and Britt try to stop Jason, Finn and Jackie confess everything to Gregory, and Anna apologizes to Maxie. 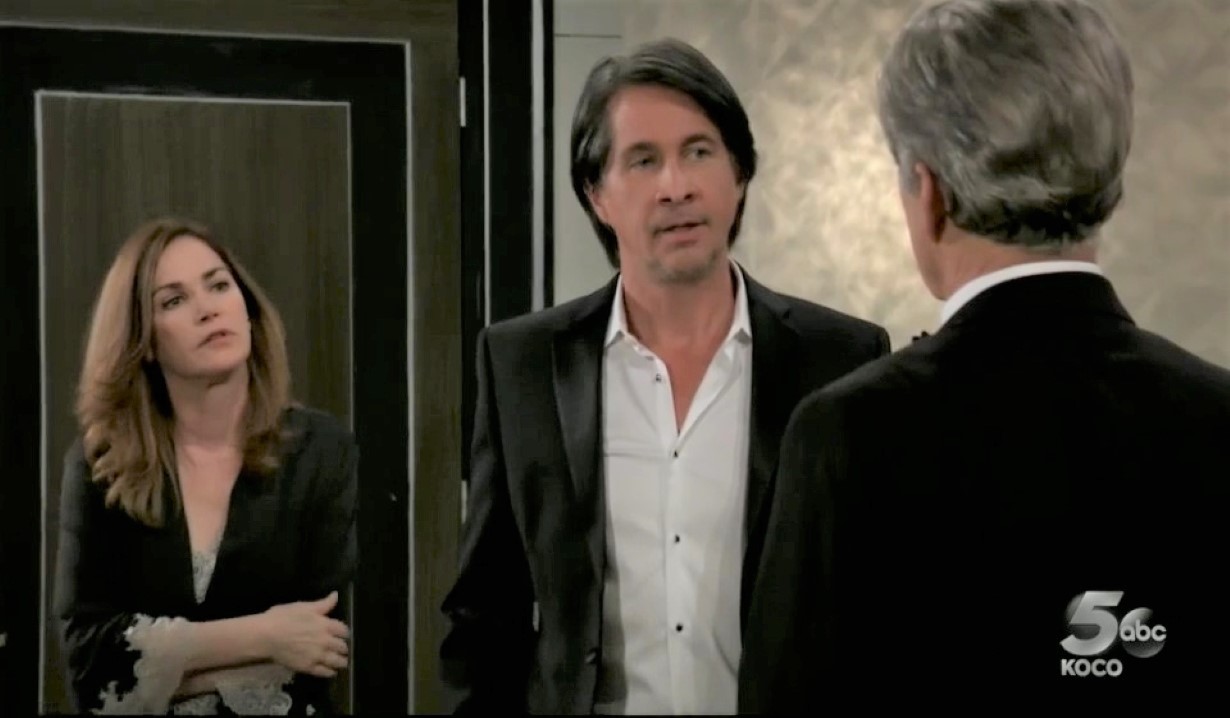 In the Metro Court hallway, Gregory interrupts Finn and Jackie as they talk about what occurred the night before her wedding. They make an excuse, but he’s not convinced. Jackie asks them inside. Finn remembers when he brought Jackie home and how interested he was in her. That’s news to Gregory. They never acted on it before she fell in love with Gregory. However, they stopped keeping their distance on her wedding night and slept together. Finn was too ashamed to attend the wedding. Gregory says he’s a coward and let him carry the guilt for driving him away for years. He quickly realizes that Chase could be Finn’s son and demands a paternity test. Jackie says the results came in today. Finn still hasn’t picked them up. Despite Jackie’s protests, Gregory insists that Chase needs to know. Finn gets a text that Violet is asking for him and leaves. She admits she had doubts before the wedding and then Finn showed up so they could resolve their feelings. Jackie tells him he can be mad about her, but she doesn’t want him upsetting Harry. 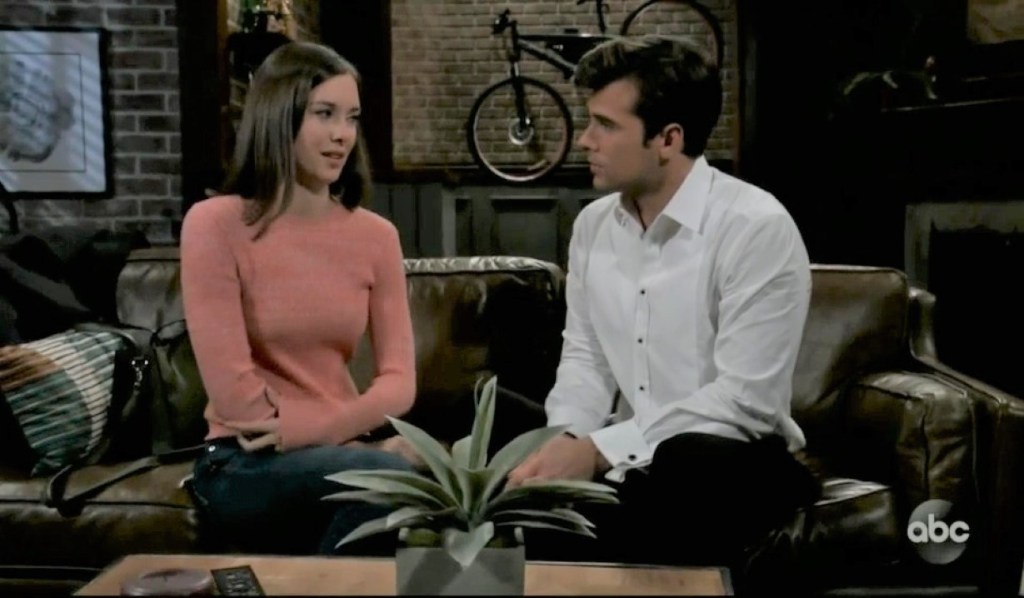 At Chase’s place, he offers Willow appetizers he took from the wedding buffet and reassures her about Wiley. They drink wine until Violet interrupts. She’s not happy to hear the wedding isn’t going ahead. After listening to them for a while, she yawns and falls asleep on Willow.

Finn arrives at Chase’s. Violet is sleeping. As he checks on her, Willow leaves. Finn returns and admits he doesn’t even know if he has a home for the child anymore. Chase insists that he stay there for the night. 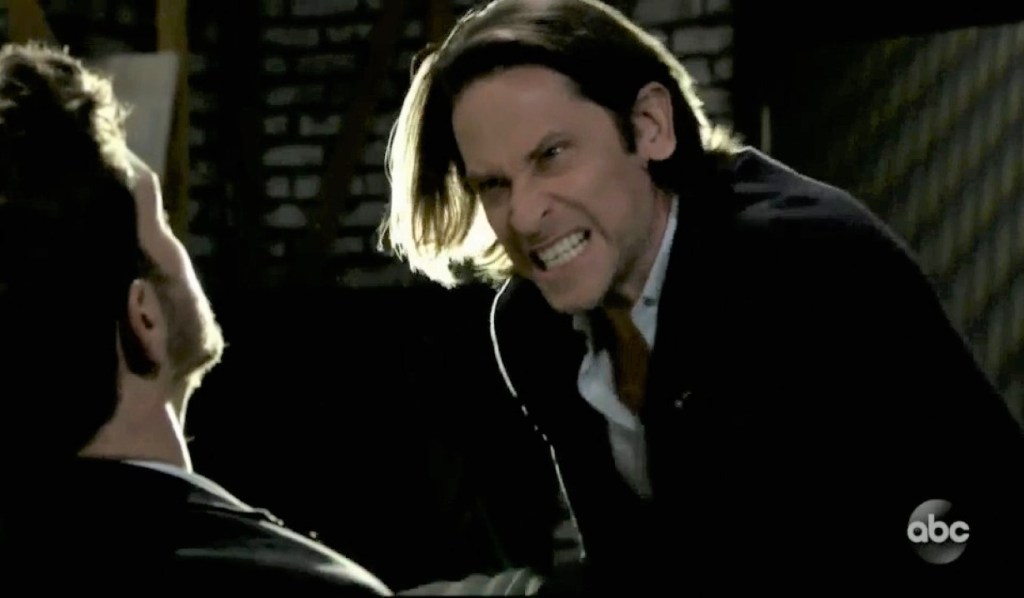 Peter wakes up bound to a chair in Franco’s studio. Franco pulls out the article The Invader published about him and reads the passage about how murderous he is. He gets out some of his old tools and waves his boxcutter at Peter. When August insists that he was forced to do what he did, Franco slaps him, reminding him that he remembers what happened. He offers him the chance to confess before he cuts out his tongue. Peter confesses what he did to Drew, Franco, Andre, and Obrecht. Franco recorded it all for the police and admits he wasn’t really going to kill him. He wanted to, but it would upset Liz. As he calls the cops, Peter gets loose and goes for the gun. He and Franco wrestle over it but Peter gets it. As he levels the gun at Franco, the artist asks him if he can be the man he wants to be if he kills him. Franco tells him to do the right thing and run away. Peter insists there is no case against him. Before he can shoot Franco, the artist lunges at him and the gun goes off. 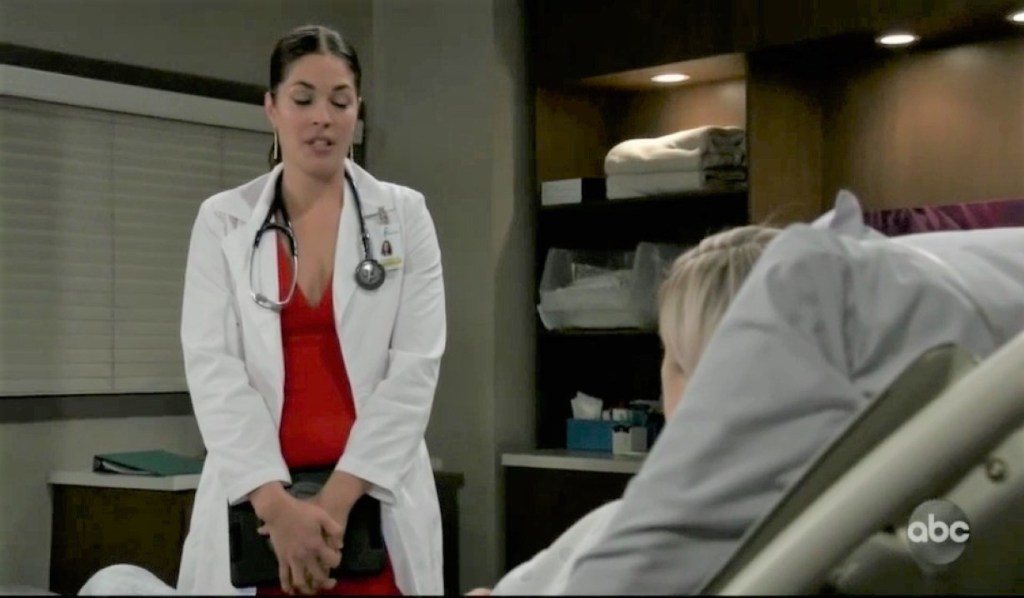 At General Hospital, Britt informs Maxie that her baby is fine, but she needs to avoid stress. That’s not going to be easy. The doctor tells her how threatening Peter has been. 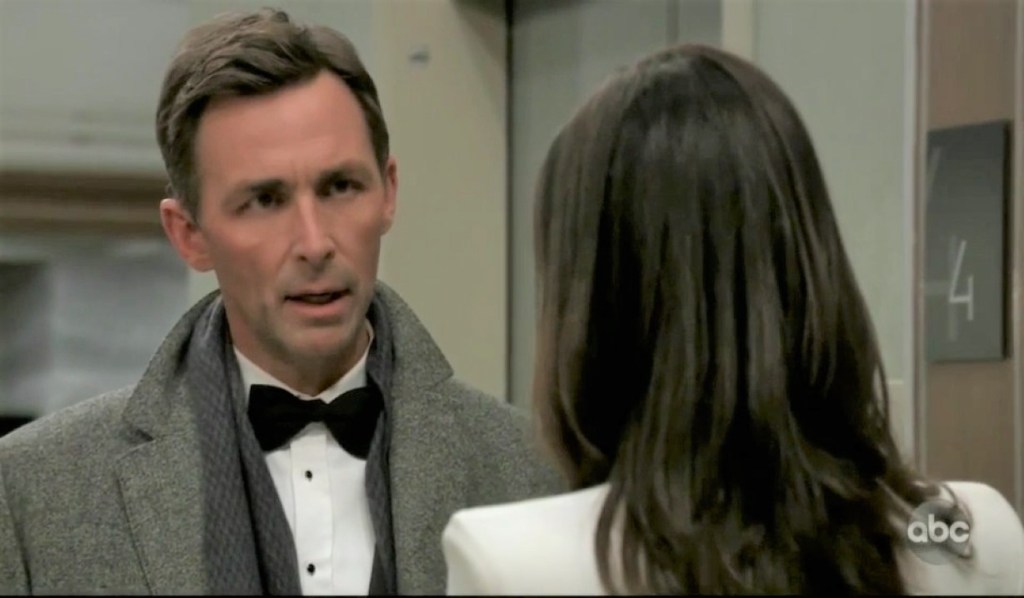 By the elevators, Valentin and Anna wonder where Peter has disappeared to. Valentin has already removed all the evidence linking them to the failed kidnapping. After he exits, she checks in with Mac and says she wants to see Maxie. He forbids it and lectures her for protecting Peter at Maxie’s expense. Mac never thought he would be so grateful for Obrecht. Britt interrupts and sends Anna away. She tells Mac that Maxie needs to stay calm.

Anna visits Maxie, who is not happy to see her. Devane thought that their love for Peter could save him from taking after his real mother. Anna is sure he will continue to do unforgivable things.

More: Could Brook Lynn bring back more than a baby? 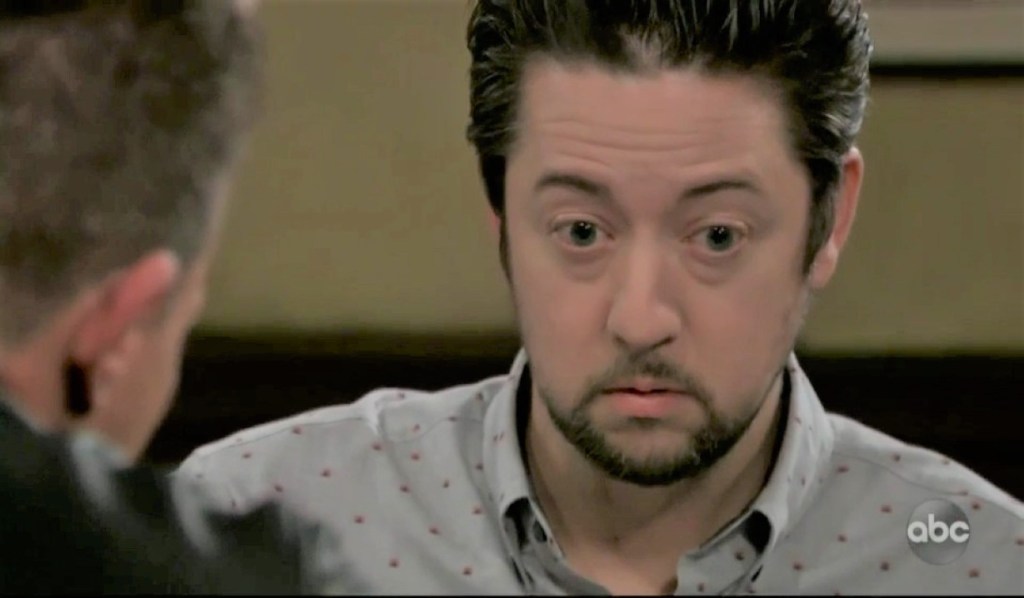 Jason joins Spinelli at Pozzulo’s and tells him about Franco having Drew’s memories. He needs help tracking him down. Valentin shows up and tells them about the wedding failure. Spinelli giddily runs off to see Maxie. Sitting down, Valentin offers to give him closure. He unpacks Peter’s various crimes, but they aren’t news to Jason. Valentin asks him not to retaliate for Anna’s sake. Britt arrives and urges Jason not to go after her brother. The WSB is already going after him and so are the police.

Spinelli jogs into General Hospital and gets an update about Maxie from Mac.

On the next General Hospital: Jordan has a confrontation with Robert.

Hot Topic: The shocking romantic shake-ups that could turn General Hospital upside down!

Get your free daily soap-opera fix for General Hospital — and all of the other daytime dramas — delivered straight to your email inbox by signing up for Soaps.com’s newsletter. And don’t miss our gallery of the fathers of soap opera stars.

Franco Takes Matters Into His Own...

Peter Arrives at General Hospital to...

Posted 47 seconds ago
Back to Top
ad