After Obrecht Drops a Bombshell at the Wedding, Valentin Objects to Maxie Marrying Peter 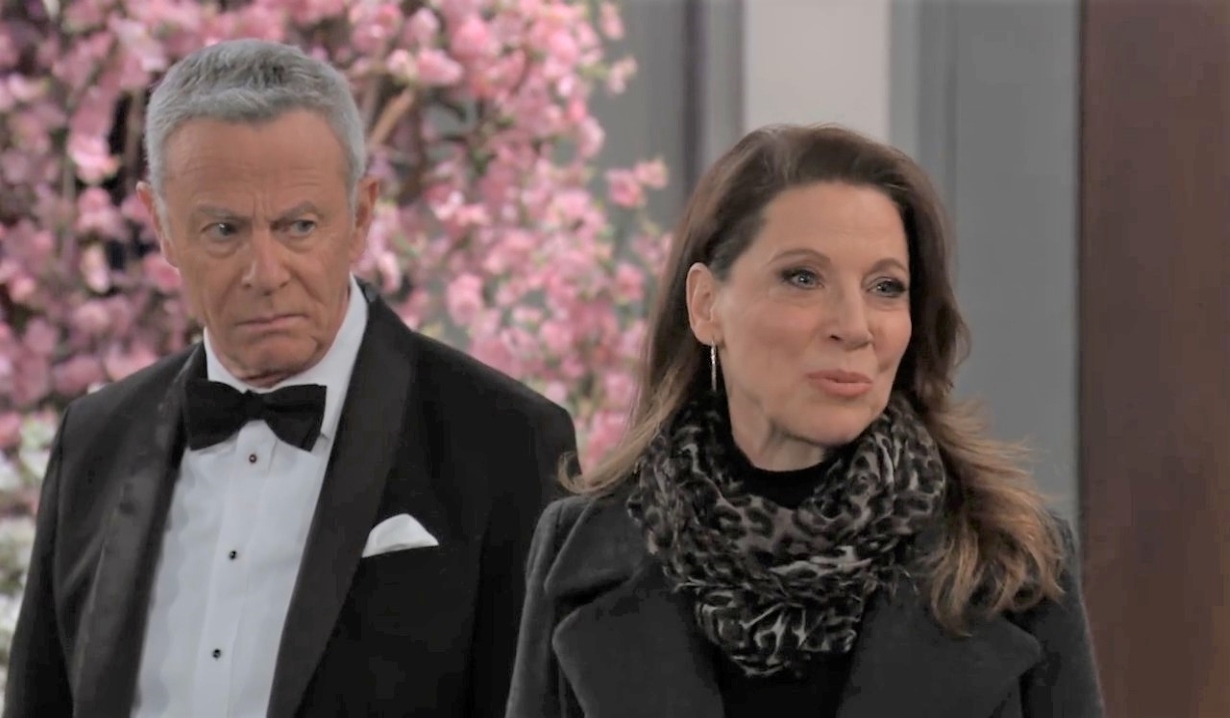 In the Metro Court ballroom, Maxie blames Obrecht for crashing her wedding. Dr. O pulls out the paper exonerating her. Robert confirms it’s real. Liesl tells them she’s a free woman and no one is getting married today. She tells Maxie she’s been fed a pack of lies. Anna tells her to get out. Liesl won’t stop Finn and Anna from making each other miserable, but she’s objecting to the other wedding. She announces that Alex left a little gift and turns on the video after sending everyone a text of it. Alex explains that she is really Peter’s mother. He starts weeping. Maxie insists it must be a lie, but Anna confirms it is true and so does Valentin. After realizing that Anna told Valentin the truth and not him, he walks out. Obrecht lectures Robert for not protecting Maxie from Peter. She warns that more grief is on the way. 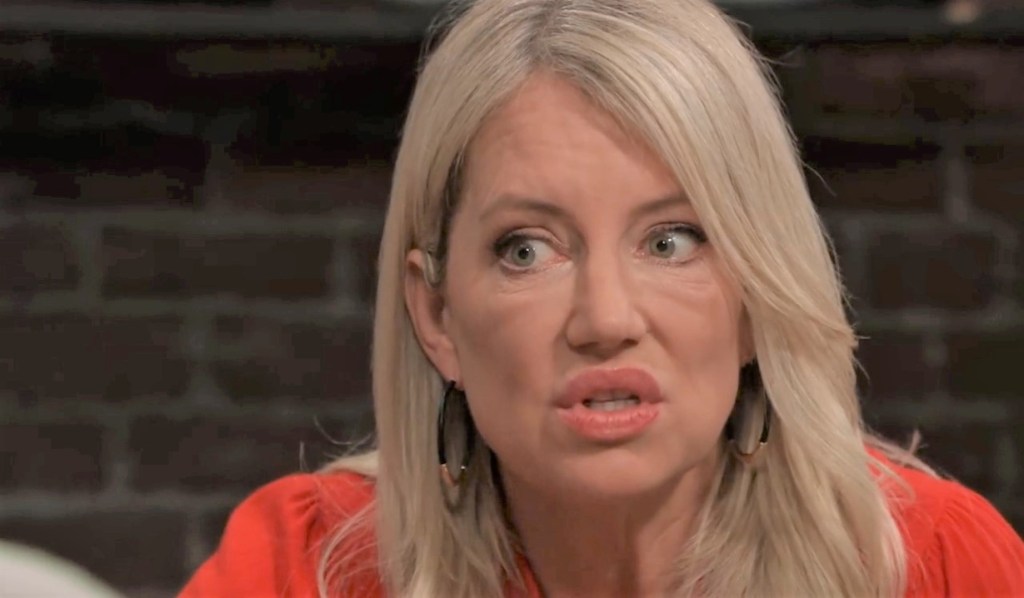 Ava joins Nina at Perks and rambles about how busy she’s been until realizing her friend should be at the wedding. Nina explains that she was uninvited because she would have reminded the bride of Nathan. She explains that she got confirmation that Nelle really was her daughter. It’s now obvious Jax will always choose Carly over her. She knows her daughter was terrible, but her love could have made her better. After she vents more about Carly thinking Nina is only making things worse, Ava reluctantly admits Carly might be right. Nina concedes that being confrontational likely wasn’t the best choice. She beats herself up for testifying against Nelle. Her friend warns her of the dangers of going to war with Carly. Nina doesn’t see a way out. Since Michael is willing to let her into Wiley’s life, Ava encourages her to make peace with Carly.

Outside, Jordan wishes she had an excuse to arrest Obrecht. Curtis and Lucy muse about Peter and his mother. After Curtis wanders off, Lucy asks Jordan about her relationship. Coe hopes that Jordan gets Curtis back. After she leaves, Curtis and Jordan exchange a look and he walks away.

Willow tells Chase that there is always forgiveness for lies. He says he’ll call her but he’s sticking around to look after his brother.

Mac tries to comfort Maxie. She thinks Anna is as bad as Alex.

Anna and Valentin talk about the mess they are in. He says he will deal with Peter. 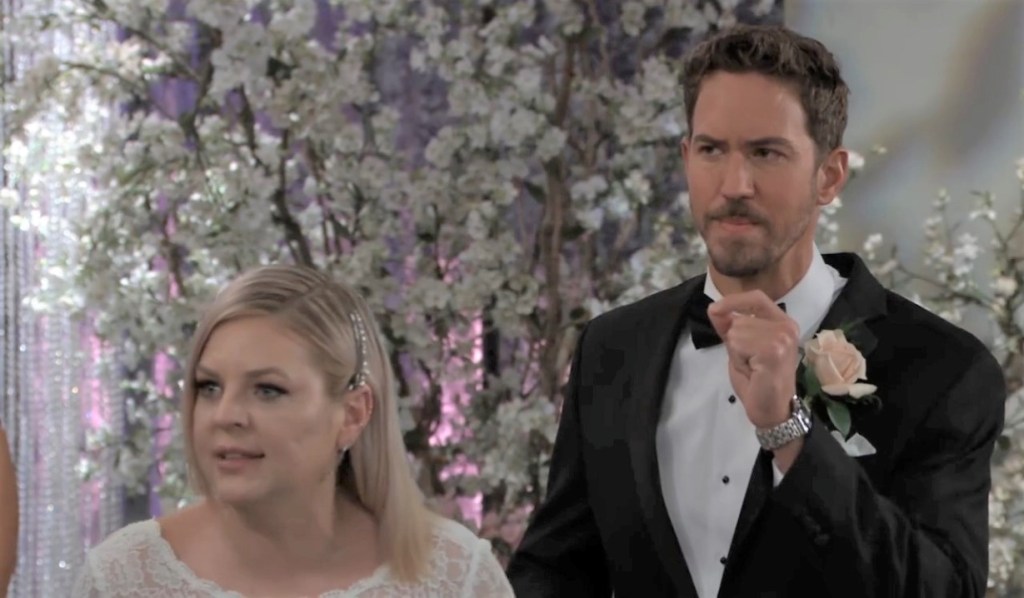 Anna corners Peter. He tells her she didn’t have the right to choose what he should know. She thought she was protecting him and thinks he can control his life. Shaking his head, he says he’s not the man he thought he was. Later, Maxie approaches him, reminding him that she loves him and still wants to spend her life with him. She asks him to marry her. Robert and Mac watch and argue about what’s next. Robert hopes that Peter will turn her down. Sam and Britt feel the same way. Everyone watches as Maxie tries to talk Peter around. He finally agrees to marry her, to Obrecht’s horror. She rushes over to Dante and is about to click her pen to activate his mission when Valentin declares he can’t let the wedding continue until Maxie knows the whole truth about Peter. 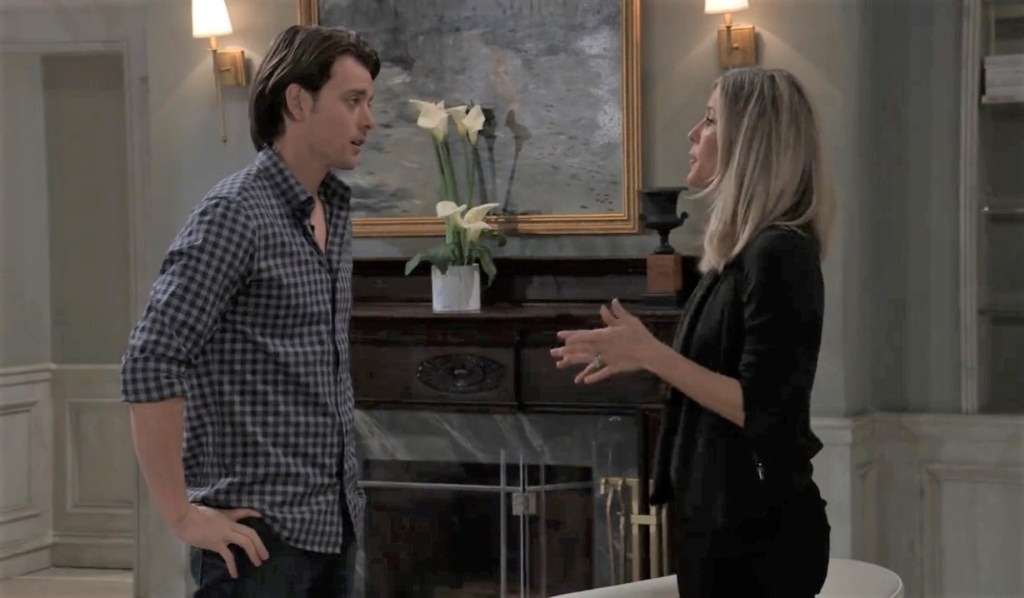 Carly is at the Quartermaine estate with Michael, discussing Sonny’s lingering presence in their lives. They both miss him. He thinks Nina has been out of line going after her because of Nelle. He wishes the scene in the cemetery had been enough. It won’t be good for Wiley if Nina doesn’t drop this. Michael thinks Wiley could use all the love he can get but his mom is sure that Nina would take every chance to bring up Nelle to the child. She thinks the kid can wait until he’s mature enough to learn the truth. Willow arrives and tells them about the wedding disaster. After Carly takes off, Michael asks Willow to stick around. He calls Nina and invites her over.

In his room at the Metro Court, Finn calls Jackie and tells her the wedding isn’t going ahead. Chase knocks on the door but Finn wants to be alone. He stares out the window until Anna arrives.

On the next General Hospital: Franco makes a discovery.

Get your free daily soap-opera fix for General Hospital — and all of the other daytime dramas — delivered straight to your email inbox by signing up for Soaps.com’s newsletter. And don’t miss our gallery remembering soap alum Roscoe Born. 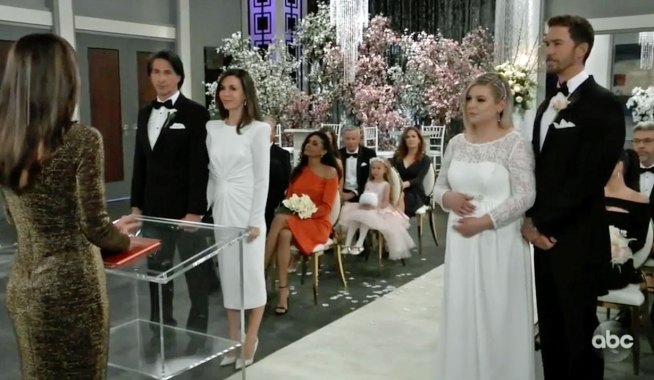 After Peter Is Rescued [Spoiler] Crashes the Double Wedding 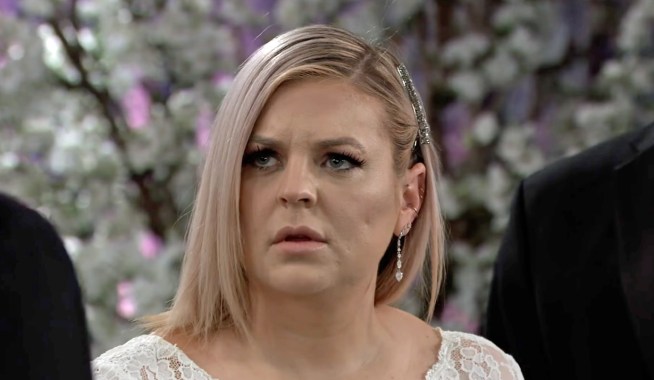