Friday, February 5, 2021: Today on General Hospital, Valentin and Anna suspect the worst of Peter, Jackie begs Finn not to seek the truth, and Martin contacts his mother. 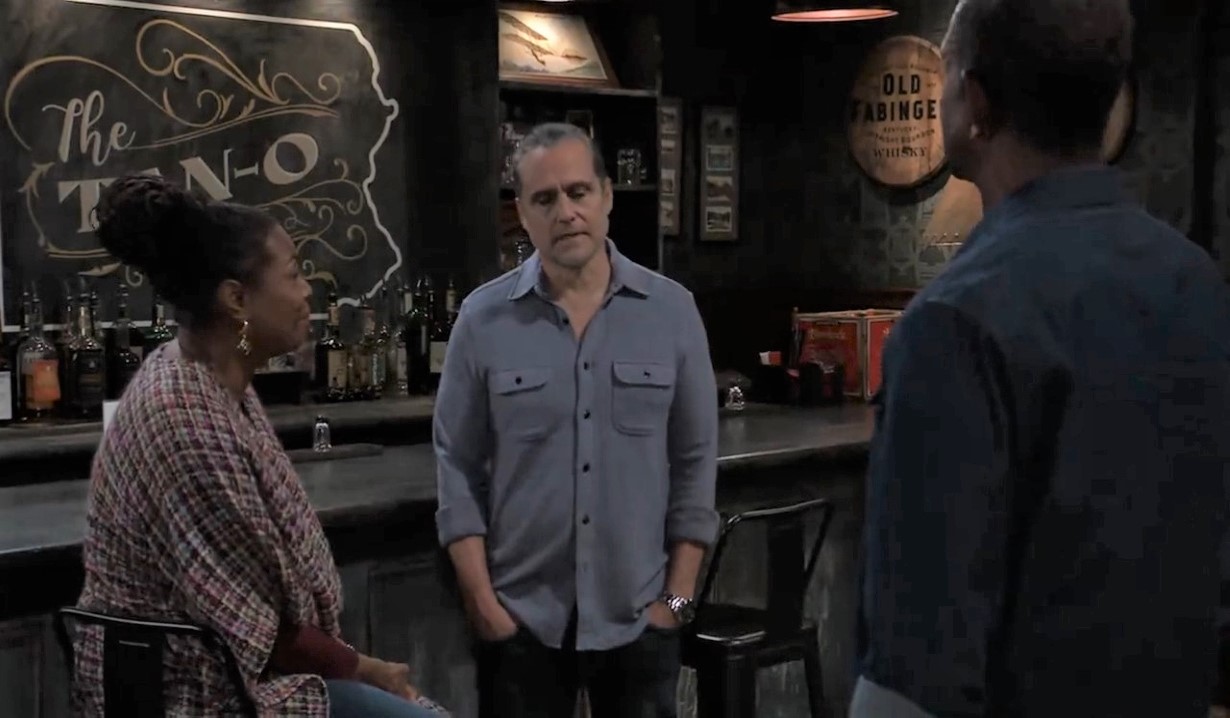 At Tan-o’s, Sonny tells Phyllis that the drugs have him feeling less amped up. She thinks his memories might return once he has relaxed more. When she suggests he and Lenny go to the police station to look at missing person reports, Sonny abruptly says he doesn’t want anything to do with cops and crosses the room. Lenny worries. Sonny apologizes and offers to move on. Lenny won’t let him. If he’s willing to work, they are happy to have him. Sonny agrees as long as they let him make the sauce. After she gets him some tomatoes, he wonders why no one is looking for him. She points out that they might be. 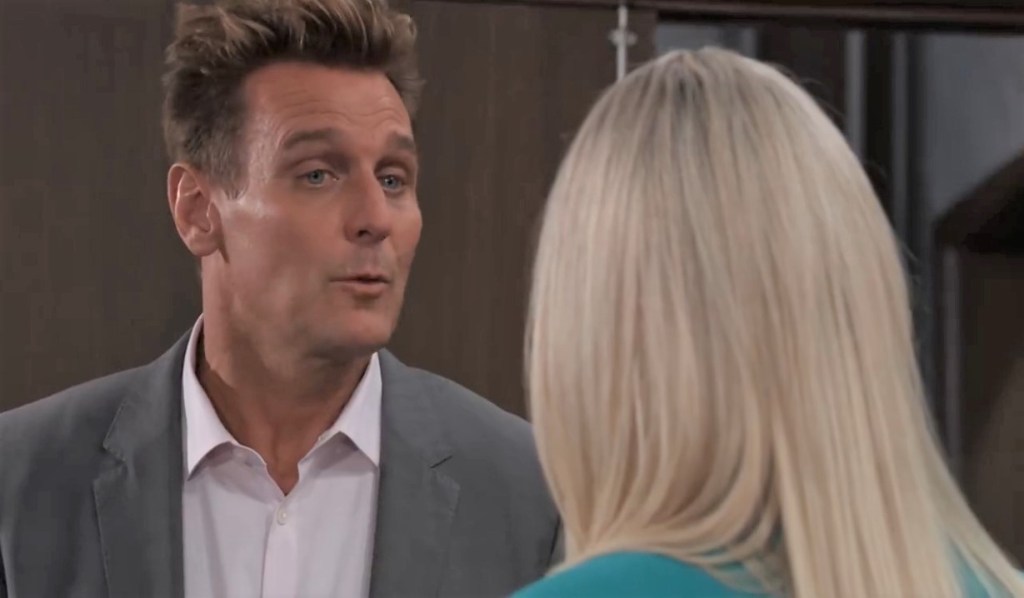 In the Crimson office, Nina sits with the necklace and talks to Nathan’s photo. She feels like she failed Nelle and won’t let down another child. Jax interrupts and asks her not to shut him out. He admits that he was wrong but was only trying to protect her. Irate, she tells him that he chose to do what was best for Carly first, instead of taking her feelings into account. She betrayed the only child she’ll ever have. Keeping her ignorant about Nelle would also have kept her from a lifetime with her grandson, Wiley. That never even occurred to him. She can’t trust him and tells him to go. When she’s alone, she puts on the necklaces and decides to call Phyllis. She’s shocked to hear Sonny answer the phone at the Tan-o.

When sitting at the bar in the Metro Court, Martin is handed a phone with Florence’s name on it. He immediately calls her and she tells him how much better the food is at her new place. Martin promises to see her as soon as he can. 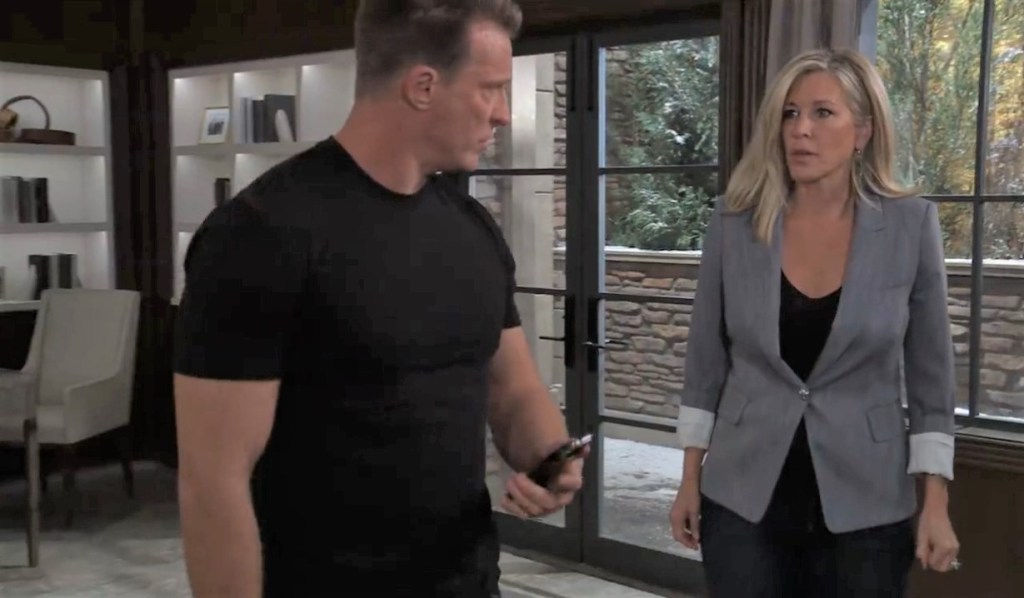 At the Corinthos compound, Chase shows up to talk to Michael and Willow about Sonny’s funeral. The commissioner will have more police in the streets for it. Michael goes in to tell his mom and Jason. This is all feeling too final to him. They explain that they are securing the territory by making a public display. Sonny will be buried with Morgan. They all feel Sonny’s absence. Michael doesn’t know what to do without him.

Michael talks to Willow about the potential danger facing the family. He thinks she would be safer at the Quartermaine gatehouse.

Martin arrives and tells Jason and Carly about his conversation with his mother. He’s thankful for that but warns that a fragile old woman can’t keep the peace in town for long. 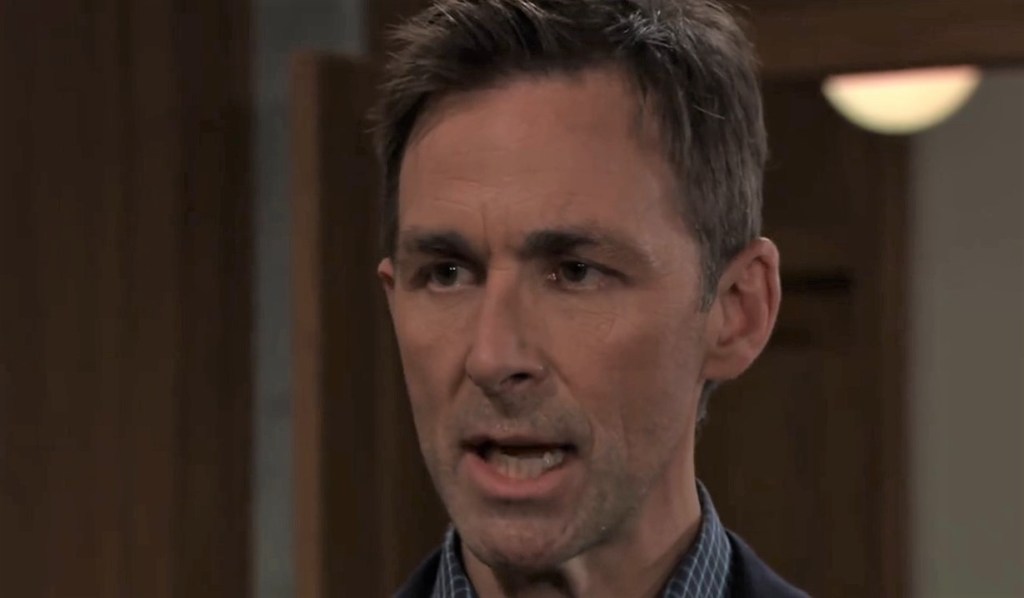 At Anna’s, she and Valentin realize what must be going on with Franco’s memories. Valentin assumes that Peter has been lying to them about something. They guess that Peter has played more than a minor role in the crimes that took place. Pacing around the room, they wonder how Obrecht is involved. She asks Valentin to try and prove that what she’s coming to suspect about Peter is wrong. 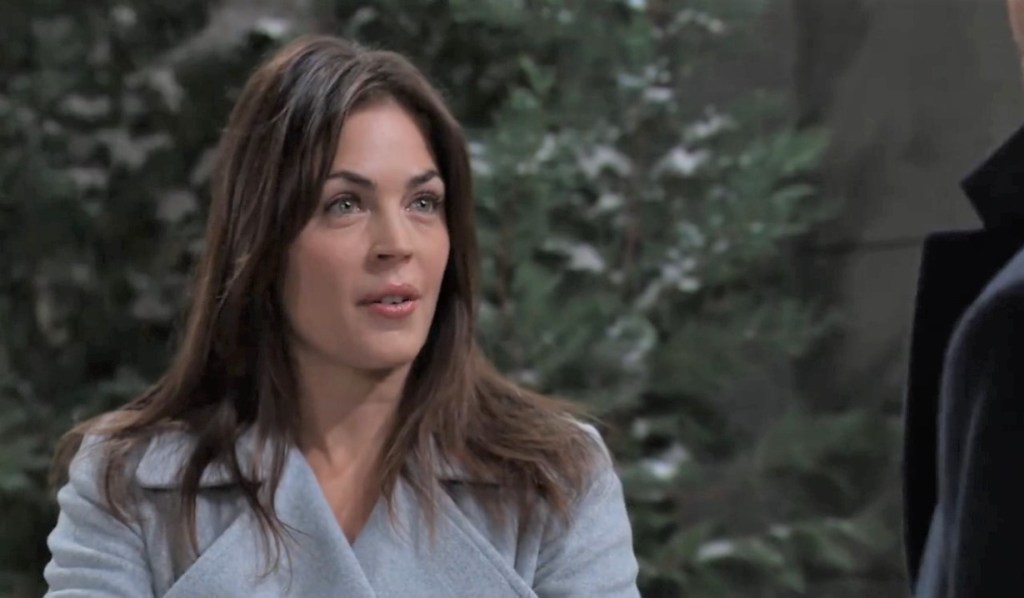 In the cemetery, Britt talks to Nathan’s grave about the sisterhood united by their love for him. Peter interrupts. She doesn’t think that he’ll ever be as good as their brother and takes after their father. After he barks at her, she walks off, annoyed she has to admit her mom has been right. Kneeling at the grave, he vows to make sure that Nathan becomes a distant memory once he marries Maxie. James already sees him as his father. Valentin interrupts with some sarcasm. He tells him about Liesl being on the loose and Franco’s memories placing him at the scene of a crime. Valentin asks what he meant when he said he crossed Jason. 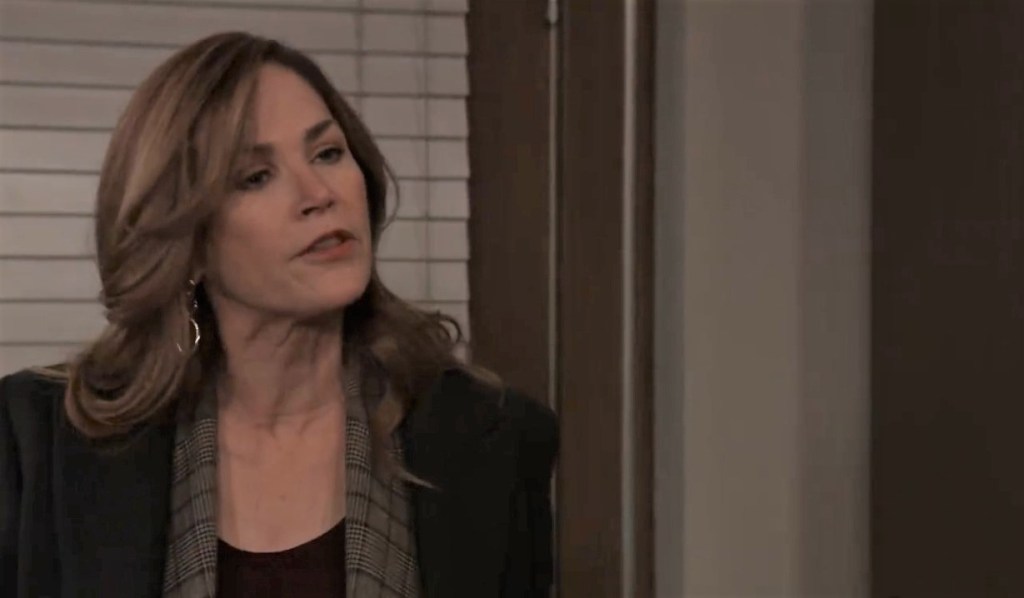 Finn goes into his office at General Hospital and swabs his mouth for a DNA test. He takes that and a bottle to a nurse to run down to the lab. Jackie pops up and follows him back to his office. When he says he just wants to know what his real relationship with Chase is, she points out that discovering the truth could ruin his life. Finn doesn’t even know if he would tell Chase the truth. He just wants to know what his legacy is. As they debate this, Chase barges in, surprised to see them almost friendly. She takes off and Chase thanks him for all his advice regarding Willow.

Anna tracks down Britt and asks her where her mother is, promising not to shoot her.

On the next General Hospital: Peter is grilled by Valentin.

Join Soaps.com in paying tribute to an ABC icon on the anniversary of his passing. Get your free daily soap-opera fix for General Hospital — and all of the other daytime dramas — delivered straight to your email inbox by signing up for Soaps.com’s newsletter.

And don’t miss our gallery of General Hospital gifts below. 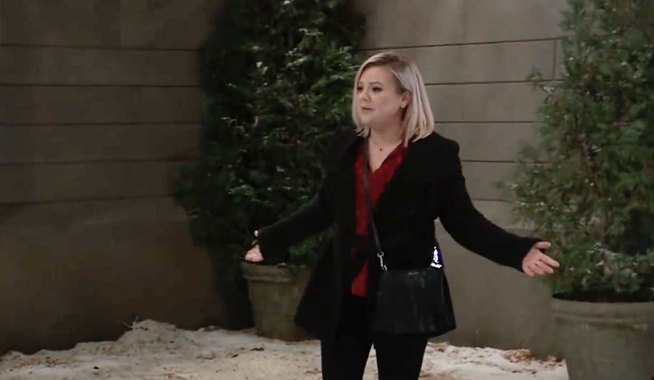 [Spoiler] Makes a Confession That Could Tear Many Lives Apart 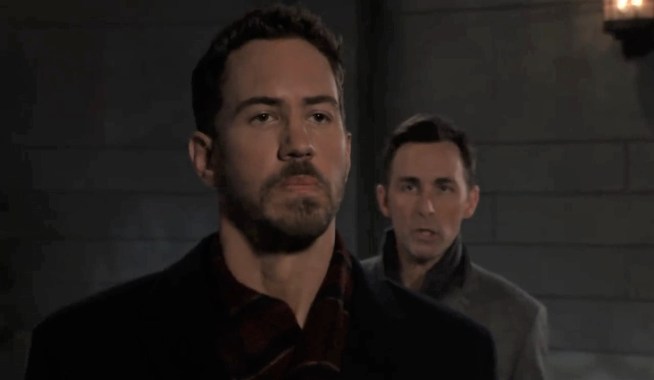