Thursday, January 28, 2021: Today on General Hospital, Nina demands answers from Sasha about the necklace, and Alexis is arrested after injecting Dante with a syringe. 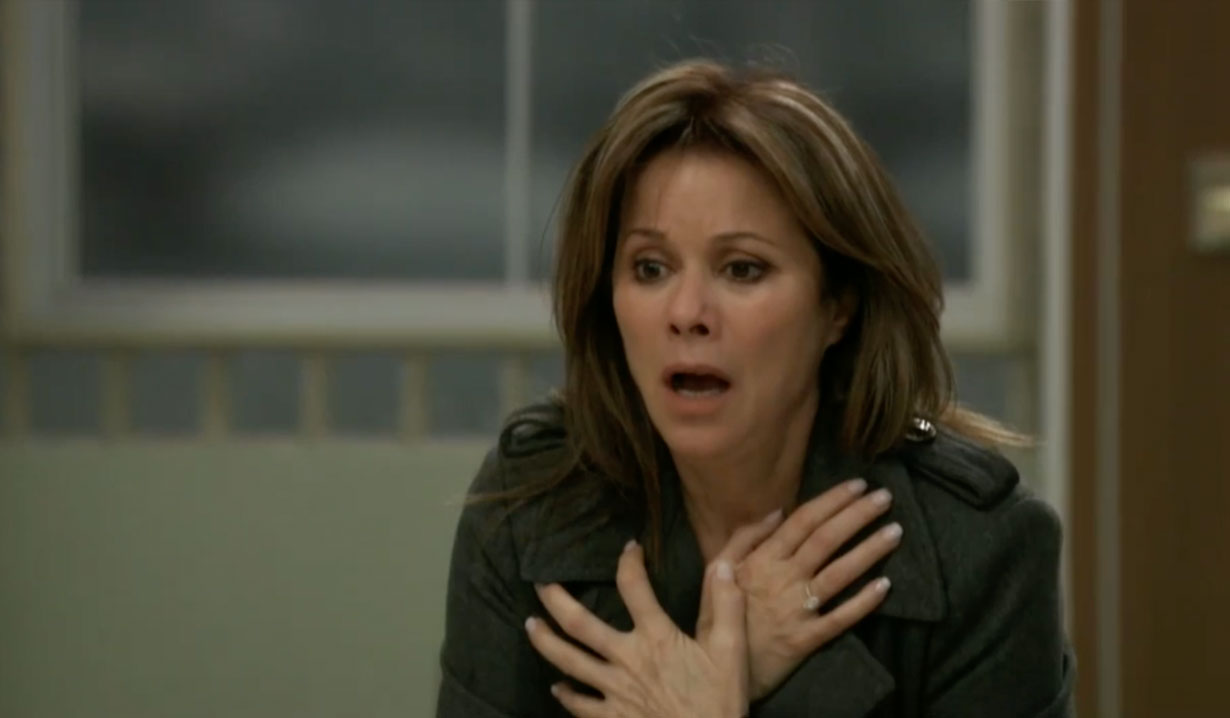 Curtis stops by the hospital and reveals to Portia that he’s on a case involving one of the staff members suspected of stepping out on his wife. Portia brings up Jordan, who Curtis still isn’t ready to trust. She points out relationships are a two-way street, and he seems to have his own issues with forgiveness. They step into the elevator. 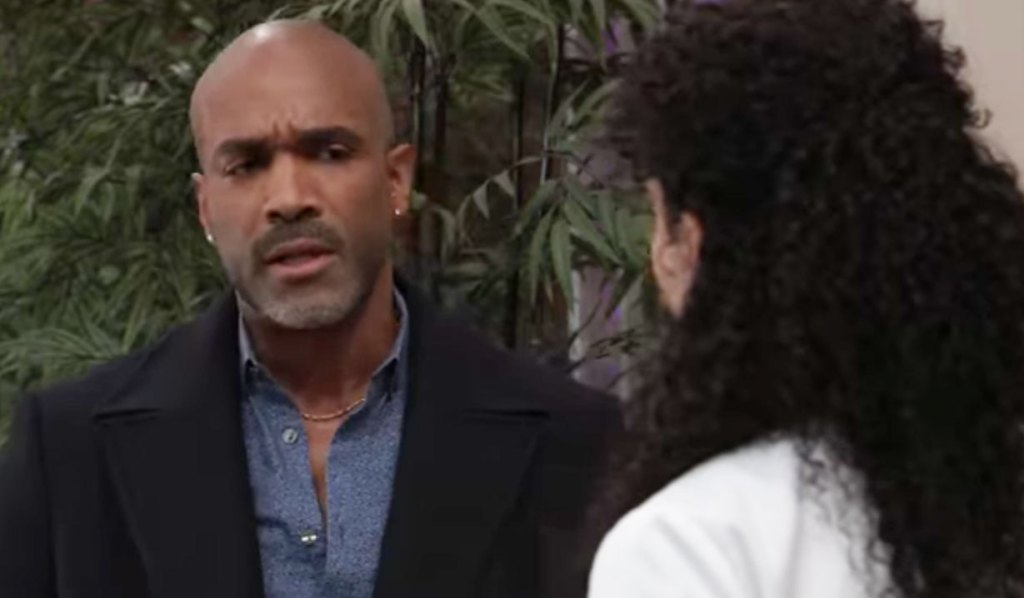 On another floor, Sam asks Franco what his contingency plan is should he go back to being a sadistic serial killer. In a nearby exam room, Alexis swigs some booze and spots a syringe on a tray. Back in the hall, Franco reveals he’s made arrangements to have himself killed at the first sign he’s reverting back to evil Franco. 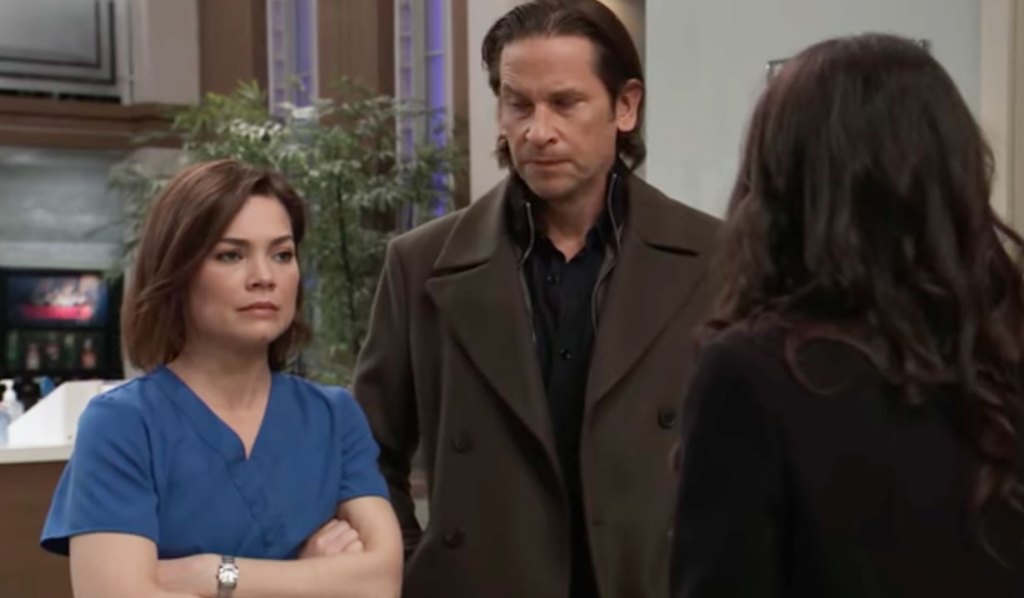 In a back alley, Jordan runs into Dante and asks if he’d consider returning to the PCPD. He doesn’t want that stress right now and snaps that he has somewhere to be. He quickly apologizes but agrees to keep her offer in mind. 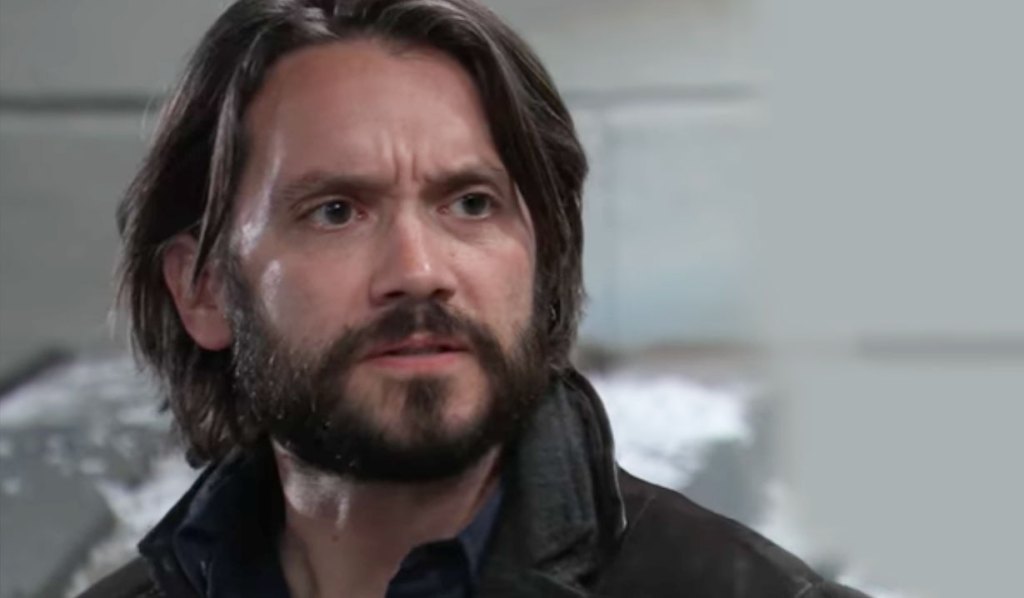 More: Looking back at NBC’s Generations

In The Invader office, Jason walks in on Peter warning Britt not to come between him, Maxie, and his child. Jason asks why he’s threatening his sister. Peter claims it’s just a misunderstanding between siblings, but Britt tells Jason how Peter used her to get information on Franco. Peter insists he had to get the word out because Franco is a threat to many people, including Maxie. Britt points out it is her butt on the line and what he did was against the law. Peter promises he covered his tracks. Jason suggests Britt cut him some slack. She agrees not to turn him over to the PCPD this time but warns she won’t be so forgiving in the future. Britt storms out, and Peter thanks Jason and suggests they could work together seeing as he hates Franco too. 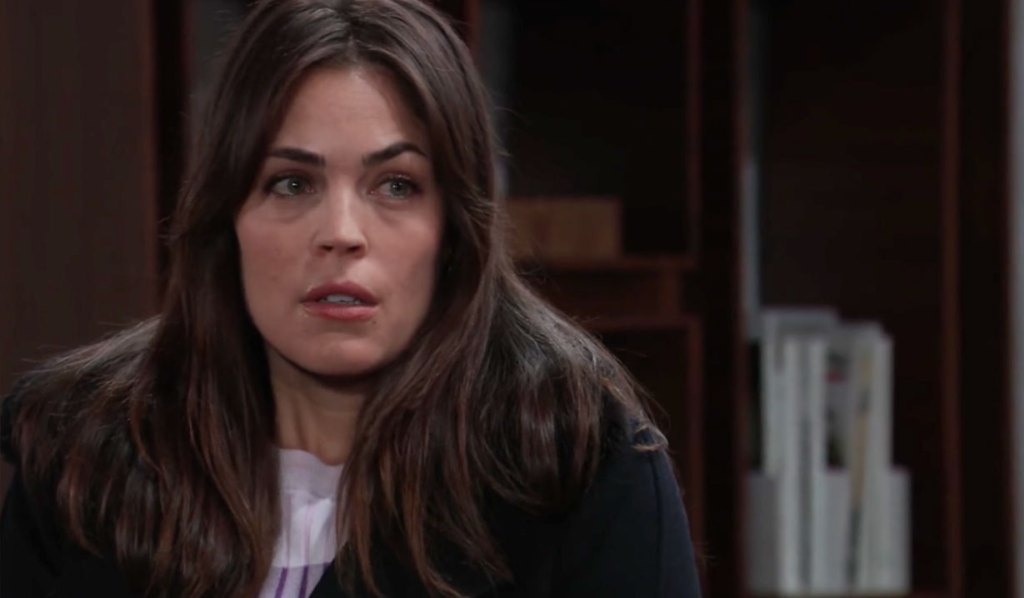 At the Metro Court, Jackie interviews Sasha about her drug use as Carly begs Lucy to stop the interview. Up in the Crimson offices, Nina and Jax watch the interview, and Nina doesn’t understand why Sasha is wearing that necklace when she knows what it means to her. Nina quickly takes off to the Metro Court. Back at the interview, Maxie overhears Carly asking Lucy to shut it down and says they can’t. As Valentin notice’s the necklace Sasha is wearing, Nina arrives. Valentin prevents her from confronting Sasha on live TV. 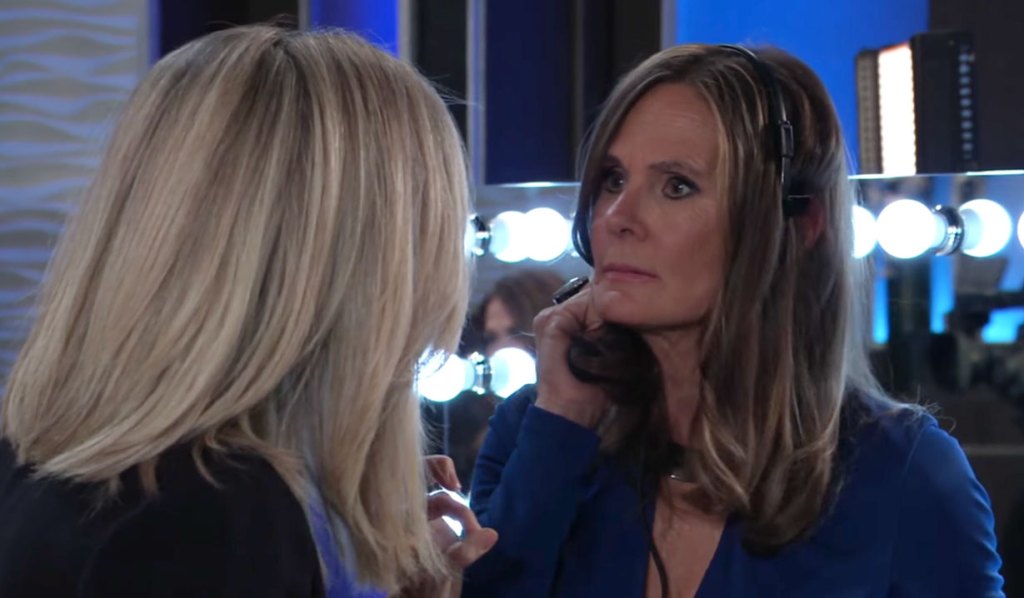 The interview ends, and Nina confronts Sasha about the necklace. Jax arrives and suggests Nina not do this in front of a reporter. Chase and Willow intervene and ask Jackie to go with them to the hospital because Willow needs to drop off some paperwork for nursing school. Jackie can’t pass up spending time with her son.

Nina again asks about the necklace, and Sasha swears wardrobe put it on her and she has no idea why they chose it. Valentin suggests Carly does, as she was very concerned about stopping the interview. Carly lies that she was trying to stop the interview because she knows what that necklace means to Nina. Nina asks if she knows where the necklace came from. Avery runs up and says that it is hers, and she gave it to Sasha for good luck. Nina wonders where she found it. Avery explains she found it outside the cabin her mommy took her to. Nina asks Sasha for the necklace back, and she promises to get it back to Avery soon and thanks her for finding it. Michael, Sasha and Avery leave, and Nina thinks this necklace could be her daughter’s if it matches hers. 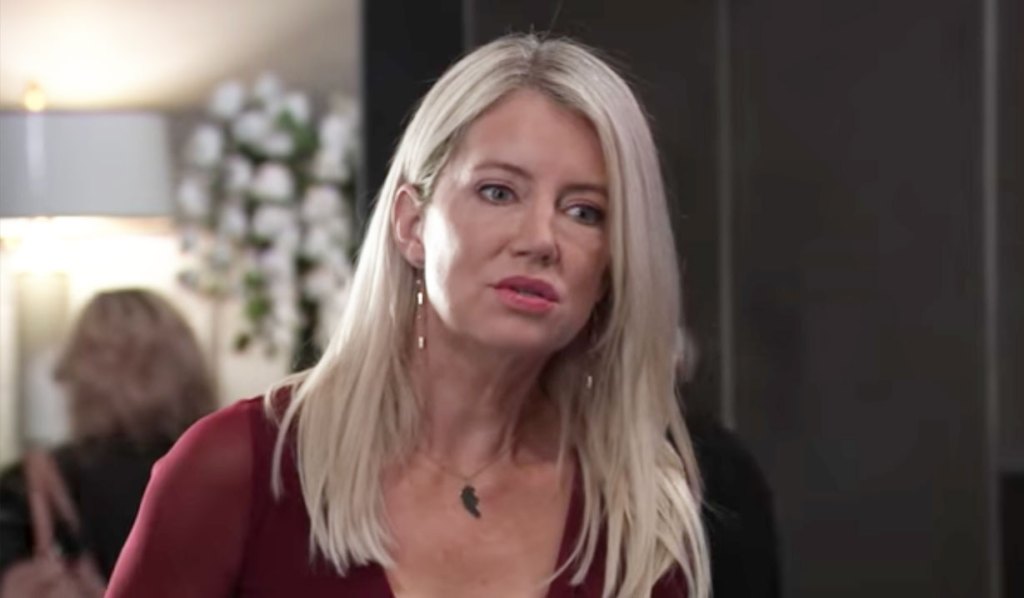 At Tan-o’s, Lenny and Phyllis discuss “Mike,” who went missing in the middle of the night. He is suddenly brought in by an officer, who says “Mike” was waiting outside of the hardware store and demanding a job. He got belligerent when the owner wouldn’t hire him. Phyllis vouches for “Mike” and assures the officer there is no reason to take him into custody and she’ll explain things to the store owner. After the officer leaves, Lenny questions why he took off when he has a job there. “Mike” overheard them talking about him and something being wrong with his brain. Phyllis orders “Mike” upstairs to rest because he needs to take care of himself. 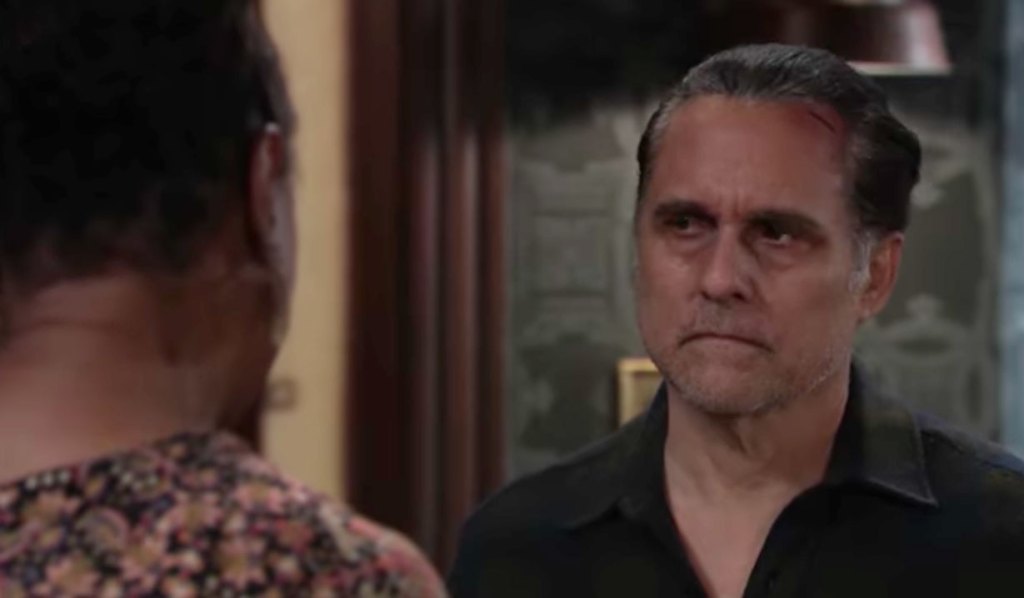 Alone, Lenny worries to Phyllis that “Mike” could be dangerous. Later, “Mike” listens in as they talk about him. He enters the bar and promises to be out of their hair soon. Phyllis wants him to talk to a mental health expert at the hospital as she feels he’s having a manic issue. “Mike” refuses, but Lenny says these are their conditions to stay. 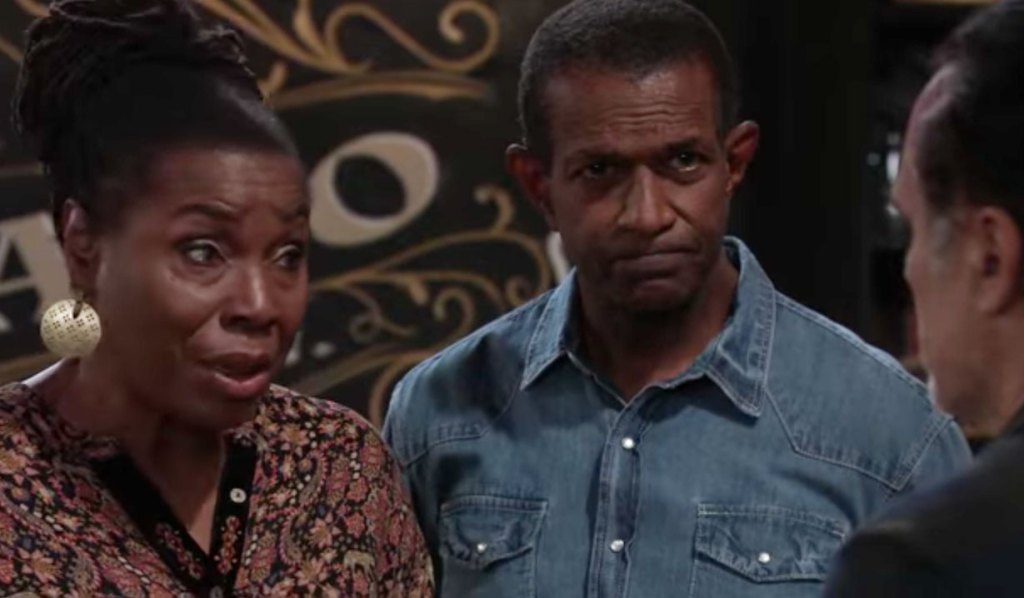 Back at the hospital, Franco begins hearing Peter’s voice in his head and screams at it to stop. Dante enters as a panicked Alexis grabs the syringe and rushes to stab Franco. Dante intervenes and she injects him instead, causing him to collapse. Curtis and Portia exit the elevator to find Liz tending to Dante. After being updated, Portia orders him taken into an exam room and tasks Liz with calling security and a lab tech to look at what was in the syringe. 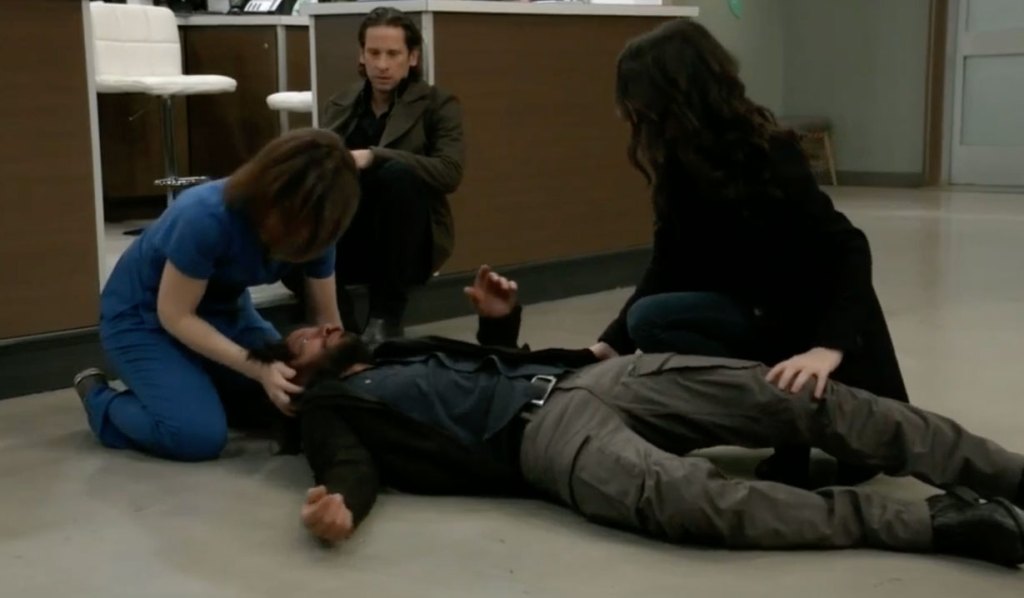 Chase, Willow and Jackie arrive, and Chase receives a call from the station. Elsewhere, Jason reconnects with Britt and tells her for now it is best if Peter thinks she is on his side. After Britt leaves, Jason overhears Chase taking a call about Dante being attacked.

Jordan arrives and speaks with Curtis about what happened. He tells her what he knows, and then tries to walk away. She stops him and begs him to either come home and work things out, or let her go, but this has gone on long enough.

In the exam room, Portia reveals Dante was injected with a full dose of lidocaine and he’s in critical condition. Suddenly, Dante codes.

Jason confronts Franco about Dante’s attack, and he tells Jason that it was Alexis who was trying to kill him and instead infected Dante. Jason doesn’t understand why Dante sacrificed himself for Franco. 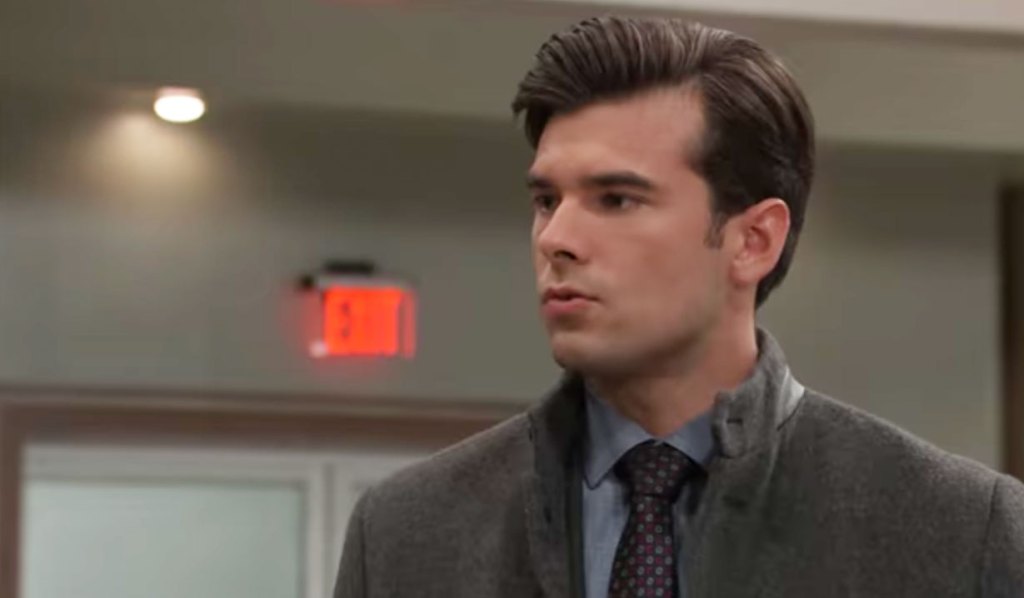 Chase questions Alexis and Sam. Sam admits that Alexis stabbed Dante while trying to attack Franco. Later, Sam apologizes to her mom, but this is her rock bottom and if she is in jail then she’ll finally get sober. Jordan and Chase place Alexis under arrest.

On the next General Hospital: Nina wonders about her daughter, Mac lashes out at Alexis, and Robert has words with Ned. Oh, and if you want a little more preview, the headwriters were kind enough to drop hints about what — and who — might be in Alexis’ future.

Get your free daily soap-opera fix for General Hospital — and all of the other daytime dramas — delivered straight to your email inbox by signing up for Soaps.com’s newsletter. And don’t miss our gallery looking back at the history of Santa Barbara.