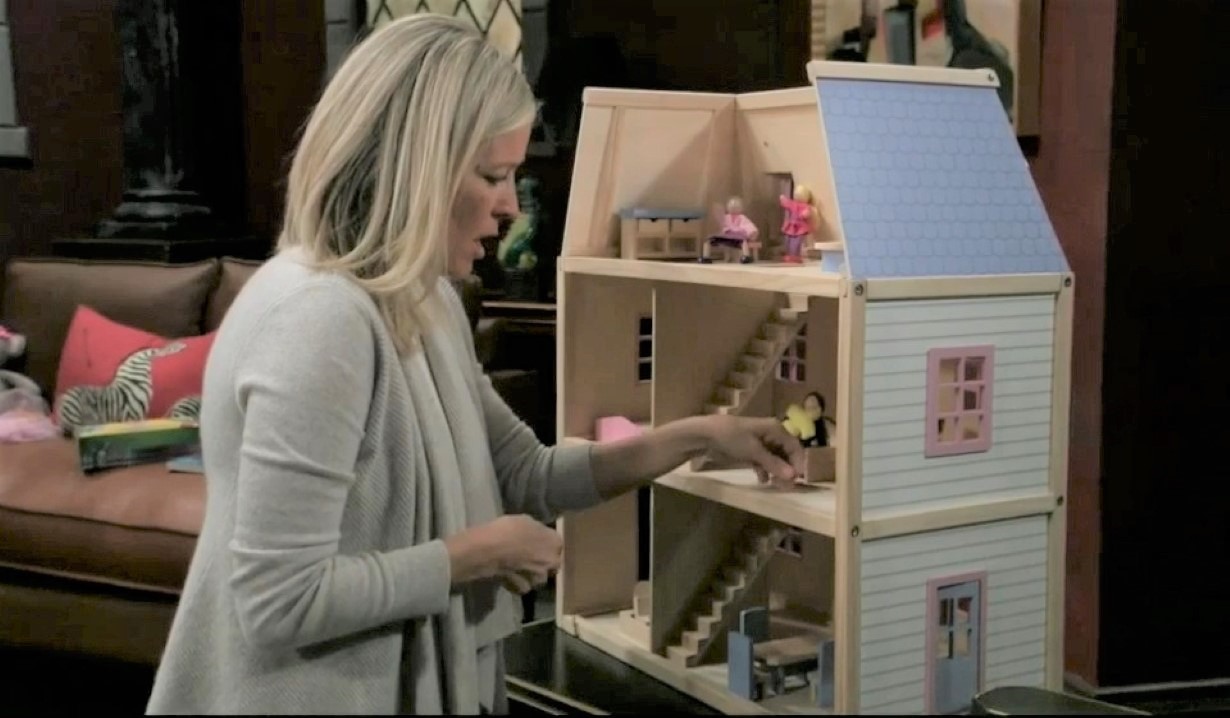 It’s morning at Tan-o’s and Lenny discovers that Sonny has been working all night. The barkeep immediately calls Phyllis. She arrives and shakes her head as Sonny struggles with a chair. The nurse reminds him that he was just in the hospital, but he feels like he could run a marathon. Phyllis asks Sonny to come back to the clinic so a doctor can look him over. He insists there is nothing wrong with him. She tells Lenny that Sonny reminds her of a patient who was bipolar. Sonny overhears this and takes off.

At the Corinthos compound, Carly looks at a photo of Sonny and sobs. Bobbie shows up. She gives her daughter an update on Florence and explains she’s fine. Carly tells her about how much trouble will be stirred up if Nina learns Nelle was her daughter. She needs her to get the necklace back from Avery and replace it with a half-heart necklace that won’t fit with Nina’s. 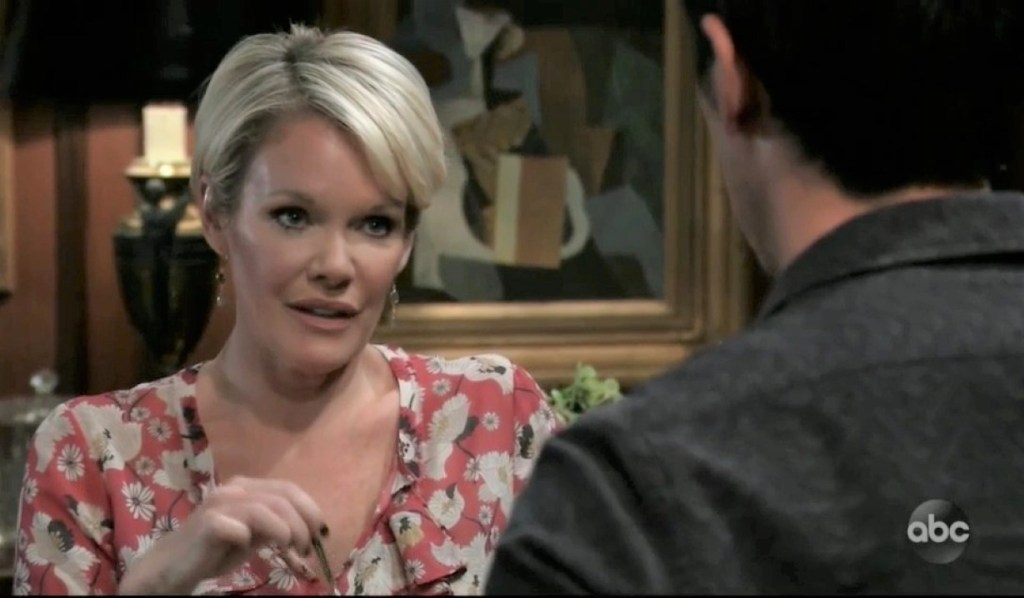 At Wyndemere, Nikolas is eager to go riding with Ava but she’s waiting for Carly. She may not like it, but Avery has developed a strong connection with Carly, so they need to work something out. Besides, accommodating Carly will put her in her debt. Carly arrives with Bobbie and they start discussing the necklace. Ava wonders why she had it hidden away. Bobbie goes off to ‘freshen up’, leaving Nikolas to snipe at Carly. After his wife sends the prince riding, Carly gets a text from her mom saying she can’t find the necklace. Carly plays for time by arguing about Nikolas. Bobbie interrupts and Carly walks off to look while her mom keeps Ava distracted.

Carly sneaks into Avery’s room and swaps the necklaces in the dollhouse. Before the deed is done, someone interrupts. 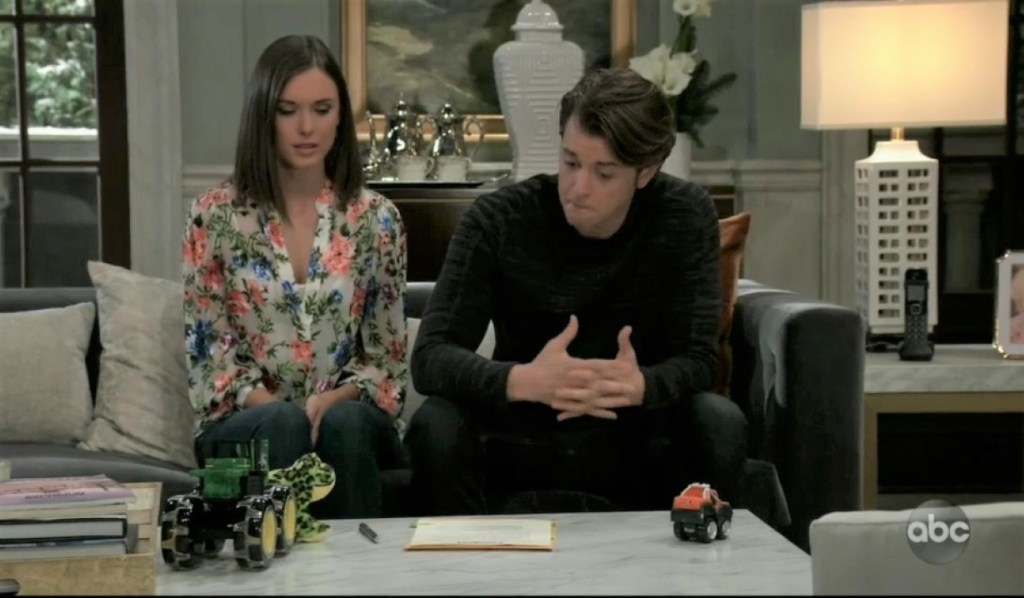 At the Quartermaine estate, Michael and Willow look at their annulment papers. They waffle until Wiley wanders in. When Michael leaves them alone, Willow tells the kid that she’s finally found the family she always wanted. When Michael returns, Willow excuses herself and Wiley’s father tells him how much things have changed, and he wishes they were easier to fix. Willow calls them into the kitchen for pancakes. After eating, Michael and Willow return. He signs the papers. She wipes away a tear and signs too.

More: The surprise that could keep Michael and Willow together 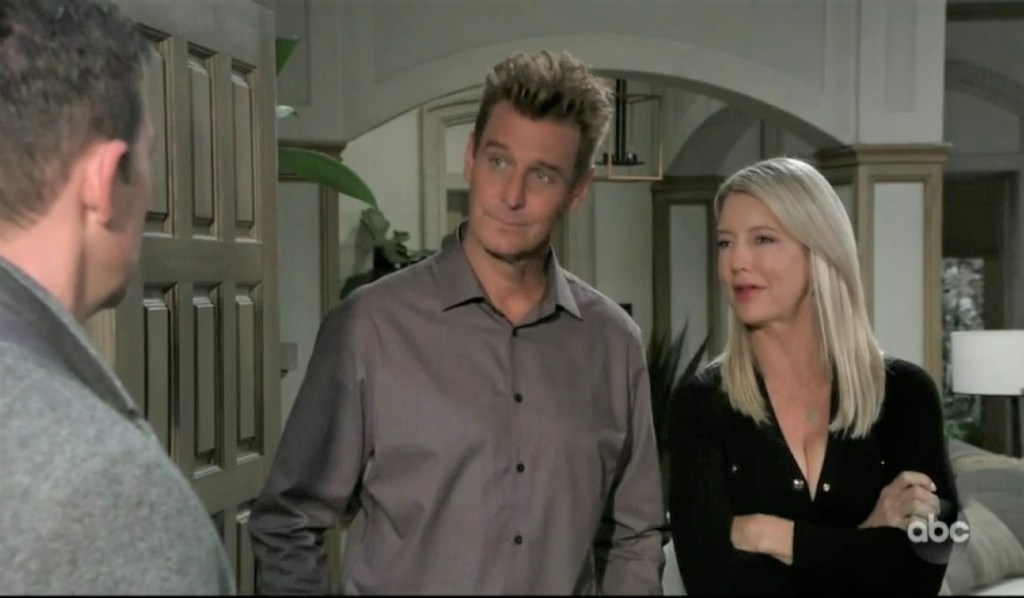 Valentin shows up at Jax’s to ask him if Nina knows what he’s doing for Carly. Nina pops up to defend their relationship. Valentin asks how much Jax knows about Florence’s kidnapping. Jasper insists he knows nothing and sends him away. Nina believes Jax, but assumes that Carly must actually be involved in what’s happening. He admits that Carly will always back Jason. When he wants to leave to check on Carly, she tells him he shouldn’t get involved. She points out that Valentin is setting him up to prove Carly will always be his first priority. He insists that isn’t the case so she suggests they show Valentin no one can come between them.

When Maxie and Sasha enter the Metro Court, they are approached by a journalist who starts grilling her about her drug use. Maxie lectures her and threatens to have her thrown out. She tells Sasha they need to control this narrative, spots Jackie, and gets an idea. 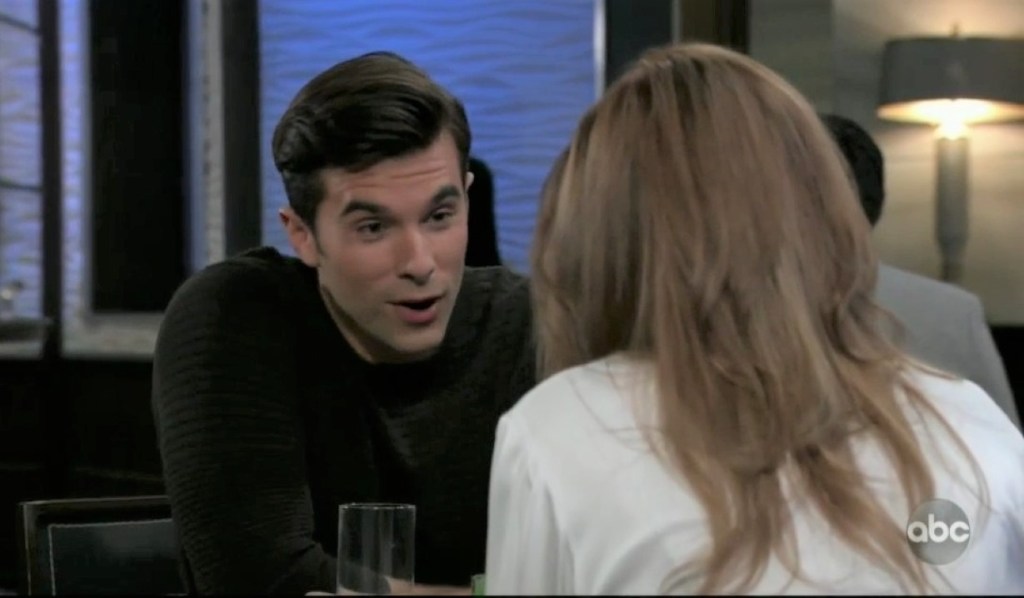 Jackie joins Chase and asks if he has any leads on the warehouse killings. Martin interrupts and announces that he will be the reporter’s next big story. He tells her about the abduction. Maxie calls Chase over and leaves him at the bar with Sasha. She asks him to introduce her to his mom so she can tell her story.

Chase returns to his mom and gives her Sasha’s pitch, explaining his relationship with her. Jackie agrees to listen but won’t commit to anything. After listening to Sasha’s story, she agrees to do the piece.

Around the corner, Valentin joins Martin and isn’t impressed when the lawyer tells him he’s given Jackie his story. He points out that Jason won’t respond well to pressure and explains that he’s lit a fuse under someone very close to Carly.

On the next General Hospital: Portia turns to Curtis for some help.

Get your free daily soap-opera fix for General Hospital — and all of the other daytime dramas — delivered straight to your email inbox by signing up for Soaps.com’s newsletter. And don’t miss our gallery looking back on the history of Search for Tomorrow.

Jason Loads His Gun After a...

Finn Is Shocked by Jackie’s...