Thursday, December 17, 2020: Today on General Hospital, Michael and Chase confront their problems, Portia and Trina are shocked Taggert is alive, and Sonny hunts down Julian. 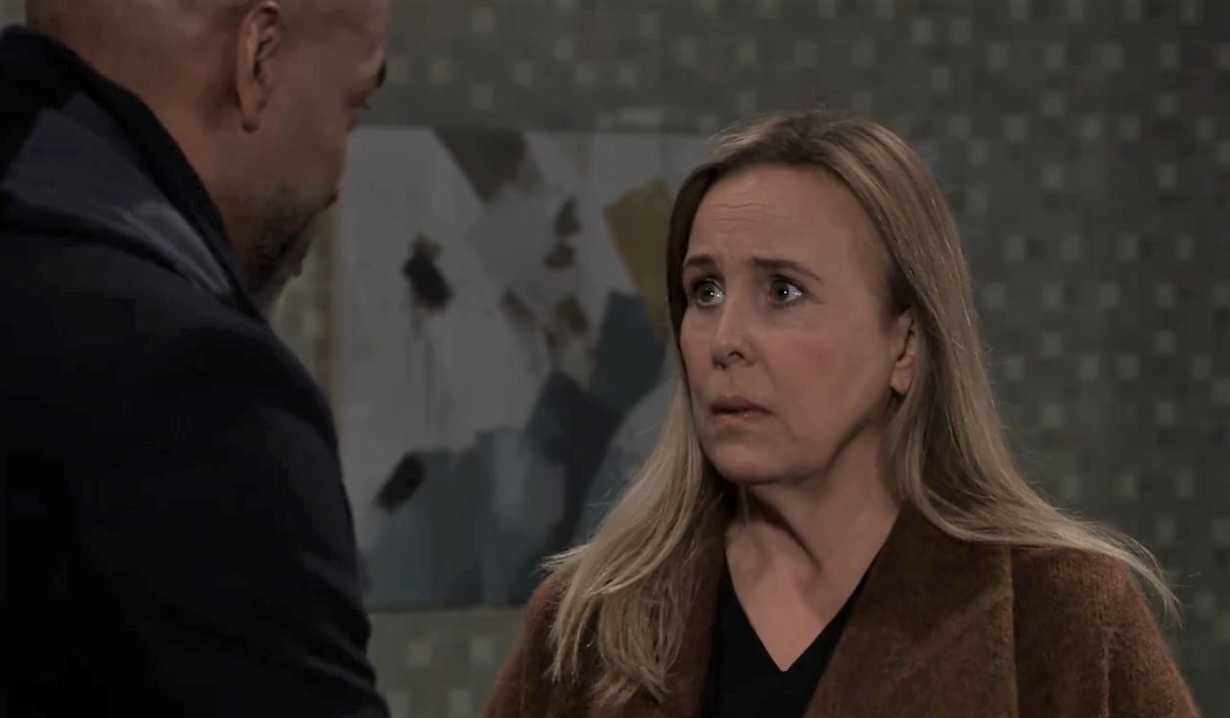 At General Hospital, Trina tells Portia that Cyrus isn’t playing her. Taggert is probably alive. Portia refuses to accept that the staff or Taggert would take part in a conspiracy to fake his death. 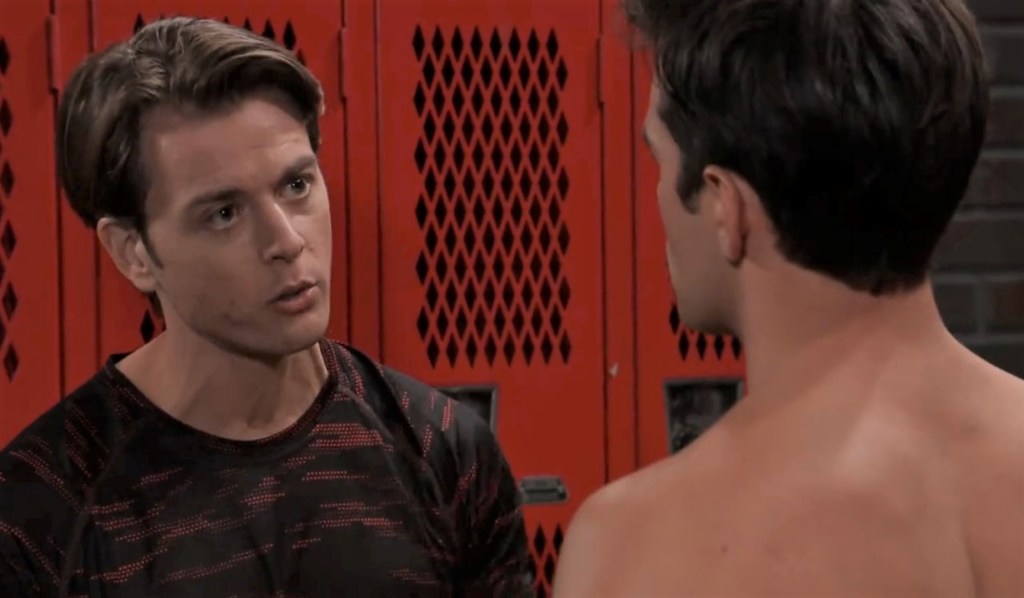 In the locker room at the gym, Michael and Chase start bickering about what happened. Michael refuses to treat him like a hero after what the cop did to him and Willow. Chase insists that the plan only could have worked if Michael and Willow believed it was all real. He doesn’t want thanks, just a chance to get his friend back. The Corinthos says he didn’t make much of a sacrifice if he wants to have back what he gave up. Michael points out that Sasha nearly died while he and Willow’s marriage became more real than they intended. Chase apologizes for screwing up. Michael gut punches him. After they banter, Michael says this is a start to making things better. 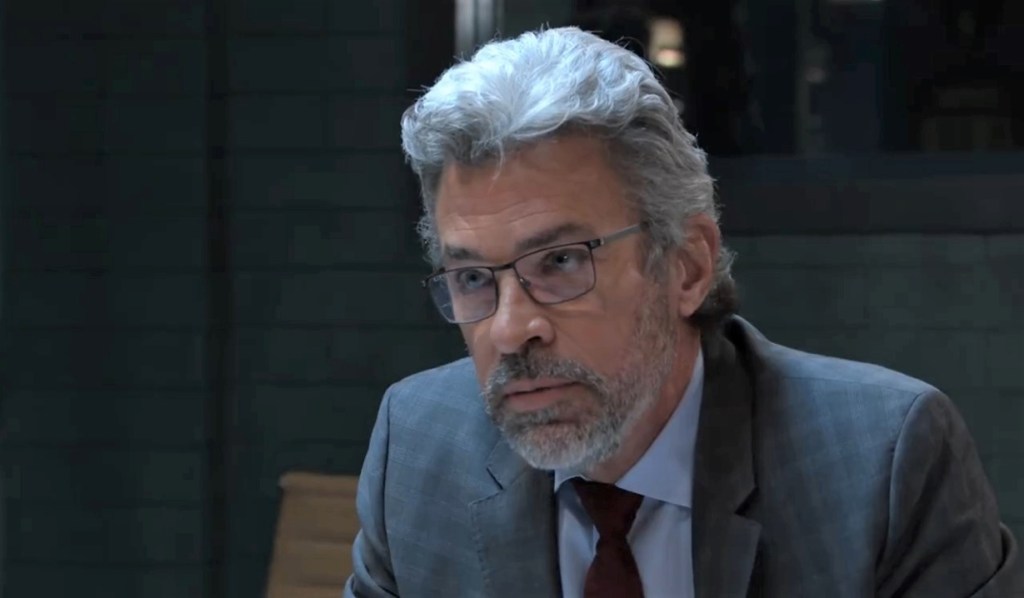 Mac takes Taggert (temporarily played by Asante Jones) into the interrogation room at the PCPD. He asks him who helped fake his death. Taggert wants a lawyer. Jordan watches and calls Curtis to tell him that trouble is brewing. He says that he and Laura are on the brink of something. When she gets off the line, she calls Sonny to give him a heads up. Portia and Trina arrive. The doctor complains about Cyrus claiming Taggert is alive. Suddenly, the supposedly dead man pops up and Trina runs into his arms. The enthusiasm fades and she wants some answers. She tells him how awful she’s felt and storms out.

At the facility in Vermont, Laura sneaks into Florence’s room. She hides in the bathroom as Martin arrives with a gift. Laura sends Curtis an emergency text and listens as Martin apologizes to his mother for only being able to make it once a week. He’s brought her a hummingbird cake. When he goes for water, Laura leaps out. Before the lawyer can learn why she’s there, Curtis bursts in and says they need to keep this quiet. The mayor hopes Martin can answer some questions. After Curtis heads back to Port Charles, Martin talks about how much Florence misses his father. Laura admits that Gordon Gray is her father too. This is news to him, although his father did have a wandering eye. She wonders why Cyrus is paying for his mother’s care. Cyrus arrives and announces she’s his mother too.

Mac takes Jordan to his office at the PCPD and she admits she knew about Taggert being alive. When they return to the others, Portia is escorting Trina out. Mac tells Taggert the safest place for him is in the cells. As he leads him down to them, Curtis arrives, startled to see the dead man. 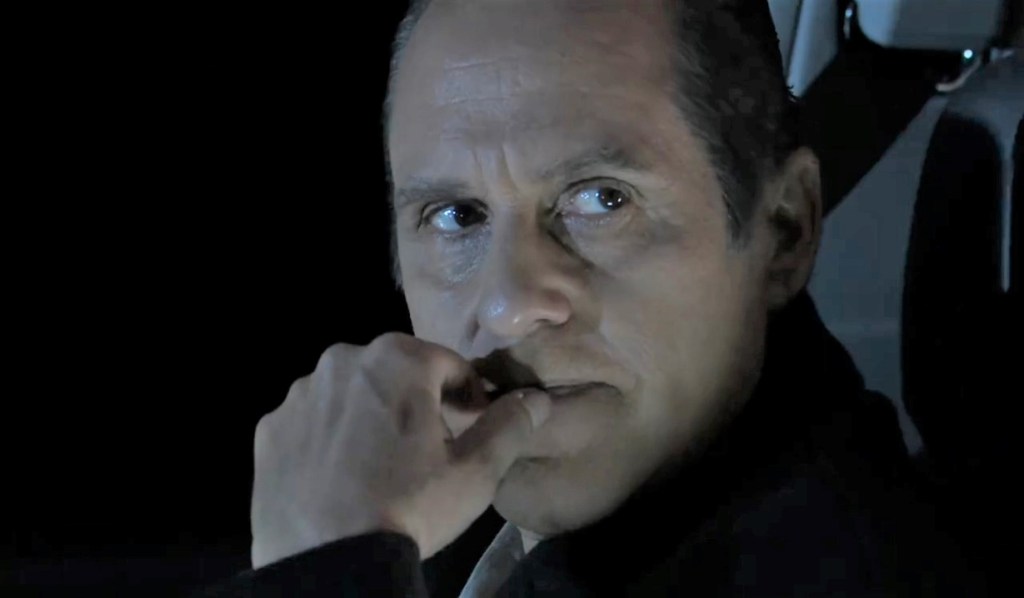 Sonny and Jason are driving to the bus station in New Jersey, eager to get Julian before Cyrus. 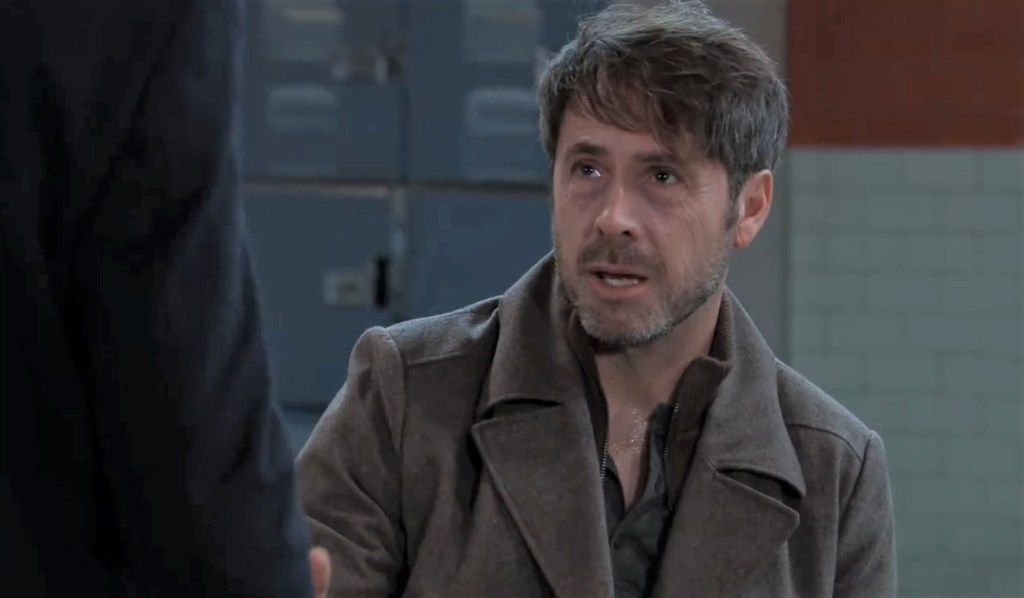 At the bus station in Secaucus, New Jersey, Julian is eager to catch the bus to Montreal but he fell asleep and missed it. A man sitting next to him says he’ll have to wait until the morning. Julian offers to buy his ticket to Roanoke. Jerome needs out of New York fast. One of Cyrus’ goons levels a gun at Julian from behind a pillar. He paces as Julian buys a ticket from the man and is left alone. Before he can hobble onto a bus, Jason and Sonny appear. Renault’s hitman is ordered to take out all three and opens fire. Julian runs off and Sonny goes after him. Jason and the hitman shoot at each other until Stone Cold kills him.

Julian makes it outside to a bridge. Sonny corners him with a gun and says this ends now.

On the next General Hospital: Martin questions Cyrus’ motives.

Get your free daily soap-opera fix for General Hospital — and all of the other daytime dramas — delivered straight to your email inbox by signing up for Soaps.com’s newsletter. And don’t miss our gallery of soap superstars in new roles. 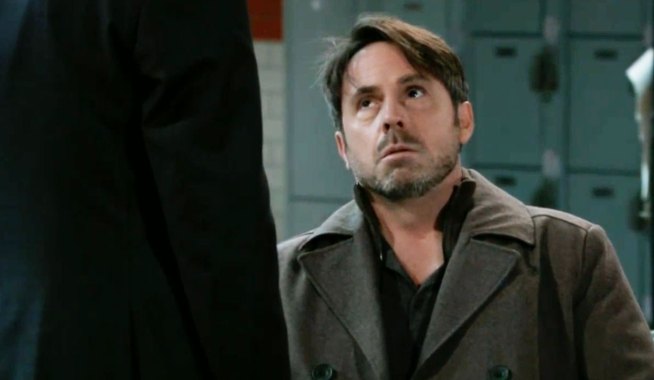 Tragedy Strikes When Sonny Confronts Julian on the Footbridge 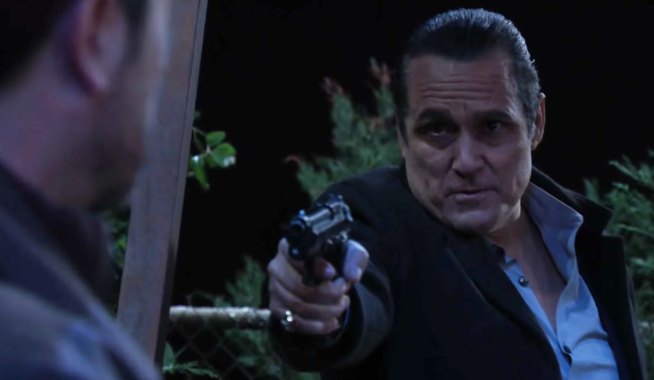