Monday, December 7, 2020: Today on General Hospital, Valentin has a disturbing encounter with Dante, Franco is desperate for answers, and Violet meets her grandfather. 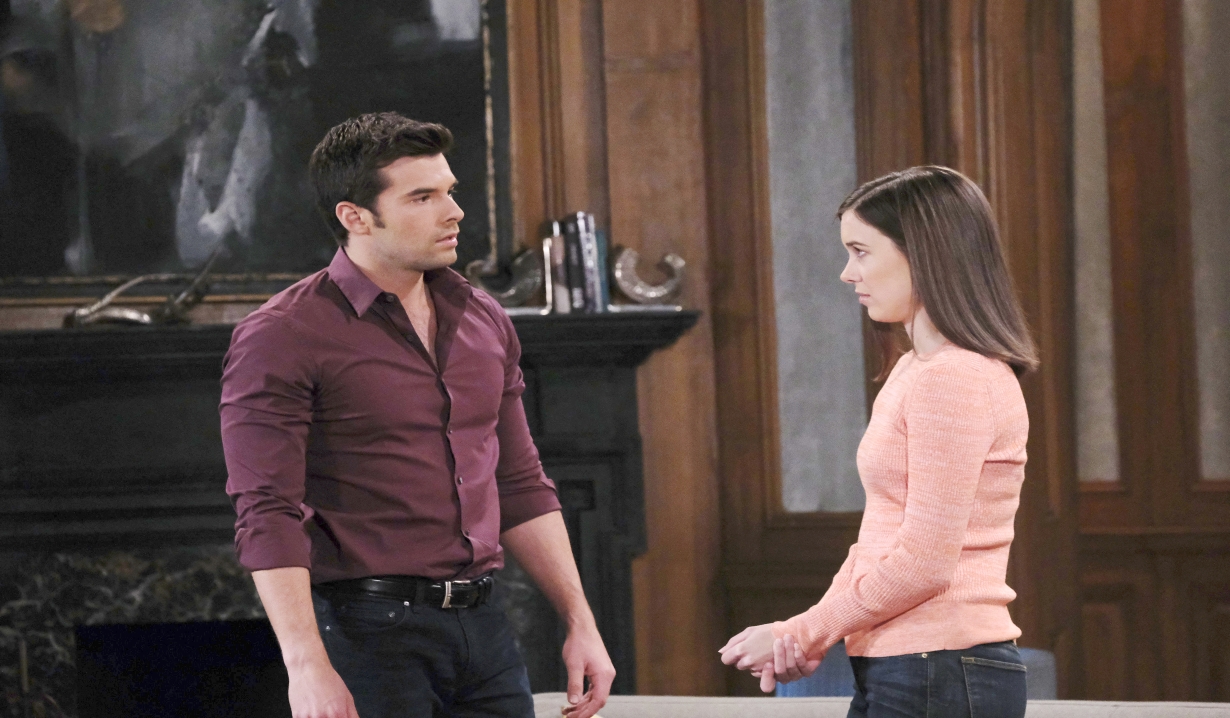 Chase meets with Willow at the Quartermaine estate. She says that he and Sasha’s deception made things complicated. He wanted to come clean earlier but could see that she and Michael had gotten much closer. When she admits to being attracted to Michael, the cop suggests they just move on. Willow insists it’s not that simple given that he still has feelings for her. They both wish they could go back, but know they can’t. She confesses that this only hurts because she still loves him. Chase is thrilled by her confession, but Willow makes it clear this is actually a further complication because she’s gotten involved with Michael. Chase isn’t sure if he should kiss Willow or shake her hand. She suggests they simply say goodnight. 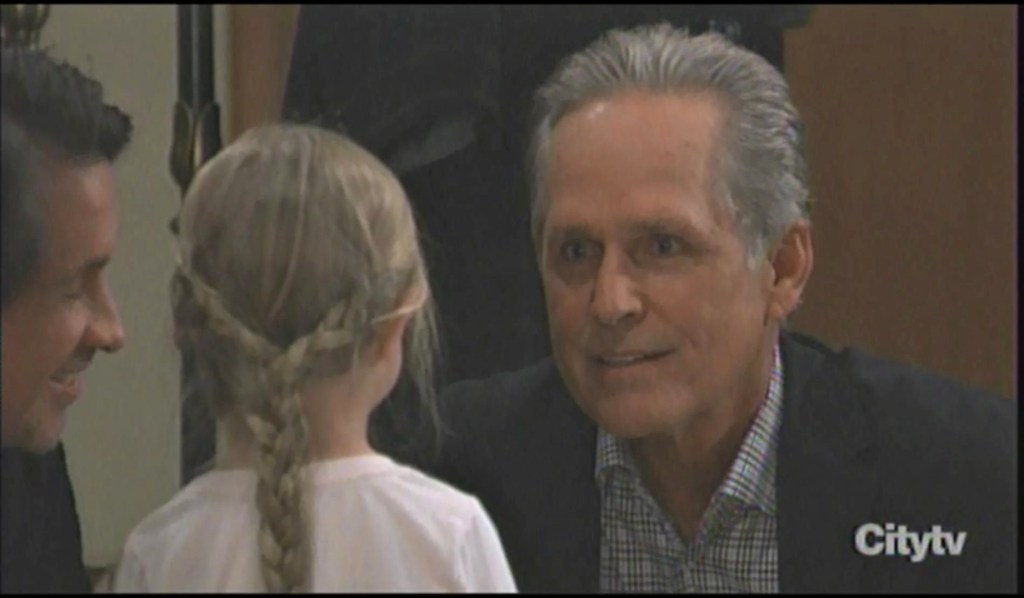 At Anna’s, she joins Finn as Violet shows them a drawing of their family. After the little girl goes upstairs, Finn tells Anna how much he missed home when he was in the hospital. She thinks it’s time Violet got to know her grandfather. Gregory arrives and Anna announces she has to leave. Once the men are left alone, Violet comes down the steps. Finn introduces them and suggests his father should tell Violet a story. After Gregory tells her a pirate tale, her father sends her up to bed. Finn can remember hearing the same stories as a child. His father breaks the news that he and Jackie have decided to separate. He explains that they grew apart. Before he leaves, he adds that he’ll be sticking around Port Charles. Once he leaves, Chase arrives, smiling, and explains that he finally told Willow the truth. 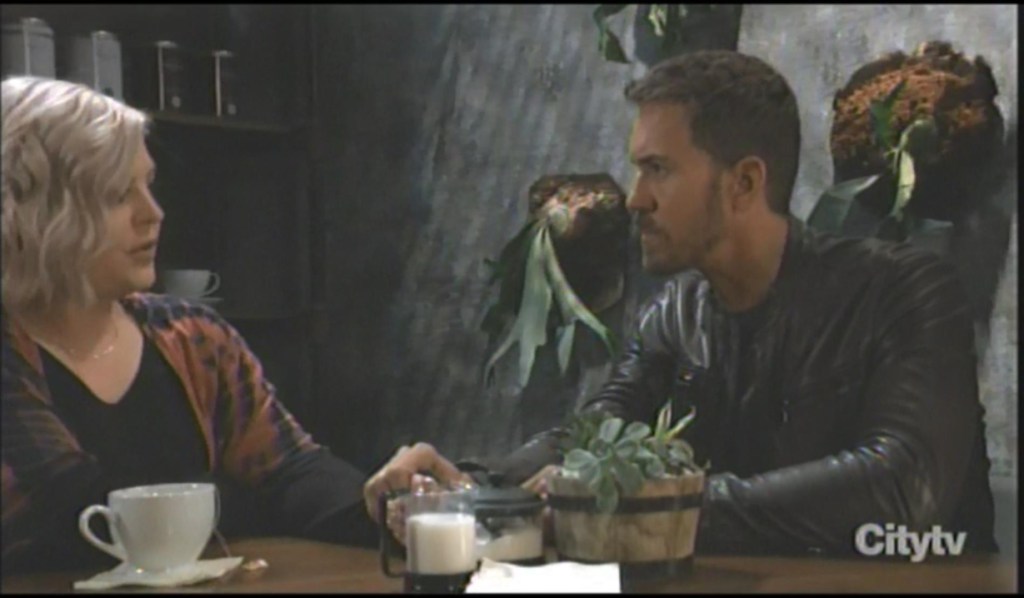 Peter meets with Maxie at Perks. She feels selfish for missing Lulu. Having learned it’s foolish to waste a single minute of life, she wants to get married immediately. She’s already asked his mom to help with the new plans. After Peter exits, Anna arrives and Maxie tells her she wants to move her wedding up. Excitedly, Maxie suggests they have a double wedding. Anna seems less enthusiastic.

More: What’s the connection between Laura and Cyrus? 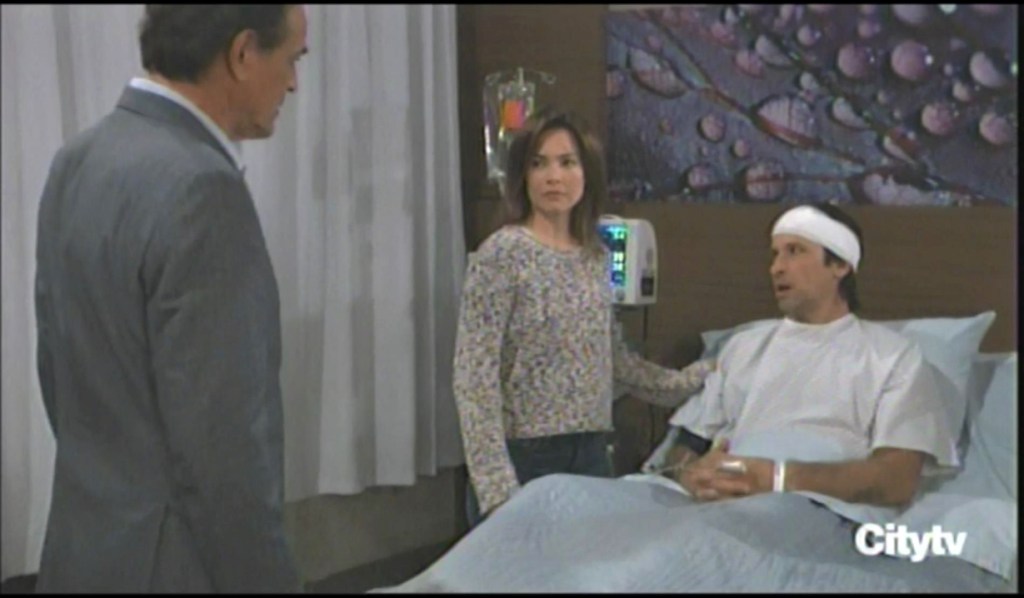 Franco gets out of his bed at General Hospital and grabs his head as he hears Peter’s voice. When Liz arrives, he tells her about it. She calls Kevin in and Franco explains the voice in his head. The doctor thinks that he is just projecting because Peter is Faison’s son and he’s afraid of becoming like him. Scott interrupts this and tells the shrink not to mess with his son’s brain. Kevin says there’s a way they can find out why Peter is in Franco’s head. Franco is willing to try anything, so the doctor leaves to make a call. Franco promises Liz that he will fight this to the bitter end. Down the hall, Michael visits Sasha in her hospital room. She tells him he doesn’t owe her anything. “I owe you everything,” he insists. Sasha never thought he’d look at her so kindly again. His mom told him the truth about her faking an affair with Chase. She thinks saving Wiley was worth it. Michael encourages her to get back to her old self. Maxie bursts in, surprised to see Michael there. After he leaves, Maxie guesses that Sasha doesn’t need a pep talk. 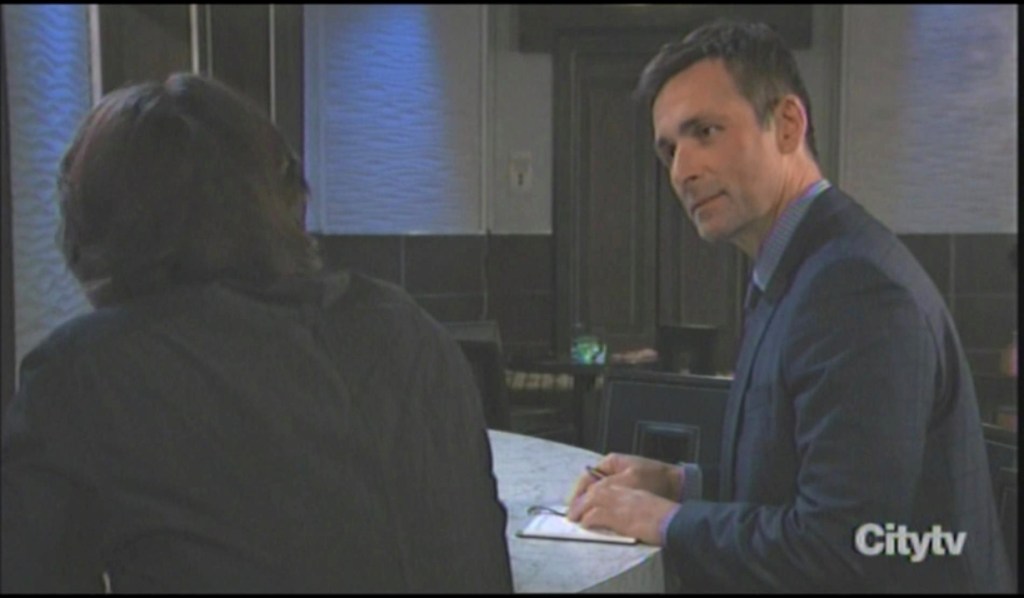 Valentin sits with Dante at the Metro Court. Falconeri isn’t exactly welcoming, but Valentin wants to work out a schedule for Charlotte and Rocco. When he clicks his pen, Dante’s conditioning is triggered. Sensing something is wrong, Valentin insists he wants to end the animosity between them and do what’s best for the kids. Peter interrupts and Valentin walks away. August asks Dante to take a break while he’s sorting out his life. Dante insists that he needs work to focus on. Dante later calls his boss and tells them he’s ready to complete the mission.

Valentin meets Anna at Perks and tells her about his encounter with Dante. He doesn’t think Rocco’s dad is in a proper headspace to be parenting and suggests the WSB may have let him go a little too early. Valentin asks Anna if she will meet with Dante and assess his state of mind.

When Michael gets home, he and Willow agree that they just want what’s best for everyone. They hear Wiley crying and go up to see him.

More: What to buy a soap fan for Christmas

On the next General Hospital: Sam finds herself having to make a difficult choice.

Get your free daily soap-opera fix for General Hospital — and all of the other daytime dramas — delivered straight to your email inbox by signing up for Soaps.com’s newsletter. And don’t miss our gallery of soap stars and their lookalikes.

Nikolas Professes His Love to Ava...

Sam Issues Jason an Order After a...